I have yet to try it, but it sounds fantastic.

How scary it is, you ask? (video may contain spoilers, don't know if there are any, tho. It's just a video of a dude playing.)

Figures... Patch day before my trip to Alpes, bah! Oh well, see you guys in a week or so. Can't wait to see new stuff.

Maybe to keep the turbine temp down with that ugly bonnet air intake (I guess, don't know much about that so wouldn't know how effective it is).
Minecraft
Find post in thread
Mon, 3 Jan 2011 19:39
BlackEye

I think username would be useful.

No wood in this house anymore. 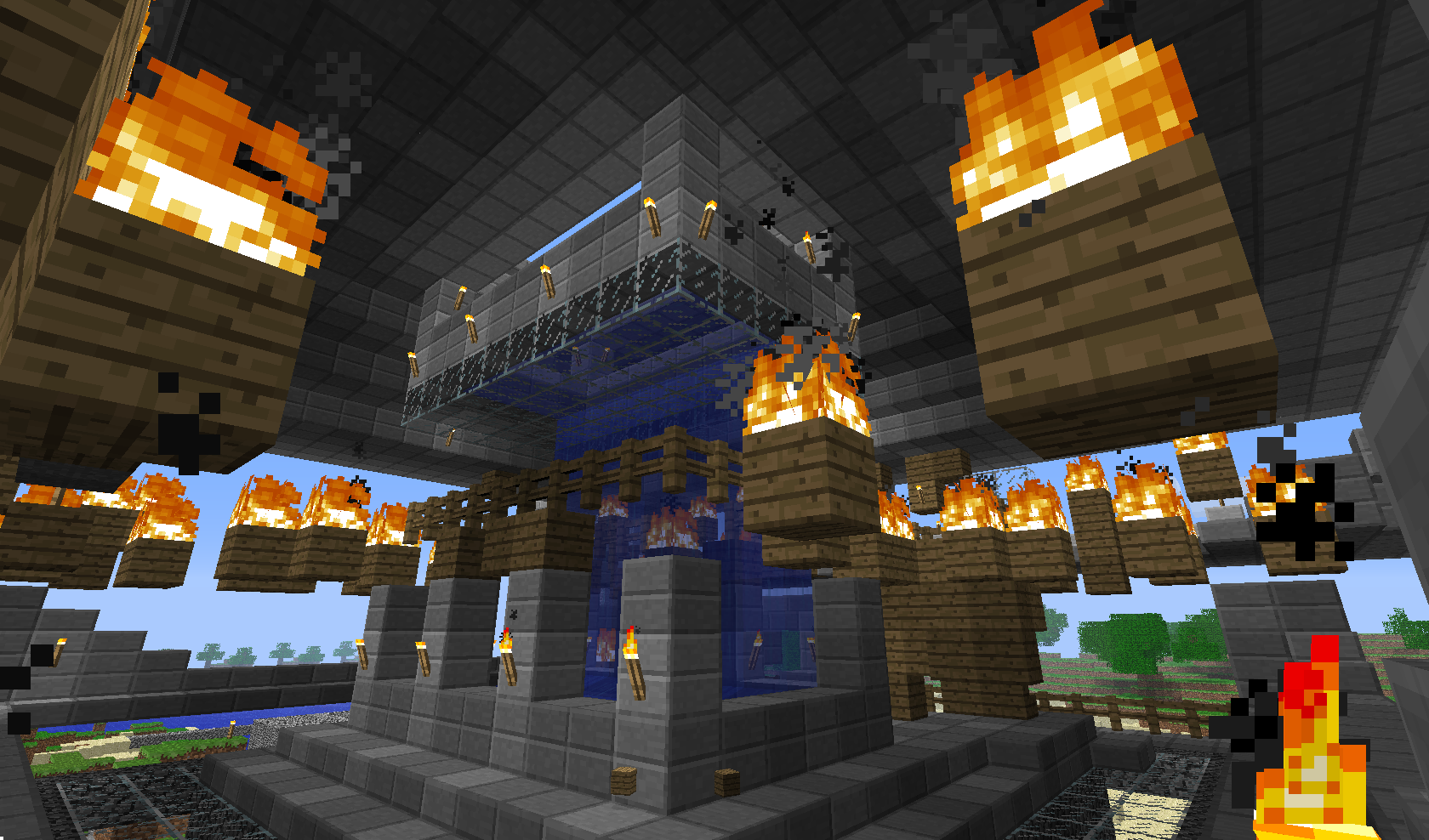 Have you thought about removing the battery untill good riding conditions?

I thought if I don't get any info on it, it isn't being used, thus can be tucked away in a chest for a while.

But sure, once I feel the need for lava or just bored, I'll move it a bit.

Just thinking out loud now.
How about we make a little freebie forum for this instead of making use of one thread here?
Minecraft
Find post in thread
Wed, 22 Dec 2010 20:40
BlackEye

Oh man, another update that requires server update.
I wish there was an option "Would you like to download update x.x.xx? - Yes/ No".

Allthough, Notch did blog about Release candidates etc.
Maybe some options on updates are already in the oven.

Oh, while I'm posting...
Someone has build some "minecart station"(?) right next to my house.
As I was planning to add row or two (probably three) of lava around the house, maybe we could move it a little bit?

If I don't get any info on this "station", I'm gonna destroy it and place blocks/torches in a chest close to that area.

I'm just happy that we can keep our current world and not have to start a new one.

There's some bug with chests but they are working on fixing it. (bottom two rows cannot be used, only if new world is started, but don't do that.

C'mon Boosted, what the hell are you doing out?

I see.
Well then, thank you whoever you are.

At last I don't have to run like mad from monsters.

So, anyone else found new stuff in their chest?
For me, mucho rock and 64 diamonds appeared out of nowhere. :wizard:
Thank you, MC.

Love is in the air! 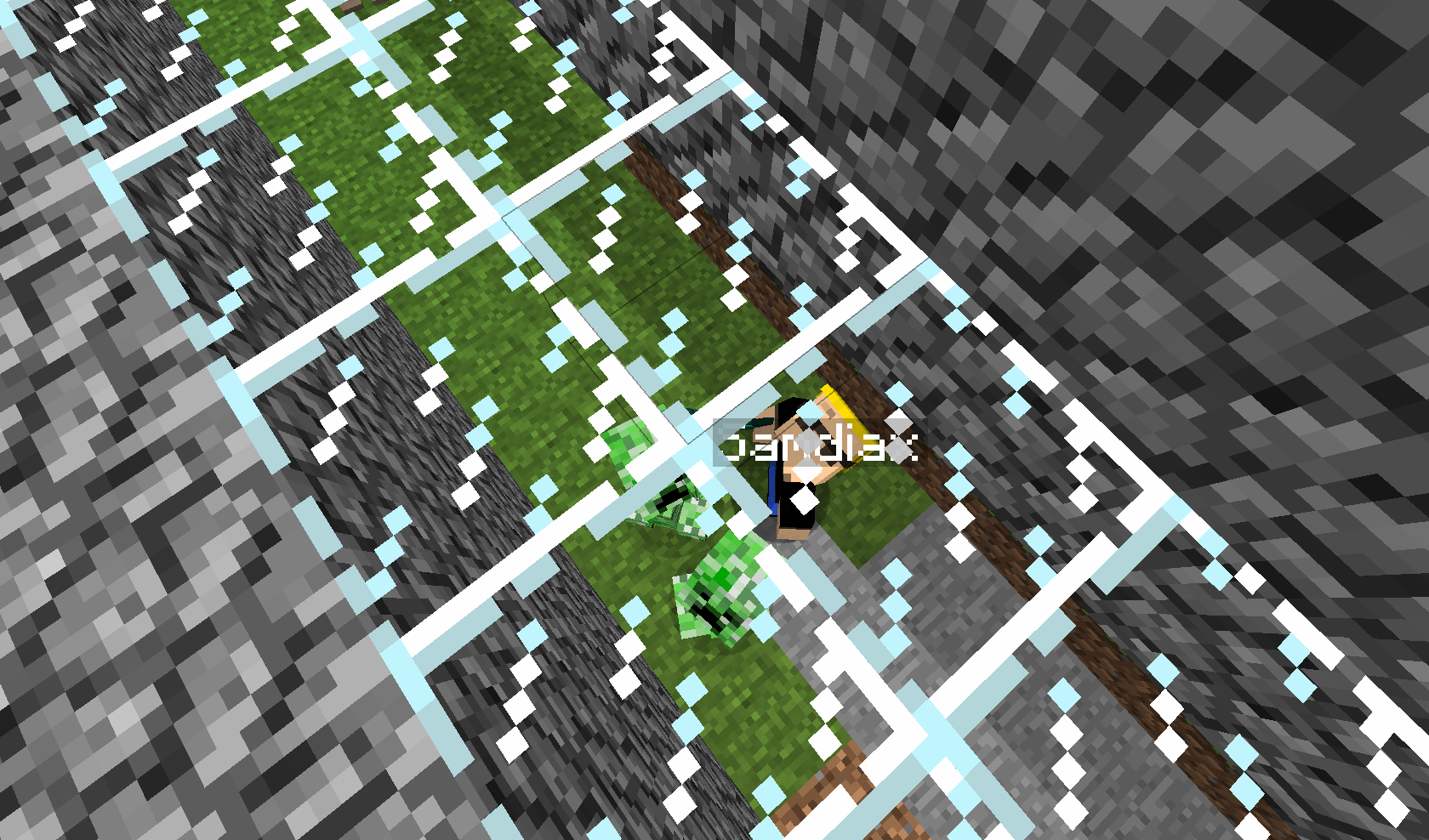 Just bought the game, not sure what the hell am I supposed to do.

Been surviving in SP for a couple of hours and building a tower of some sort.
I guess there isn't some goal in game? Checked the wiki, didn't find anything, so I guess no.
Damn fun anyway tho.

I'll leave my username here (tequilapuzh) so you can add me to whitelist
and I'll pop in to see if you guys have any fun things to do.

Have a good one, and many more to come.

I thought long and hard where should I pop this link to. Hilarius video, Music I listen to...

And so you code

OK then, somebody start a petition or something for a PC port.

@Chupacabras84
Yeah, they (I mean Eric) probably use some commercial 3D program to model, but I guess Scawen made him some app to import stuff into LFS.
At least that's how my brother worked with his artist and sometimes I see alot of similarity between them.

Now I am a witch, guessing shit and all that.

P.S. I imagine LFS modding similar to that, way to optimistic.

Pretty much Tweak, but with added features.

Edit: Nick, as long as it isn't official (so, no "Approve stamp" by devs), they probably won't sue because you (mod creator) won't profit from it.
If anyone has influence in that and they make profit from it, sharks gonna bite pretty soon.
They could probably sue modders too, but it's too much hassle for no profit so they let it slide. (this is a guess also, I'm not that much into law)
Last edited by BlackEye, Wed, 29 Sep 2010 13:48.
[OLD] Tyre Physics Progress Report
Find post in thread
Wed, 29 Sep 2010 12:25
BlackEye

@Nick:
That would be sweet.

But devs need to stay way way clear of any mods unless they want their ass sued.

And what is this? Is it mod tools? It can't be, you said in the beginning of the same sentence something else. Make up your mind.

Tools they use/have build so far will be mod tools if devs choose to open LFS to modding some day in the future.

For other points, yeah... some are good, thank you.
Allthough, it doesn't affect just the creators of the mods. It affects me as a player as well, because if some dude decide he can't be arsed to update I've lost my fav car/track to play on.

Anyway, I agree with some of your points too. Well, pretty much everything except public modding. Sure, there would be some great mods, but it's just not worth the trouble right now. Number of reasons for that.What I'm most worried is half assed mods.
I mean, some guy suggested this few pages back and gave an example of some 3D studio models to be used? I mean, come on!

No PC on this forum would give 20 FPS with one car like that, let alone a full grid.

Again, I would love to see this as much as you would, I'm just trying to point out the other side of the penny.

P.S. I am not a witch, I don't claim that I know what are they working on, just info on stuff I've read over the past 7-8 years here and oldRSC.