There will be mirrors for the download, as there was allways one for patch/full

And probably soon there will be a torrent or something

.
Don't worry, you'll get your patch

As far as I know, you put teaspoon of sugar in it, then set on flame the whole drink, take off flames and drink it

.
At least that is what I can remember of that night

This is what happened to me when i test drove it, do NOT try out this layout 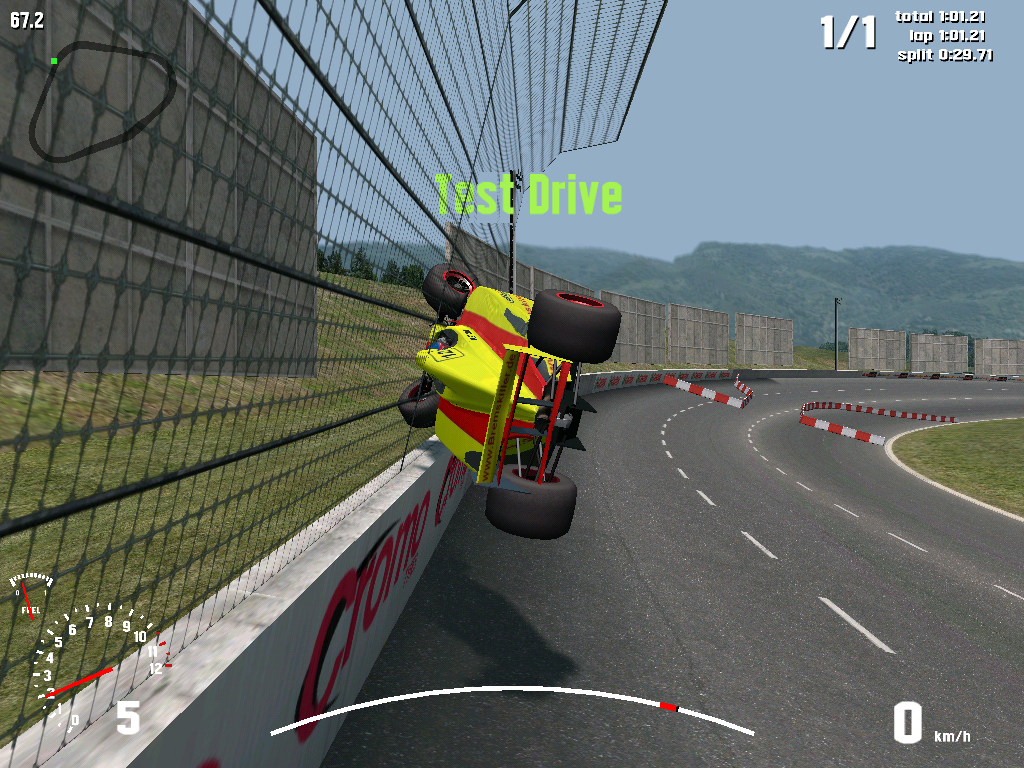 /me goes to sleep and dream about S3

oh great... i really wanted to see that shot.

isn't there allready mod that keeps headlights on?

maybe that one doesn't work anymore

If i remember right, you can set look functions to mouse, so you can look where ever you want with your mouse and center view with some button.
Dunno is that still an option and as i remember it, it can be little tricky, will try it again when I get home

and Kate Winslet as: wild FO8?

I'm pretty much on work from 8am till 6-7 pm. It's not unusual to stay till 10 pm and I work most of the weekends.
Money is good and I can have a break when ever i want

P.S. 'till now i thought everyone can have a break when ever they want

There was a lot of threads about this on RSC, but lets go once again

.
If devs release car/track editor it will NOT happen before S3 becouse :

1) They don't want to have their car that is let's say made to look/feel like
Ferrari and that someone makes a car in editor that looks/feels exactly like Ferrari.

2) Editors they use change a lot (some dev said that in some interview) so
it's stupid to release them and make people learn all over again how
to work with it.

Revelation of a mistery man/girl(?!)

. Kinda not a good time for a race, I'm usually out drinking on fridays

And my friends call me crazy

I was just kidding HorsePower

, I must point that out next time

I don't know what's the weight of male/female driver, but if it's calculated
I guess (if they're in top shape, as a racer needs to be

) that difference
is no more then 5-10 kg or so.
In that case, it doesn't make much difference in a acceleration or an overall lap time

And forced setup option would also reduce servers with car/track combo what one wants to play, allready it's sort off hard to find it.
New option: Force default setup, what do you think?
Find post in thread
Tue, 8 Nov 2005 11:48
BlackEye

How can you have a close race if you drive a set with ex. to much oversteer for your driving style and you can't keep a clean race line?
how? [...to make drivers arm to move to shift gears...]
Find post in thread
Sun, 2 Oct 2005 13:26
BlackEye

This would only work fine if we had gloves with motion detector (so you need a H shifter etc etc).

This is not a real joke, but... for bush joke lovers