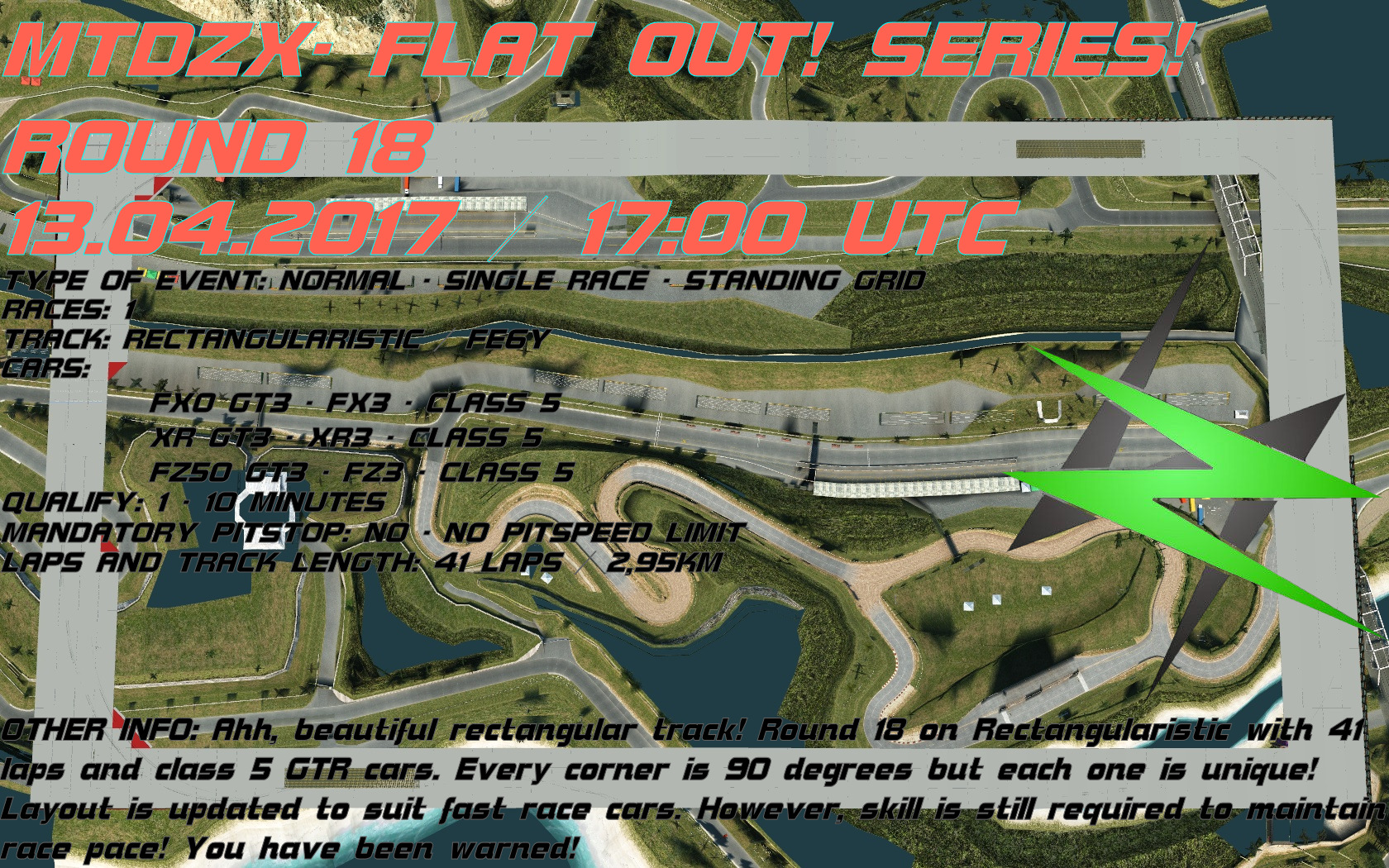 24 minutes to go! not much people have joined, it is easy to get some points for to obtain some "collectibles"
UnknownMaster21 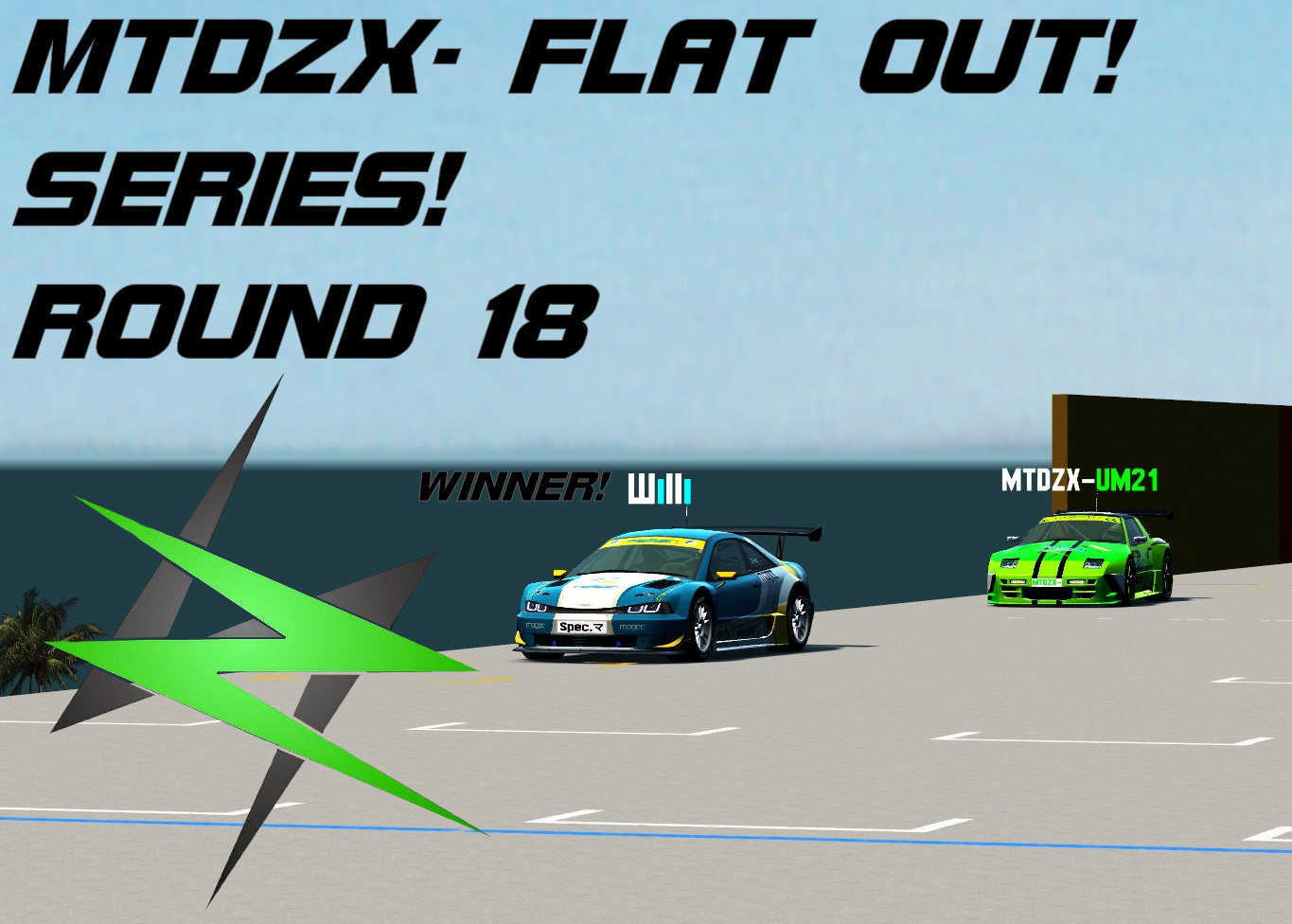 Wow! Despite track being easy and quite fun to drive, it did not bring out much people. Only four guys did start and 75% of them finished. All three different cars were shown. Trivia will tell more than this prologue of race report, but anyway...

Congratulations once again to Willi, who managed to beat UM21 and his crappy suspension by 0,38 seconds. The race was tight and it was showing UM21 was escaping to victory, till suspension got damaged and had effect on tire temperatures as well. Willi was doing his pace better, though it was not secured, race was indeed tight.

T. Soini had nothing to do but finish the race. 3rd place was possible to achieve due the first timer, nicknamed as Nissan350z ( LFSW: Datruth ) disapeared all of sudden on lap 5, simply by had to go. Pity...

Well, there isn't much to say at all, just showing video, and two pics: 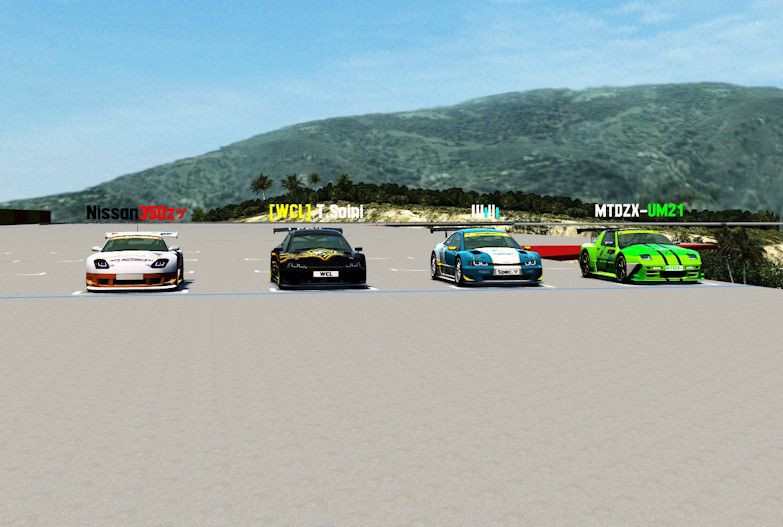 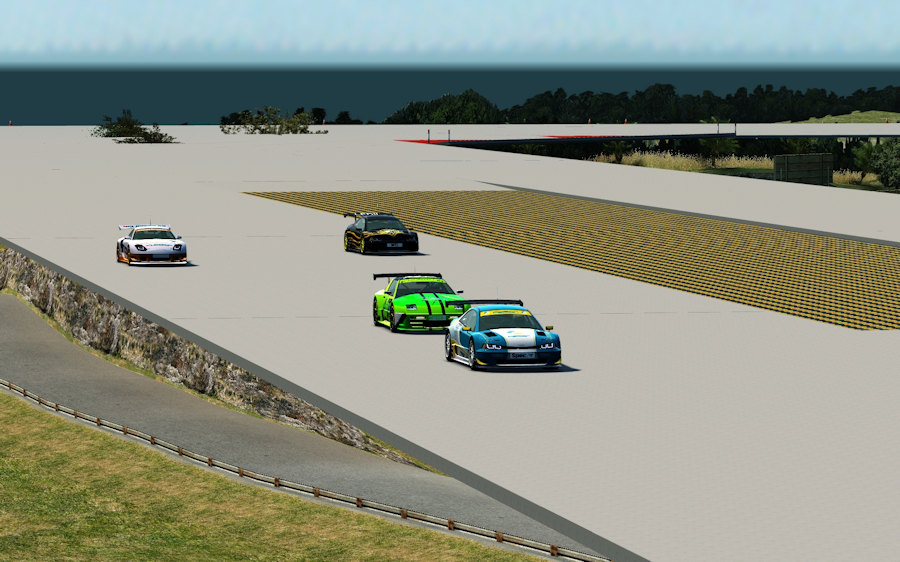 TRIVIA
3rd longest race
Most laps driven in single race so far
The gap between leaders and T.Soini was one second per lap as average. He was gaining the lead at the end.
Will.I.Am managed to hit 200 points in total after the victory.

So, next race will be on thursday, 19:00 UTC and car will be one of the road cars from classes 4-5. Track will be a randomly chosen from Westhill. Stay tuned!
UnknownMaster21

Sorry for delay, but here it is! 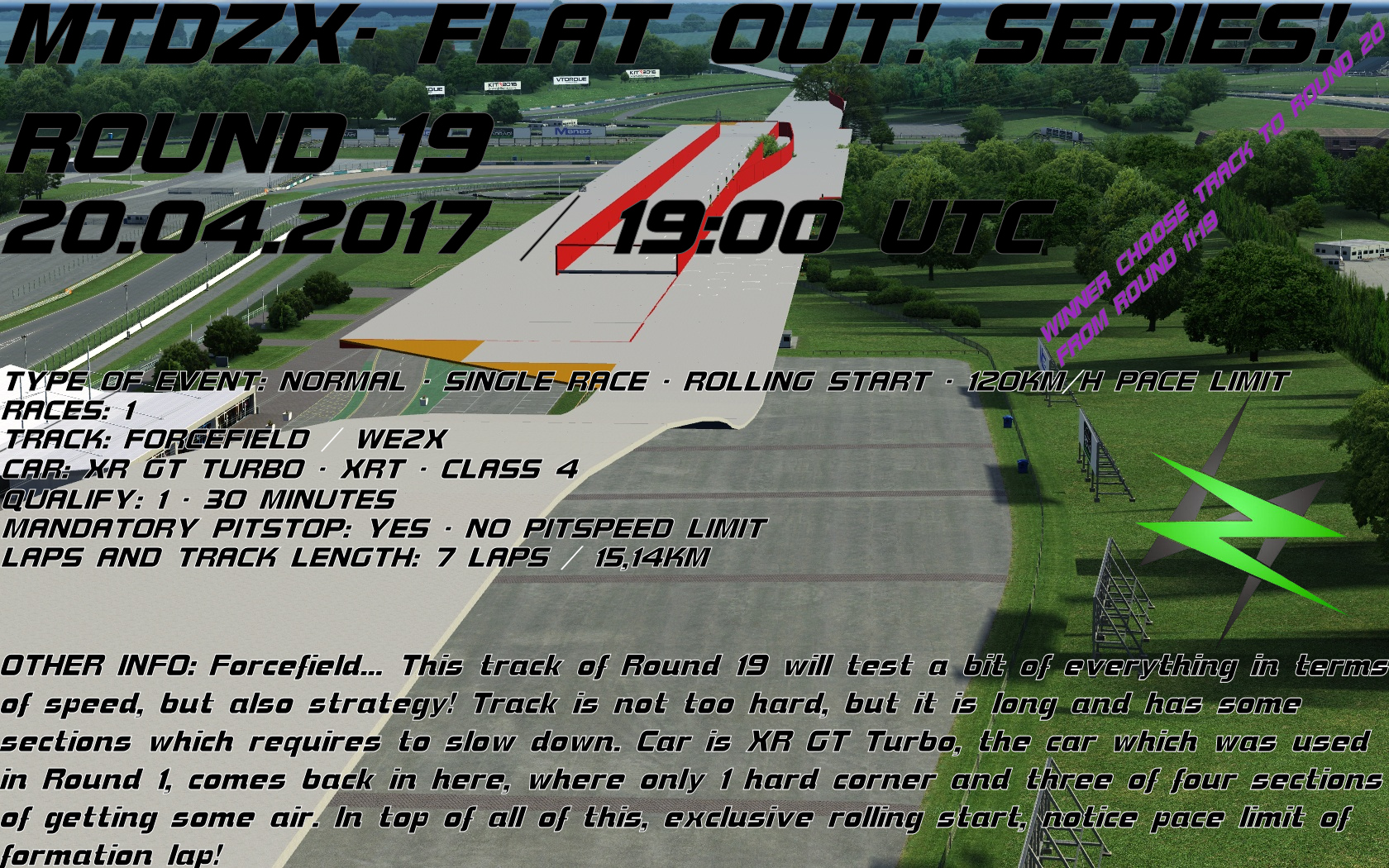 Track and car is locked on server! Remember the winner of Round 19 has an option to choose track for Round 20 from round 11-19!
UnknownMaster21

As 30 minutes to go before Q, I wonder if this is the part of league series by finn? only finn people here! Now lets gets some mix-up! Join join join! ( I have under 3:50 setup )


EDIT: What you are waiting for? Your wife/gf/life partner/ finishes with sandwiches? 29 minutes to go!
EDIT: Immediately we got Mr. Flat Out! lol 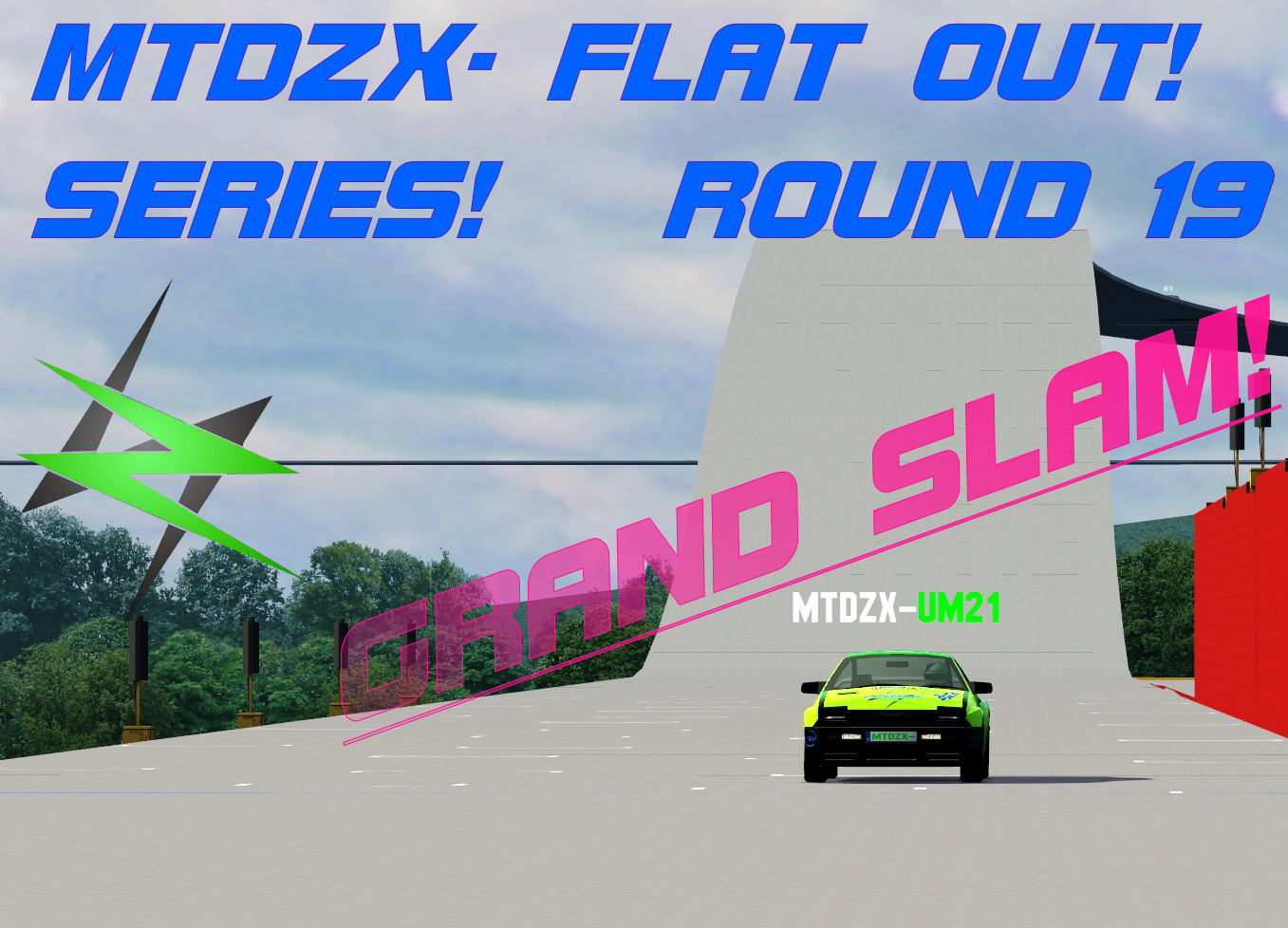 Despite the most favourite car with more than 250km/h top speed and track being one of the fastest with elevations, and adding on top of this, rolling start with 120km/h pace speed, it did not bring much people. Only 4 did Qualify, 5 started and 4 of them finished. The most of interests were held on very first moments of start, which did settle the final results as well. In MTDZX- Flat Out! and it's series, there is never have been so fast process which takes the results as they are on final, excluding massive crashes of course. one turn to the left and finish line after that made some magical moments. Sure, Jay was still ahead of T. Soini after the finish line and loses on Turn 1 by hitting the wall, but suspension were already damaged too much that high-likely he could have not fight it back.

Anyway, winner is the host of FOS, with addition as Grand Slam! 3rd win, and two grand slams makes his spot to the first position on racer stats 1.

2nd place is taken by Willi, who represents team as French Street Racers. 7,62 second gap, but only because UM21 nailed the pitstop ( luckily ).

3rd place is "given" to T. Soini from Sport Racing Team Finland, and 4th position is taken by Jay from Finland! ( jh89 ). Congratulations!


Oh, we had even 5th racer, but he dropped himself, well... you can say he dropped himself way too early. At least there was some humor left after the crash, and also he claimed as never driven on MTDZX- Flat Out! server. That's true! His overall distance in server is LESS than the track length: Track length is 15,14km. His overall distance is 15,04km. Maybe the car was not proper to him, or no one sucked his car, as this guy is named as Jun • Semih ( LFSW: SuckMyCar ).

Anyway, thank you for at least trying. At least you entered the race, better luck next time though

Here is some NOT SO MANY highlights, because... you know...


Before the GREEN is dealt, the situation looks like this: 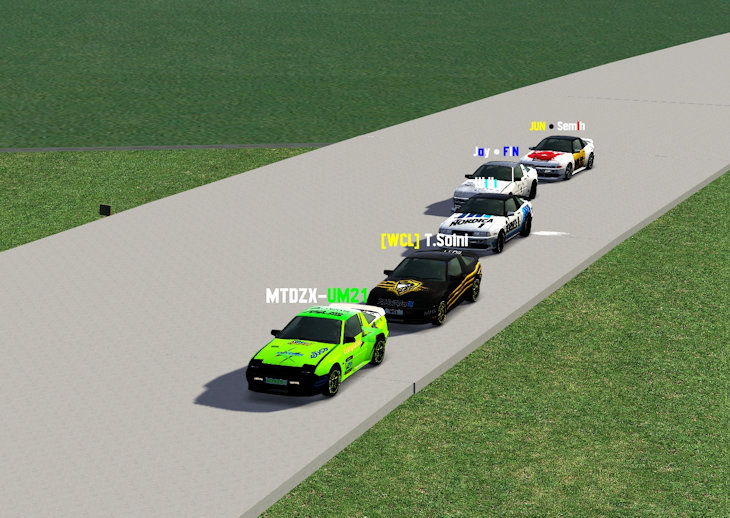 And here is the start thing! Jay got an Excellent start! but output after the turn did backfire greatly.


Jay got backfire card immediately on 2nd lap, as trying to enter the pits, he lost control due the brake adjustment too much on rear, but he did not hit anything. The reason of 2 pitstop is simple: he forgot to repair his car! 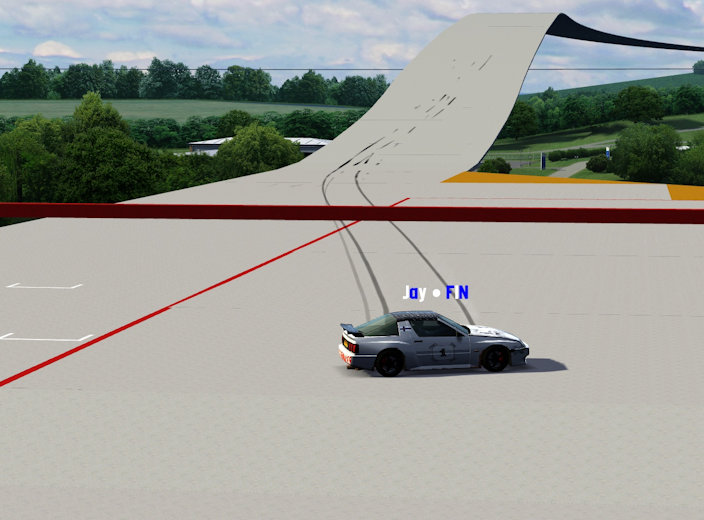 Fastest process of results settled ( virtually, but high-likely in practically as well )
UM21 is the first guy of having more than 1 Grand Slam!
T. Soini almost managed to make pole position: only 0.02 seconds behind of fragile racing driver!
Replay and video tells more
Jun • Semih ( LFSW: SuckMyCar ) had 100 meters less as overall distance than the actual track length of R19, but he still entered. Respect for that, unfortunately it did end way too early. Lol though

Points and statistics are updated!

Thank you for participating! Next round is not yet revealed about when it is, but there will be track of winner's choice on Round 20... 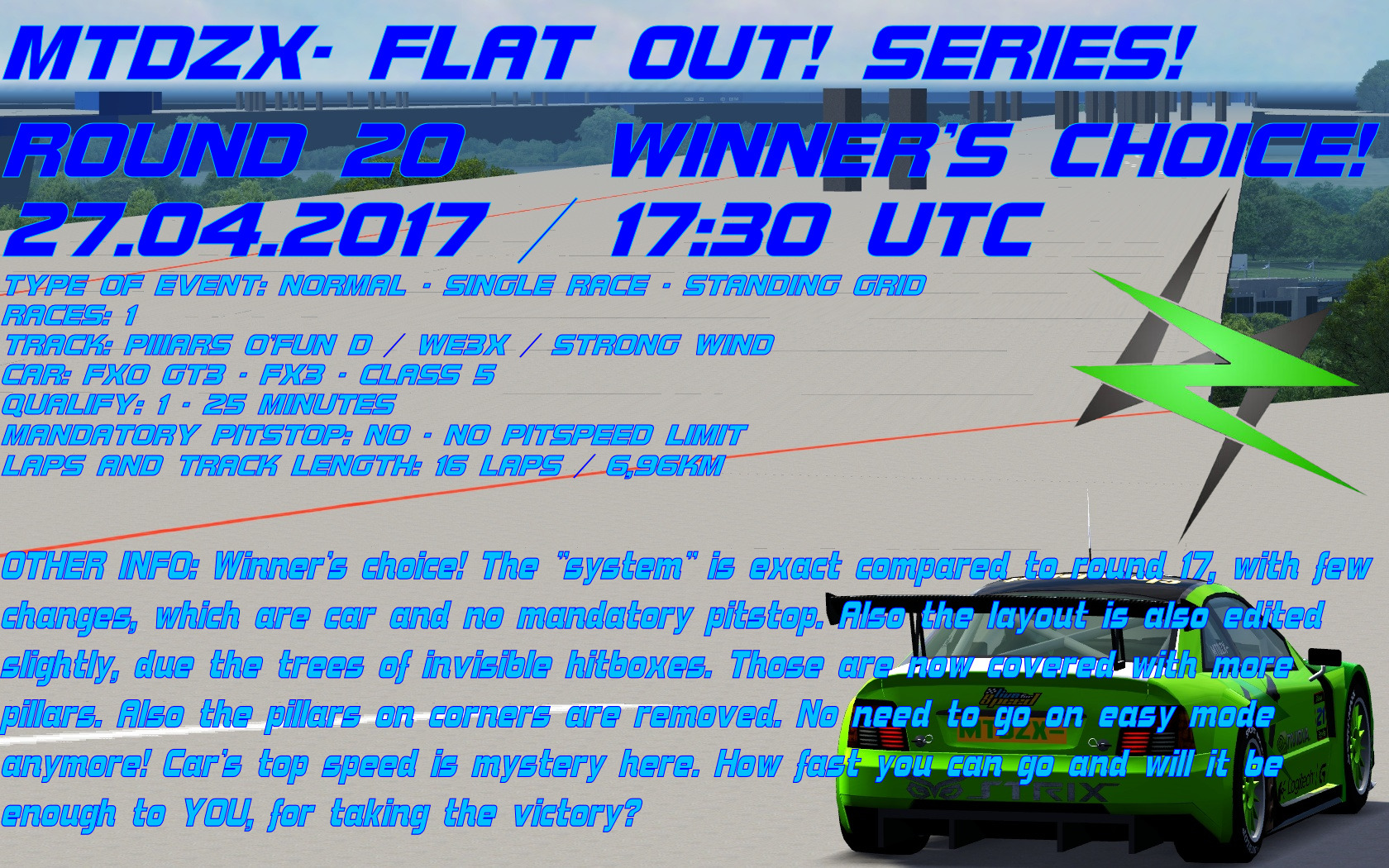 Track and car is now locked on server. See you tomorrow!
UnknownMaster21

13 minutes to go before Q starts. 6 people on the server so far atm.
UnknownMaster21 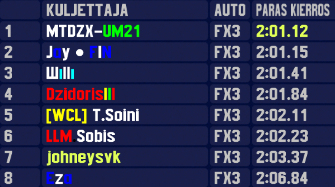 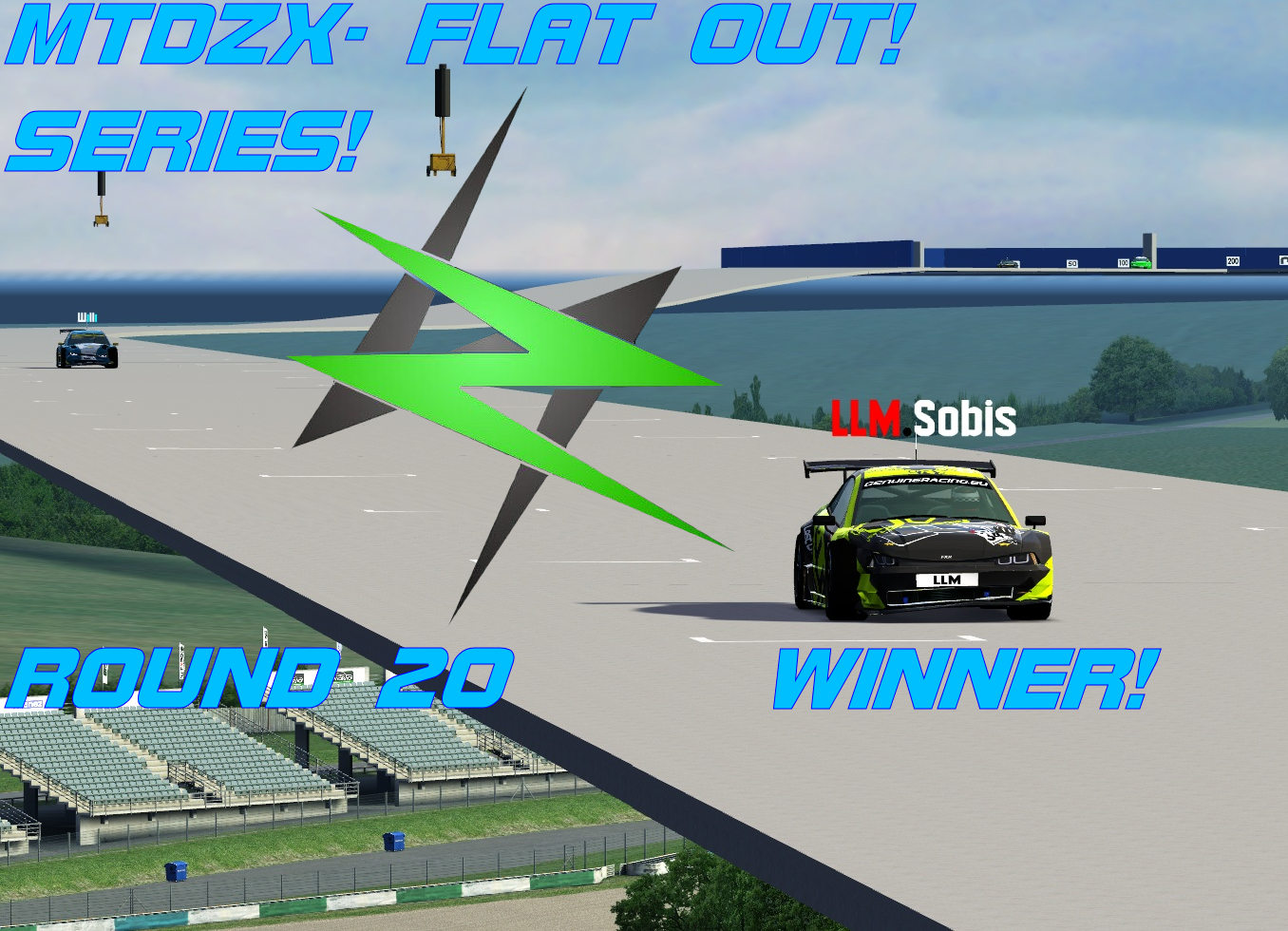 This round did not attract more than 8 drivers in both of qualify and race, but it was enough amount to make some entertaining race, at least for first half of the race! No one could not make under two minutes, or even sub 2:01, which was rumored to be possible, of course depending the wind and it's direction, and also obviously it's speed.

The winner of Round 20 is LLM.Sobis, who probably "failed" on qualify, but succeed on race. 13 laps led and fastest lap gives 11 points and joins the club who have won race more than once. This guy proved with his speed and balance in following fact that his earlier Grand Slam victory was not an accident! Well done, Mr. Grand Slam! ( The name is given for achieving the first GS ever made in FOS! )

The 2nd place is surprising because the guy who drove to 2nd, managed to make so first time ever! Congratulations T. Soini! First time ever finished to 2nd place. Only victory is remaining!


The 3rd place is surprising because the guy who drove to 3rd, managed to make so first time ever! This guy is Willi the Mr. Flat Out! ( will.i.am ). Had an accident against Dzidoris with poles and forced to take !flip command to get back on the track. He also proved thing why you should never give up... It did look obvious in certain moments he can't get to the podium...

Of course he could do so! That's why he is on the lead in standings while you are not! Never give up!

There is also a 4th finisherNow, lets have some highlights, in both pictures.... and videos! 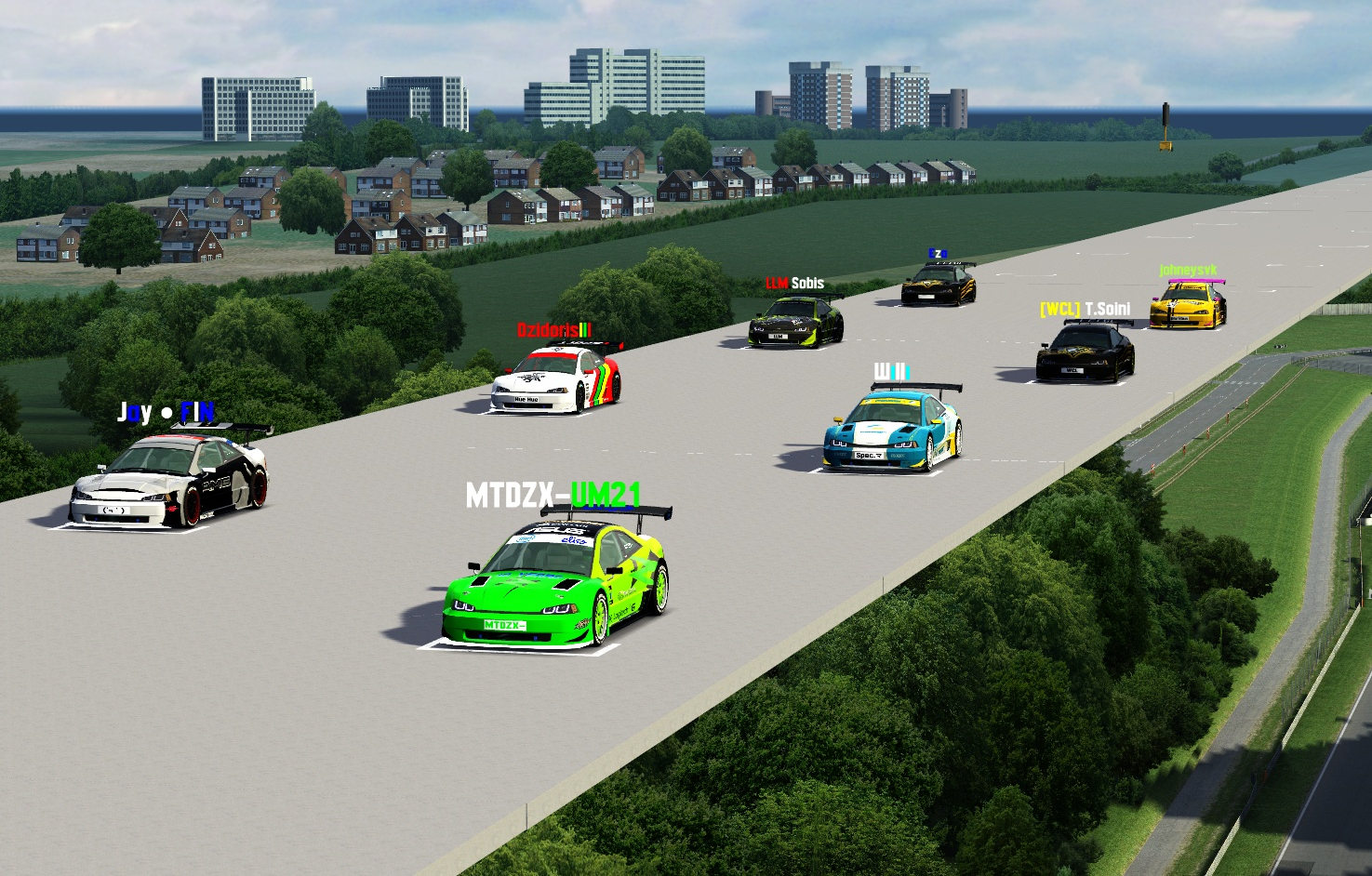 And here is start! View taken from winner's car ( and johneysvk ) 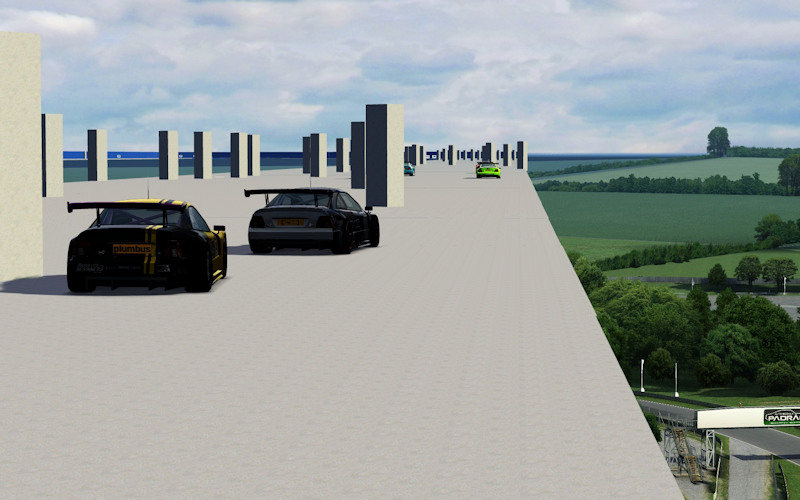 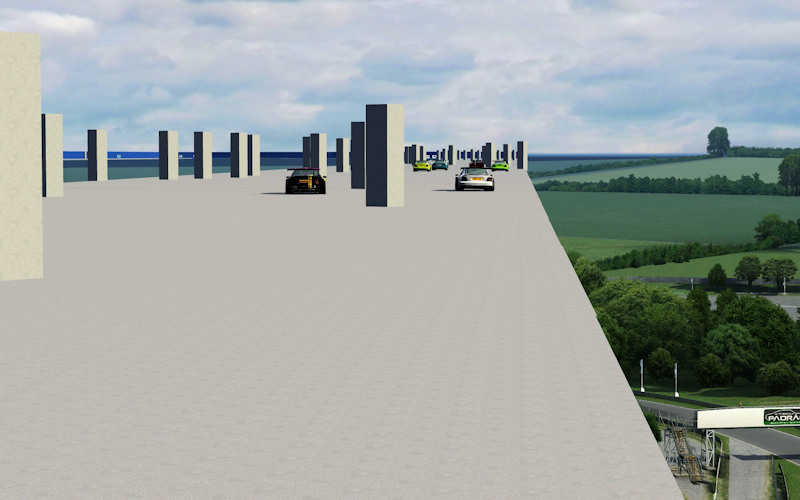 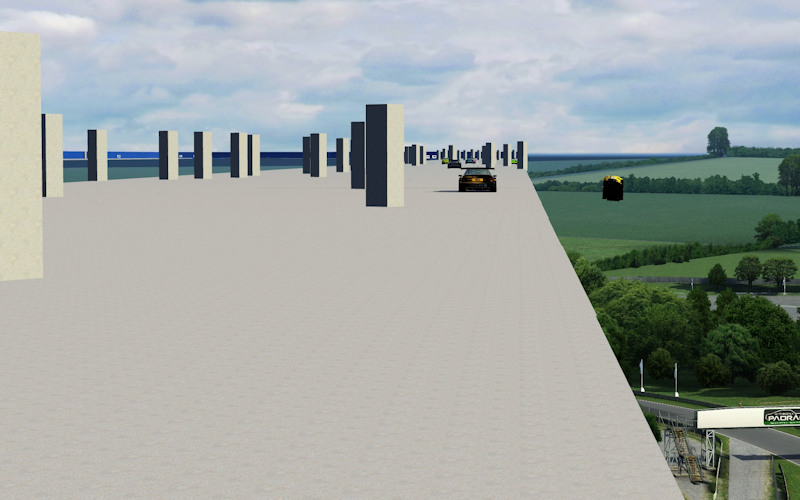 Two pictures tells all about what went wrong, Willi. ( No penalties given ). Also look the angle of Sobis's car. Is it possible that he almost fell off in that moment? Literally on edge! 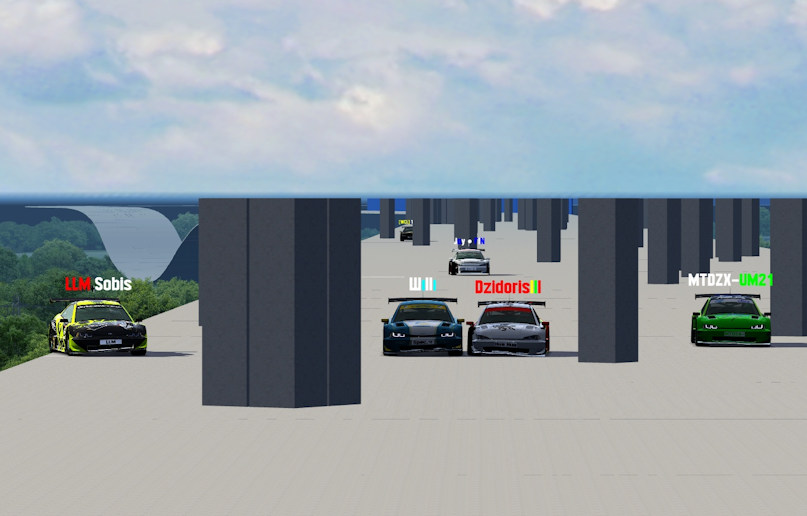 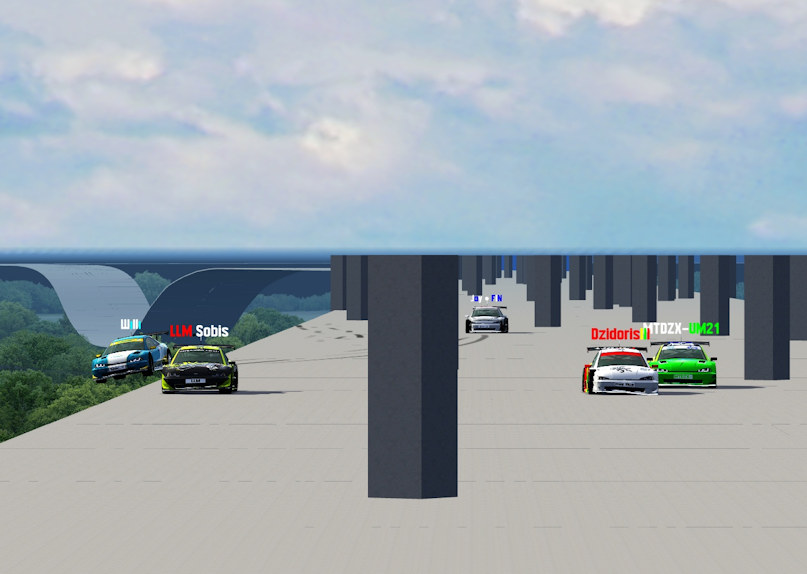 Dzidoris decides to give up, or at least it looks like that, after suspension is gone due the too fast pace on the jump... well, drop! 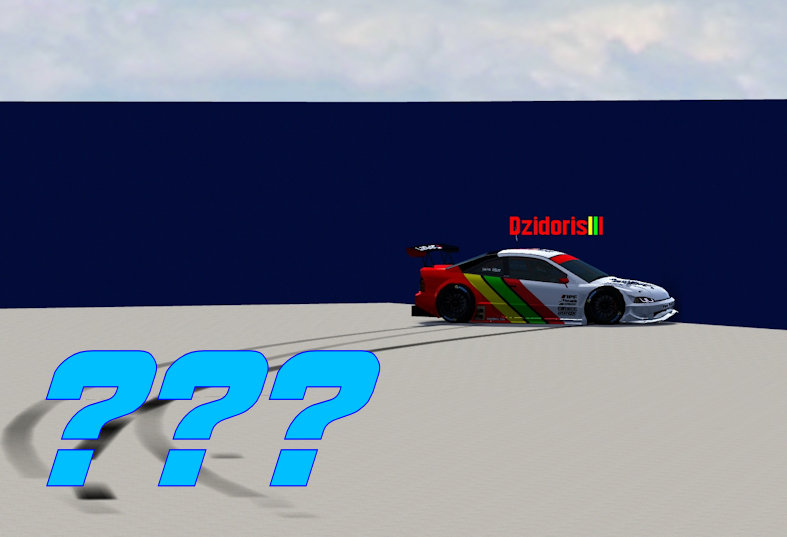 UM21 spins on lead, but stays on track. Got distracted by the chat and weird movement happens. 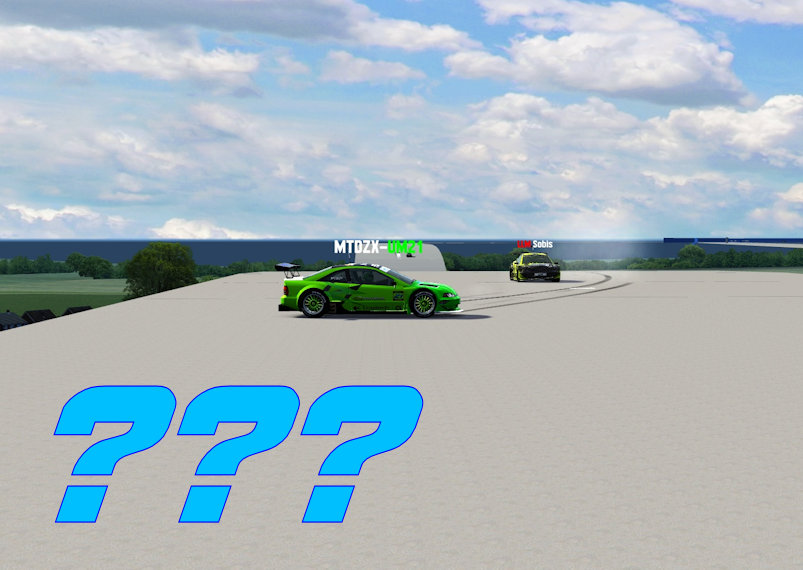 This is the funky video of johneysvk's moment! DNF btw... 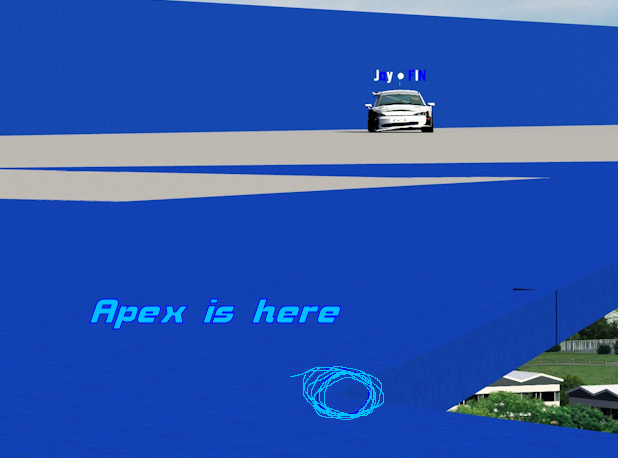 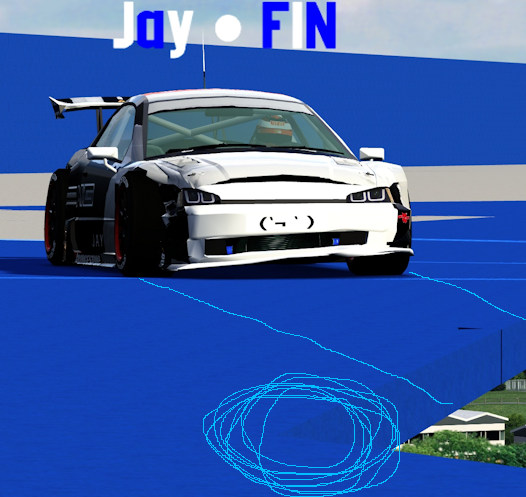 Attention! MTDZXFOS will have 1 month break, this means there will be no rounds announced on next month! Next round will be on June!

Thank you for all racers who have participated on rounds we have held! Let's see on June what comes next... who is the guy who can reach to the top6?
jh89

I forgot to remove downforce on quali

The break is soon over, stay tuned for next upcoming round! ( Announced on tomorrow or Monday )
UnknownMaster21

Here we go! Track and cars will be available on server today, so feel free to try and test your abilities! 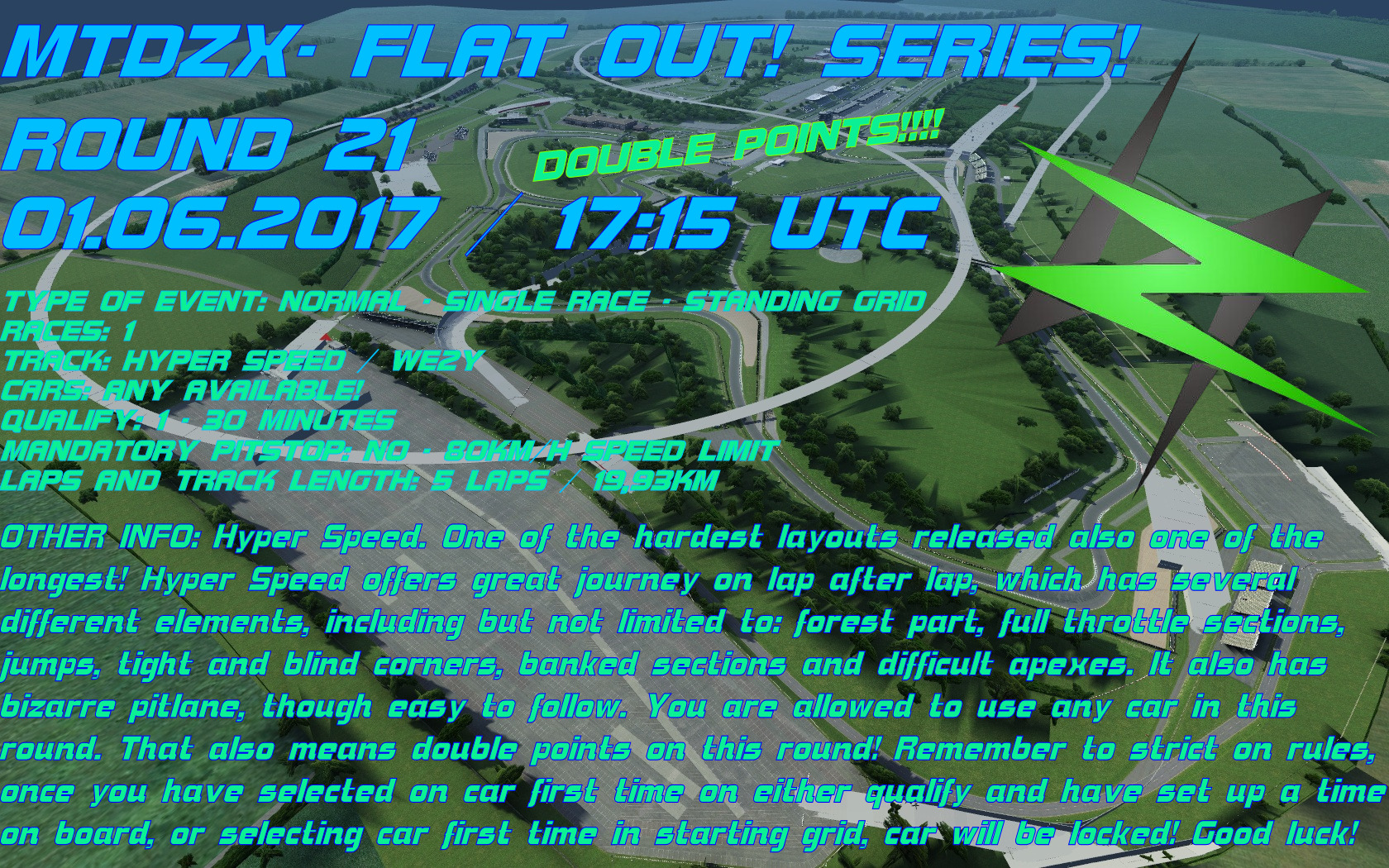 When you make great race report of dramatic race, you decorate it with refreshing words and make it really interesting read as much as possible, with cool things to mention and everything you make is trying really hard to actually lure more people to enter this series. And when you are finally ready to submit post,
instead you press "Submit post", you ****ing press the ****ing X on the freaking hell top right ****ing corner, and you lose all the stuff.

Great... ISN'T IT AMAZING? You know much I got annoyed...

So, you will see different report instead, I am deeply sorry to You. Next time I just open ****ing new window so I can make this freaking posts next time without pressing the stupid X on corner. Guess I was supposed to close tabs, not the freaking browser...

I'm sorry. Next time I hide that X away ( as it is sorta possible! )

DASDSADSAADSASDDASASDDDADSDSDSASDDASSADS and so f... whatever, see you next time!

MAN! this moment I felt was outrageous... after a while, I did start laughing... I still keep this notification for being honest. 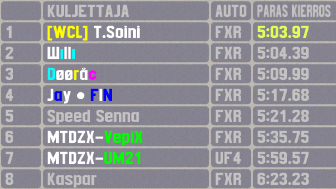 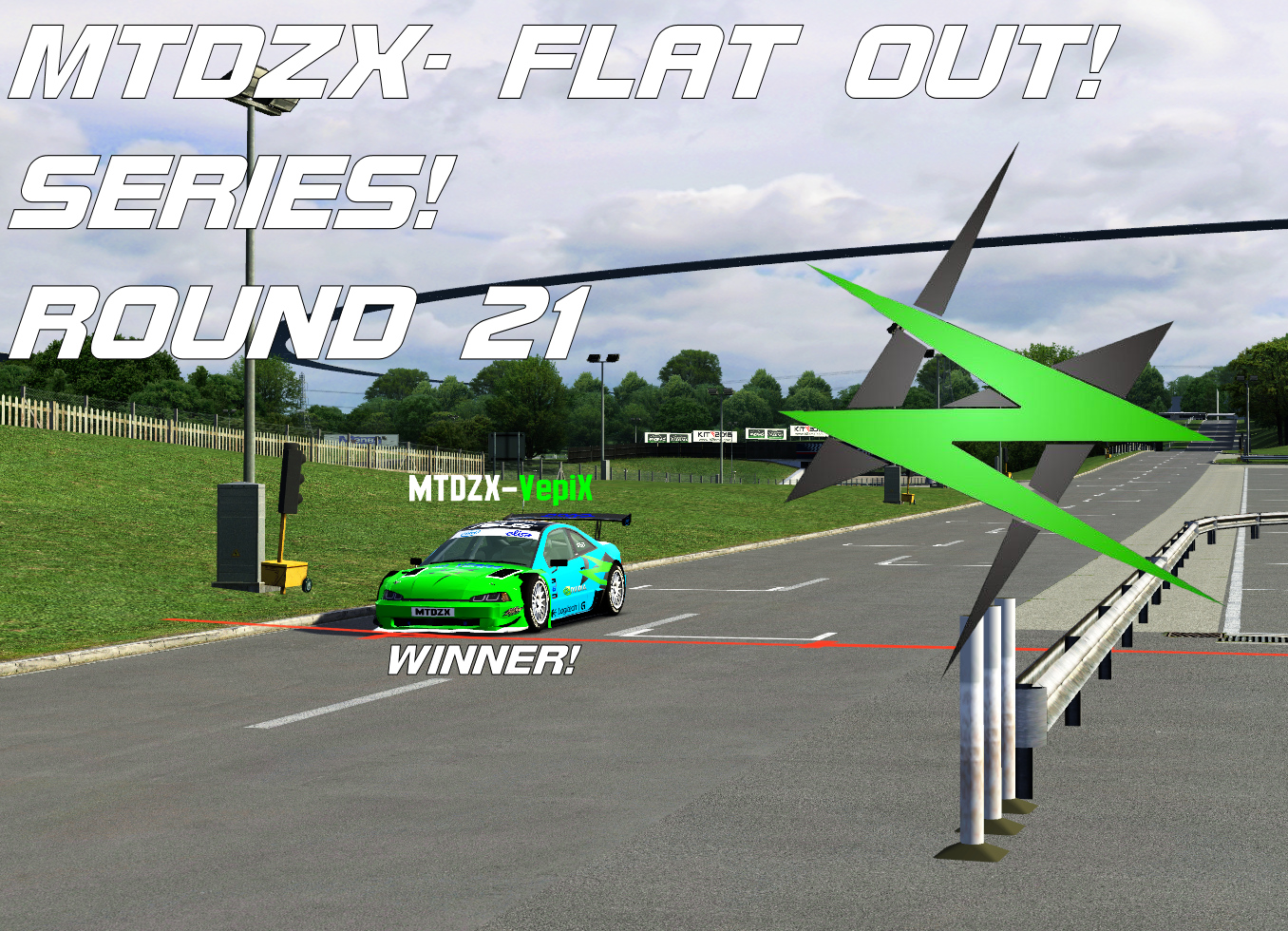 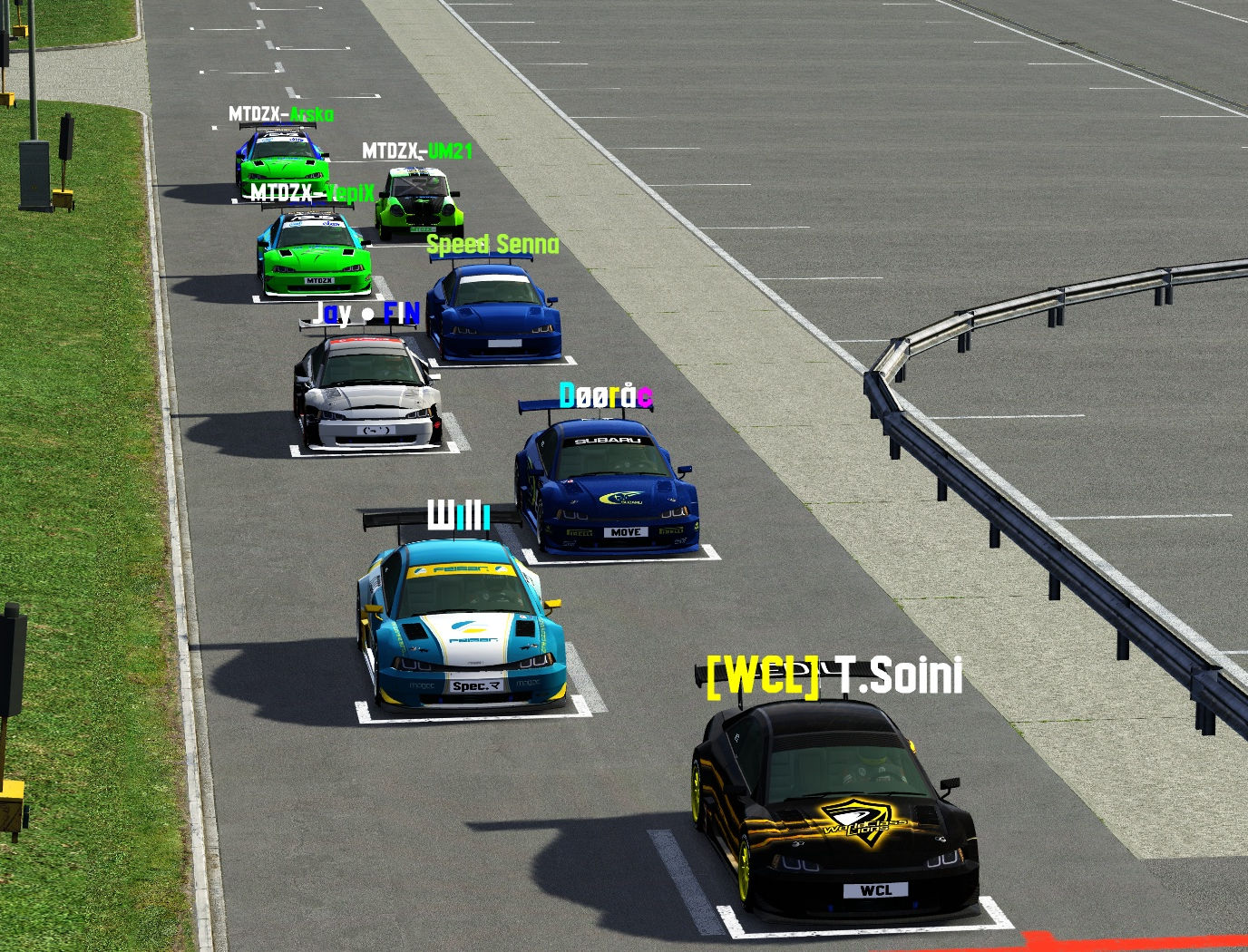 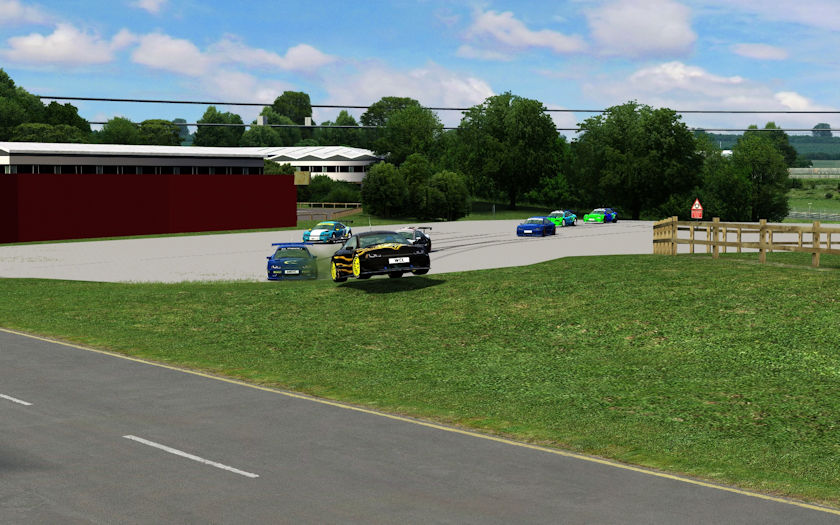 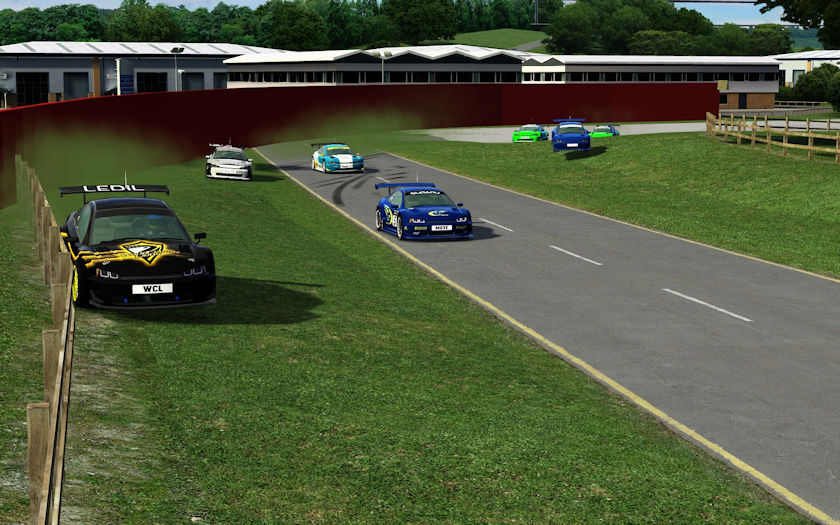 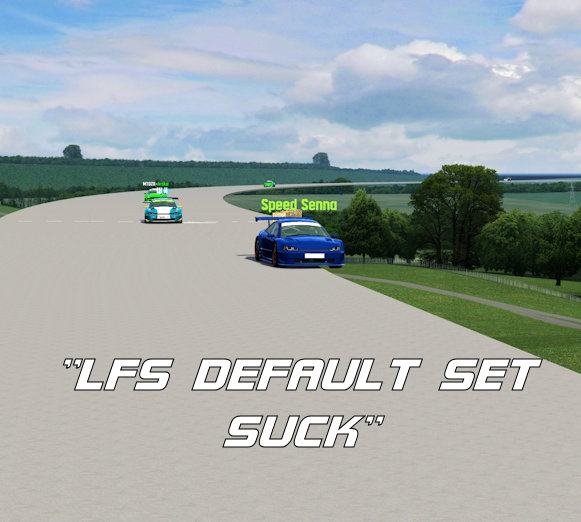 Stupid Arska. Look how stupid respawn... YEAAAAAAA. ( I am not drunk, I feel annoyed but also laughing at same time. No, I do not need medical attention, it is just the thing how much effort I really did put, please check BOTH race and qualify replays, you will probably understand me ) 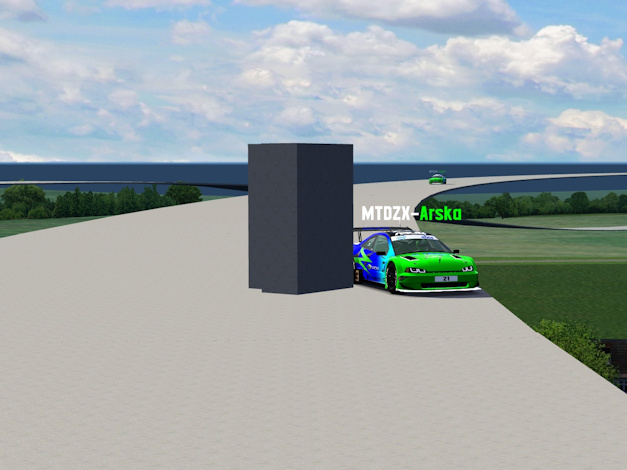 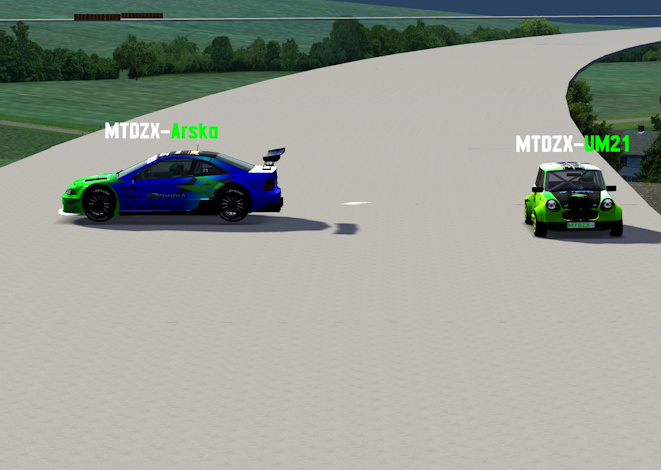 TRIVIA ( I understand if Shift R happens in LFS, not if it happens during the freaking race report...

The whole podium was set by racers who have never won race before. VepiX managed to win!
Willi set fastest lap, but because he did DNF, no one scores it
T. Soini managed to take his first pole ever.
favor car was FXO GTR. All but 1 took it. ( One was UF GT4 )
Two new racers did attend ( kasparja and koniyoto, latter even led two laps! Please join the next round! )

Thank you for all participants. Race and qualify was epic, this report causes itches in our heads.

Next round will be on next week thursday!


And please, ladies and gentlemen, I finally can press SUBMIT POST!
jh89

I havent changed any .vob files, but I see some of the files have been edited in different timelines. But nothing is changed or edited by me. Only .dds files in few sections have been modified by this: https://www.lfs.net/forum/thread/88174-Kit-Hakodesh-2015%3A-Textures-for-the-best-look-of-your-LFS
Last edited by UnknownMaster21, Fri, 2 Jun 2017 09:44.
jh89

Ahaa? Would it be possible your skins are named same name as other ones which look like those?