Boris Lozac: I'm gonna take screenshot of the settings next time. They are pretty high, running i5 3570k with radeon 7950. Lap is valid (I have 5 seconds penatly on). I thought it was ok to use green areas.

You're in full swing tonight

I think green areas are considered off track

just like KY3, it's valid, because cutting is badass

This update does not include the new content which will be released tomorrow as announced earlier this week.
Mysho

I feel like in 2007 when LFS had 2 patches per month!!!! Thank you AC. Thank you for reincarnation of my sim passion.
Kristi

Totally feel the same, when it was around U and patches came out like hell. There will be an up or DLC every 2 weeks for AC. Sounds promising.
The Moose

"Hello everybody, Aristotelis from Kunos Simulazioni here.
We haven't released the update yet. The changelog is a leak that we don't really know where it came from and it's not even complete as the actual update has even more content than this changelog describes.

The update is scheduled for tomorrow as promised.
Sorry for this, but we don't know where it comes from. Thank you all for your support."
troy

That changelog was leaked according to Aris, it is incomplete and not being deployed today. We'll get everything at once tomorrow.

edit: lol, damn you moose now you start being faster then me not only on track but off of it too!
kars19

Why they don't fix the most important bug?!

Omg, just read above what The Moose and troy said. This changelog is irrelevant, which doesn't even cover an actual changes that have been made and that we gonna see tomorrow.
Kristi

It does cover a few of the changes, but not all of them. Everything I posted will be implemented tomorrow, plus tons more.
tristancliffe 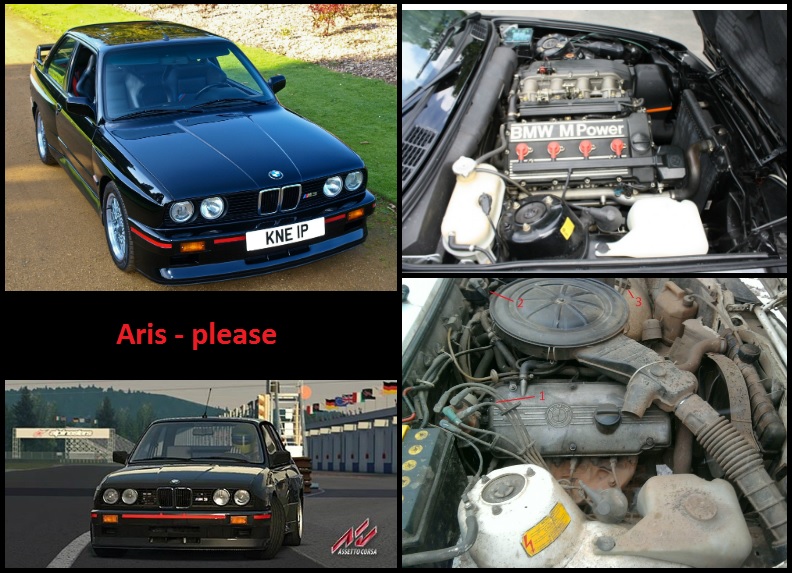 I guess,that Kars is pointing out that M3 engine in AC is too weak.

Looks good, I really like Mugello, only time I've drove on it was in NKP I think but it's a good track.
The Moose

Would rather have current content and MP than more content and no MP, but what can you do. Does make me worry about the feature priorities. MP, rain, clutch, gearbox, wind, racing line et cetera.

AristotelisVasilakos-We're not secretive. Do you prefer a multi rushed and unfinished? We're testing and announce it when it's ready
NotAnIllusion

"Better to remain silent and be thought a fool than to speak out and remove all doubt."
cargame.nl

Ah yes we have heard that one before.
Mysho

That will not come anywhere near this period. Most likely Q2 or even Q3 2014 I'd guess..
The Moose

Blimey, aren't some of you impatient?

We're less than two weeks after the first beta release and the complaining has begun already.

Anyone who thought we'd have multiplayer so soon was being very optimistic. Who knows when they' will surprise us with it. If we get it soon that'll be great, but i wasn't expecting to see it for a couple of months at least. I don't care when it comes as long as it's working well when we do. I dont expect it to be without issues when it first comes either. There's no way they will have been able to test it on a large enough scale yet.
Keling

Complaining in LFS style since 200…