All sorts of things! Sometimes you want to be very progressive off the brakes to keep the front end tucked in, other times you need to come of the brakes quite quickly to help rotate the car (induced oversteer, basically).

By coming off the brakes and allowing the front to work (less lateral load transfer, and less tyre saturation), then the back can't always 'keep up', which results in a pointy car (or a loose rear end).

Need to try this update though, especially since the throttle map change. Haven't had a decent chance to sit down and go through the new cars/tracks. Damn it!
Dennis93

basically you could shave another .2 off by not shaking the steering wheel left and right on the exit of corners.

You could also shave some time being earlier on the throttle by then having less steering angle on the end of the corners.

MUUUUUCH to much steering angle on the exit of corners / Turning in to corners too early, and very late on the power.

I think you should work on getting some more confidence in the car and try to push your limits a bit, try fx for one lap to go on the throttle earlier to see where that leads you.

Basically it's the same story for every corner, a bit too much steering angle, and a bit too late on throttle..

(Having not played the game i stamp my post invalid, thus, it would be something I'd say if i had watched that onboard lap in real life).
R3DMAN

ive managed to drop the time down to a 1'54.656 now.. that was with completely messing up Piratella i can save at least .2 there now.

i cant say i've put this much time into a lap for years. lol
Intrepid

I can't talk about car physics as I am clueless to be honest, but cars yaw and do all sorts of weird things, especially through the first braking zone at imola. So where the weight is being shifted isn't black and white.

I load the front end as I turn in, the car is then yawing and we have small direction change. So lifting of the brake isn't a pure front to back affair... etc...

My point being all sorts of weird things go on and all I know is AC correlates pretty well with my real world experience.
Keling 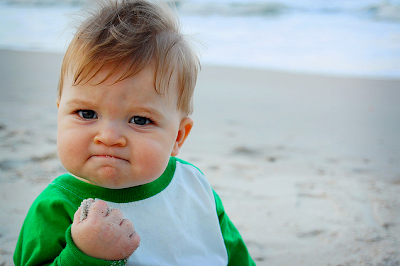 I find it weird how on the parts of the Silverstone circuit that aren't the new layout and AC version looks real and the iRacing one doesn't.
e2mustang

yeehaaw.. other 40 pounds out the window
sinbad

It's not like people aren't playing with 360 pads already- it won't change much and I'm quite sure you'll be able to keep them out of a multiplayer race if for some reason it's necessary. In LFS I had some great races with mouse players. It's not a control method I would even consider for a racing game of any kind, but I don't think it's such a bad thing that they're doing it.
kars19

Why would you want to keep them out?

I use G27 for racing but why would you not have this?

How exactly do people manage such little travel for steering in sims?
CheerioDM

You totally misunderstood the post of e2mustang though. He was waiting for mouse support so it's more of a shut up and take my 40 bucks style of throwing.
sinbad

I wouldn't, but I see now I did misinterpret e2mustang's post, I thought he meant that his money was now wasted.
Shotglass

Wouldn't you rather LFS copy everyone else so you could still play LFS?

You have too many posts.
Ball Bearing Turbo

I suspect he probably doesn't have enough posts actually. He generally represents the voice of reason which is now limited on this forum.
dawesdust_12

I dunno if you can even trust shot anymore. He's going to regularly be using a Macbook Pro.
Keling

I hope they go for raw input. Linear response and completely independent sensitivity are both needed in LFS or AC.
englishlord


what do you mean? lfs already has completely linear response if you set the steering linearity setting accordingly
Keling

But many people do prefer acceleration for GUI navigation. With raw input you can have accelerated response for cursor and linear response for steering at the same time.

Reading raw input also means steering travel is not limited to cursor travel, like it is in LFS now.
sinbad