Sometimes I think the battle for this planet is lost anyway, so let's at least save this galaxy. By dead consume our self. /Sarcasm off

As long as parents "whip" their children to surpass them, as long as we turn in a circle. The children should have better grades, have better jobs, and have more money. And what do you do with more money? More consuming, of course. The whole thing is in my opinion more of a causal evolutionary problem.
All parents want their children to feel better than themselves. Even animals want that. This is a function of evolution itself.

Just as a single human is born and dies. In the same way, it may well be whole species in this universe. It may sound sick, but maybe we are doing everything right right now to make room for others.
Its sad but we had our chance.
Scawen

On the off-topic, I was interested to see this article this evening:
https://www.bbc.co.uk/news/science-environment-50302392

I just can't believe CO2 is cause warming. And I believe in the west isn't really population growth.
Scawen

It's a full-blown environmental crisis causing the collapse of ecosystems which we depend on for our existence (not to mention all the wildlife). It's not just the single issue of warming.

On the actual CO2 subject. A lot of people can't believe that our tiny, insignificant little population of innocent lovely humans could possibly emit enough gases to affect the atmosphere on this giant planet. But you just need to get your head around the figures. There are over 7,700,000,000 of us now. Nearly 8 thousand million humans. And increasing by 200 thousand every day.

I did a calculation the other day, based on information from the IEA.

EDIT: That's the volume of 233 Olympic swimming pools every second.

So you see, when you realise we emit 584 thousand cubic metres every second, it starts to become understandable that we are affecting the environment. By the way, that is only counting the CO2 emissions related to energy. CO2 causes warming by absorbing infra-red radiation and this is easily shown in laboratory experiments.
Last edited by Scawen, Wed, 6 Nov 2019 08:56.
Xenix74

btw....
Watch this Clock for 10 minutes while you think about our global problems. Then you are realize some things from another dimension.
(Scawen is absolutely right)

I agree with all of this, and lets say me, you, some of the people who read this forum are taking *some* actions so we can prevent this crisis, but what about all other people including ones in the rich developed countries, who wants to continue to live with their high standards and the people in the poor developing countries who wants to have a better life? The richest people in the world are just getting richer and they don't care much about anything else. And I just don't see how we can stop using the market economy based on infinite growth and the banks which are controlling everything.

What if we are all wrong - The biggest factor affecting earth’s climate is the SUN?

Speaking of CO2: What are the chances for electric cars in LFS?

BeamNG.Drive is leaps ahead

BeamNG.Drive's driving experience is not as sophisticated as in LFS.

Would maybe also resolve the "engine sounds in LFS are bad" forum posts...


"We are really far from a test version yet!"

Yes, just keep distracting him with these detail questions, [repeated] suggestions, and discussion topics like ecology and life views... and all this interesting stuff.

(I will just readjust my patch-release date estimate, 03/2020 is now clearly impossible with the recent info, but I guess something like 11/2020 may happen if the tires physics will start to behave soon ... 03/2020 seems [to me] now very unlikely even for first test patch, but I'm just guessing, maybe I will be surprised...)
RC-Maus

Maybe we should move to different threat

@racon thats still that hockeystick from Al Core look what came true from his story. I think if scientist from all over the world don't agree whats causing climate change why should coverments take action.

Look at climate change other planets. And I believe NASA tells also that the atmosphere is cooling and crimping.

Maybe the SUN (there aren't many sunspots)
5tag

Because unlike you, most governments acknowledge the worldwide consensus among scientists about anthropogenic climate change.
Flotch

always doubt is a key. And take note that the large consensus you are talking about has the solution : citizens have to pay some more taxes. Problem solved.
Some centuries ago, a large consensus was that Earth being flat. Lots of scientists were explaining this with Mathematical formulas.
Scawen

The only people who don't 'believe' in environmental destruction are those who don't watch any programs about wildlife, ignore all time lapse photographs of deforestation, and basically walk around with their eyes closed. It's there in plain sight unless you completely switch off whenever the information is presented to you. You can see pollution if you simply walk or cycle along a road, but you may be shielded from the sight of it if you are in a car. Try walking along a beach and see what you see. There's no need for belief or disbelief, you just need to open your eyes.

The 'conspiracy' is not on the side of those who are trying to get governments to take action. It's absolutely the other way around. The people who make money from the huge industries that depend on oil and so on are the ones conspiring to trick you into believing that the problems aren't all that bad.

In the past people believed the sun orbited the stationary earth. Careful analysis demonstrated this was not the case but it was a long time before this was accepted, due to religious barriers and so on.

Now, the existing system of 'growth first and deal with the consequences if they occur' is the one being very gradually overturned. There is a global economic system that worships growth, in a very similar way to a religion. Scientists have been pointing out the huge problems for around 40 years. Governments are terribly slow to react because they are worried about their economies (and votes).

I hope the Chinese will take strong action, and as many governments as possible will do so. Then finally the USA can help too when Trump is gone. Similar problem with Russia.
RC-Maus

I agree on most with u Scawen. But also there are also many contradictions. For example burning biomass "wood" is gets subsidy for burning wood producing energy. That while burning wood causes twice as much CO2 then burning coal. In NL we cut % more trees then in amazone.

I just don't believe the CO2 story from IPCC.
And I believe we should say goodbye to economic's based on growth.
F.C.Barcelona

of course, I hope there is no-one still not understanding this

What is less obvious is the role of each one regarding what is called global warming, and the price fixed for each to be allowed to continue doing the shit.

For example, currently in France, cars are responsible (

) of global warming, and so we must pay more and more after time ... but "more and more" is not deterrent of course, it is just a way to get some more taxes paid, and on the other side nothing is done regarding : trucks, boats, airplanes, factories (or not so much)... Aswell, nuclear plants are emitting almost zero CO2 (green energy award ?

).
Diesel engines are said for years and years (and still, even if some cities are planning to forbid them ... NB : side effect, my old VW polo 1.05L petrol from 1989 is to be forbidden soon in some French cities, but my Mercedes C63 with the 6.2L will be welcome for a long time to come !! ) to less pollute because of the weight of CO2 measured (to not even speak about VW and Renault cheating the thing

) to sell more model with this technology (French ...) and still keep an unbanlance of taxes making cars with diesel engines :
- almost as expensive as petrol ones, but more efficient, more performant, etc ...
- registration cost reduced
- less running cost for people who are using them a lot
- been ultra used in cities because a diesel engine doing idle is consumming less (no need to repeat, but less pollution, everyone knows that

Reducing pollution all over the world is indeed a matter of the numerous people all around the Earth : clearly it is a problem. The way they want to live (lots of meats, lots of everything...), but "us", rich countries people, who are we to explain to China, India, etc ... how do they need to live for the benefits of us (all), while we have created this way of living, and enjoyed it regarding comfort, etc ... ?

But now, when us, rich countries people, are explaining that we must do less and less at our level : why not, but for instance France is less than 1% of the whole population on Earth ==> we can assume it will have a negligible impact on the world ==> governements will still use the taxes and continue their business instead of fixing anything because globally why :
- reducing consumption (less taxes ...)
- invest more and take the risk to loose some things
and in the end having our beloved neightbours on Earth doing the exact opposite because they do not care ? short term money is more attractive.

A side note, in our stupid way of living with lots of CO2 emitted, forrests are better than ever (the ones not yet destroyed

), and stopping suddenly the pollution emitted in the air would make the temperature to rise incredibely fast (probably short term, but anyway the consequences could be quite disturbing I let you imagine)

The difference in burning biomass in burning coal/oil/gas is huge. When we burn biomass, it's a cycle: carbon from biomass goes to atmosphere in the form of CO2 and then gets absorbed back to biomass. Carbon from fossil fuel does NOT go in a cycle. The carbon that is buried deep underground should stay there but we are digging it up and putting it in the atmosphere! That is the problem - if we were burning biomass only, the net carbon wouldn't increase as much. Now that we are burning lots of fossil fuels, we are increasing the overall quantity of carbon, including CO2, in the surface and that is a problem.
CO2 absorbs a bit of infra-red spectra and that's why instead of earth emitting heat into space, some of it gets trapped.
If you doubt something else about this, feel free to ask.
Xenix74

Nope.... after the Patch we all drive with LFS cars to work and safe the Planet.

I should suggest to lock this thread before it goes more mad...gone way too off-topic.
Sobis

Or a mod could transfer environmental messages to a separate thread? It is an interesting topic.
gu3st

There ain't no mods around these parts.

But yeah, environment good. Remote work good for environment as people can spread out and contribute without commuting needlessly into a central area, driving up costs and wages for that central area.
Cutie pie 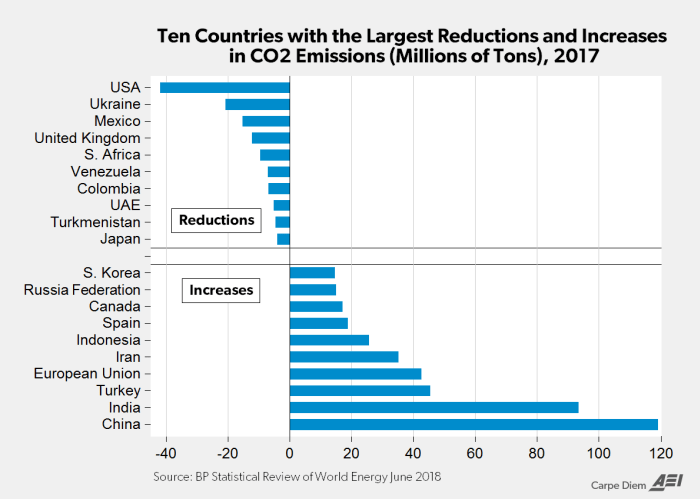 Haha think we meet each on track next 10 years

Edit: while lfs mostly empty I enjoy myself at Wreckfest "visit stormy's and join our discord"