ACTUALLY on topic: this progress reports look great. Hopefully we can enjoy the changes shown within these screenshots before the world is ruined due to co2 and such etc

So, provided we all pay a 'Carbon Tax' we can alter the history of this planet and control it's temperature......

Yes, of course our activities have an effect on the planet, I did think I'd made that point, but clearly not well enough for you.
My point was that there are many other actions we need to take to support our survival as a species on this planet.

But, if all you want to do is to pay another tax to make the wealthy wealthier without actually doing anything meaningful, go ahead............ 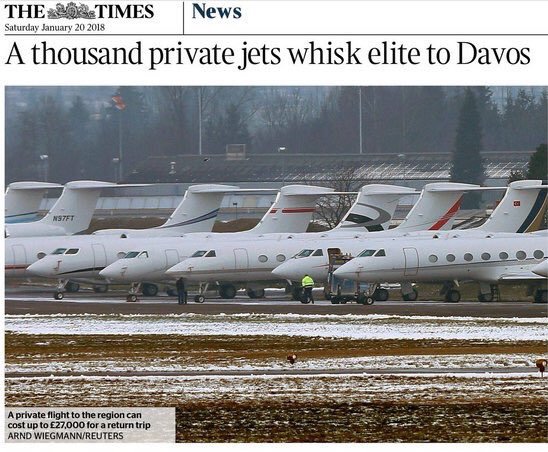 Ah, no, it was cargame.nl that mentioned it, in his final paragraph suggesting that UK people had no right to comment on anything due to our own internal issues (he didn't use the word Brexit but it was obvious that's what he meant).
cargame.nl

I was later thinking that I needed to specify this.. But sort of yes, if all noses cannot look in the same direction on nation level, why would someone think it would work on a global scale. Changes start small, not big. The finger is directly pointed at bigger names; China, USA, Russia was mentioned (Brazil wasn't, why not? Massive deforestation takes place there). Russia lately joined the Paris agreement, not that it matters much because by UN rules they don't need to do so much to begin with. There are many dark thoughts about Russia (biggest country of the world) but if you would be here like me for the third time in a row (3x3 months) then its not so dark/evil (whatever) as what mass media would describe. Government / oil giants can be different but the normal Russian life is more then OK and better organized then most people think. Sure there can be improvements but even in my own country there is no return fee on cans for example compared to Germany where there is a return fee on a lot more plastic and tin cans. This are just small examples but for me makes it makes a huge difference to people who directly point to other countries and say "look what they do!".. Yes.. Well.. Look what you do first (or actually, not do)..


I agree that some action needs to be done. I donated 5 Guilders (our old currency) to WWF when I was.. Hmm.. Twelve or something.. It was a computer which showed how many trees would be saved in the Amazone .. Thing would go on for minutes by showing trees because didnt expect such amount I guess. Anyway, my point is, was this donation properly being used or did it go to some bank accounts of "world improvers" without actually doing anything except marketing and practicing empty talking. Now I am a little bit older and can research financial data from this NGO's. Guess what, most money is not being used to improve the planet. So yes, I am very skeptical about all this talk about we need to educate the world etc. Because who is going to do that? I do not count on LFS getting that popular.


Sid Meier already included global warming issues into his game in 1996, Simcity 2000 (1993) had also environmental concerns/acts in it. In my youth (eighties) people cried about acid rain, hole in ozon layer (which is by the way almost totally fixed due to global warming) and now we have CO2 issues. Most CO2 emissions are coming from the oceans. Killing the oceans is a difficult task because its 71% of our planet.

I short; I do not agree about this whole CO2 emission blabla (and I even am asthmatic) but I do agree about that it is too busy on this planet. And I also agree that the people with the loudest voices telling that something needs to be done... Have.. Children.. Which is, the main cause of the problem. Ironically. But yes I think the problem is not fixable because of too many religions, too many people which think selfish etcetc.

Nothing more to add about this topic.

---
However, believe it or not... LFS made a big difference in these "discussions of life". I have met people which I otherwise would not have met and shared interesting point of views. So a multiplayer simulator can actually help (a lot) bringing philosophy, other culture insights blabla to a higher level. Something which (a-)social media cannot achieve.
Evolution_R

This is the real problem:

Here is the link to Tuesday's article signed by over 11,000 scientists.

It's not a long read. I think it is very well written and has only good intentions.

I recall moderators and yourself, Scawen, moving posts that are classed as 'offtopic' to a separate thread in the past. So shall we apply the same rule in here and from now on comment about the 'October Progress Report' which at the end is the whole point of this thread? I do not see why we're talking about climate, China, UK and US in a Live For Speed October Update thread that should only be a discussion regarding the new progress that has been done in the game.

There's not often an 'update' thread, so the least you guys can do is ensure 'that one update thread' remains being used for what it's intended to be.
Flotch

we are simply talking about S3 contents :
* UK track : rockingham
* still the two unknwon tracks based in China and US
* electric cars to come
Scawen

That's just how the conversation went. Some things are more important than Live for Speed!

And for anyone concerned that this slows development - I'm here working on bloom, don't worry.
lfsrm

Gee... It's not like the forum is out of control or anything, true it's off-topic but I am quite happy to see some discussion on a relatively "quiet" forum!
Scawen

Hi nacim, not sure if you are still following this thread.

I've been doing some experimentation with a resizing method described by Jasper Flick.
https://catlikecoding.com/unity/tutorials/advanced-rendering/bloom/

I think it's the method you are describing, but I was surprised not to be able to find any other descriptions on the net. Just thought I'd mention it in case you could point me towards any other relevant information.

I like the way it avoids the need for the horizontal and vertical blur passes, but at this point I don't really know where I'll end up.
Chriship

I think 'slow' development is not something anyone here is concerned about after all this years. I'm pretty sure you get my point, so good to see we're back on topic.
Sobis

Yes you are correct. A healthy forest absorbs CO2 and stores it in itself. Even if we don't cut it and let it grow till it dies, after its' death the microorganisms will most likely digest it and transform it into CO2 so the end result of burning it and letting it grow --> die --> rot is nearly the same. It gets transformed into CO2 and then some time later goes back to being tree again (cellulose and what not, basically some form of hydrocarbon). Because of this, there is a cycle so the amount of CO2 in the atmosphere stays stable.

Now lets think about fossil fuels. The carbon that is in fossil fuels is deep underground. After 100s, 1000s and so on years it will still be underground so the amount of carbon in the atmosphere is not influenced by fossil fuels. Now when we start digging it up and burning, the carbon that was supposed to be deep underground, is being released into the atmosphere and it enters the cycle mentioned above. As it can't go back underground (over a short period of time, not talking about millions of years), it stays in the atmosphere and thus the amount of CO2 increases. As CO2 increases, the earth gets hotter because CO2 absorbs some IR radiation that would otherwise escape to space.
Scawen

Work in progress screenshot of the bloom effect so far.

Yeah, that looks pretty good and lets the colour show through. Doesn't seem to be overdone either. Nice :-)
Evolution_R

Looking very nice, will there be bloom at day as well?
lfsrm

Dunno if it's possible to make lens distortion effect only for car headlight bloom ?
Amynue

Yes, UK and EU could do a better job at protecting the enviorment, but hey - look at the bright side - there are countries who care very deeply about enviroment and are able to more than make up for our mistakes. Just take a look at that hearwarming video from Peru where they use cutting edge technology to recycle trash without polluting the enviroment, we could learn a thing or two from them:
https://www.youtube.com/watch?v=wVnMBGXVVUI
MandulAA

Wow, that looks natural! I tend to criticize these bloom effects in other games, as it's overdone most of the times and I always turn them off completely. But that's not the case this time - it looks great, I really like it!

Edit: Comparison for those who prefer it

Nice, I knew it would had depth to the image, even in LDR mode.

In the HDR mode I think the headlights would have been even brighter compared to the street lamps, and the bloom would have shown it.

By the way, I don't know if that's already the case right now, but for the best results with auto-exposition, the bloom needs to use the buffer multiplied by exposure, so that the bloom is based on received camera intensity instead of "raw" luminance of this point in the world.

I guess that's the hardest thing to make right, I mean it's quite a challenge to fake clouds volumetric light diffusion plus the interaction with the sun spot without crippling performance to oblivion.
Vladimir_nose

I drew (13 post) a bloom effect in Photoshop - Skawen added this, guys, how to draw new tire physics?
ps, a nice addition would be to have a photo mode with adjustable exposure, focus, etc.
But, at such a pace, it will only be by 2033.

As lighting is the topic, then maybe it's the right time to bring this up another time

It would be really nice to finally have lights, indicators, brake-lights and also strobe-lights which are actually visible from the distance. Bloom effect is certainly a step in the right direction but may not be enough if this case.
123456
7
8910111213141516
This thread is closed