Yep, most people are around 40-50 degress
jujek

Maybe newbies do that.. becouse i'm in drifting group and 99% people when posting something with tweak they on stock steering lock becouse now thanks to the physics is super easy to drift i'm don't try to say i don't want this becouse i will stay with 36 degress but i don't really see the point of making bigger stering range maybe if You have trouble with drifting and You are spining all time is time to traning more than asking for more sterering range becouse more steering lock don't make any difference at all XRT don't have so much power to handle more than 36 and go to any drift server and you will be see how many people are drifting on full lock all time becouse it looks like only i have problem with that my car going to full lock all time but propably becouse i'm all time on soft cruise setup or maybe just change fron toe to 0.0 or +0.9 you will get 2-5 extra angle while drifting on full lock.
BeNoM

So that's the group you're in, not the majority of tweak drifters. 99.99% of my time on LFS multiplayer was on tweak servers, where most drifters had increased steering angle.
jujek

Well sorry my last post maybe looks a bit bad but is a bit hard to understant all this debate about steering range becouse last time when i used mods was in 2010 i used tweaks also in 6B version but i never change steering range becouse lfs had enough for me and propably for others people who don't really like mods and can drift on 36 degress without problems. For me that XRT with 36 degress is close to real life stock car thats why i don't need change this and trust me option for adjustment caster bring more 'life' to wheel users as You write You can change steering range in tweak but You can't really change caster in this car and others also so is a bit bad for drifting on wheel.
ProjectD_ALLSTAR

I think that the drifting scene in Live For Speed shouldn't be ignored or put to the side. Out of all the popular games for drifting LFS is my favorite. Unfortunately LFS has been slowly getting less and less relevant which lead me to get in touch with the YouTuber theslaptrain1. The video I did with him I believe is at something like 65k views and brought some new players to LFS. I will probably do another video with him in the next week (maybe, not guaranteed). I think that even a small thing like some extra steering lock will bring more people that play other popular drifting games because it shows that the developers take interest in the sim drifting community.
kraddy272

I love all these ideas, it would make drifting so much more fun, and nobody would have to use tweaks to drift better anymore

To get more power you could just put a boost pressure setting into these drift cars.
UnknownMaster21

I do not feel RAC needs to be changed as adjustment because based on real life car, until it really had option to customize it to extreme.

And why not having proper drift car? Just make another XR car with based on drift, and FZ too, that's all.

I do not also feel cars needs to be changed to drift cars, just make new cars based on same car, we also get new content then.

It was cool idea but he advertised 'modded' LFS so some people who are come from he's video will propably disappointed when they see the original version of lfs.
k_badam

When you say some, do you mean a few? i have seen some new players, but, a lot of them have admitted to using Pereulok. When you go to the top of this page, does it say "The online racing simulator" or "The online drifting simulator"? What i personally believe is that he should finish the tyre physics get the Scirocco out, etc. before he gets sidetrack by anything... If he goes and changes something in the game that creates a load of issues then he will have to work all them out too, delaying the tyre physics and the Scirocco. 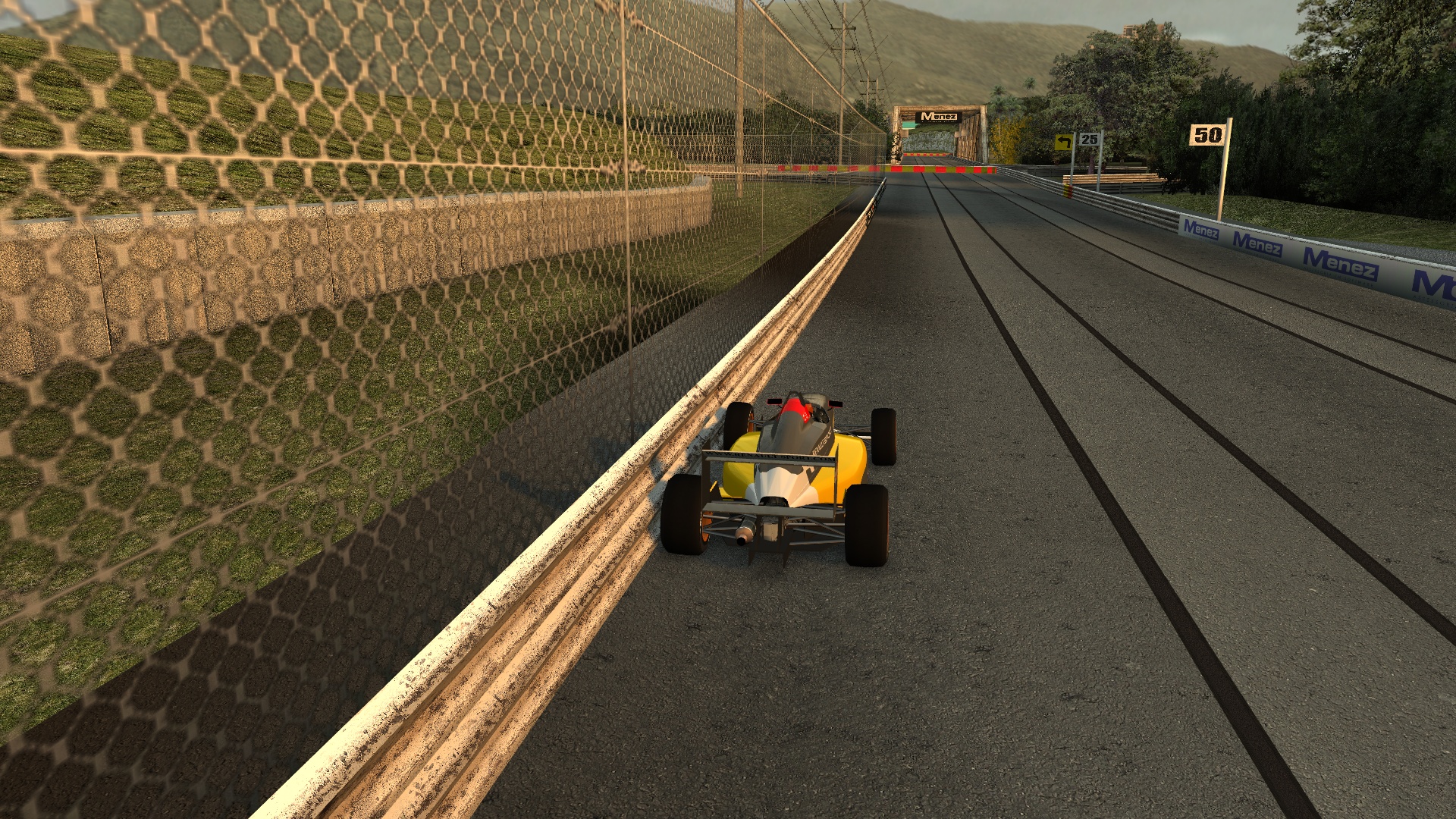 Thanks, I have found out the reason and fixed this. The shadows are now affected by fog in the same way as they were in version Q. Even that is not quite correct, as you can see if you put a car in a building's shadow then move far away. But it is much less noticeable than in Q3.

This is something different. For example see the attached image and compare the UF's shadow on the ramp, with how it appears on the ground.
Scawen

That is just because the barrier isn't casting a good shadow onto the ground behind it. So it's not really a new bug, it's just a failing in the world shadow detection system.
vikingnor

We basicly have no car or stuff in the game made for drifting. While you can use all the cars you want for racing and cruising. I think we deserve some attention. Specially as you say yourself the game is mostly drifters.
Scawen

I haven't used a Pacejka Magic formula model but any model based on slip as inputs will have that problem that it doesn't work near zero speed. In LFS at very low speed it changes to a separate static model that is sufficient for low speed movement. The static model tracks a ground point representing the centre of the contact patch, that tries to move along the ground in the direction the wheel is pointing. A spring force is applied between that point and where it would be without any friction. Something like that.


I can't get heavily into that at this time, though I am following the drifting discussion.

If I do a change during this update it can only be the steering angle limit increase. Because I have too much work to finish that must not be delayed. A couple of questions:

- I notice people do not mention the GTR cars. Are they not used much for drifting?
- Does anyone have any facts about the limits in real cars when front wheel drive is involved?
vikingnor

Adding abit more steering angle would be a great start! 40 or 45 would do alot! Never seen the gtr used in drifting. Some fz5 usage and mostly xrt

The GTR's/XRR does not get used for drifting because of the low steering lock and the slicks, it may get used more if it is given road normals and more lock.
DJFNOW

Scawen - from one of the oldest drift teams around, we would love a tad bit extra fun aka "angle". I wouldn't recommend anything past 50degrees. Most commonly slid cars come factory with 40ish degrees. Plus backies are just too much fun and we could really turn up with a little extra "umfff"

You know what I mean???
DJFNOW

PS: if you're toe settings are .9 up front you'll be twitchy and slow.
DarkKostas

That's exactly the reason. There's so little lock that with slicks once you lose the grip you especially spin out.

As i've said in my first post, which i doubt anyone seen it.. XRT and FZ5 as they're the most common cars a simple increase to 45 would be perfect. RB4 as a street car is the only which has the least lock being 30 instead of 36 as all the others. So if these 3 get increased i believe it will be ok for a quick change and no need of new car.

EDIT: Now I am confused with turn radius vs steering circle and lock-to-lock vs max lock... Sorry for bringing this here

Nobody use GTR cars becouse tires pops after 3-5 corners so is impossible to do even one lap on FE3R or any other track a bit funny becouse XRR has drift skin.
UnknownMaster21

This, it is possible to do though one lap, but only drift turns with short period of drifts.

It is possible to drift any RWD car, but slicks pops out very quickly.
Mr_Lonely

increasing the steerlock to 45 will be well enough!
and a side thing maybe a proper rev limiter instead of an sowingmachine on max speed? x)
1234
5
6789101112
This thread is closed