just cars in this video:

MAybe a RAR, RBR and LXR (with roof) and all gtr cars relooking could do that. 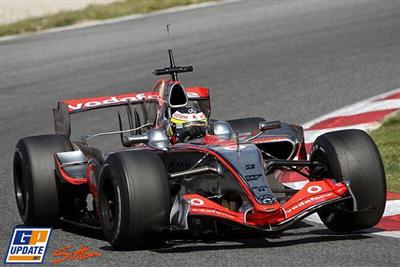 yeah we already do have the f1 car its called bf1 so if you want it buy s2 like G!NhO said
Chrisuu01

Car with a six wheels? how about that?

handleing would be pish
Drifters Only

I'd like to see an upgraded class of FXO, XRT and RB4 which have got a lil performance change, for example bigger turbo, better suspention, different types of tires (slicks maybe), better transmission (all keeping their original power transfer, accept for the RB4 which may be front wheel drive?) and a better aerodynamics package (with that i mean, bigger spoilers (which actually work and can be adjustable) wider body) so they are faster than the normal type of cars but don't match the performance of the GTR class, I'd like to call them the TC-class or TouringCar class.

This must be a class with fewer differences than the original types have. And becouse of that will be very enjoyable.

Make a RBR too than

I'd have something like an ATV, but i guess that'd be kinda stupid. Maybe something with a V8? shelby cobra, maybe a classic dodge charger (not superbee) or a van like a transit for banger racing or something?

Improve the original car model details would be great!!
Bluebird B B

Yes, the current f1 car in lfs does not have grip(doubt the real thing is that bad), current f1 cars pull over 2 g's in very low speed corners and consistently over 4 g' s in fast corners. Also current F1 cars are much easier on the throttlle while getting out or corners. Full throttle at much lower speeds then is possible with bf1 of lfs. In general most likely muchhhhhh better to drive. Would be very nice if the current bf1 will be replaced with an 2008 F1 car(and all code for TC be banned from lfs! suggestion to add it again, become bannable offence

But i want also to ad an suggestion for a car, the new a1gp car is very nice:
Rip form wikipedia:
"On 11 October 2007, A1GP and Ferrari announced a six year collaboration on the new generation of A1GP cars. The new "Powered by Ferrari" car is a modification of the Formula 1 Ferrari F2004 chassis with a V8 Ferrari engine producing 600 bhp[26]. The car was officially revealed in Southern England, and driven for the first time by John Watson in an inaugural event in May 2007. Michelin will supply the tyres for the new car[27]."

The v8 has a displacement of about 4.2 liters, it is close to F1 racing speeds and modified to make close racing posible without severe downforce loss caused by driving just behind the car in front. What i have seen from last race, these cars are indeed able to stay close in corners. Thats why they would be great for lfs, much more fun than racing then an F1 car. Who cares that the a1gp is about 5-10 sec slower each lap then the current f1 car.
Bluebird B B

Any volvo? chiptuned v70R Classic offcourse! Topspeed 270km/h with just engine tuning and great accelaration figures. But for racing, in lfs must be assumed shocks,dampers,tyres and brakes are replaced by racing stuff.. Stock parts are very reliable, but are not suitable for racing.

However, i think there are cars which would be better to add-ons for lfs.
UnknownMaster21

http://www.classicshowcase.com ... r/Fall2005/Chaparral.jpeg =) And I wish that white box car in center front, Which is: Chaparral 2J BTW is it the photo from Laguna Seca Track?
G!NhO

ah... the car that 'sucks' itself to the ground... seen it on discovery on smash lab

the only thing what i miss is a "le mans prototype".... and a track for the car.

And can we have this

But if there would be Dakar pickup rallycar?

Of course, first have to need full rallycross track which is long...

...would be fun I guess
dennisw