I just put some random tracks in the rotation, but the rotation doesn't work any more with latest AC server and freejoin it seems.
CodeLyoko1

hold on, did it ever work?
troy

Yes, kegetys figured out the packet the server sends to kick all the drivers after a race ends and the host switches to the next track in booking mode. Not sure what broke it but it does not work any more.
N I K I

Just don't remind them that they're hypocrites.
N I K I

What are you on about, this is going to be top leagues. Join now, it's getting hoooot.
dawesdust_12

They're fascist hypocrites regarding pirated content.
N I K I

Ok mate. They are strict. FYI, ur mental.

No. They're inconsistent. They banned people for posting pirated content before modding was allowed. Now they just let it happen.
N I K I

All pirates get deleated. Are you banned? Is that how this has to do with a pro league?
Hyperactive

Maybe he is confusing this thread with the iracing thread?
dawesdust_12

Any DFGT users here, have you figured out the best wheel setings for AC? I just can't seem to find a sweet spot, after a while it feels like a completely different game for no apparent reason, without me chaning anything.
Today i saw some guy recommeding 0 minimum force (for G27 in his case)..
Boris Lozac

Nice vid Boris. If the AC "camera" shook like the GoPro (presumably) in the real car, it would remove a little of that clinical smoothness, which is the biggest difference normally between real and virtual.
kars19

Digging the e36 an Civic EG 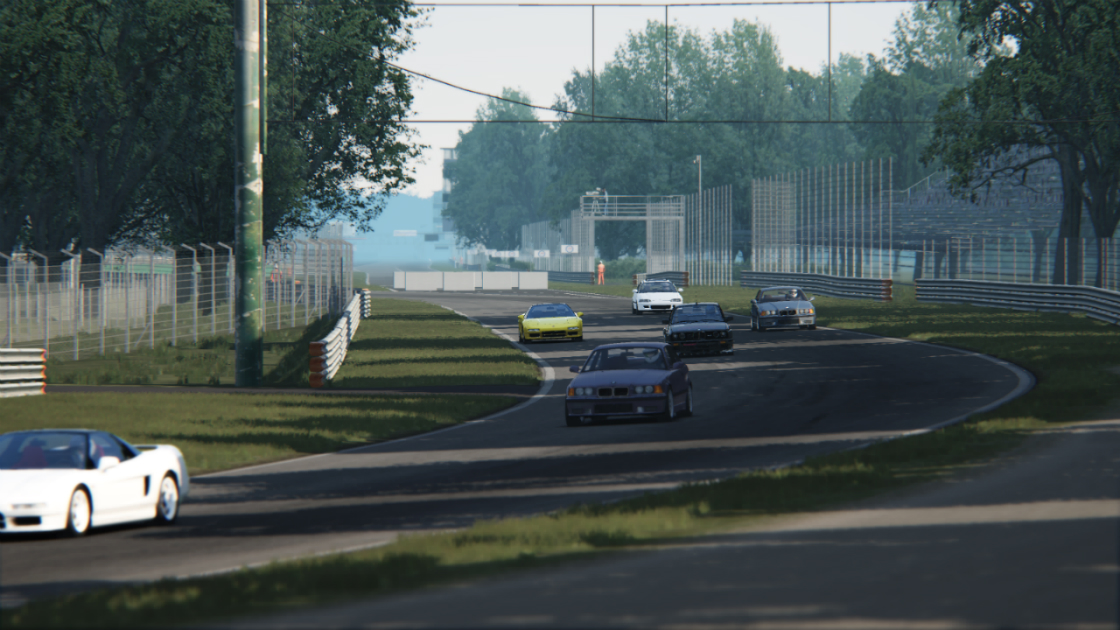 Last Lap Motorsports is pleased to announce the formation of our first league in Assetto Corsa. Last Lap Motorsports is a sim racing team that has its dating back to early 2009. The team exists in Live for Speed, iRacing.com and Assetto Corsa. At Live for Speed, it claimed the GT2 championship in the series final running, the most prestigious league at the time. Among other achievments in LFS, we have seen success on the iRacing.com platform.

They won the ETV! Live Team Series in the NASCAR trucks and the team has shown true strength in the IndyCar series with multiple official championships as well as the 2014 iRacing.com Indy 500 Top Split victory. The team also won its split of the 24 hours of Daytona by 45 laps. The team currently competes in Masters of Endurance along side marquee teams such as Coanda Simsports and Redline Racing with quite high success. In Assetto Corsa, our history is not so large, but we are here and ready to get started.

Our first step is to introduce our first ever Last Lap Motorsports sanctioned series. In the past many of our members organized leagues under the guise of Revolutionary Racing. Under this name we ran an innovative NASCAR Heat league, the first to master live caution flags, and also multiple Live for Speed championships including: Live for Slicks, Junior FOX, GT3 Touring Car Cup, as well as a short track oval league and other special events. Our GT3 series saw 60 teams at one point attempt to qualify for a single round and managed multiple seasons of high activity. Junior FOX saw two successful seasons, the latter being done on a fixed setup for each driver, and Live for Slicks saw great action season long as the league made use of the games streetcars with a modification that allowed for slick tires.

Now, we bring you the Camaro Cup. Signups are open, and races will take place on Saturdays at around 19-20:00 GMT and races will be around 45 minutes in length. We are currently waiting to see if Kunos will implement time based races, otherwise will release a lapped base schedule very soon.

BTW, I like the tile of latest chapter : Pre-order and release date
no mention of pre-order in the text

Feel free to join in

Wanted to sign up just to try how leagues look like in this user unfriendly sim,but there is some ac forum name asked - do i really have to sign up in some forum,which i will never use just to run in series?
CodeLyoko1

Since the information will be distributed over the official AC forum, yes, it's required.
lukelfs

Working on a track, Nikko Circuit, Check out my thread over on the forums,