Why DO girls pull that face?
STF

To show off their moustache, of course. Or pretend they have one.

Maybe it has a different sense in their girl world, who knows.

Nobody uses it regardless. Like I said, RCA, Component and HDMI are the only 3 connector types anyone uses for TV's. I don't think México uses SCART either.
-NightFly-

Not anymore yes, but as i remember it was widely used years ago.
Dajmin

That's the problem with young folks these days, they think everything is as it's always been. Back in the day your choice was SCART or RF. SCART was vastly superior but only on more expensive equipment. It later evolved into RCA, and that's why consoles like the SNES came with an RCA>SCART connector.

SCART never existed here though. It was still RF before RCA

I somehow doubt it, You were too young to remember that. (btw where does your "here" is, that explain perhaps, since it is a euroconnector afterall)
They came in market at year 1977 and is currently almost disappeared connection type.

I think i was around 10 when the the VHS players (VCR) came with standard connection as scart (usually had 2 scart sockets).

Edit* " Before SCART came, consumer TV sets did not offer a standardized way of putting in signals other than RF antenna connectors, and even antenna connectors differed among countries. Assuming other connectors even existed, devices made by various companies could have different and incompatible standards. For example, a domestic VCR could output a composite video signal through a German-originated DIN-style connector, an American-originated RCA connector, an SO239 connector, or a BNC connector."
Last edited by -NightFly-, Wed, 20 Oct 2010 16:41.
ColeusRattus

According to the wiki, he's right. Scart wasn't widely used outside of europe, being actually a french standard.
rediske

I know these SCART plugs from the beginning to the end...

Ever tried to get one of these into the right socket the right way round behind a tv/vcr without sight? It's a pain in the arse!

I always thought that the guy who invented that plug deserved to be shot tbh...

i call it "the cats arse"

Well you're english is getting better

lol yes, it's close to impossible, and secondly i don't think you are the only one! I'm sure my father said the same thing once when he was plugging one in, also, when a SCART is getting unplugged you can get a shock from it which is annoying.
danthebangerboy

Screw SCART, co-axial is where its at, retro baby!

Jesus has not said a word mate. about the pics, they're meant to be funny. 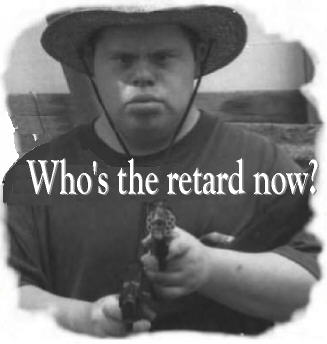 if you laugh, you're going to hell!
logitekg25

girls make that face cause its kinda like a pucker up face..and they..idk why they do that

It shoos away the aids.
JK.

But it's the face you make when you kiss someone, I don't know why either, Maybe their lips are like that because they have blown every man on earth + all the animals.

I had a friend like that, When I was younger I always wondered why her breath was always stinky.. Now that I'm older myself.. I know.

I will put a pawprint for petition the anti-duckface.
Uke

If it's a decent car, DLing it would still take less than earning money for it