I asked as part of the last patch discussion, but figure it's probably better here.

I just got a Steam Controller and I'm having some problems setting LFS up to use it. Has anyone got any experience with them? Any idea if I need to use something like XBCD?

Is there any love for Steam Controllers in this patch?

Thanks for the support

Hey all, long time no see.

I've been in denial for a while, but I think the time has come for me to let the DFGT go. The last time I even plugged it in was almost 3 years ago and there's no point having it sit in a cupboard forever! I only have a laptop now, which makes it a bit hard to use! So I'm here to see if there's any interest.

Since I've no idea what they're even worth these days, I'll let anyone have it for the cost of postage (which should be around £15-20 if memory serves - I'd have to double check). If you wanted to give me more then I'd happily accept the donation

Paypal is probably the easiest way to go for everyone.

Grats to us all

Until Netflix or someone grabs them, of course.
Albany Down gig
Find post in thread
Mon, 9 Feb 2015 10:22
Dajmin

Hey man, thanks for coming along! Was good to put a face to the name. Sorry I missed this post (and didn't have time to buy you that beer!), but I'm not as active here as I once was. I'm sure I'll be back when the next patch is released

The bands got free beer, does that count?

If you build it, they will come. Never more true than on the internet.
Snooooowww
Find post in thread
Mon, 6 Jan 2014 17:25
Dajmin 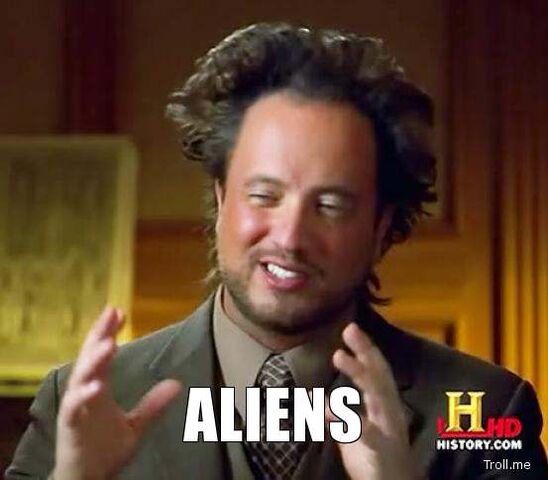 After the old Leon started to die I decided I'd had enough of "sensible" cars and decided to go for something I actually wanted. Deposit laid down over the weekend, collecting next week. I feel better now.
The avatar theme of December 2013 is: Sonic the hedgehog game from sega megadrive
Find post in thread
Thu, 28 Nov 2013 13:42
Dajmin

Right after I get a native Mac version


And again, claiming something is a "false" account, with only the internet and other conspiracy theorists as "evidence" makes you out to be a total crackpot. I'm a huge skeptic, but I don't believe what you say any more than what a government says. I wait to see how things roll out before making blanket statements about how everyone lies except for the people I choose.
How complicated can a tire model become
Find post in thread
Wed, 25 Sep 2013 12:43
Dajmin

I'm hopeful too. The problem is, just like Valve with HL3, the longer you leave it between updates, the more people are going to expect from it. And to avoid disappointment the devs are going to try to keep adding more stuff which then takes extra time.

So just like HL3 is pretty much going to be either the messiah of gaming or a huge disappointment, Scawen and the lads are going to either release something that makes you wonder what took so long, or blow everyone's mind with how amazing it is. I'm hoping for the latter.

You're pretty much right. Anyone who goes looking for conspiracy theories can always find loose ties to "confirm" them. And the convenient thing about being a fruit loop conspiracy theorist is that you can claim that any real evidence was destroyed or covered up and that's why you can't provide it.
Watch Dogs
Find post in thread
Mon, 9 Sep 2013 12:59
Dajmin

I was excited about this one, but after watching the latest video I wasn't impressed. I've got visions of it being a bit like the original Assassin's Creed where you've got so many individual talents available to you but you'll only ever use the most effective ones. So if you're chasing someone by car they'll use a road block hack and the chase will be over. And you'd do the same to them because it works. You'll intentionally lead each other down routes you know you have a getaway option.

That would sort of make the whole experience kind of boring. Single player might be okay though, as long as they don't force you to use every skill for every situation.
Albany Down
Find post in thread
Fri, 23 Aug 2013 12:35
Dajmin

@Crashgate3: That is bloody impressive. Pass on my thanks to your dad. He's obviously one cool dude and way ahead of the curve

@dawes: You could be right. My girlfriend's parents have both, but they're in Toronto so you're safe for now. Although to be fair, the list of people who have EITHER album is pretty small. It's not like we're rivalling... anyone for sales

The more people you put your advert in front of, the more chance of someone clicking it. As a FB user I've "liked" something I already liked, but hadn't thought about until that point. Now their advertising appears in my feed.

And Albany Down (http://www.facebook.com/albanydown) has used it from the other side too. Our reach and activity increase a lot any time we invest in the targeted marketing options on there. And more people seeing you means a higher possibility of getting them to hang around.

That's how marketing works. You lay out a fee at the start with the hope of getting something more back long term.
Facebook.con
Find post in thread
Wed, 8 Aug 2012 12:34
Dajmin

I used to hate Racer X's threads, but now I'm starting to love them. They're like my guilty secret. I guess the equivalent of watching some kind of disastrous reality TV show. I'm not going to click his links though, I don't want some crazy conspiracy website to be able to track me

Anyway...
The definition of a psychopath includes the term "anti-social". So yes, of course a lot of killers and other nutjobs won't have social network profiles. At least that much is true.

So is it a contradiction that the Big Scary Government Watchdog Evil Big Brother Corporation is tracking our profiles? Because if the people they want don't have profiles then it's not going to help them, is it? But as someone already mentioned, wouldn't that be the perfect cover?

If only the vast majority of the population was normal. If only the vast majority of companies have no interest in my Foursquare check-ins and complaints about work and only wanted my demographic for advertising purposes. If only they just wanted to make money. Wouldn't life be so much easier?
Any Physically Good Racing Game on Android ?
Find post in thread
Mon, 30 Jul 2012 12:51
Dajmin

I really like the Reckless Racing games. Top-down view, but I like the way they feel to play.
The state of this forum community
Find post in thread
Fri, 2 Mar 2012 13:29
Dajmin