Oh boy, Helmet Murko is already on it

Not as bad as the render. Looks alright, still bland though. 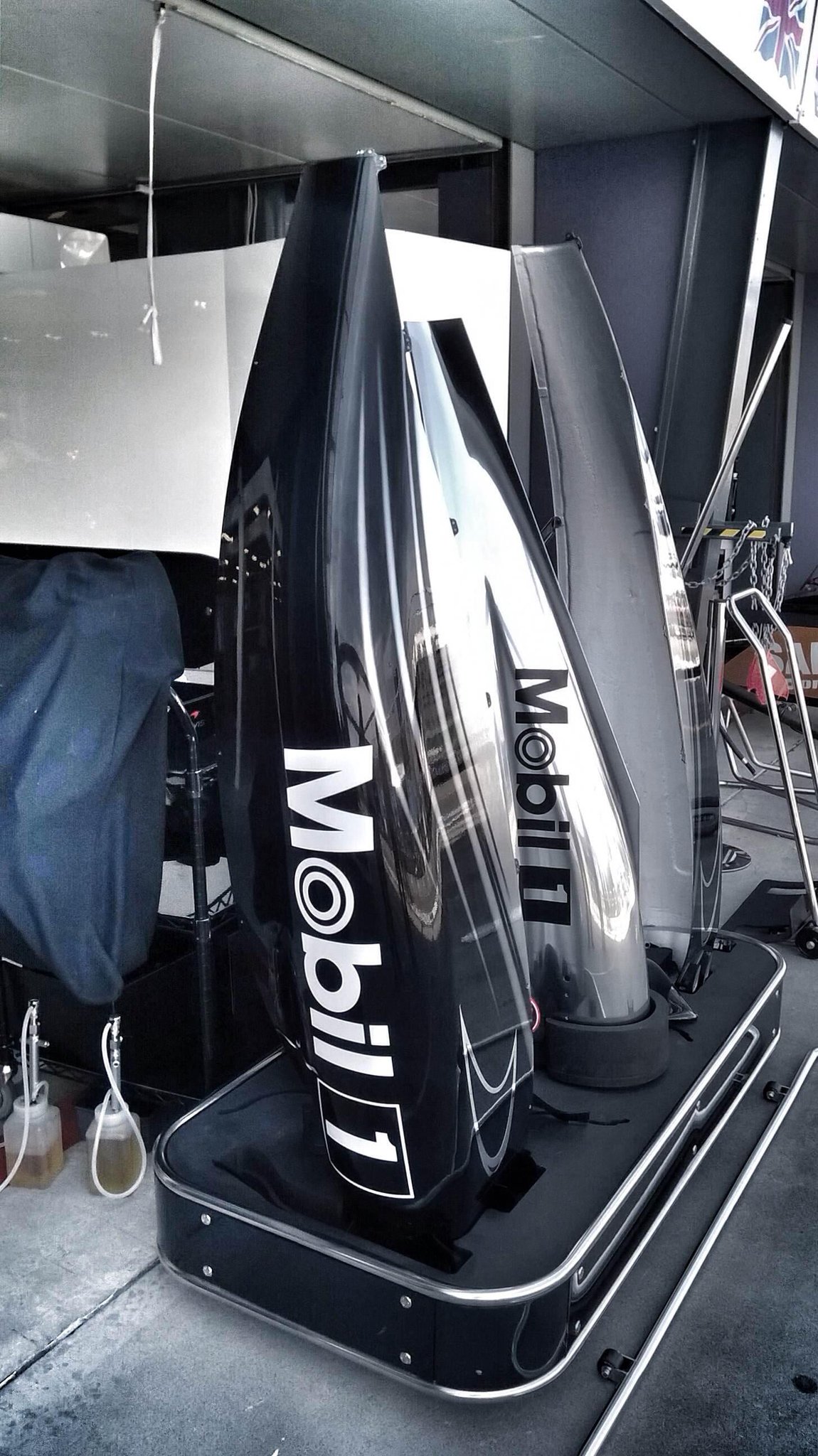 Mclaren said the livery is only for the first few races.
aoun

Turn the arrows orange and you got a livery that could run the whole year.
Storm_Cloud

MotoGP next week too.
vitaly_m

Ok, my thoughts after watching the first two practice sessions.

1) Sound. It's really decent, nice, and yet has it's special characteristic. Well, passing-by sound is not that spectacular, and much less noisy, but that turbo sound at braking points partly covers that lack of V8 roaring. Meanwhile, an onboard sound is another talk - it's as powerful and characteristic as V8 onboard sound, just in its special way. I find that lower range sound a bit more powerful that V8 high range sound.

2) Dick noses. Well the title says it all. In terms of aesthetics, the cars are silly now. Well, it was already widely covered by media and fans, but seriously what the hell with Lotus fron wing, for an example. Still a mystery for me.

3 Performance. It's looks like Mercedes are a team Nr.1 currently, meanwhile the second is Ferrari, third Williams, and 4-th place is between McLaren and Red Bull at his moment. I think Red Bulls all that fuss was for nothing. They definitely ain't that bad, as described themselves before the championship kicked-in.

4) Rookies. Kevin Magnussen clearly feels the pressure, yet isn't well comfortable with the car, as long we can see him drive at least 0,5 sec slower than Button, and drives often off the track. Daniil Kvyat did not impress me with his driving this morning. A lot of off track driving, can't even simply let other drivers pass him. He is very strained and a bit lost in the traffic. Hopefully he will get better.
danielroelofs

" I think Red Bulls all that fuss was for nothing. They definitely ain't that bad, as described themselves before the championship kicked-in."

Indeed.. meanwhile Renault caught all the blame for being rubbish.. they certainly arent the best.. but so wasn't the Adrian Newey's rubbish designed car.

Just a bunch of marketing noobs who should sell tins with unhealthy stuff and go on..
ACCAkut

Where did you watch the training, are there revording online?
Mackie The Staggie

Although still early doors, there are a few things that jump out at the moment

1. Alsonso seems to be getting more out of the Ferrari than Kimi is, although Domenicali claims that Kimi had an issue with his car, they would not define what that issue was.

2. Renault teams still having issues. Lotus and Caterham got very limited running while the Torro Rosso's and Red Bulls got some decent stints going, however Vettel still had to cut short his first session run due to over heating concerns. It's not that big a surprise to see Red Bull back near the top (even if the fastest laps were still 3/4's of a second behind the Mercs) since they would have commanded the most time with Renaults top guys and any hints would have been passed 'accidentally' to their sister team. This was also the first time that the Renault engine was run at 'Full Power' which would also account for the improved time in the Red Bull.

3. That Williams Livery - Is this what love feels like?


Also anyone know of a good website which would give stats on how many laps driver completed, consecutive laps, timing etc? I would like to see what exactly the Red Bull ran compared to the Mercs/Ferrari/Mclaren.
Töki (HUN)

I noticed that as well. Just look at this video that shows both of them driving. Kimi from the beginning, Alo from 4:47.

Very nice, cheers for that.
JackDaMaster

I think that Magnusson has done quite well so far, but Kvyat and Caterham haven't

It'll be an interesting weekend.
Anthoop

From that video it would seem quite clear that the two drivers are running with different intentions...the first driver was always short shifting and the second driver was clearly trying to warm the tyres for a good laptime when we joined him.
Make no mistake though...Alonso will be more familiar than Raikkonen with the car and team in general...who they (the team) choose to favour and what will happen will be the interesting part....
DejaVu

Vettel has issues with the car, he was slow even in FP3.