Wasn't sure if this is a mod or a skin. It's sort of both because It does change the effects of the shadows in game and does effect the physical appearance of a vehicle to some degeree.
If a moderator thinks it's in the wrong section, please move it.

This is a proof of concept, but it actually works and you can have real see-through sunroofs in LFS. They are viewable from all external views. The interior of the car is not supported in this version. Someone may take on board what I have done and apply the technique for the interiors so that the driver can see out through the roof. From looking at what I achieved here I think that is entirely possible. (edit: probably not possible for interiors - read on) 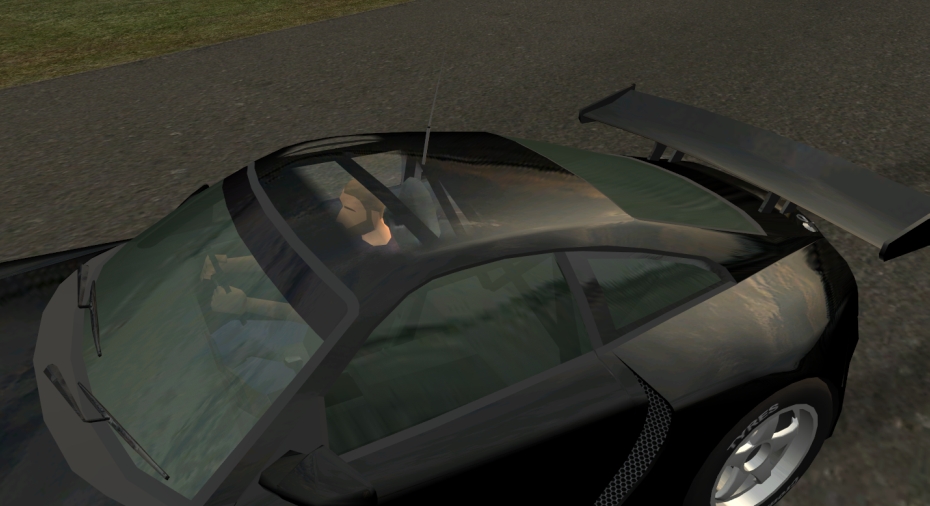 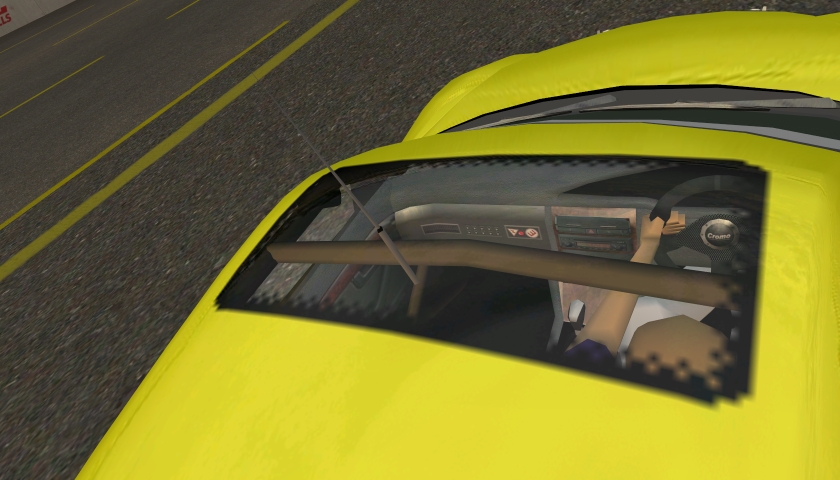 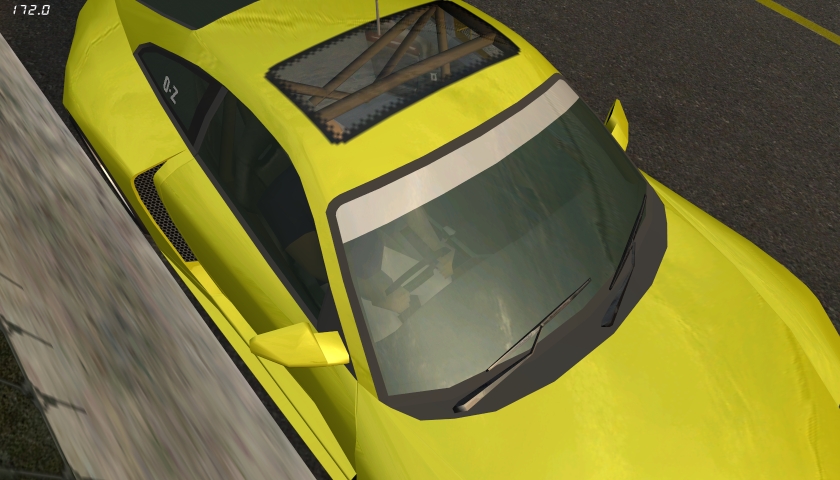 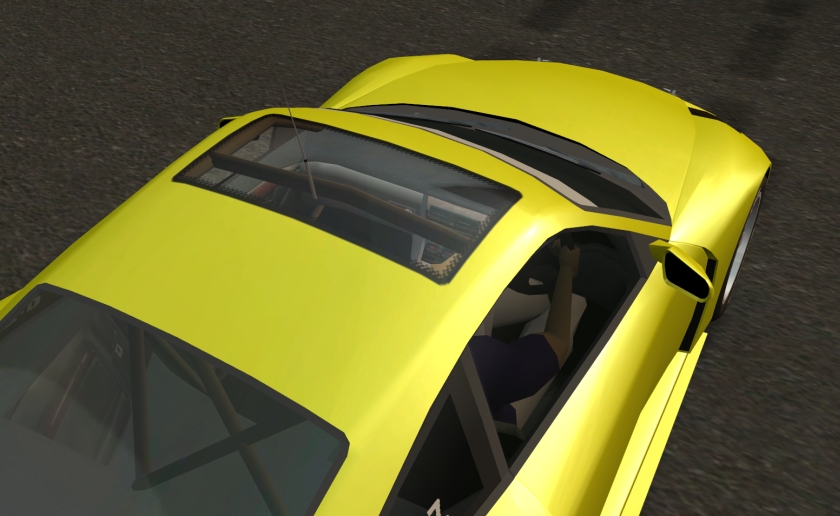 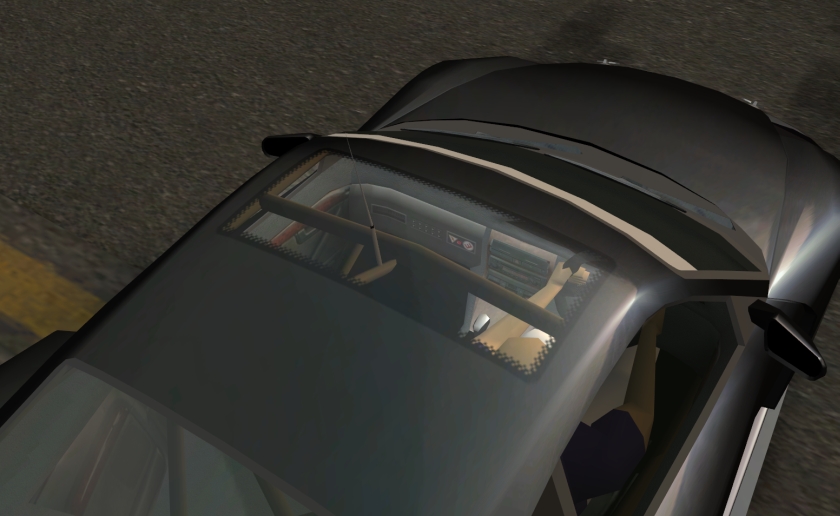 
To use them just download the attachment below (LFS_Sunroofs3) and unzip them.
edit: there is now the a higher res version LFS_Sunroofs3

They are the actual skins. You put them into ../lfs/data/skins_dds

Unzip the files to your ../lfs/data/skins_dds/ folder. From the garage screen, select the newly added skin. This will only work when you choose that skin. No other modification is required. All other cars on track appear as normal. You can see other people's sunroofs if they are using the same pack and vice-versa. Other players that do not have the pack just see the default white skins which I uploaded to LFSW only to avoid the "Your skin is not on LFSWorld.net" messages etc. If these are used ingame, other drivers WILL NOT SEE THEM if they do not themselves, have the download. Drivers that don't want to see them do not have to see them !! These won't distract racers if people use them in race servers ^_^ The sunroofs cannot be shared via LFS world, because you cannot upload that file type.


The hole in the roof is low res. But for the purpose of a being a hole hole you don't notice it. Any higher resolution and the skin file became to large for me. (edit: this is fixed in version 3) I'll mention once again the hole is not visible from the inside of the car.

Here is a video example of it in action: http://www.xfire.com/video/350ef/ (Thanks to Miles)


BTW: I know that sunroofs are not required for a racing sim and are totally useless in that respect, but after all it's just for some fun and no harm is done. Constructive critique is cool. If someone wants to take this idea and make them higher res, or improve them or even take it to the interiors, then be my guest.

edit: You need to end the file name with ___ALPHA.dds so I doubt now that interiors are possible. 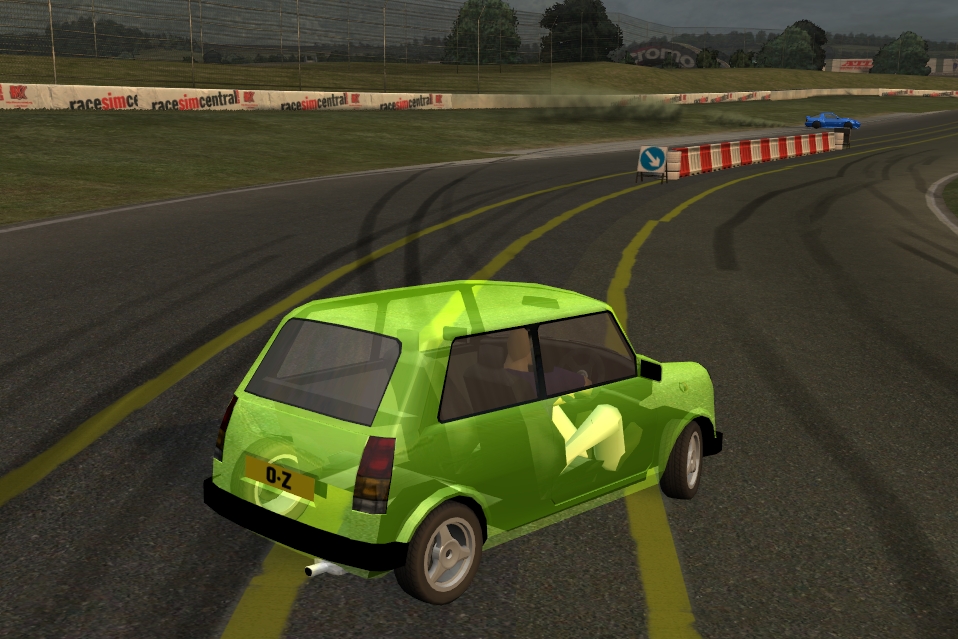 
Have fun everyone. Peace.

It is same level. Just make a tranparent parts in photoshop, and then save in DXT3 as *ATEST.dds
JasonJ

It's not simply a transparency colour. It's an ALPHA channel. The skins must end in the name xxxxxxALPHA.dds for it to work and you must save it using APLHA channels.

im a little confused i put them in my dds and nothing happened, aren't there suposed to be skins too?
JasonJ

They are the actual skins. You put them into ../lfs/data/skins_dds
Then select the skin from the garage screen like any new skin.


DO NOT SAVE THEM TO THE DDS FOLDER. THEY ARE INDEED THE SKIN FILES.

o that makes sense. thanks!
bmwe30m3

Very interesting concept! All it needs is some tint and those black seals that seal the glass to the roof to make it look real.
JasonJ

Cool. I made them hi res but the file size because over 1MB. What is the dds file size for you now? What's the file dimensions? Could you upload that one you did?


If the file size isn't too over the top, we can add rubber strips and clips etc with the higher resolution. I just couldn't figure out the corerct dds file (format specs) to use for a good resolution size. I was using 8:8:8:8 32-bit ARGB type. What did you use bmwe30m3 ?? thnx

And as for tint. I tried various things but could only get either fully transparent or opaque to work. Anyone that can add tint then please help.

does this mean we are now going to see MR2 style T-Bar roofs now aswell???

That is entirely possible. I infact made a complete transparent skin. See my avatar. 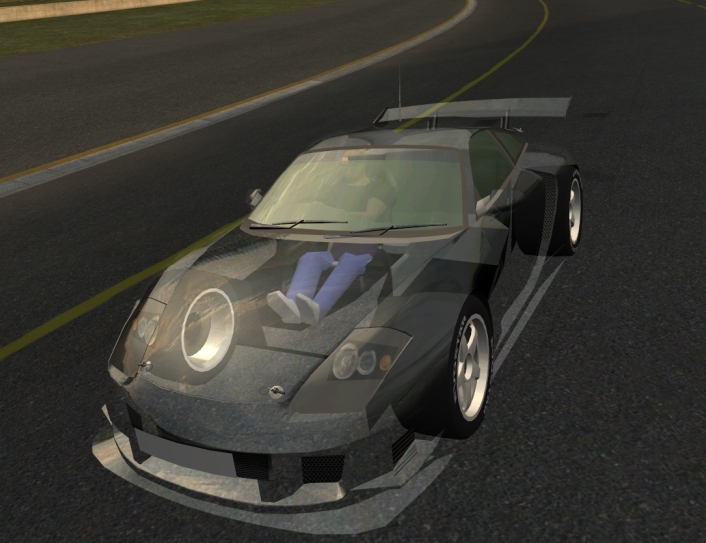 Using these skins, is it possible to do this?
http://au.youtube.com/watch?v=WVtgqrBqtjo
Jakg

No, that's done in a different way.
bmwe30m3

Ok i have no experience in this but i would like to tgive it a go. What do i have to do to make my own? What are alpha channels and let me say wow bmw good job!
squidhead

So basically if I play with the alpha channel, save as DDS and for instance make spoiler transparent.... EVERYONE ONLINE will see my car without a spoiler?

Try google ALPHA channels in photoshop? Open the one's I supplied in photoshop, (or BMW's if he uploads it) and in the layers panel use the Channels Tab.

It 's saving it in the correct dds file format I'm having issues with. What specs to use etc. Maybe opening the car window files that are tinted might give some clues.


No, they must ave the same dds file in their skins_dds folder to see what you see. And it doesn't make the spolier disappear. It turns it to glass with reflections. Note my avatar

can you please make it public?

that doesnt matter, thanks