Sooo, what do you consider a decent car for a 19 year old if a brand new Lancer from the future (2015) is only half decent?
kars19

it's the 2015 model, i find it weird too how in north america they always start releasing the year ahead model way before that year... i don't actrually understand it.

and a Impreza? lol i'd love one but price ranges between the two cars are totally different. i don't think i could afford a equal level impreza.

i would consider a decent car for a 19 year old to be some newish 911, i nearly bought one but monthly payments would be slightly more then what i want right now.
Kristi

Lol, a 911 for a 19 year old. Imo that Lancer is a bit overkill already, but if you have a well-paid job, then why not. Maybe that's quite a cultural gap between the US and EU. Meanwhile I'm just sitting here and planning to get an NB MX5. You wouldn't even call that quarter-decent.
5tag

The year ahead model thing is nothing special for North America, manufacturers here do this as well. Only in Europe cars are not advertised with their model year, they just say "the new Audi A3" etc. or, refering to an older model, Golf Mk1, 2, 3 etc., Audi A3 8L, 8P and so on.
Usually in one model's life span one or two "facelifts" are introduced, Mercedes calls these "Modellpflege", refreshing exterieur and/or interieur designs and revisting engines when structurally the car stays the same.
The production lines are generally shut down for a few weeks in summer (Werksferien, translates to worksholiday). While they stop producing cars, they don't stop working in there alltogether. Changes are made to the production lines and the cars produced in the second half of 2014 are referred to as model year 2015 in order not to sell a "2014" car in early 2015.


From what I remember you used to live in the UK not too long ago? So you should be able to see how the NA interpretation of "decent car" differs from Europe and assumingly most other parts of the world.
jibber

It's not an Evo, just your average 4wd non turbo lancer :|
matijapkc

This. I'd like to add one more thing. If you have a stable well-paid job, because if you get fired you're in pretty deep shit.

It still costs like 10 times more than an average 19 year old could afford, if (s)he could even afford a car at all.
Eclipsed

So, here is me and the "M325" at the Nürburgring.
3rd podium place in the Championship.

Anyway, congrats! Love the looks of that yellow beast

WOA! The forum.. looks.. so clean. A bit cheesy but it looks good!
holy crap.. MRT just slid of the screen lol!

TONS has been changed on the car, literally just about everything actually since the last track event. Even more will change again for the next one in Spring, but so far the car is really starting to prove its point, just need to tweak quite a bit more and get it to want to turn juuust a bit more. It's proving to be quite dangerous on the road, but on track it felt fantastic. 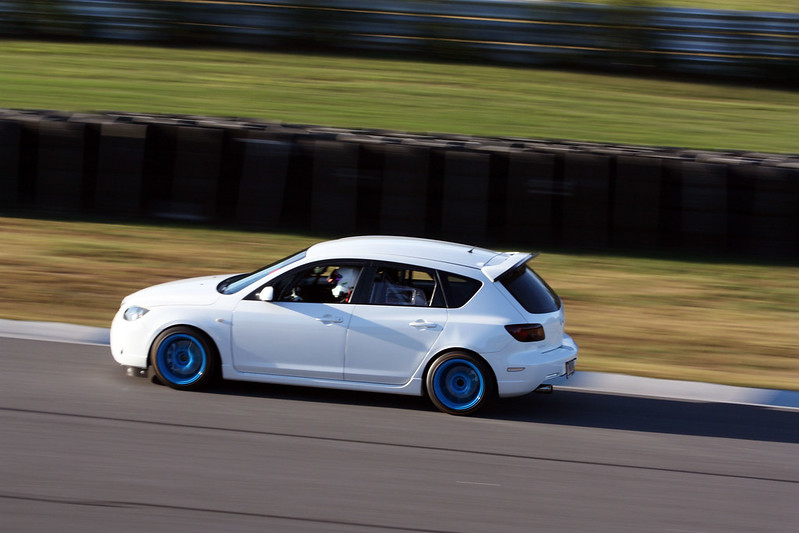 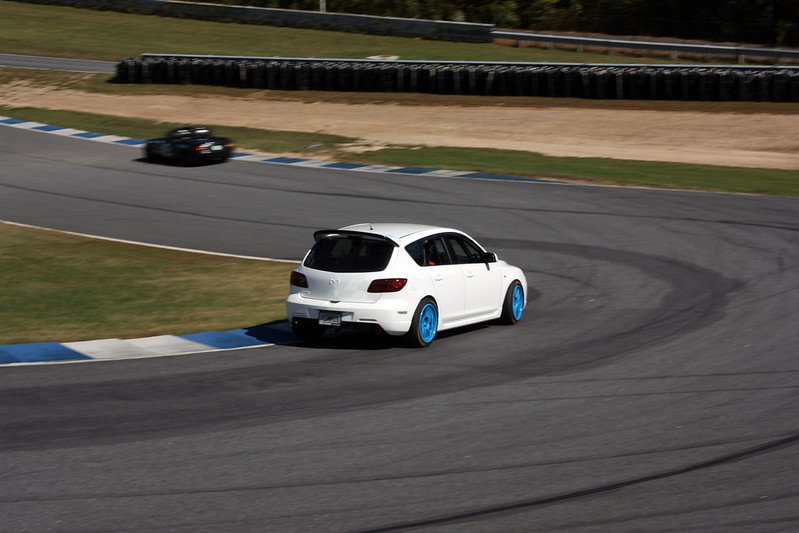 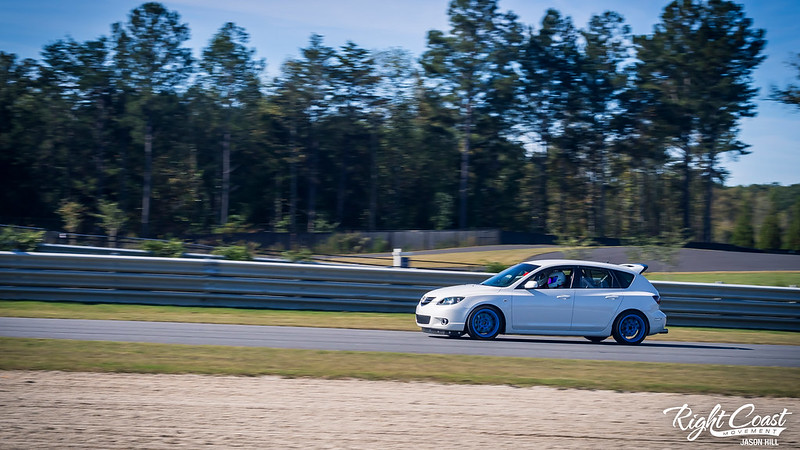 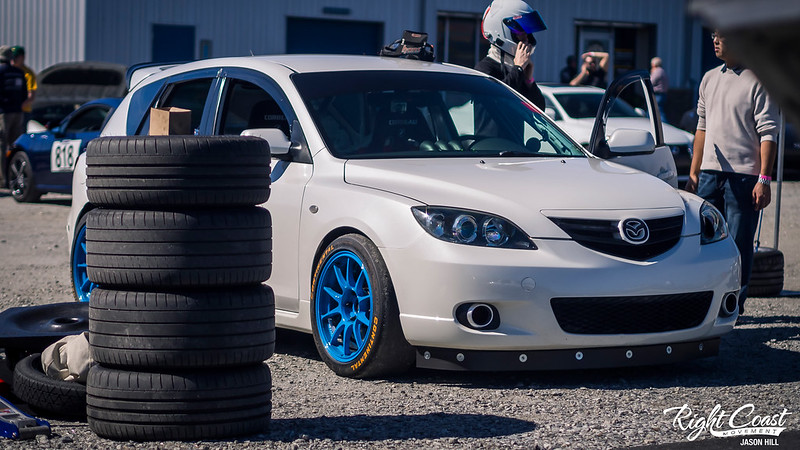 
Friend went for a ride because he wanted to test out his new GoPro 4 at 4k/30p
https://www.youtube.com/watch?v=wTuxt_VBUBo
rosewood2

Thats the most stunning Mazda3 XCNuse edition I have ever seen!

yeah the lancer is just a average cheap car over here, and yeah i lived in the UK but i considered the Lancer a much nicer car there then i do here.

my job is OK, i'm not rich by any means but i can afford my car payments, i have my own place and considering putting a down payment on a house which costs about 4X more then the house i grew up in. kids these days earn more money then they did 10-20 years ago, it's a fact and i'm not going to let life go by without enjoying it.
PoVo

Your Volvo was a much cooler car!

I wish I could insure a classic car being 19 in Ireland... You need to be at least 25 over here to insure something older than 15 years

Not mine, but detailed and waxed it today. It was flithy, done loads of motorway miles all over the country.

Both shots are raw

Povo the Irish insurance companies dictate what kind and age of car you can drive? wtf? Old cars are usually slower and less expensive to fix as well as already having made their 'carbon footprint' many years ago. Weird logic there considering a 1987 Volvo 240 is probably the best car ever for young drivers.

Did a short video, sounds great in the woods

Yes, pretty much no insurance company wants to insure a car older than 15 years. It isn't strictly enforced but that's the usual response.

If you want to drive an old car you will need classic insurance which is cheaper than normal insurance and requires you to be at least 25 years old.

I presume the logic is that if you give a young driver an old banger to drive they won't mind it and will trash it around the streets.

Unfair but that's the case. I have to suffer the pain being a fan of 80's cars

Back on topic:
I was hoping to get some pictures of my car because I washed it recently but today I noticed it's quite dirty again... We'll have to wait until the new year I guess

The logic behind that might actually be that older cars are less safe, because they lack modern safety equipment, and due to a scarcity of spare parts, quicker to write off.
5tag

That insurance policy is just bollocks. Novice drivers are more likely to damage their cars in general, can we agree on that? So wouldn't it be better if it were a cheap car, so the insurance doesn't have to pay as much for repairs/replacement? Novice drivers (mostly young folks) want cheap cars and that, amongst other things, means they will most likely choose a reliable car with reasonably priced spare parts available.

Also modern cars IMHO generally have less responsive gas pedals, gear boxes, their brakes and clutches require less effort to actuate, the steering is lighter and feels less responsive. I mean it's "easier" to drive fast, modern cars also have better acoustic insulation so you don't quite hear as much going on with your car.
Additionally the visibility has become worse and worse over the years, while affordable cars usually don't have radar sensors, so parking accidents are more likely to happen in modern cars as well.
NitroNitrous

I met a guy from the Celica Club in Spain, mine is the red one. Can't wait to install the spoiler with riser blocks, looks so mean!