Dont you just love having this on your doorstep

Mine will be hibernating...
Guess i'll enjoy the VW polo until spring is knocking at the door...

Next time be sure that you don't get your own shadow in picture - that is destroying the whole quality...

It was just a quick pic taken on my phone.. Nothing special

Where's that? Looks like where I wrote off my Polo

Near hawes in north yorkshire
doyal

I want that car so damn much.

I'm not sure I get what lead you to this conclusion, but no, I haven't been on a bike for about 10 years. If it was the cage reference, they literally fitted Defenders for NAS market with external cages. 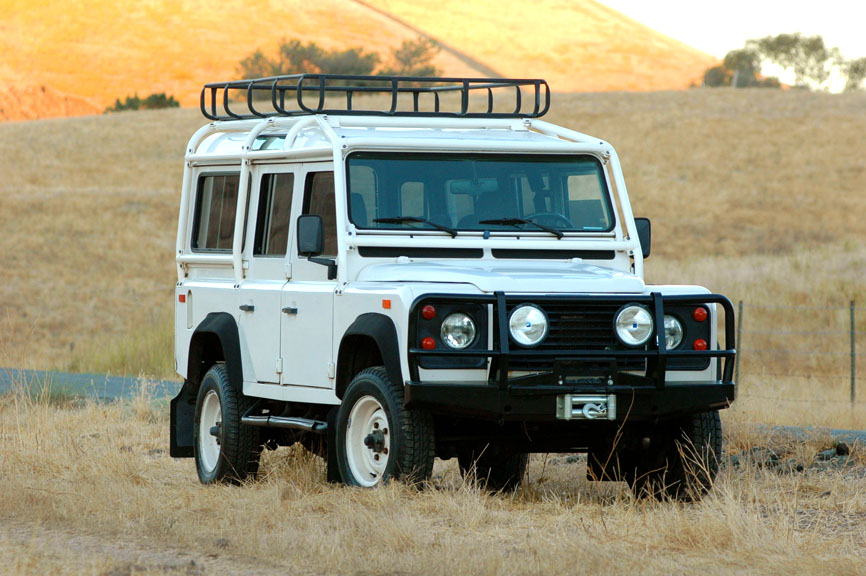 I guess that is what I was getting at.
Tinytacohead

My point was Nissan's the one who made the car such a bitch to get here, not US regulations. They knew the requirements & had they wanted to, could've kept them in mind during design. (they wouldn't have needed any "gentlemens agreement" BS here either, where they have to lie about hp ratings for them to be "legal", lol) That brings us to pretty much the only thing you said of worth, about Japanland having a thing for Japan exclusives. They also love doing super limited runs of stuff. (and I'm not referring solely to automobiles)

As far as emissions, from the article I read about the Motorex scandal, getting them to pass even California's strict standards was pretty easy. According to a detective on the case, the main problem for Skylines in the US, (other than dipshit Hiro Nanahoshi ruining everything), had to do with their low crash protection standards.
Matrixi

Not really, the car just wasn't designed for americans. It was designed to be the best that Nissan could do in Touring Car races at the time. There was simply no need to even think about regulations elsewhere, it's not like they went "Yosh! Let's make a car that the muricans can't have! Ha-ha!". If it's not the butt-tight US import regulations (mainly to protect the domestic car market to stop people buying better made, better equipped foreign cars) to blame, surely the car would have passed fine, had it not been RHD only? I can't really see your logic in this.


With all the mandatory emissions BS that the car would have had on it, they wouldn't have needed to lie as it would have propably barely made 200BHP...


Motorex, from what I read, were dodging rules and regulations left and right. Had Nissan gone through with importing an RB26/GTR to the USA by themself, it would have been full of emission devices and the car wouldn't have been what it was designed to be.
Tinytacohead

You've got this notion that emissions are enough to choke a donkey. I'm sure the higher output tuner/later Skylines couldn't have made their insane power, but according to the article, (in the case of a factory R33), basically all Motorex had to do was put 3 cats in the system to get them passing CA standards. (what that says to me is it wouldn't have taken much more to do emissions right) While unfortunately not having to do with RB26's, my experience with J-spec engines & US emissions equipment, has never proved them to be extremely power robbing either.

As for Motorex dodging rules and regulations, that's exactly what put them under. (as well as literally losing stock, long wait times, blowing extreme money on drugs & women etc, lol) Apparently the first R33's legitimately passed all tests though. The problems came when they simply quit doing the required mods, listing/selling cars as if they had, and the authorities started becoming aware. (at which point the legalization process was further slowed & more issues piled up due to their incompetency as businessmen) Apparently they'd never actually conducted tests on/adapted anything but R33's as well. To save time & money, they simply passed 32's & 34's off as 33's. There was some other extremely ridiculous BS that shed light on their poor business practices/ultimately caused their shutdown, but from what I read, those were the main related points.

I'd imagine if they'd been marketed here, it'd have been basically the same story as most other jap imports of the years.. they'd have been slightly slower and slightly heavier than their J-spec equivalent, though not drastically so.

But whatever, I'm done with the topic already, lol.
CheerioDM

Go back to your fishing loser.
ImudilaSkyline

this is as wrong as it can get u put that in the benz? lawl?
Torolol

Something to work on for a long while. Lots needs to be done, not really a short project

I know exactly what you mean.

Same stretch of road, about 6 months time difference. North Yorkshire is the only true Yorkshire, the rest are just fakes.
Hahmo

I do. been running this cheap korean phone for quite a while now, and 2mpix camera is really awesome for shooting photos.
Töki (HUN)

I told you. LADAs are awesome.

Camera is not the worst part in his post.