The only problem is the wing mirrors, can't change the colour, but I do love that little Fiat. I think I might play around and try to make a nice video now.
Nathan_French_14

I've heard about this wing mirror issue with the Fiat.

Apparently, the way to get round it is to buy a fiat WITHOUT the red stripes and stuff, and just buy a normal coloured one. I've heard that the wing mirrors then change colour to whatever the main body colour is.

Try it out.
DevilDare

Maybe he wants them to be orange to match the colour scheme of the Paintjob.

Atleast, thats my guess. I would want it to be matching.
pacesetter

Where can you find these skin kits?

My Xbox is broke, but I'd like to try my hand at one, (I presume these are made on the computer,

Made in the ingame editor
pacesetter

It seems the ingame steering wheel stops turning at some point, even though i'm still turning it in real life.
DevilDare

Come on guys, post some fun car experiments of yours for others to try.

I showed in a V6 from a 370z into the little Datsun 510 with no other changes. What a little car, useless in the corners tho

Focus SVT with a fully tuned V8 and keeping it front wheel drive. Absolutely stupidly stupid. Keep a steady pace in 6th, hit a bump and it spins up.
lukelfs

Awesome drifting, Learning to drift on the wheel, I find it hard to use clutch on a button lool

, Wondering if you would you sell me your tuning setup please?

Can you make any car RWD/AWD/FWD, or can you only do specific drivetrain swaps to certain cars?

It varies from the car and what engines you can use. Some cars get the option of all wheel drive, some just rear wheel drive.

I'll have a tinker with some other random cars later on. The Focus was stupid, probably be able to come up with something even worse.
ATC Quicksilver

Here is my second paintjob, unfortunately I can't put it on the storefront because I used some recognizable logos which look totally awesome and got a full 5 star rating from me. I think you forgot something.
ATC Quicksilver

No picture? Strange I can see it on mine, uploaded it again anyway.

Once i've finished season 6 i'll start work on another paintjob, not sure what car to do one for yet though.
mcintyrej

You can countersteer much faster than we can with the pad, I think I'll definately have to look into getting a wheel.


I was going to have a go earlier at setting my xbox up to my monitor but then I realised I can't because the monitor has no sound output! I'd have to get one of those little boxes that you plug into the xbox control where the mic goes that has both a mic in/stereo output - although I'm not sure what the quality would be like.

EDIT: Just read up on those things and apparently you need a stereo output on your TV for it to work - Damn!

On the xbox - VGA cable I have there's two wires for sound output, there the big jacks though like this:

Anyone know a way I could connect those up to a normal pair of headphones with a 3.5mm jack?

I need to stop answering my own questions:

Cables go into this: 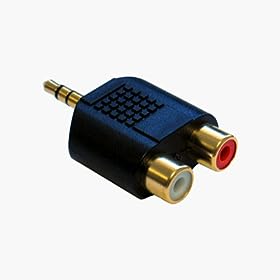 That goes into this: 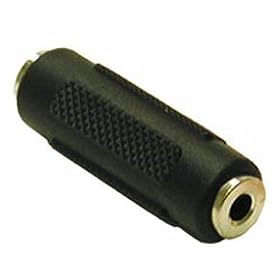 I envy you guys with a passion.

It's been two days and the store in town still hasn't gotten Forza yet.

Another week until I get some free time to go back unless I trust one of my friends with my money.
theirishnoob

hmmm in the news today they said over 100 cars where made for this game, in Ireland of which one was a mistsa Fto...

I'm having quite a lot of fun in my new Focus RS, swapped out the drivetrain for an AWD one and dumped the Ford RS200 engine in it. Ken Block eat your heart out. I almost bought this wheel until I read this review on Amazon...