All aids were on.
G!NhO

Could be because of stability help, traction control?
Nathan_French_14

Did'nt look like he had "super glued tyres" to me. Look at when he comes off the straight. He trys turning but crashes due to him doing 100mph plus.

You never know, maybe that murci has got fitted with slicks to make it easier to handle for newbies.

The deformable cars look nice too. Notice how the front of the bumper has a small ding from when he hit that porsche. It seems like the damage wont do the same thing everytime like it did in forza 2. Damage seems more GTA4 like.
lukelfs

He did have all the aids on as u can see, Press Back to 'Rewind', I wnat to see a video with no aids what so ever

I don't see a reason why they should step away from the sim-like handling. Forza has built itself a reputation of a (more or less) realistic driving simulator. It would disappoint many people if they would go into the direction of GRID, NFS Shift, Blur, etc.

The "community gameplay" video scared me however.

I don't think it's actual gameplay, but the way how the cars moved in this video... it's just wrong, edited or not. And this leaves some doubts about what to expect from the final product. Maybe they'll ruin it like polyphony ruined GT4, but i don't think so.

GT5 needs a rival, which will be Forza 3 most likely, and not some arcade racing game.
Gabkicks

anyone seen any videos showing off the car physics or tire deformation? sofar all ive seen are crappy drivers in both Forza 3 and grid...

LFS is really falling behind in the visual department...
Takumi_lfs

Little close up in the tyre deformation here. Think you have seen it though.
JJ72

LFS just need more consistent quality in some areas, and some extra details in the tracks and the cars, it has no fancy shaders but I do think it is still visually pleasing given the right elements.
Gabkicks

Meh, Really? how long have we been using the excuse of LFS having a small development team now?

I wonder what the Holy trinity are doing right now?
G!NhO

Use Lynce's high res textures and reflections, use high res track textures, use velociround's bloom mod and it will look like GRiD(with motion blur).

LFS have his own look an it is not bad but in terms of gfx qualty there is no way you can make it look like Grid or Forza3 and GT5. 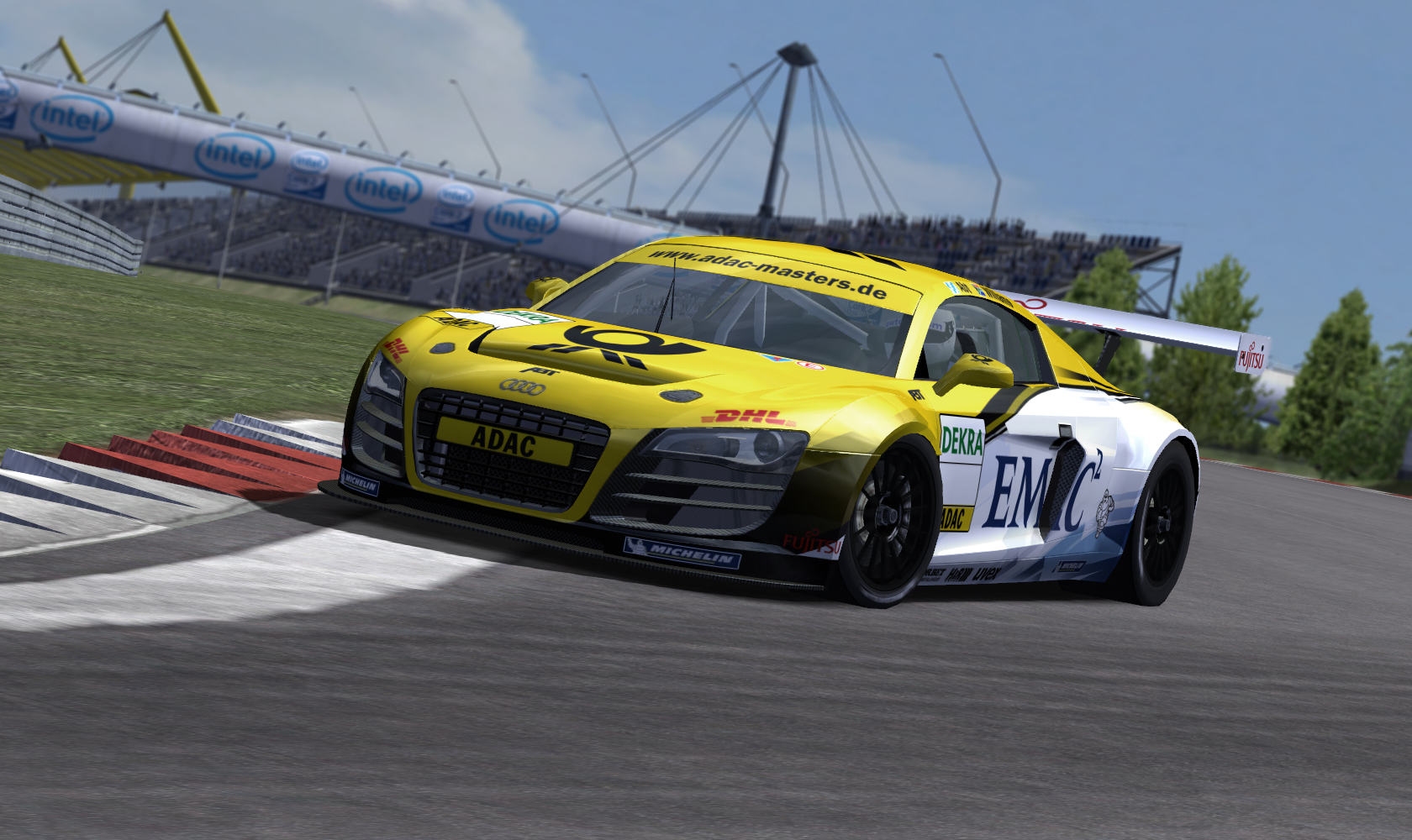 It looks incredibly sexy in the video, and it gives me good hope that they've moved the game forward both in terms of content as well as physics. I can't wait for it really, just as I can't wait for GT5. I'm sure I'll be spending quite some time with both.
spankmeyer

If Forza 2 got thumbs up from LFS forum peeps, the 3 might be worth buying even though I'd have to get the console first too.
Not Sure

As said, 360 only. You could buy Forza 2 to wet your appetite while you wait. Forza 2 is a fantastic game, so it should keep you happy until Forza 3's release.
kamkorPL

It has been confirmed on official forums that it's CG only.

And it has been said many times that physics had not been dumbed, but improved. And that it would be ironic to create more aids if game was easy.

So far from what I've read:

- center of gravity has been moved up compared to fm2. There's more realistic suspension work now (saw it myself on some replay bits that are hanging around on internet from e3).
- tire physics improved as tire flex was implemented.
batteryy

Sorry but that's a fact that a one (and a half) person graphic team which essentially writes their own engine isn't going to match big studio productions.
funRacer[83]

but he sure would get some attention if he could match the team of forza and gt with hunderts of people.

One of the new tracks announced. Circuit de la sarthe! I absolutely loved this track on GT4 so it should be even better in forza 3!

The only downside of them putting in tracks like this is that they've also confirmed no dynamic time of day or weather during races. So you can choose what time to start and what the conditions will be, but it'll be that way for the entire race. A little disappointing if you ask me.
danowat

So they have different time and weather conditions? even if they aren't dynamic, its still an improvement
Nathan_French_14

2 new pics of hotness. Yes folks, them are in-game shots right there.