i agree, i think we are very close after "NINE years". but what i dont like is that they wont give us a progress report on it, so it could be ready for release or it could be onother few years till complition, but i think the graphic updates have something to do with it.
RC-Maus

I hope with u guys

actually, i just realized something, when i went to content on this website, it showed s3 cars and tracks, ive seen the track bit before, but iv never noticed the car bit, is it just me who has just never noticed it or is it new there?
Eclipsed

What kind of report do you want about VW? I'm pretty sure it stands in devs harddrive and waits for tyre physics to be ready. As some already noted - there are no specific physics for each car,it's just one simulation,which applies to all cars.
Last report I recall from Scawen is that the new simulation of tyre physics are practically ready,it just needs to be optimised. I understood from the statement that the simulation just takes too much power off CPU as it's too complicated - and I'm pretty sure he isn't optimising them to run on something like Pentium 2 with 667MHz. And also I recall info about some flaws of physics that could be misused in some way.
Disclaimer - I'm not dev's press secretary,it's just info I have picked up following forums. Feel free to browse through Scawen's forum posts for full info.

On other note - why there's so much interest about the Folkscar? When released,it will surely be inside the top 1/4 of the lamest cars chart of LFS anyway.

On my personal view there are many other car classes that could be covered with fantasy cars - like 80ies F1 cars,90ies Indycars,various LeMans cars (LMP,GT1,group C etc),a proper supercar,maybe a muscle even if they're crap at cornering... Just a few quick ideas.
Ped7g

Well, the current physics is obviously quite good for game, and if you are new to car racing, it will certainly give you good estimate of how tires work and mostly correct basic knowledge.

But in some situations + setup-type they deviate from real-life expectations quite a lot (temps/cooling/grip can sometimes work in unexpected ways, getting near to the point where you can "exploit" it by setups which feel simply unreal/wrong).

Especially if you consider it relatively, like how well the graphics, sounds and suspension physics work now, the tires feels like they are not on par with other systems. And it's sort of unfair, because code-wise they are probably the most complex simulation in LFS and "state of the art" IMO (even in 2018), but as the tires provide so much of the final "race car driving around track" result, any inaccuracy there is felt lot more than in other areas, quite easily tenfold or more.

Also I personally expect the brake simulation to be added together with new tire physics, because the carbon brakes heat/cooling does affect tire heat and behaviour considerably on the fastest cars (like F1), and it would be nice addition especially for longer races (so one would have to manage also brakes). And it doesn't sound that complicated, at least in some basic variant and for somebody of master skill like Scawen

And also I expect the new tire physics to be already designed with live-track and weather already on mind, making addition of those in future more real (i.e. without another complete tire physics rewrite, only with some major changes added).

But I may be way too optimistic... (and let's hope Scawen will not hit his forehead after reading this, and rewrite it once more

How disappointed must you be to see the amount of work that has gone to feature this lame car in the game instead of developping content for S3?
UnknownMaster21

because it is different car apart from boring racing cars, which are restricted by rules.
benjamin.torres

If VW didn't license their car, we would have S3 cars and tracks by now.
Evolution_R

@benjamin.torres, you don't or don't want to understand - its not about this or another car anymore, its about rewriting the physics engine.
JohnT2005

do all the cars use the same physics engine?
Evolution_R

ok, i thought it was something like iracing. where most of the cars run of seperate engines
JohnT2005

The same spill has been given since before your time (2013). "We are working on this" "Here is a screenshot for that". Its not coincidence at this point. Its small feedings to try and shut people up. No one, not a one, of any of us that paid for S3 should have had to wait this long for new content. There is no excuse.
JohnT2005

I agree completely. Don't nobody dare say the stuff they said on S3 Launch here

"If you're complaining about S3 content why did you buy it?"
"Don't buy S3 if you don't want the one track"

All those prissy 2015 comments that had no actual backbone simply because those same people couldn't keep the same energy when Triple A Developers would even dare attempt to sell a DLC or Expansion Pack unfinished,,,let alone a full game. You best Sit down and Shut up if you say it don't @ me

In my opinion there shouldn't be a point of asking where LFS is going. The Development of LFS is obviously going somewhere and it will take a while as usual...but again "in my opinion", one of those directions is criticism, because no game can be held without being subject to criticism

My only two gripe about development is It's not alright to charge $45 (really should be less thanks to brexit and the currency drop) for all of this and doesn't have mod support or anything near constant updates, let alone content. When the developers of a game criticize the buyers of their game simply for asking questions about development, to me it comes out real bad considering we gave you an investment. (find that gem here: https://www.lfs.net/forum/post/1941005#post1941005 )
Last edited by TheNoobisonFire, Fri, 30 Nov 2018 06:14.
The_Great

lets burst a bubble here. for years its already like it is what it is. this update has not do with anything. eric slash scawen just like virtual reality and optimizing it for this helmet environments. tire physics only got into discussion for a moment where it was being mentioned that _it might be_ released. if being busy for weeks with some fonts you cannot expect something to happen on something complex like tire physics. its just not going to happen. just some mediocre release of updated non real tracks and one now discontinued real track and thats it. fanbase can be excited for two weeks about it and then it gets back to the same old waiting game for better times.

physics are also mediocre by the way.. force feedback is ancient when microsoft sidewinder wheel was still owning the place.
Eclipsed

The lame car just brought up flaws that would be needed to fixed at some point anyway.
From you I can see just complaints,how about contributing something positive instead?
JohnT2005

Ok, I look forward to when it finally come out,
JohnT2005

Along with I love this game, very good, only floor, were waiting do the this anyoing German car, other than that, 9/10, but when the new graphics update comes out, 9.5, all it needs then is an Alfa, then it's a proper car enthusiasts Sim
Sobis

I just want to point out that you paid 24 pounds for almost all of the LFS content and then 12 pounds for 1 extra track. Buying S2 --> S3 was your own choice and with this license you will also get all of the content that future LFS may or may not have, there are no promises (though there are clues that extra tracks are being developed). I personally do believe that we will get more content, LFS will not end here.
GT4_PL

S3 still not only 1 track, because Alpha version unfinished game.
We going more content features for S3 in future.
lucaf 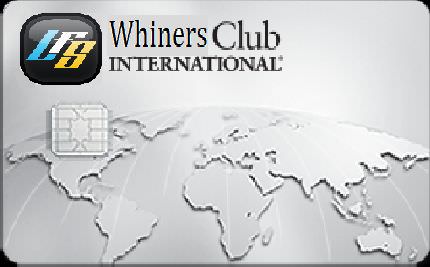