Yeah. A LUT would be better than a botched CFD system.

Spa at night, with volumetric clouds - will be interesting to see them move and how rain will form - no more texture skyboxes
Don't know how they are doing this on a PS3 which has 256MB video ram.... 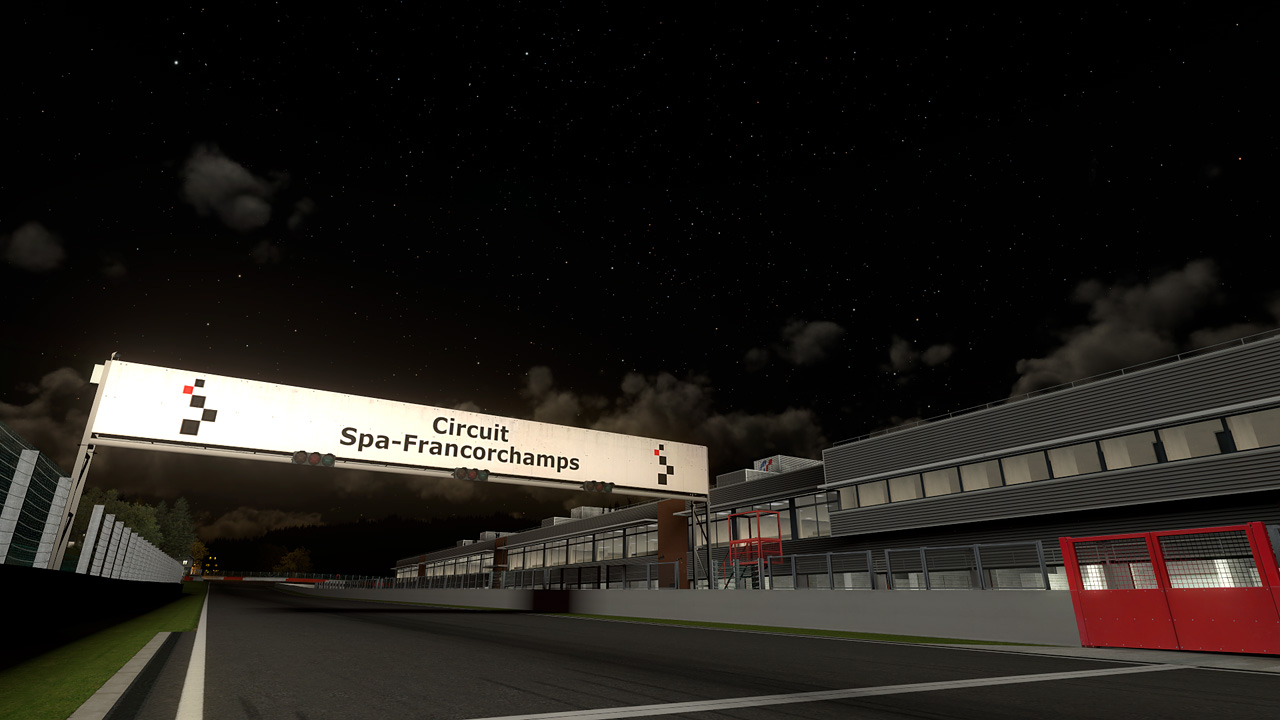 I'll get this but it won't look anywhere near as solid as it does in the videos. Hopefully it will have some of the classic Gran Turismo charm that was missing from 5.
CoolColJ 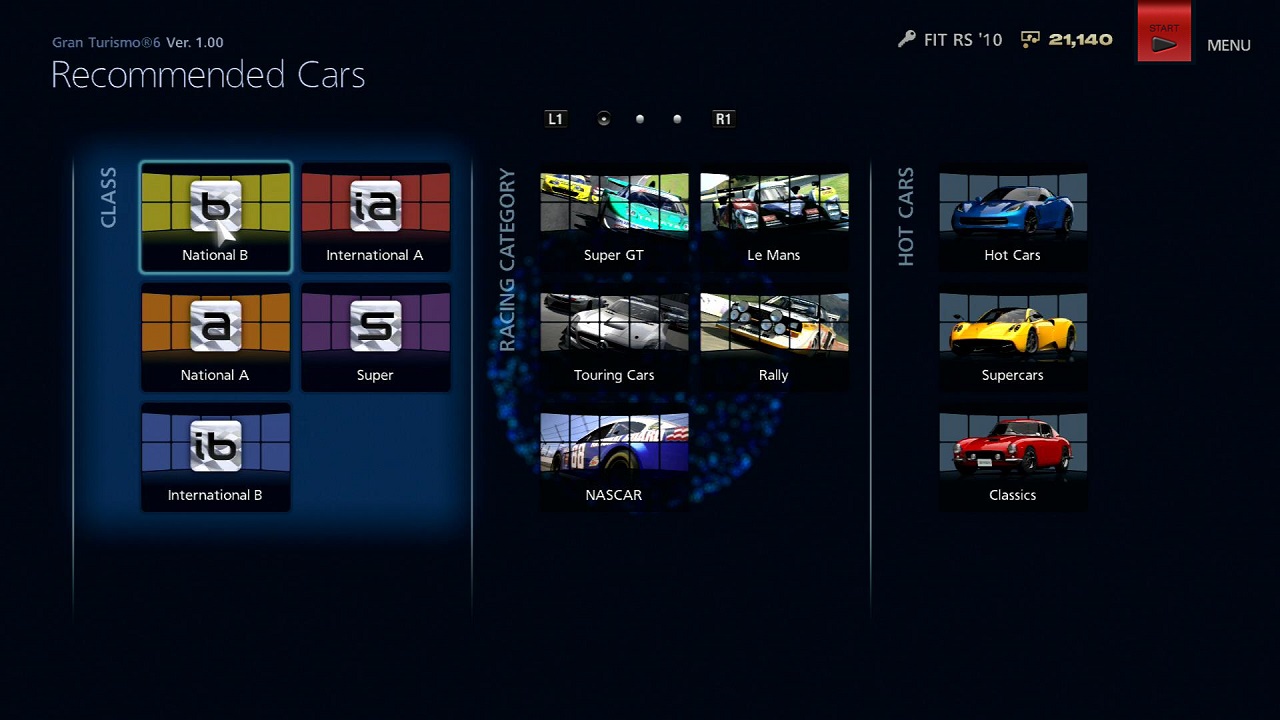 It looks good in motion though

The biggest feature im looking forward to is the tracking GPS course creator.

Pd will release an app that can track your location and can turn it into a track.

Hopefully this can included altitude changes then basically any track on the planet can be made.
Mustafur

There is going to be, as you have to pay for the repairs according to one of the pictures.

I wouldn't expect there to be much more visual damage then GT5 premium models though.
Hotdogxx60

That's something that could be cut back on. The only appeal would mostly be the American market. Oval racing bores me to tears. These are the only cars I didn't buy in GT 5.
NitroNitrous

What?! Source of that info?

Go down the bottom where it says update and you will see Course Maker it says:
Course Maker
This feature, available at a later stage through an update, will allow you to create your own custom tracks that can be driven in the game. Additionally, in another update we will add the possibility to generate a track by capturing the GPS coordinate data of a mobile app while you are driving that course. This GPS-generated tracks will be available in the game as playable content.
Mustafur

I think they have good appeal to be used on Road circuits, some lower grip tyres and you got your self a real uphill battle to keep that thing moving.
Hyperactive

The nascars are kinda fun to drive on road courses. Plus in gt6 they are apparently putting the new 2013 cars in addition to the 2011 and 2010 spec nascars into the game. With the new slightly less understeery and less rotation resistant physics the nascars could be even more fun to drive.

Got to drive the game at this skiexpo thingy, they had ps4 booths etc

Couldn't tell much about it since they only had G25's that were calibrated so badly. Seems really cool tho, I'd say worth the wait
ACCAkut

Only thing I hope is that they get the sound right at some point. It's the big no-go for the game atm for me. And I don't mean specific sound for the new Premium cars, but the overall sound engine.

IMO GT6 with its 1k of cars could really use an LFS style synthesiser sound engine. Enter displacement, engine form, cylinder number and - boom - sound that's somewhat fitting. You can't expect them to record 1k cars for the game(s).
Hyperactive

I don't think there has been any effort by pd ever since the first gt game on psx put into the sounds. The sounds are literally so shitty one has to imagine if pd even has a sound guy at all that does car sounds. Or maybe the guy is just as productive as eric is with making lfs tracks... Creating individual wav (or mid) sounds using notepad and that stuff... With forza and gt it is like two ends of the spectrum. Forza sounds amazing or at least great most of the time while gt is just awkwardly bad 99% of the time.

The game sells millions and millions of copies each time it comes out so money can not be an issue. It is just "not giving a shit about sounds" that is the problem imho.

And so far for the sounds in gt6 there is just a chance for some updated sounds coming for gt6. Kaz apparently used the words "new sounds possibly for gt6 in a patch". And even if that happens how big improvement it is going to be? After gt6 is out pd will focus on gt7 as much as they can because I can't imagine sony waiting for years and years this time around to get such an important system seller game released on their newest console.

Gt6 seems like something pd just wants to get done fast because they made an agreement with sony to make 2 gt games for ps3 and not doing one could cost them money. That's the only reason I think gt6 is coming to ps3 at all. And that is also the reason why it seems to be so underwhelming in all aspects in regards to innovation, new features and improvements any gt player would want to see.
Matrixi

Forza devs record their sounds on a dyno and push the engines at different load levels, PD still do it (atleast in GT5) only by free revving the engines without load. If anyone knows better, please do correct me.

Still not sure if I'm even going to buy GT6, maybe once it hits the bargain bin.
Kid222

I think you're right. Got no source, but there are videos on Youtube which show that, if i'm correct.
CoolColJ recording a Vector M12 on a dyno, back in GT4 days
http://www.youtube.com/watch?v=eaN8YsL4fKE


Not really, I've seen then recording engine sounds on a dyno, even Kaz confirmed so. They just don't have a lot of memory to play around with doing it the traditional way like in other games.
So tiny samples and not enough of them, but some cars are better than others.

Lexus ISF (stock) sounds quite like the real thing for instance
http://www.youtube.com/watch?f ... mbedded&v=t3RrFA4Xdl0

Kaz said they're working on a new way to generate sounds - which may or may not end up at launch, but might get patched in.
Some speculate it will be a more algo orientated system
Last edited by CoolColJ, Sat, 9 Nov 2013 12:38.
Matrixi

That's a sarcastic joke, I take it?
CoolColJ

No, I can hear a pretty similar character

Off course no game will sound exactly like real life, considering it's a dyno recording vs a camera mic in a different environment.
I do music/sound, with expensive speakers, I know my crap

The Gran Turismo version sounds really overly synthesized. Has far too much of an "electric" sound to it. It sounds like the tone of the engine itself has been recorded at a few different RPM's and they've pushed them together in some weird way because you can almost hear the individual samples in some parts because it sounds like there's more than one car - Which is also making some weird phasing sound as the car drives past due to the different frequencies I assume. Unless that's just some weird road/wind noise they've put into the game.

But that's just what it sounds like to me through my mixing headphones.
Hyperactive

That's just an assumption.And pretty crazy one considering there are better sounding racing games on ps2 than gt5.

Well from what I can tell GT5 only uses 2 base samples, and short ones at that, and pitches them up down. And you have 16 cars, which all have their sounds stored in ram, since you can switch between them instantly unlike say Forza, from what I've been told has a delay, to load the sounds when you switch. Plus some extra layers for ambience, wind etc

Most PS3 car games don't have 16 cars on track

On the PC say GTR series and Shift etc, they use at least 3 base samples, on throttle low, mid and high RPM range. Then the same for off throttle in each rev range. I've seen GTR car samples range from 20-50+ MB in size, per car