There is one thing I like to mention:
We've had a race on an open aston layout the other day, to see if the open track thing is already good enough to use in league racing.
The new race position list works fine and I don't mind the lack of yellow flags. You can usually see the accidents anyway (apart from SO, maybe).
What really is a problem, is the lack of blue flags. The race became quite uneasy as soon as the lapping began.

I wonder if you can find any workaround for this problem, like you did with the position list. I don't know how it's done, but the trackmap somehow knows which cars are ahead and which are behind. The trackmap also knows, where each car is on the track in any given moment. So maybe you could somehow manage to "measure" the distance between the cars and wave a blue flag when the distance gets too short.
That would'nt be a perfect system as there are bends and hairpins where cars are getting (geographically) close to each other without being close in terms of timing.
But as there aren't that many hairpins, I guess it would help racing anyway...
Scawen

That does worry me, though it is extremely rare. Problem is, no-one can reproduce it.

It reminds me of two previous reports, but I thought they were fixed.

Anyway, the problem is that this crazy collision doesn't take place in an MPR. To fix this I am going to need an SPR of the event, so I can actually see what happens. An MPR just shows the final outcome, not the event itself.
Matrixi

It's not. It's a GTX 580 and LFS compatibility issue. FSAA and FSAF can be enabled in the drivers as long as you disable them in LFS and it'll work fine.
Scawen

Thank you for this. I will give it some thought.
MadCatX

I don't think so and nubmazZ's comment seems to agree with me.


I don't have a 5xx card so I cannot test it myself, but from what I've heard enabling anisotropic filtering results in missing textures in LFS.
Highharti

Only way to get more than 1x of AF is by forcing it from drivers. I'm running 16x AF from drivers (with a GTX 580) and it's working just fine. Are you still going to tell me it's a bloody driver problem?
MadCatX

I'm not gonna tell you anything - you probably know better as you actually have a 5xx card. I just find it odd that for all I know it's the disabling of AF in nV CP that solves the problem. The fact that only 5xx series cards are affected suggests that nV has changed something in the drivers.
Scawen

OK, I need to stop for the day. Although there are still a few compatible updates that could be done, it would be better to test the updates so far rather than waiting. It's not that long a list because I spent most of the week on the autocross system updates (not included in Z33).

Scawen - some of us had been making rally layouts, taking advantage of the lack of walls to create new routes - is there any way these could be reinstated with say, a config parameter or something? Perhaps in misc options - enable barriers in open configs - yes/no, defaulting to yes?
GeForz

Without the laptop fix the patch would be worthless

I'm not too bothered about the Kyoto walls blocked off, but we were going to have a WRC style event/league, but these fixes has hindered that possibility quite a bit.

Thank you for that one in particular as well as the rest of the fixes.


Hehe, what a dilemma. It seems Scawen is damned if if he does, and damned if he doesn't. I like the fact we could use some off road sections between the barriers in exactly this manner. Some of the reports of missing barriers however, have been just for the sake of it I feel (lake?), but in many cases they have been legitimate places where a mistake could lead to passing through scenery into the netherworld.

I still like my tape idea for those areas that need marking off, but don't necessarily need a physical barrier.

I don't mind him fixing it, I'd rather it be that way actually, but I'd also much enjoy some form of option.
numbazZ

thx for patch, i made ukrainian language in game, can i send it to you or something else for update?

Scawen, it is possible to translate? 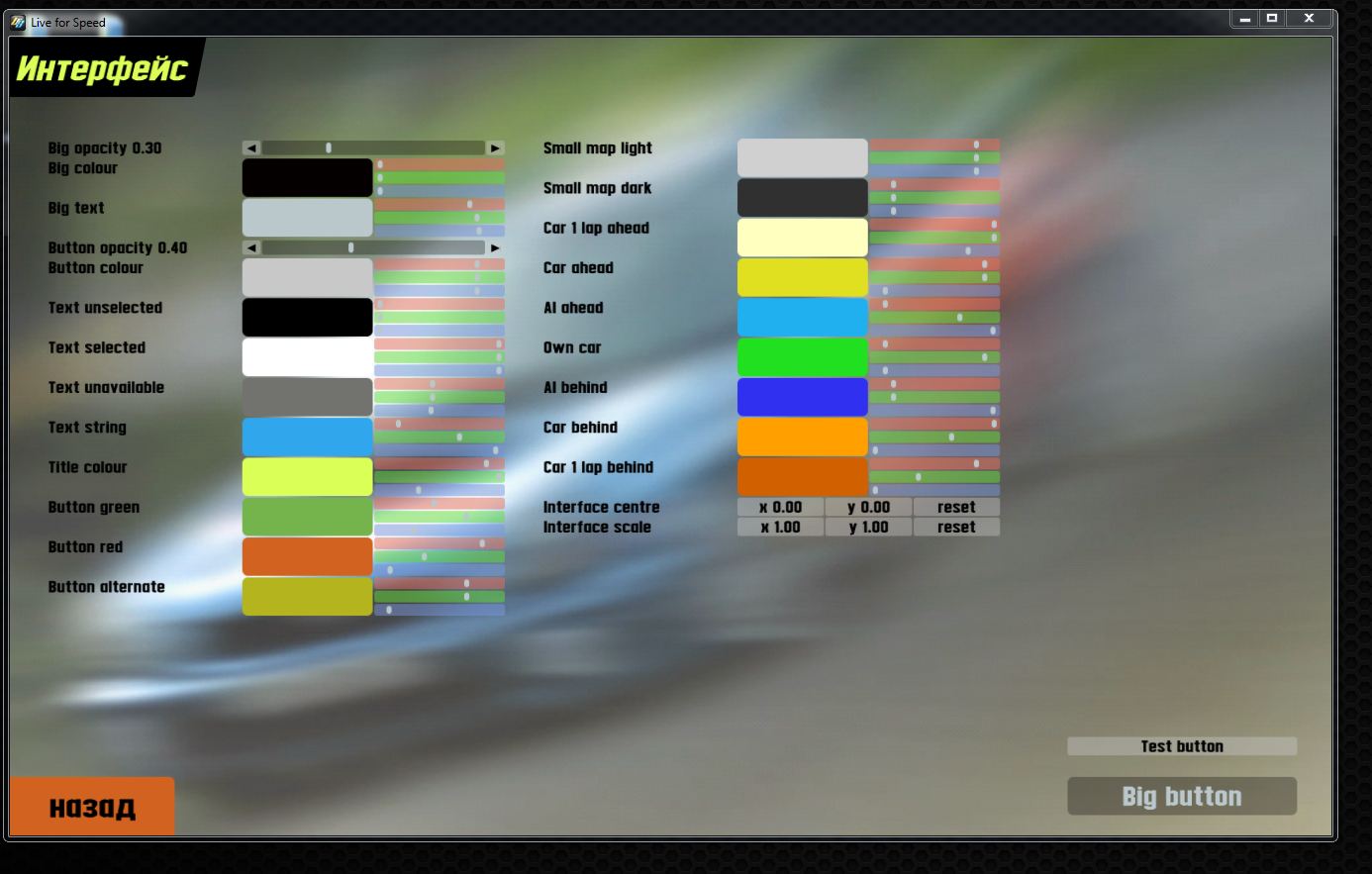 I'm afraid that these texts are not translatable.
Dygear

Holy crap, he is 5 already? It felt like yesterday we where seeing baby pictures!


Funny, I'm getting the same thing with the Intel HD Graphics (Built into the i3-2100T). Although for that, I get a black screen while in the main menu system. Seems to have something to do with the AF level. Anything above baseline (IIRC) causes the menus the go black. But as long as I'm in a MPR, or SPR, on connected to a server everything renders fine. (That was until the latest drives that made the game look like crap with anything less then an above baseline AF setting.)
Last edited by Dygear, Fri, 13 May 2011 21:14.
numbazZ

oh i see now( I was wrong, not this what I thought

Its the same problem when i opened at z30, but only what u need to do is copy all the rar files to your lfs files
Scawen

Is it 100% complete, including the help file?

If it is up to standard then we would like to include it. But first, please could you make a special thread "Ukrainian Language" in the Language Packs forum? http://www.lfsforum.net/forumdisplay.php?f=28

You can post a zip of your language there, and we would like to see it tested by some Ukrainian speakers. Usually there are some things that need improving, when you get more people to test it.