As said above we did it for fun,just to try out how hard it is. and lemme tell ya,when i did that 1466m baerly even saw the guy,sometimes i had to rezoom to see a little flash. but anyway in public server i did close 700m one but the server crashed and i lost the stats.i even posted that here

but the point is,boris is still in the wrong servers

i do a few shots with sniper in a round and switch to support.but than again im mostly in heli raping ppl

or im using a stinger and raping you
Mysho

Y u no have this game yet? Better than sex with gf.

1083 m , get at me son! (we were trying to snipe each other and he was hiding behind a fricking hill)
http://www.youtube.com/watch?v=AukagBGiJ-I&
e2mustang

Shooting BMX isn't that hard though with his big head...

Some idiot hacker in a server last night. He joined on our team first, the he switched sides, then switched again. He was using the EOD BOT 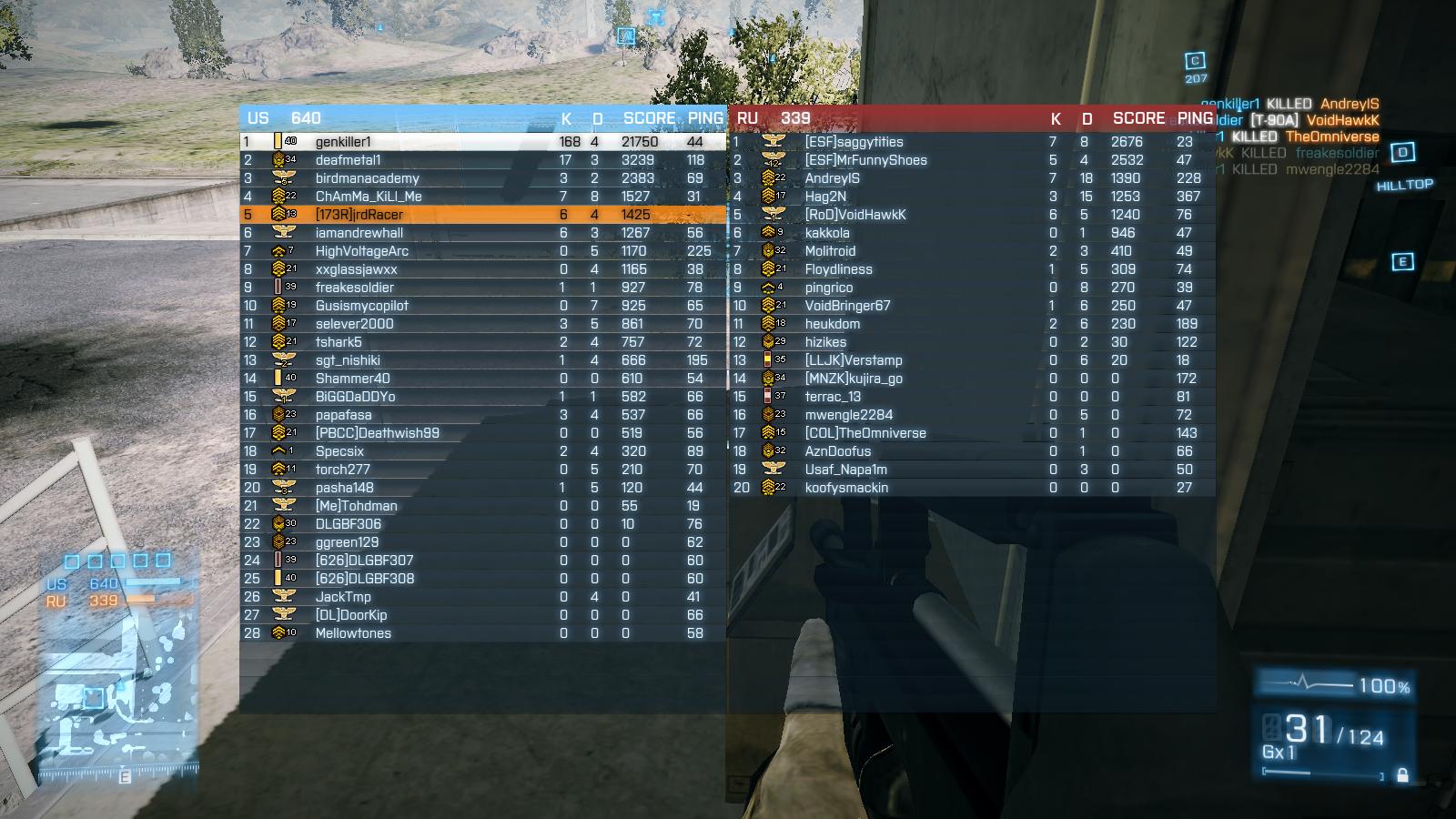 you saying he is smarter than e2?

@dennis what do you need help with?
Bose321

Lol no, just meant the physical size of his head.

Just started using the assault class with a G3 (loved that weapon in BF3) and going great so far, almost 2 ranks up in 1 match...

she doesn't, i even pause a video game because of her, she should marry me...

it's hard to find a ****ing time to play this, i am like everywhere else just not at home... and if i do i am hell of a tired to play... hopefully my christmas eve will look like bf3 eve.

@Bose
I dare you to do it when you and your friends are not helping you!
Because like that is pretty easy target..

Just took out the helicopter while i was capturing the C flag (Hotel) on Sharqi with my T-90, he was trying to leave the TV station, tripple kill

How did you get a triple kill from destroying an Attack Chopper?

Stuff can happen. I blew up a tank with an RPG and got 4 kills. Why? Not sure exactly because the tank was pretty far away, there might have been engineers repairing it or something.

In Boris' case, it could have been something like the chopper falling on someone. Or he could be talking about the wrong chopper.

Go try yourself, alot harder then it might seem. And also he only helped me with the first few shots, the rest was done by myself.

so how does the BF3 G3 compare to other versions? i usually end up using it in everything it's available in but haven't gone down the co op route yet to unlock it
Bose321

It's okay (great in close combat), but when you have to shoot far and precise it's a little to rough for me. Too much recoil and not enough bullets to just spray. It felt a lot better in BF2 too me. I still love it, but only if you encounter enemies from close.
felplacerad

I bought this game a couple of weeks ago but haven't been able to evaluate it properly because of a freezing problem--After about 20 minutes or so the game would suddenly freeze with the sound looping, forcing me to do a warm reboot.

Such freezes kind of remind me of problem I had back in the day when I was into overclocking and the system would become too hot. However, all my components are running at stock speed. Plus, I haven't experienced any other freezing problems with my current rig.

Still, I re-applied some thermal paste (I was a bit careless the first time around), installed an extra fan to cool the south (north?) bridge and so forth.

When that didn't help I gave up. I mean, if my old rig is too crappy to run this game then fine. I've got other stuff I can do!

But last night I googled a bit and it seems *a lot* of people are having the same problems. And equally as many "solutions" have been posted, ranging from disabling Origin In Game to disablng Realtek audio Drivers to using 3rd party tools to underclock your hardware or even hacking the bf3 executable to allow it to allocate more than 2gb of ram. Simply put, at the official forum no one has any idea what they're talking about.

So ... LFS dudes. Do any of you guys happen to know what the REAL problem is and if so, is there a fix?