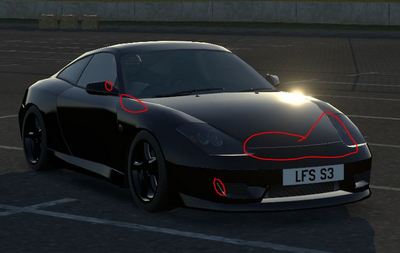 i see a small video coming??

Obviously not a solution, but on a high-DPI monitor (say 4K 22") it won't be nearly as noticeable.
Matrixi

Maybe Global Illumination would be the "easy" but performance costing answer here rather than separate shaders?