Who cares about graphs and font colors.. Its #FreeScirroco movement what counts. All sounding good though, might take more then 9 months but getting used to it don't we?
bobloblaw

^ I want to say that post you're replying to is dripping in sarcasm, but in can be hard to tell on an international forum.

Road to VR ranks LFS #3 in their fall '17 update of VR implementation. I give LFS the rating: if you build it they will come.
FreeScirocco

Hmm oh.. But I like more variations of font colors too. Maybe we can sneak it in during the beta release patch sequence / episode. We will see, when it's time.

VR is still quite nieche, small breadcrumbs use this technology. Racing wheels on the other hand.. This force feedback system of LFS needs an update desperately (I think it coincides with this physics update).

But, nice that you sneak in some news in this topic.
BeNoM

(Gameranx - has over 4million subscribers)

Converted in AC to get more sells and put LFS in a box. :/
Cutie pie

Does "LFS in museums" count?

Found this in Automuseum Prototyp Hamburg 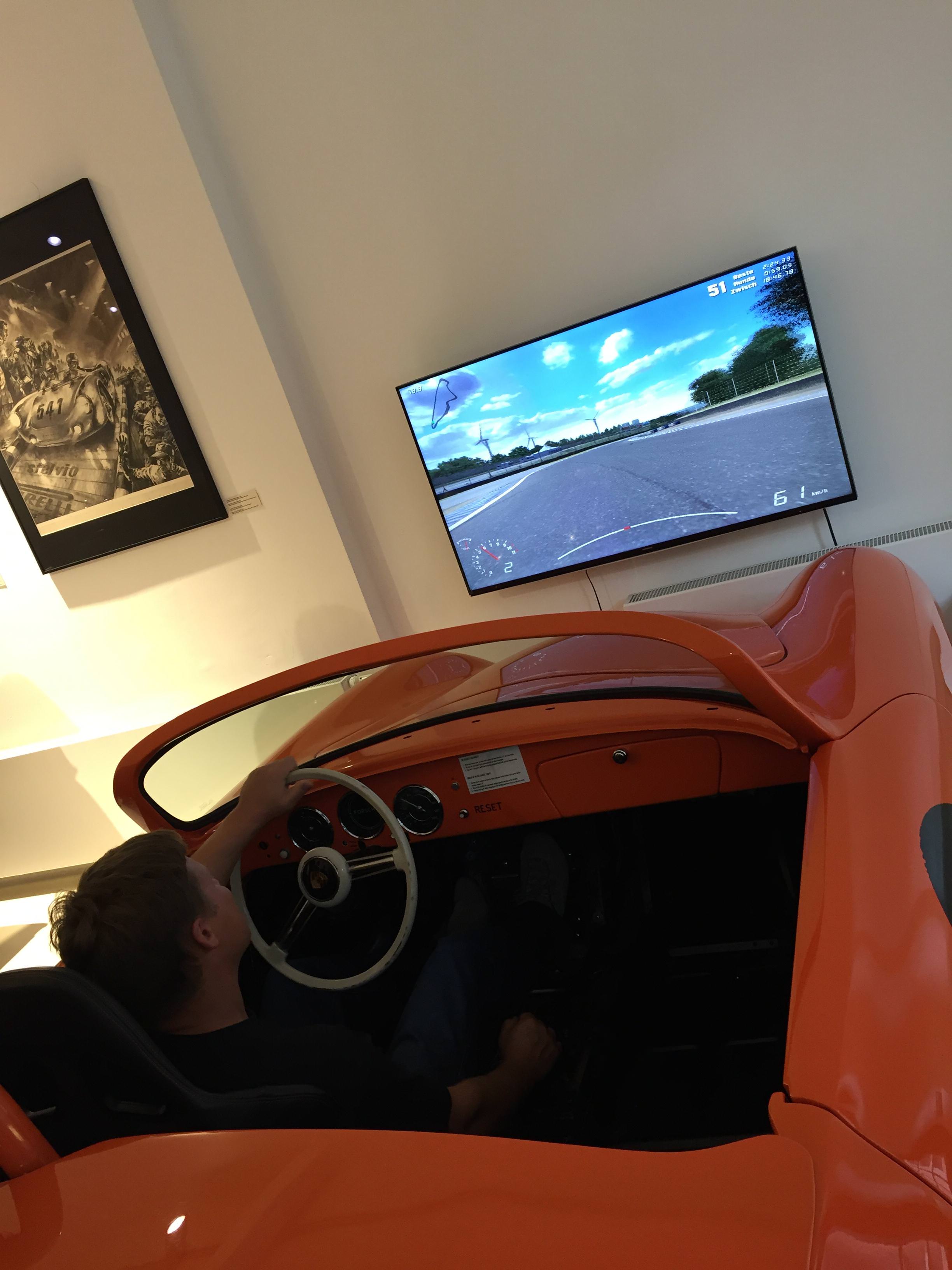 Funny thing! I was there ~2 months ago! The car was underpowered XFG (to simulate an old car) with 4 gears. It had custom pedals (sadly no clutch) and a custom all metal clunky H shifter. It was quite fun.

LFS should update their terms of use, if it's on public places they should inform that is lfs or add a lfs logo there
Flame CZE

Surely it's not commercial use if they're not charging people specifically for driving that car?
Sobis

Could be, I'm not sure. It's not exactly free either - you have to pay to enter.
In any case it doesn't say anywhere that they are using LFS.
Scawen

Thanks for the information. We have contacted the museum again. This time we got a reply and they are now displaying the logo and text on a banner beside the simulator.
Sobis

Ubuntu just posted about Live for Speed on their official Facebook page:

In case anyone is wondering: Canonical (the Company behind Ubuntu Linux) developed a new Package Manager (kind of like an "App Store") for Ubuntu. Anyone can create and publish "Snaps", as the packages are called so that other users of Ubuntu or another Linux distribution that supports snaps can download and install them.

Apparently, someone named Taqi Raza (mmtrt) packaged and published a Live for Speed snap in the beginning of December that, basically, installs Wine, downloads the LFS installer from LFS.net, installs and sets everything up.

The snap is published on snapcraft: https://snapcraft.io/liveforspeed
The "source code" for the snap is available on Github: https://github.com/mmtrt/liveforspeed

I think this is cool. I just hope the devs were informed beforehand and that mmtrt continues to maintain the snap.

Edit: @Devs, it appears that the snap uses Wget to download the installer from lfs.net, so if you'd like an indication of how many installs this generates perhaps look for the Wget User-Agent in your server logs.
Last edited by felplacerad, Sat, 29 Dec 2018 23:52.
mbutcher

I was thinking the same about whether any permission was sought to bundle and publish the snap package.
Ped7g

I just wonder why the shop link for license is going through bit.ly (it seems to redirect directly, at first I thought it hides some analytics of the package author, but doesn't look like that). And the official link is similarly short, so... what's going on? (I think somebody should try to contact him to modify it, bit.ly links are suspicious...
mbutcher

While this is the incorrect thread to be asking that question, the answer is: No one knows for sure. For discussions related to the new Autocross version, please see: https://www.lfs.net/forum/thread/92883-Graphics-Progress-Report%3A-Autocross
LOXISLOXIS