Here's an example: imagine trying to drink a Dr Pepper with a 2 meter long straw... not very good...

When I got a GPU not too long ago, yes the graphics improved but it was still the same FPS, just a lot bigger graphics with more detail. What did improve the speed is when I stopped using the VGA cable and bought a DVI cable instead. I noticed a difference right away even as I started my computer.

If you have trouble with FPS, try the following:


note: feel free to add or change the list if it helps.
Papa

Eyefinity is somewhat different from just an extended desktop. When you switch to an Eyefinity setup you only have one virtual screen thats spans over three physical monitors. So, even the Windows desktop behaves as if you had one wide (48:9) monitor with a resolution of 5760x1080 (or slightly more due to bezel compensation, like 6004x1080 as my screenshots showed). Eyefinity doesn't "kick into action" when an application goes full screen or something like that. It's more like a screen setup I choose prior to starting LFS. The AMD Catalyst Control Center also lets you save different configurations. In my case I can easily switch between "only use middle monitor", "use 3 monitors with extended desktop" or "use Eyefinity setup".
luki97

This actually never helps and when im setting track textures it only gains 1 maybe 2 fps so its actually useless because there is no real gain in fps and its only looking worse when you set it on low. And i actually have lower fps in compressed textures so im using full textures because there is more fps and looking better. Tryied even default or alternative shadows and fps was same on both (read: fps was low). I did it on a paused game as it should be ofc.
dawesdust_12

Eyefinity/nVidia Surround makes your three-screened desktop act like 1 giant surface. They also do bezel correction (at least in nVidia Surround).

Borderless Window is pretty standard on most games now, primarily to allow easy switching between game and other applications, but it comes with its own penalties (sometimes) where Aero will do VSync on that window as well, even though the game is rendering it at 200+ FPS.]

What happens when you are on a non Westhill circuit? (Fern Bay is the most lightweight in my beliefs). How does the Windows CPU graph look like when you set LFS.exe affinity to an unused processor in the two different modes? (LFS uses only one but by default all affinity is on all processors which makes it difficult to determine on which one LFS.exe actually runs). Does GPU-Z report GPU load? If yes, what kind of load? Best to make a screenshot of it so we can see if your card is running optimum or not. If hardware can be ruled out, then it's a starting point to look at the software.
Last edited by cargame.nl, Fri, 24 Apr 2015 09:10.
E.Reiljans

Did you try switching off Vertical Sync to see if that is the cause of the low frame rate in full screen mode?
Pablo Donoso

Ok so imagine there is a large environment with all the surface areas covered with tons of files, each one being 2mb-5mb's in size. As you go from section to section in the environment, the textures behind you are taken away as the ones coming up are added. As more textures appear, it takes time for the cpu/gpu to process it. This takes probably a few milliseconds for your computer to load and isn't noticeable... that is until it has to be done with hundreds of files for all the cars & track textures, 60-100 times per second, and while keeping track of where the other cars are at any given time.

FPS can be affected by a number of things but the biggest is definitely how well a computer is able to process the environment and changes within it. Not everyone has a good computer though and for them, it does certainly help when there are less objects and textures for the gpu / cpu to process. My tips are for those which like myself don't have gaming rigs... mine for example is just an old workstation for numbercrunching which I modified a little bit. Works perfectly fine for me.

Now if only I could figure out which DDS files are for the rims to make them look as good as the XRR's does.

I really hate the fences around the track the way they are now.
If you run in the right direction it's all good and dandy, but in reverse configs if you end up touching grass and eventually head towards the railing your race is effectively over, as you soon enough end up with it trying to split your car in two.

I can fix it with autocross objects but OOTB It's seriously annoying...
Eclipsed

You can only "skin" rims of all 3 XR cars and FBM,the downside - as all dds modifications,they are just client side.
McGherkin

previously I showed my system and printscreens where my fps drops (all I was shown around drift). this week i made a races with XRG for fun and not faced screen so strong lags. I think the FPS drop also is related to the number of calls per objects and in drift camera movements are 90% higher, which provides large calls for objects and faster due to speed of movement.

the difference is significant with the same FPS
Last edited by Abone, Sat, 2 May 2015 21:47. Reason : bad english
Sp!tfire

Great update.
My fps often drops from 200 fps to 20-30 fps on the new westhill. But I guess this is something that can be fixed in the future. It seems to be an occlusion culling hit. Are the tracks split up in lots of smaller meshes?

I read something about using paths to hide objects a while ago. This shouldn't be necessary.

Thanks for the update.
pmw

Just take a look and you'll understand. It seems that I'm not the only one whos replay of that race is broken.

Does anyone else have a problem like this? Or is this already reported?

EDIT:
Forget this. If someone else is wondering the same thing..remember something; it might be that you raced in the OLD Westhill, not in the new one.

Although my comment is bit late,
But i like the new westhill very much too. Much more realistic track layout and very challenging to get it right. I am really looking forward to the tyre-physics update to complement the realistic track.
bishtop

20 cars only drops my fps from 240 to 200 with 20 cars on westhill,never experienced any really obvious fps as of yet

Believe it or not, but Fern Bay is actually pretty realistic. I've been to Jamaica and seen a race track there.
It kinda looked like a miniature version of Fern Green. It was at the base of a hill. On top of that hill was a mansion that belonged to Lennox(sp?) Lewis, a former boxer.
sermilan

Is there any chance to get the Westhill logo visible around the track? The one found in WSTinfo.dds is way too small to use for any graphical purposes,couldn't find any other dds file (beside bin,which is also too small) with this logo.
vitaly_m

Its was easy to recreate
Schabram 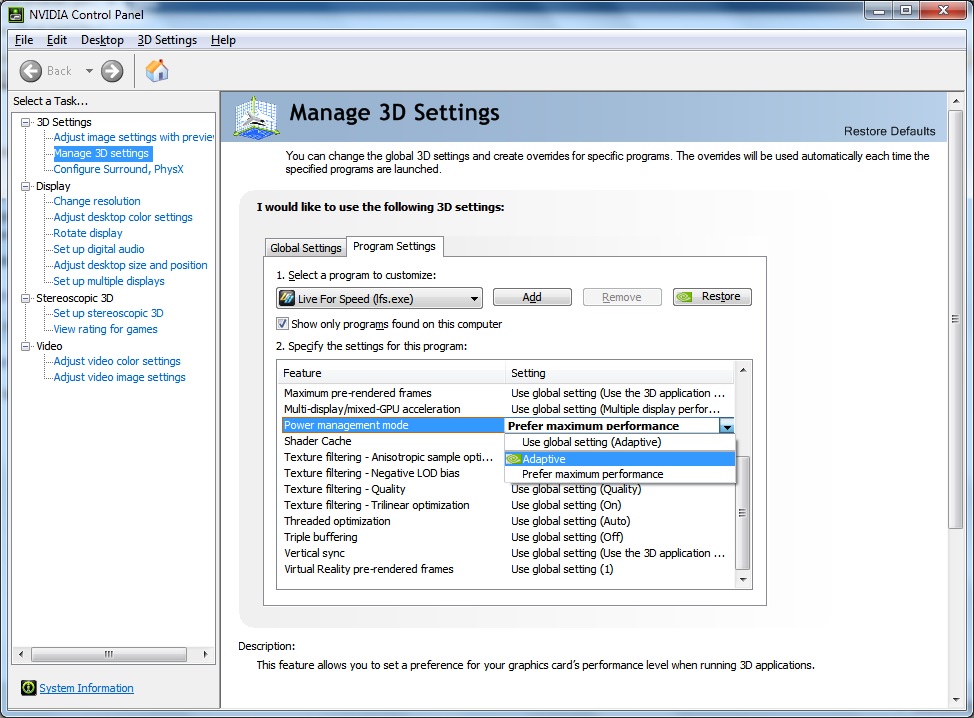 Have you made sure that you are driving in Westhill X?
Eclipsed

Thanks,allthough font is slightly different,but looks legit. Technically I would be able to recreate it myself,I was just hoping that devs could share the original,would be nice if they would do that for all tracks - I already have decent Blackwood and Kyoto logo rips,but seems there are no SO,FE and AS logos at all,would be still nice.