Wow looks like it will be a nice upgrade tyre physics wise, looking forward to seeing how tyre derogation plays out over race distances

I'm certain tyre flex has been modeled from very early on it just hasn't been represented graphically - I'm sure your just trolling though :P.

Latest release talks about "- The tire model has an improved solver to find the amount of tread yaw under dynamic conditions (i.e. non-equilibrium). This has significantly improved transient behavior and tire response to changing loads."
which has the potential to change the feel a lot.

So if tread yaw is being modeled tyre flex would be pretty simple in comparison..
CodeLyoko1

If you can prove me they do simulate it, please prove me wrong. But every direction I ask and search, there it either says it doesn't simulate it or there is nothing about it that it does.
JackDaMaster

I quote Todd from a thread in iRacing forum post date 8/12/2011, Todd is well respected and considered well versed in the subject in question both here and there.


Another quote from Eric in this thread in which Todd also engaged in discussion at length "Goodyear NASCAR Tire InformationTechnical Inspection In"
http://members.iracing.com/jforum/posts/list/1856652.page


I think you can pretty easily ascertain that tyre flex is modeled in detail in iRacing and that is just from a 5 min search of forums so now doubt there is more on the subject.
CodeLyoko1

Fair enough. Does bring back the question to me why it feels like your tires are so solid, or as JR said "glass tires". Is it really all because of the FFB? Or is there something else?
Mustangman759

If the tires didnt flex what would be the point in airpressures?
CodeLyoko1

you can fake that reaction pretty easily (from their perspective)
Kristi

So instead of trying to mathematically solve things you have no sight on, how about getting to race or may even get a proper wheel to transmit the FFB from iRacing? The tires feel pretty neat finally and they aren't just lego blocks under your car that have some grip.
CodeLyoko1

I am not trying to solve things here. I'm just interested in how and why.

Is a DFGT really not good enough for iracing? I have no problems in any other simulator.

IF I have my GPU back before my iracing runs out, I'll give the new tire model a shot. Didn't have the chance yet. Otherwise I have other ways to test it :P
Hyperactive

How do you define good enough? Countless championships in sim racing have been won with far inferior wheels than dfgt. For sim racing if you want sheer speed basically every wheel you can buy nowadays is good enough. But for realism you probably "need" a servomotor wheel like simsteering or accuforce wheels.
CodeLyoko1

with good enough, I mean a steering wheel where I can feel the car enough, that the tires don't feel a solid piece of concrete.
Töki (HUN)

DFGT is fine. I've never had a problem with feeling the car in iRacing with it. The only bad thing about a DFGT is the pedals, the wheel itself is good. In iRacing you need a better feel on the brake pedal and can't just go 100% brake like you can in some other sims, that's the only reason I can think of you might struggle with a DFGT but I personally never had a problem
Kristi

Exactly a point I mentioned in the General Discussion topic and how load-cell pedals act in LFS compared to other sims. Basically, you might say having a loadcell pedal in iRacing if you compete in a non-ABS car is heaven and hell.

I never had a DFGT, but I had a G25. It was enough to feel the car nicely around the track, and gave pretty nice inputs from the tires to not feel like I'm driving a LEGO car. I thought that was perfect. Then I got a CSW and it's not only a single step forward in FFB feel. But that's to be said in rF2, AC and basically anywhere except for LFS, which is weird.
Töki (HUN)

... and I'm just sitting here with a bloody old momo with a loose worn axis, getting NO feeling through the wheel at all. Not to talk about the crap pedals that have almost no resistance and the throttle axis is cut at least 50%.

I know the feeling about the loose axis. You turn into a corner and then go to unturn and the car keeps turning by itself lol. Without FFB it's a bit better, but not much. Glad I got rid of that wheel

Thanks Toki (for the promo code), i guess i just came back to iR.
And i just bought a cockpit for my G27, things gonna get fun...
CardsetCrazy

Stupid question.. If my sub ends in 26. day, can I just buy 3 months with that code? Or do I have to be inactive for longer time?
Töki (HUN)

My sub expired on the 12th, so I think you'll be fine.
CrAZySkyPimp

crap I registered right before that :\
PMD9409 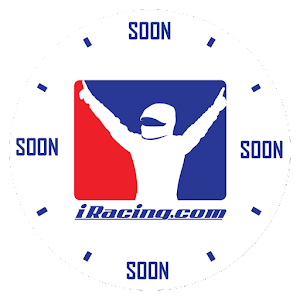