So, the other thread got closed because stuff happened. No reason to continue talking about it.

Here's the link to the old thread if anyone is looking for it: https://www.lfsforum.net/showthread.php?t=18750&page=113. Sometimes I like to see how people reacted to old episodes so that's a good place to read up on that.

Upcoming episodes seem like fun from what I've seen in the teaser. I can't wait for the crazy stuff (do I recall something with trucks?).

When does it air?
CodeLyoko1

As expected. Didn't actually see any of the car. Just a bunch of shaky cam and dash cam and heli shots.
Boris Lozac

They trashed the black version, and kept the white one warm and clean in the studio.. coincidence?
Rappa Z

Good episode all around. Was pleasantly surprised to see Clarkson address the issues with the P1 instead of giving us the usual 'It's British and therefore it's fantastic' plug.

Still can't wrap my head around the P1's looks though. IMO it's styled like cars of the late 90's and early 00's. Everything is sort of warped and bubbly. I don't imagine it will age well.
ACCAkut

The Alfa/quadjetskibikespinecrusher part was cool, liked the Bond music theme they maintained through it.

The British Army segment ... unsure what to think about it. Lots of info on the machinery, bit of comedy, but for military stuff it was too positive. Not once did they voice even a little criticism on the whole operation, but maybe thats just me.

P1 was cool because I expected a pure track test, and certainly not one of foreign terrain.
The Very End

Great episode, and my god what a car! The P1 is insane, and looks insane too! I'm looking forward to Stig testing it out :]
Boris Lozac

Were all those statements true, you don't ever have to plug your car and charge it, the petrol engine charges it? If that's the case, then yeah, pretty awesome technology but at the same time pretty much useless, just adds unnecessary weight to the car.. Or i'm missing the bigger picture.
Rappa Z

Clarkson didn't mention this, but there's a button on the steering wheel that is used to turn on the electric motor when running the engine, giving you an instant boost in power. So, if I understand this correctly, most of the time you will run around with the 727 BHP of the engine and then a few short seconds of 903 BHP when you push the button. Or you could solely use the motor to go to the shops and back. Because, you know, you shop in a Mclaren P1.

Hence why, if I had a choice, I think I'd take a Hyuara.

He also said that the electric motor kicks in to avoid turbo lag. It also helps when you change gears, etc. Pretty impressive.
Mustafur

Theres something awfully german feeling about Mclarens supercars(they seem to be made properly).

Its a good thing though because they don't have that half done british look to them.that you get compared to other british cars of the past.
Matrixi

I would prefer that Alfa 4C over the P1.
fwanky

I'm sure that the highly qualified bofins at Mclaren are far more experienced and aware of what they are doing than some Serbian keyboard warrior who sits and moans about everything.
Mustangman759

Lol bbc america started to air ony 1 week behind now and that first episode had me dying from laughter!
Boris Lozac

Yes.
There used to be a time when Top Gear was an informative programme on the telly for car nerds....now it is just entertainment for the masses....car nerds still persevere but end up with the same feeling...

If I had any say in it then I would suggest getting an ex-racing driver to do the reviews on cars like the P1.....oh wait a mo.... 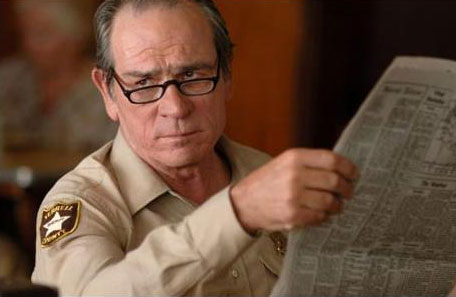 Well there are lots of good (and free) other shows and sources, Fifth Gear and /DRIVE to name two.
Pretty sure Top Gear doesn't even try to compete with them. It found its role as entertainment involving cars

Agree with above. Lately, or over the last years people have constantly moaned about TG beeing too little serious and giving too little usefull information. Every upgoing person should understand that TG is a program intented to be funny, and by chance have topics that revolts around cars one way or another.

I love cars, but sometimes I just want something funny and interesting to watch, TG delivers. And what it does, beeing funny that is, it does pretty darn good in my eyes

yes yes, everyone knows that. We know it's a scripted entertainment program. But that doesn't mean the car reviews should be boring and uninspiring.
1
235710131619212223