That concrete wall is meant as a figure of speech. To prove my point is that 'fear', or as many like to call it; 'having bigger balls than another' should be playing a bigger role in today's F1 than it does now.

At the moment when 'business' as you stated, kills those important aspects of a certain sport, and in F1's case it changes the whole circus.. the sport will eventually be ruined. So I think we are pretty close to the situation of what is going on in today's F1. Although imo this is one small aspect of the 100's causing TV rates to drop that much.


True, older tracks ofter provide more spectacle. But what trend do we see going on? At least one going in the wrong direction. Say goodbye to Monza temple of speed. I believe 'business' plays a big role here as well

. although I think the fight was mainly caused this time by Alonso's fighting spirit, when Vettel came by, he was gone immediately. Cars and regulations are a big cause of the lack of fights these days imo.

When I would come to power, I'd say a fairly qiuck farewell to all Thilke tracks and 'Hi again' to Imola, nordschleife and all the others we have to miss today.
Last edited by danielroelofs, Sun, 6 Jul 2014 23:58.
Hyperactive

When driving in sim I like the new silverstone better than the one before the new corners. I'm only really missing the old bridge and those blind double left handers but other than that I really like the new track. Only thing I don't really like is the new slow corners (turns 3 and 4 I think) but they are not that bad. I really don't miss the chicane before the bridge or the corner before that though.

Putting grass there next to the track sounds to me like the simplest solution. It prevents cutting the inside in turn 14 so it should work just fine in exit of 15 as well. Same with 9.
Track map
http://corseclienti.ferrari.co ... /silverstone_circuit1.png
ChristijaNL

I gues the problem with grass/dirt is the danger the driver loses the rear and spins backs into the track where he can be collected by other cars. But yea the current situation is not ideal, drivers should get punished for mistakes without making it dangerous. Hopefully they can find a better solution in the future.

I sure hope Bernie is not serious about dropping Monza, just his usual pressure to let the organisers spend some money perhaps?

I loved the BBC pre show with Lewis and DC going back to Lewis's old karting track where it all started. Nice to see his interaction with the kids too.
CrAZySkyPimp

Shame we didn't get to see the Mercedes pair battle to the end, but I suppose Lewis was due some luck in the reliability stakes.

And great to see Williams doing well and Vale on the podium, pity that Massa got caught unsighted in Råiiikernøńnëñńeńen's accident though.
DeadWolfBones

Kimi's Crash, If anyone missed it.

Why sometimes they don't show us the onboard footage?
wildstyle

Probably because they didn't know what state Kimi was in immediately after the crash, so to avoid showing anything macabre (in case of a brutal/fatal accident) it's probably for the best.
englishlord

It was quite a spinny affair so I doubt there would be much but a blur.

It's also possible his car wasn't carrying any onboard cameras (I don't know whether it was, I'm just giving a possible reason).
CodeLyoko1

they must have onboard camera's by fia regulations
amp88

No - they must have either onboard cameras or camera housings by the regulations. Not all cars are equipped with operational cameras.

Surprised nobody has pointed out that it appeared to be the exact same that happened to him in Austria qual..
Storm_Cloud 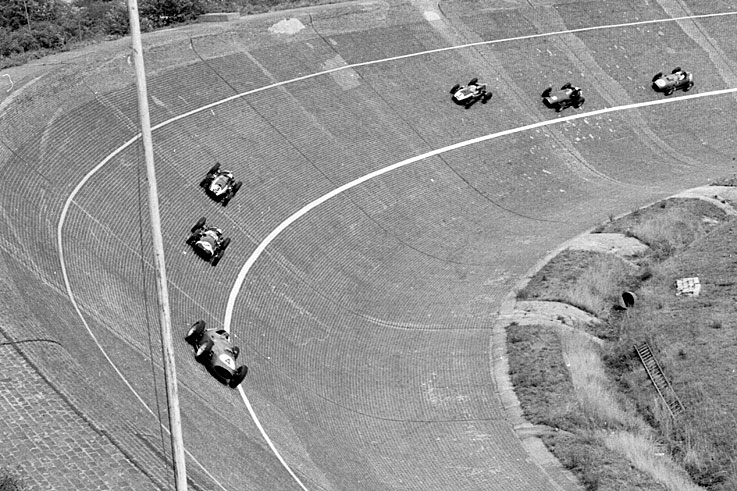 Hamilton will have a lot of ground to make up tomorrow.

Lewis is apparently going to start from the pitlane. He usually runs Carbone Industries brakes, but switched to Brembo today. Since they failed he is now switching back.
danielroelofs

Nice to see the effects of driving without FRIC. Seems drivers have to work harder again.

Fronts seemed very unstable, rear seems to react a tiny bit later to steering input again and clearly look less connected. This was a good step to take it off.. less digital driving! Now get rid of all electronics and wings and drivers can actually make mistakes again ..

Watching the mercedes car.. it seemed losing FRIC resulted in a less balanced car... though still the fastest by quite a margin.. :/