this is a LFS FORUM!!! DONT SPEAK ABOUT OTHER GAMES !!

But when LFS is still in the alpha stage... does that make this a community of software-pedophiles?

Life of software goes faster than human beings. For example Win95, only 15 years, but it's prehistoric!
LFS is something like 7 years old, so executing it may look like boning 70 yo grandpa

BUT, since eletricity goes very very fast inside our PCs the time goes veryy sloooow (relation of speed of light and elapsed time) for our lovely sim (LFS).
That means this application is approximately 23 yo brunette.
Last edited by pasibrzuch, Mon, 13 Dec 2010 14:27.
SparkyDave

nice similie however I prefere blonds

This thread has gone so far off topic and has been hanging around sooo long....

.. Maybe Santa will bring some public test patch, who knows

Ill point u here: http://www.bbc.co.uk/news/technology-11900389 to take your mind off things a bit
Chupacabras84 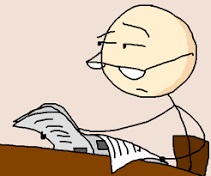 No no, the female analogy always automatically transfers over to the car analogy. So we're looking at the reliable station wagon here people.

All this talk of dreams?

I had a dream I was giving Henry VIII a lift in my car and he was spazzing out because I was doing 60mph and he thought his body would explode over 20mph. I then dreamt about the restraunt sketch at the end of the Python film "Meaning of Life", which brought me back to Henry VIII's cronic IBS.

The moral of the story: Sometimes it's better not to psycho analyse your dreams...


I believe he was referring to Einstein's relativity theory where things moving at high speed experience time more slowly, thus making LFS a 23 year old brunette despite only being 7 years old*.

* I reserve the right to be completely incorrect. It's not as if the original post made a lot of sense.
xtraction

You are sooo right my friend

My mistake to open a door for poor offtopic threads.
Better dont give an answer to anybody how wants left LFS.

, they find back after some weeks or mounth :haha:
Xenix74

Oh guy you are so wise after 1061 labs on Lfs. Lets look how long you will drive another Sim before you bored of them.
Chupacabras84

>Implying i drive online only and not prefer driving offline improving my times and avoiding riffraffs at the same time.

GT2, 4 for a couple of years GT5 hopefully longer.
GTL and rFactor, WRC championship on my bellowed PS2 (that was a really good rally sim), DIRT very enjoyable if you ask me and LFS its kinda meh after a few weeks i mean car rolls fine and all but I already seen everything game has to offer and get bored by bad visual design of the tracks and small number of the same tracks

I mean look at you 23563 laps for 5 years on the same damn 7 tracks in different configurations (Probably more laps since there is offline option, how can you stay sane after looking on the same scenery every lap for 5 years

), look its not my fault i have bigger demands than you i guess some people can get satisfied with literally anything

guess u just didnt have the experience becouse personaly i dont have time to ''look'' at the scenery being bussy racing. and its racing im intrested in not blingy crap
a-k-m

the coolest things they could improve would be:

even to play the actual S2 version in the named tracks would be awesome..

No one has had any success in that yet. Someone has managed to alter the tracks a little by .exe / hex editing, but it's a highly unstable and not adviced to do so. Seen someone that have managed to change the surfaces of the current tracks, and even made elevation changes to them.

In a wished future the developers had released their work tools and methods to create track to LFS, but tbh I doubt that ever will come.
Last edited by The Very End, Tue, 14 Dec 2010 22:06.
Xenix74

sry but if you think you can compare GT with LFS its your misstake,
on GT works more as 100 people(5 years), Simbim has 60 People and more in Work for his projekts, & Image Space are 12 people with thousend of private People they release every day her stuff (85% are trash in meaning of Simulation), and WRC on ps2 mmmhm its good game but nothing to do with a Sim (try RBR on PC).
You dont understand LFS sry.

I know you didnt do it but try one car on one Track for a month and you will see every corner is totaly different as you aspectet as the beginning.
LFS is learning, learning, learning all other sim (rfaktor & GTL mostly) is only Driving around.

( and my KM are 10 time higher because i drive on lan (offline) here with 4 friends in the same house -everyday- . Because we all have G25 and like to compare it in real condition with same Calibration(clutch h-shifter-720 degree))

No its your mistake assuming i cant.

I am only a customer an end user i dont care about number of people doing games, their budget, time they had etc all I care is final product, nothing else matters for me.

Sim an overused word, lets look at it, Simulator nomen omen simulates something, so what does LFS simulate?
A flexible tyre, work of suspension it doesnt really simulate anything that exist in real life because it simulates components of a car but not a particular car, yes cars in LFS are based on existed cars but even so cars in LFS doesnt act as a real live cars.
An aliens is a good example no real car could drive with those setups not to mention wining races.
And in LFS those unrealistic settings give you the best result so even if LFS simulates something you can clearly see it not really realistic, i can take rollcage and say its a sim because its simulates something that is no existent.
Cars in LFS are like an object with suspension, engine, tyres, cage, frame, etc and its behaves more or less like such an object would but its not really an existent car, neither its behave like real car with the same characteristics should.


It is you who think you understand LFS but you dont.

Oh luk at me I am so hardkorez racer i could play LFS in excel...
Saying stuff like you dont have time to look at scenery its an overused excuse and even kid can see how retarded that is.
Unless you really want to say that while driving you see only asphalt.

Did it ever flew trough you scull that there are people who are more observant than you are, who pay more attention to details, who are more demanding and there is no reason why your preferences in games are better than mine, or why should LFS be developed to suit your taste and not mine.
You are not the bellybutton of the universe get used to it.
Last edited by Chupacabras84, Wed, 15 Dec 2010 02:13.
DIE PEST

Is this a hint?
http://www.vehicle-analyser.com/pics/anal_dec.png

What the heck is that? Why would Scawen ever let an image like that be leaked?? I want to get excited but it's probably a hoax.
Senninha25

at least it's another good matter to discuss instead of talking about being pedos, or fetishists or anything remotely ****ed up...
BOSCHO

hmmm the program is in his lfs project 3 folder....