If you have a request for LFSLapper improvement put here yours ideas.

Please when you put a request, tell me why you want this. It's more easy to me to find a way to solve the request.

ok, i am the first one

there are few (imo) basic things, which lapper does not have atm, and i miss them:

- actions for racers removing or swapping position of other racers on entry screen ... like ctra/airio

- racer cautions system (1 more column in database?) - penalty points, some maight be automatic (with d/t/30/45 penalties, collisions under blue flags, used shortcuts, reversed driving, kick count...etc.), some given by admins/mods
+ actions - eg. when someone reaches 100 penalty points > ban 10 days or so... or used for local racer's rating ... inspired by iracing

this is all atm,

Already exist. Group of User. Infinite number of Group. Take a look on onMessage event to view simple use.


Can you explain more. I don't know how work airio. No time to install it

Thank's for your idea. i put this ideas on todo list

Hi,
A small request.
Its now posible to move users in a group with MoveUserToGroup() and remove a user from a group with RemoveUserFromGroup().
But i also like a new GLScript function that remove all users from a group. Something like RemoveAllUsersFromGroup() or EmptyGroup().


Cool Thanks this will be great.
Is it then also posible to leave a place on the grid open?
Example: 1st place a player, 2nd place empty ,3rd to last place the rest of the players.
Thanks in advance
Andy King


this is future request


oh, i meant combinations of different user groups with one command. i am sorry if thats works already - i am not familiar with newest lapper

hehe, this is oportunity for "newcommers" to join there

I was trying to create something to start a race with a rolling start.
The idea was that the safety car is on pole and driven by a admin. second place is empty, and 3rd to the last is everyone who is racing is order of the qual. I dont know if this is posible but it sounds great

.
I did a race on iracing on a oval with a rolling start and it was really great

i think its possible if insim app can watch this empty space and spectates everyone who tries to join or if momentary reduces /carsmax variable.

hallo,
i found good reference and source of inspiration...
app cals lfs2day (same as server where is running) developed by misha_nl...
in local/lfsw statisctics and administration backend honesly not comparable with anything i ever saw.
check screenshots, especially nr. 6 - connected players list with management. 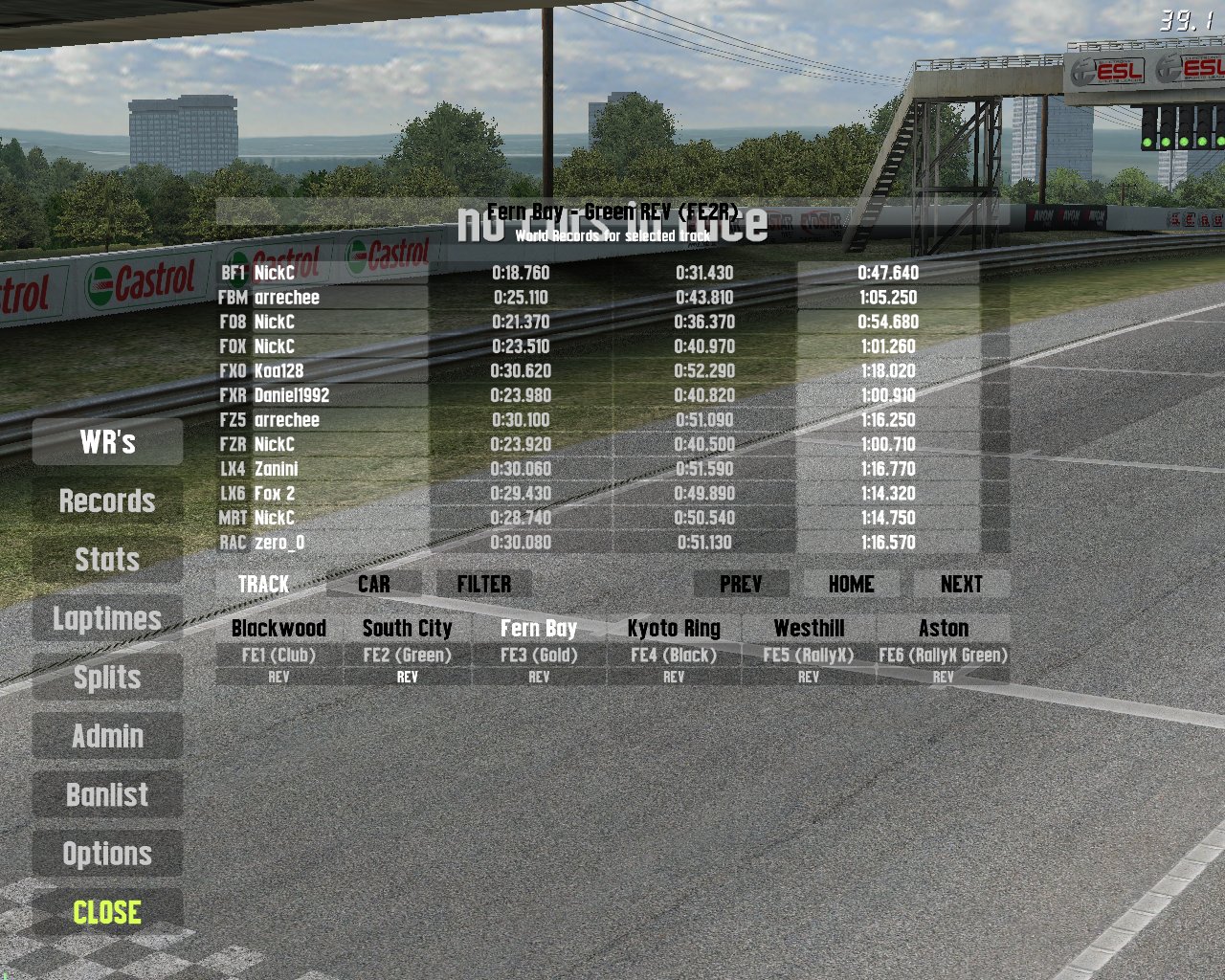 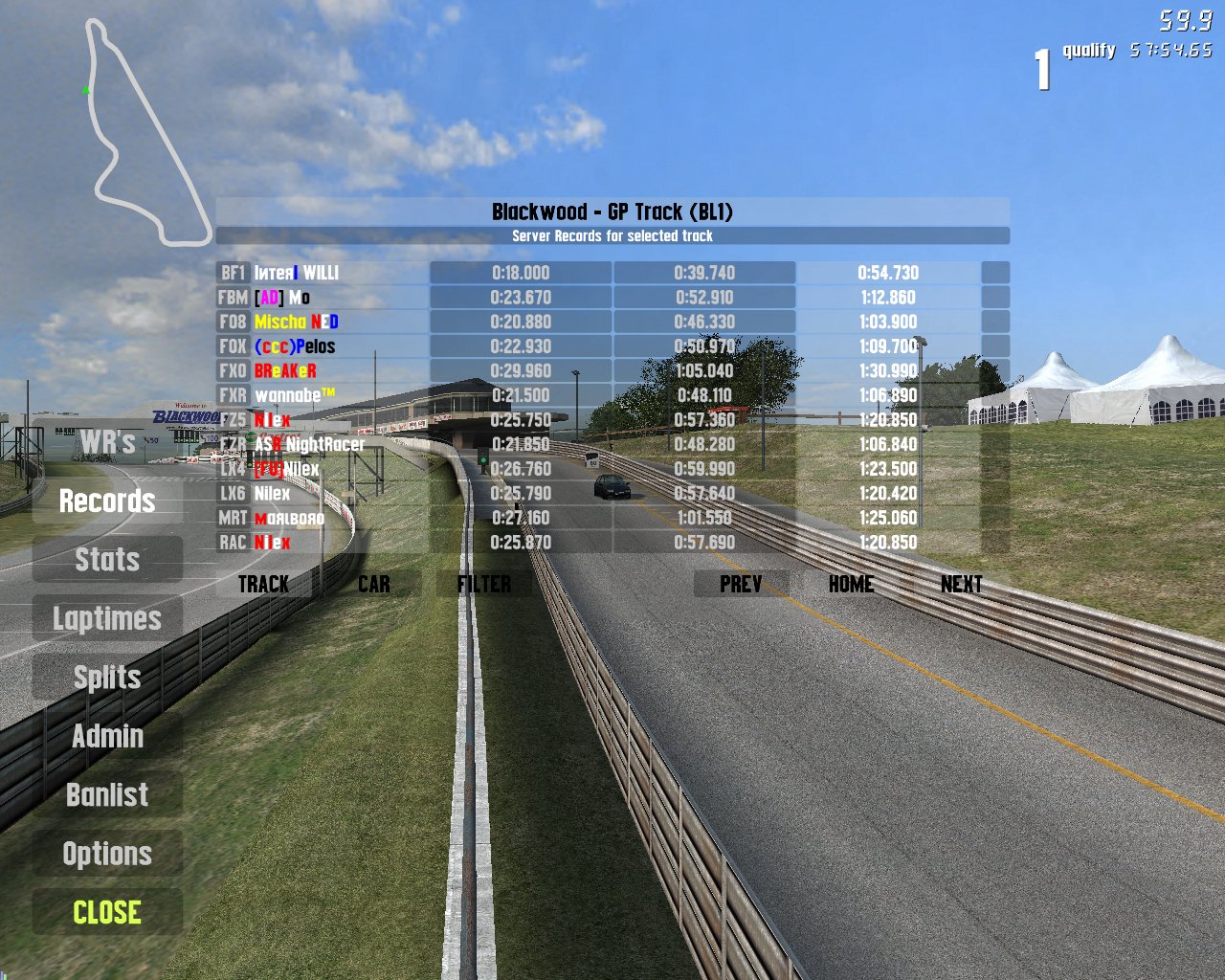 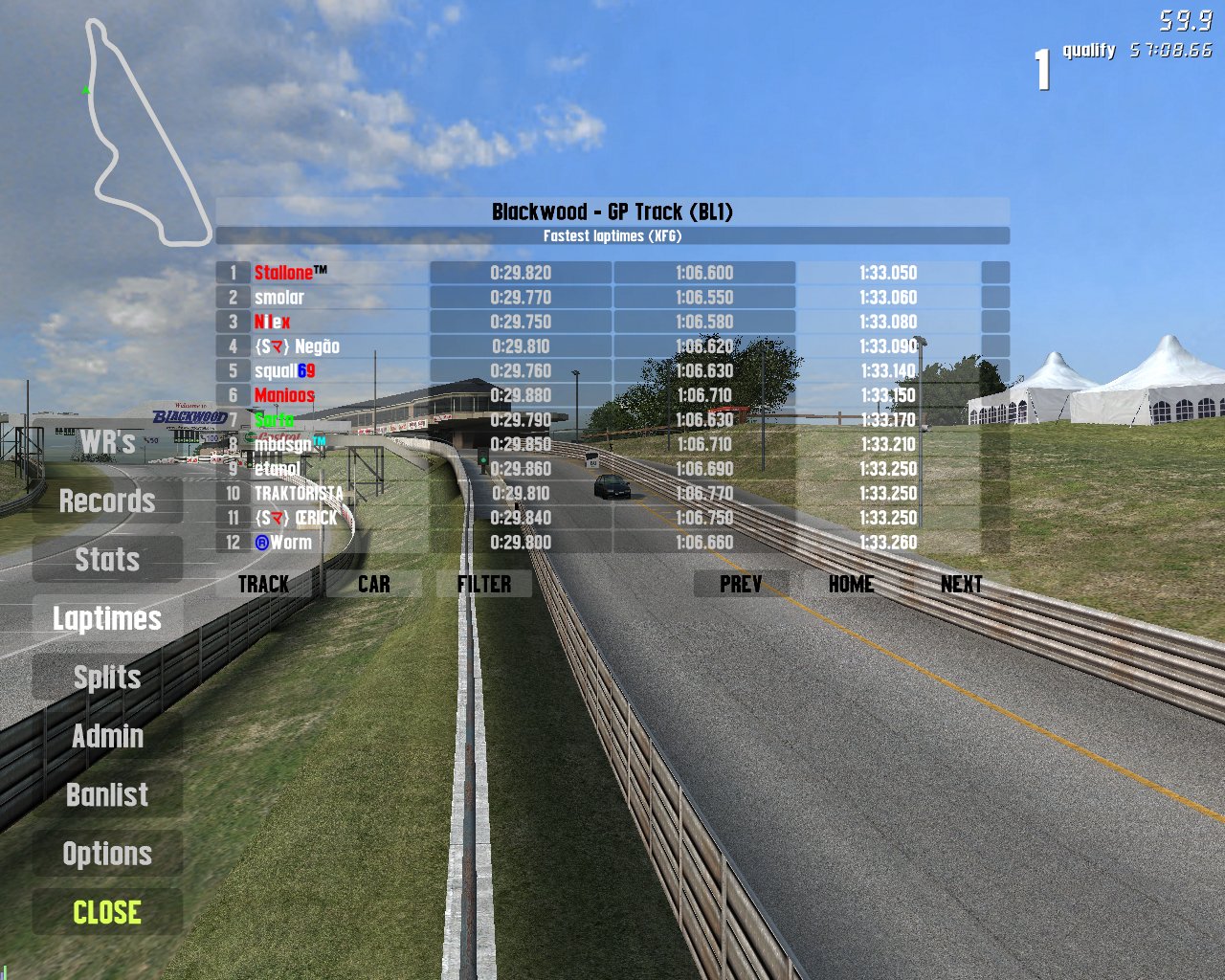 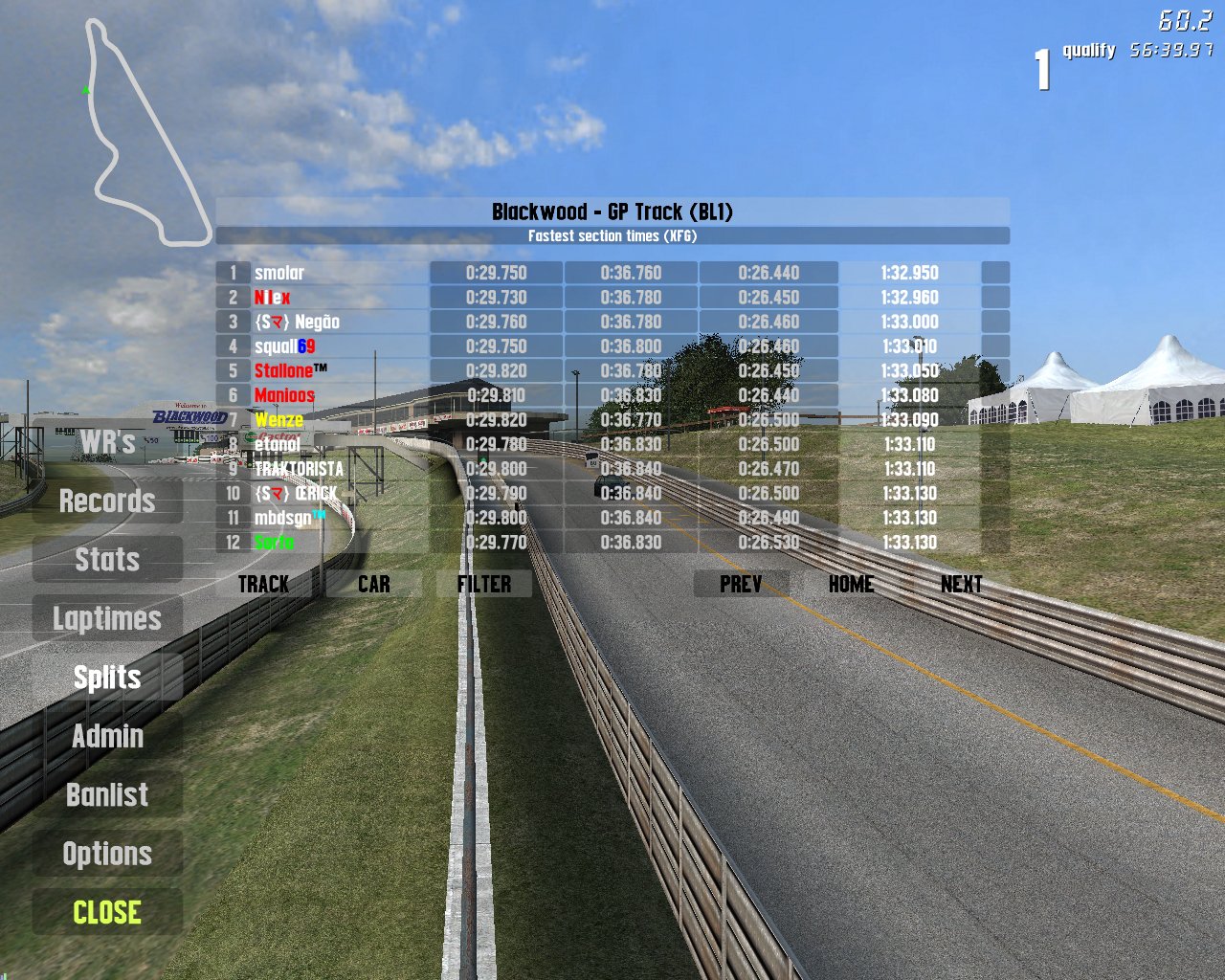 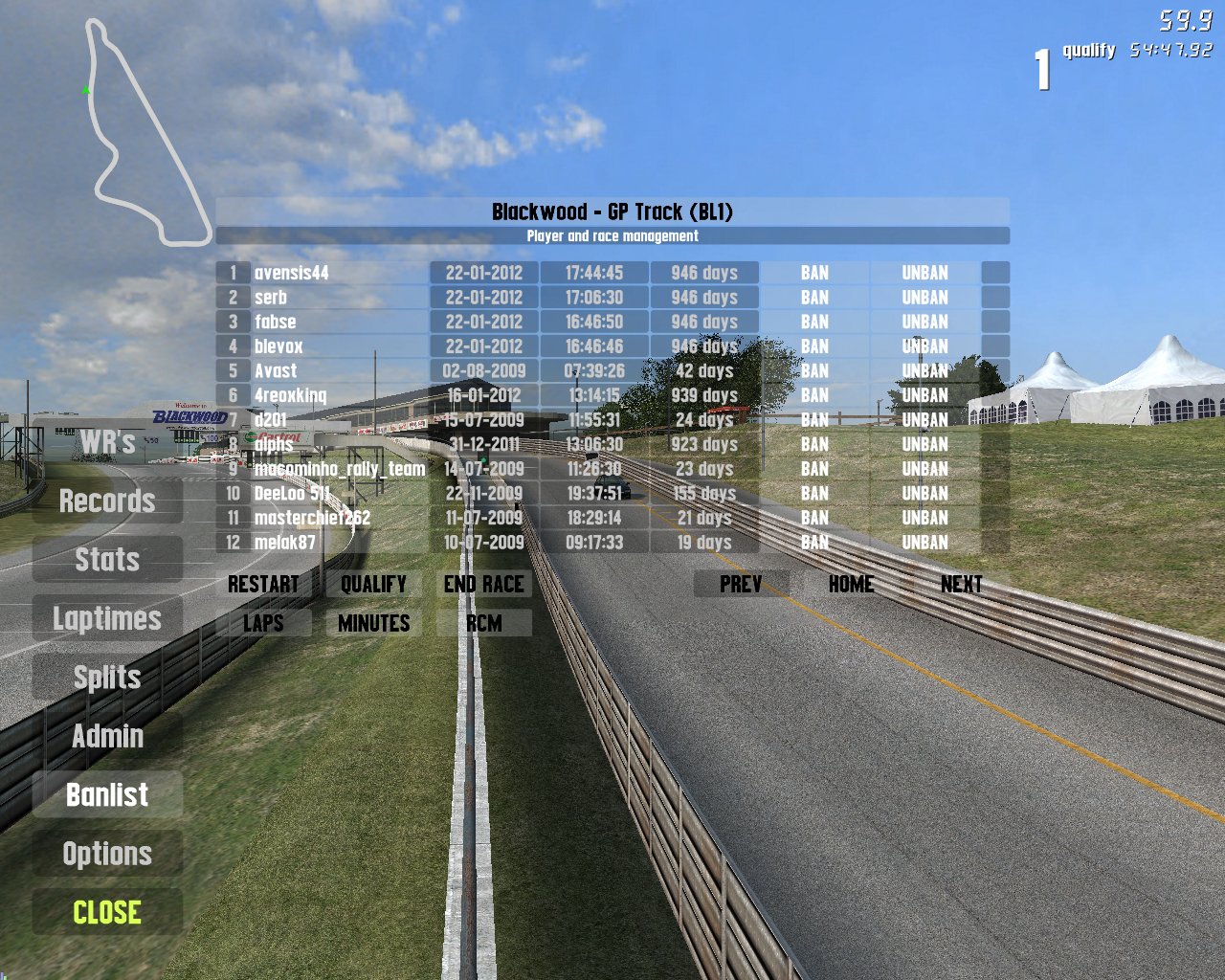 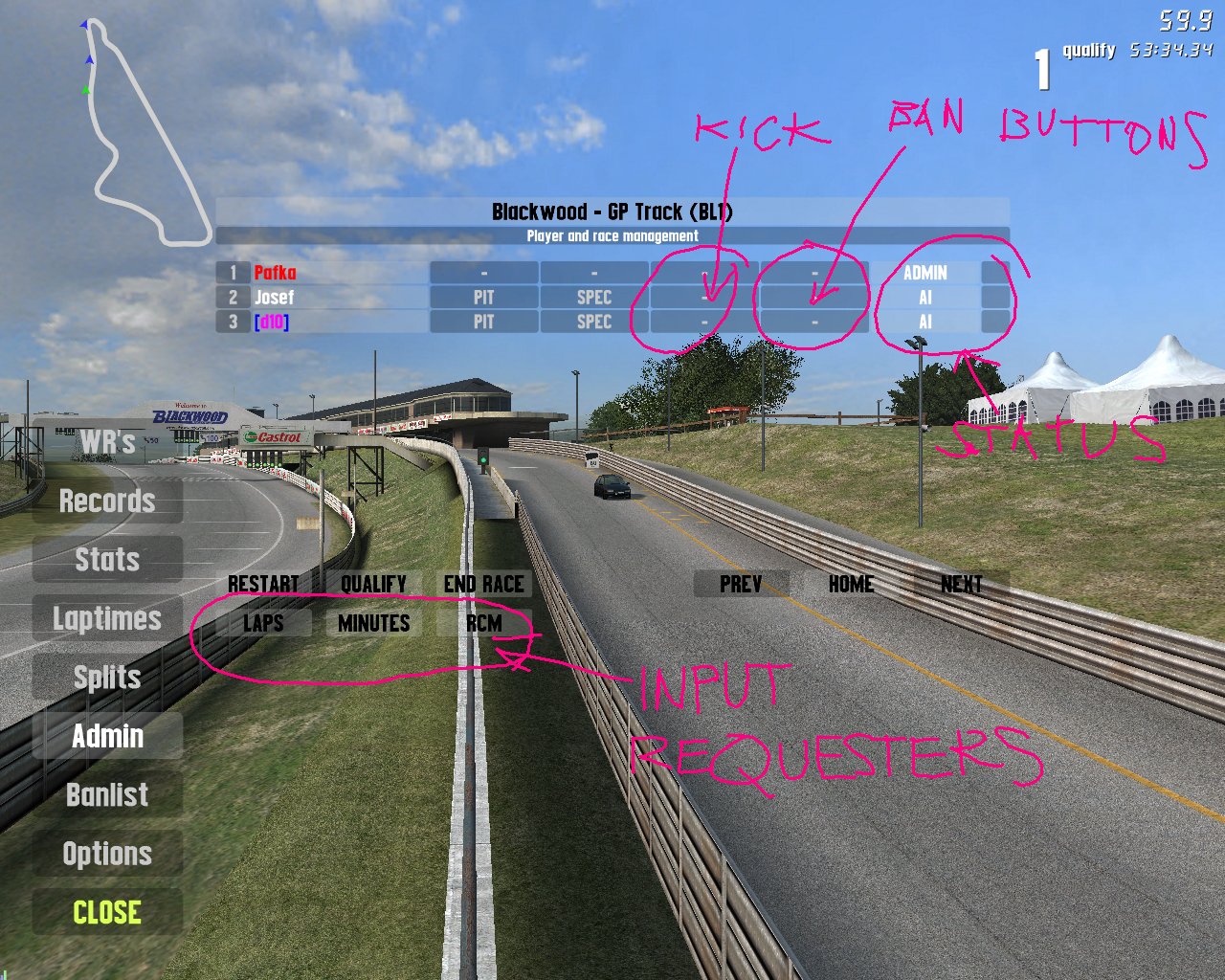 I have a small request.
When the Lapper-console give and error, the number of the line with the error is shown.
It would be very useful when the line itself is displayed to.
The reason behind this is that when you include scripts, the line number isn't matching the actual scripts since lines are added in between the existing code.
Gai-Luron

If yes, give me an exemple and how i can reproduce it to fix. Normally, i don't want display error in console, because use of LFSLapper on dedicated host without screen display. it's for this, i create errorlog file

Yes, I do use the latest release (5.843) so that shouldn't be a problem.
I made the language engine for the pitboard which is at the bottom of the Pitboard-script and made the following error:

As you see there's a ' at the end of the line.
Lapper told me there was an error in line 347 (if I remember well) and said it had to do with a ' in that line. But when I took a look at the main LPR-file, line 347 was a blanc line so that can't have any errors. Since the parts of the Pitboard are incorporated into the main LPR-script, the line numbers are increasing but you haven't got a clue how much and where exactly.
Gai-Luron

Ok, i take a look

when i receive your file already partially done

I would really like an option to force a starting grid from the !top list, where lapper looks at the !top list and compares it to the racers online at the moment. Then it sets the startinggrid accordingly, looking at the fastest laptime for every racer. If a racer has two laptimes in the list (combined race with different cars) then the fastest time will count.
Krayy

Here's an idea for an improvement and also a request for the best way to do it in our install:

We have a mix of beginner and experienced racers and want to enable car reset, but for only a certain number of times per race, and when a racer does reset, to flag a penalty.

Now the most obvious way to do this is to write a handler in managePacket.cs for a CRS events and a hook in loop.cs then process it from there. I would most likely put an entry in the LFSLapper.lpr to set the type of penalty (stop/Go, Drive Through, 30 secs etc) and the number of resets allowed per race.

The question is whether this is the only way, or can it be done via a plugin so that we don't exclude ourselves from future releases?
Fire_optikz001

The problem is that AI have same username as you, and PB are stored relative to username and no nickname

oh ok i was just wondering

As people seem to be posting snippets from their LFSLapper.lpr files on these forums, do you think it might be a good idea to move the $PubStatIdk variable into the config.ini file for added security?

Then we don't have to worry about people posting .lpr files to public forums.
sinanju

At the moment, $LastDriftScore appears to give you a total number of points once a drift is completed.

Is it possible for the score to update and show every 1/1000th (or 1/100, or whatevers smallest time period is available to measure) instead?

The same for the $AngleVelocity variable?

What about just an $Angle variable (absolute angle/yaw?) to make your own scoring expression (e.g. $Angle * InstantSpeed * $Time = Score [although '$Time' would have to be new variable too - in 1/1000's?])?
Krayy