AB races are every Sunday for years, it's like church. When there are no events announced, it's not like there isn't one planned, the combo just hasn't been decided yet.

If you look on their site calendar, they have this logo:

for the 10 round S3 league dates and usually this logo

for a 6 round special themed cup. The latter generally gets decided at the last minute and it's probably that what happened in 2015.
Eclipsed

calender looking and use your knowledge about lfs scene

https://www.lfs.net/leagues/calendar
For example in last weeks there was there was RTFR and that spanish MRT Cup, both on same tuesdays. It worked to race both events but it is rare. Often it did not work out because events overlapped. Sometimes the overlap is just 30minutes or so, but that is enough to miss one..unnessecarily.

Or take for example the cityliga league on mondays, a time that seemed to suit people. Now bit ago the saison ended and between saisons cl always has a break. If during the break another league was running at same time, I would race there because it fits my rythm already anyway.
englishlord

Well, I'm not admin over there, their secondary cup is always open to suggestions, they are generally accepted. Personally, I've had multiple ideas for cups, I just post it on their site. They set it up, host it, admin it, do the scores. 15-20 people every week turn up to race. I just turn up, race and make comments about bananas.

The 6 round format of your league is almost identical to what happens in the AB cup also and the main thing I'd say AB lacks is keeping a decent presence on here, which you are good at. So my suggestion is maybe, in future, some dialogue rather than competing for the slot.
Eclipsed

You can enable PM receiving by clicking on your username on top bar,select settings and check the box beside "Allow people to send you messages on this website"
Last edited by Eclipsed, Sat, 7 Jan 2017 13:02.
Garfild12

Sorry for that, done
Bilcrossfoto

it is excellent that you have signed up huehue... we are all beaten now

This is what I think about this car now
Eclipsed 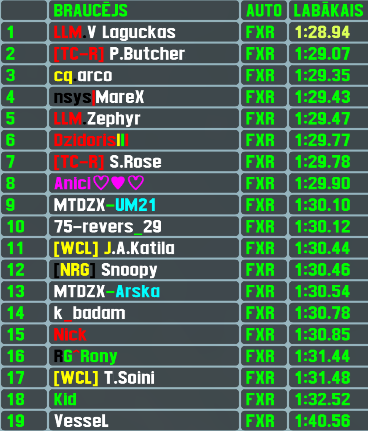 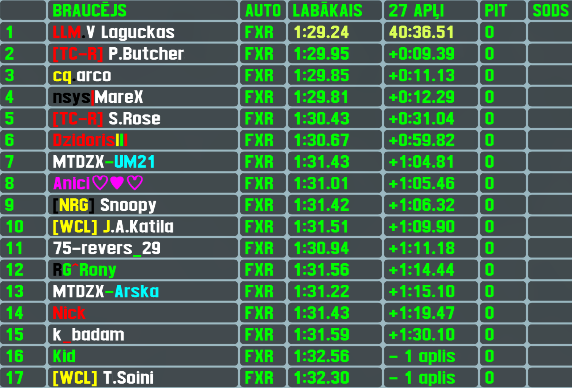 Why you would not join to race in Flat Out! server, when we have DX-Rally with class 7? =)
Kid222 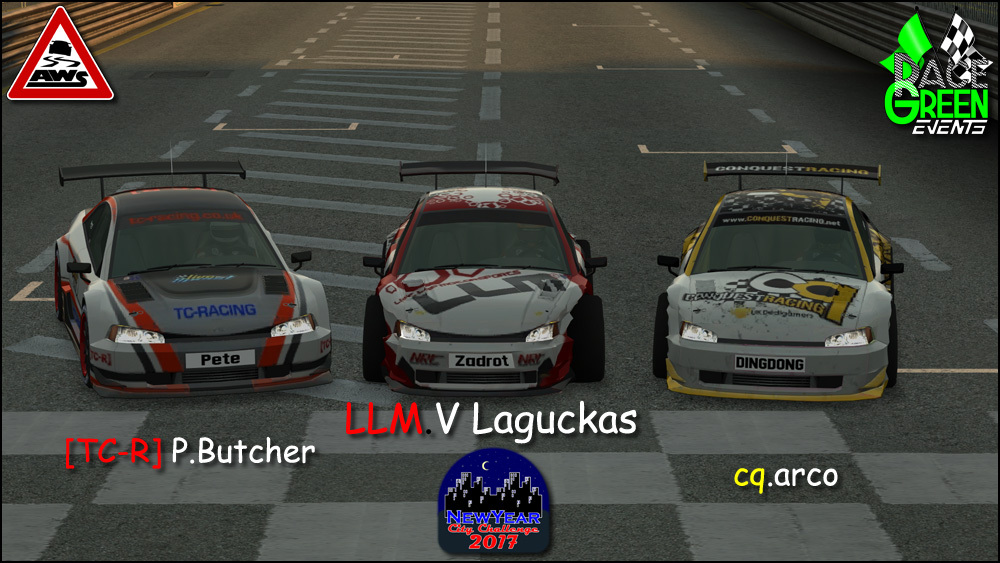 Round one of the 2017 AWS season turned out to be a domination of 2015 seasons 4th best driver V.Laguckas - he started his return to league with win of qualifying session,where he was the only one to beat 1:29 laptime,and then he led the whole race to take home also the win. Also the remaining podium finishers finished in same position they started the race - P.Butcher in 2nd and Arco in 3rd.

After 1st round of course all individual standings are exactly same as finishing order of the race,where only points gaps are worth to look at - V.Laguckas took all 15 possible points and has 4 points lead over P.Butcher,Arco is another 2 points behind. P.Butcher is the leader of Rookie of the Year table with 2 points. Another small award with different leader is in S2 Challenge - Revers has 1 point lead over 2 drivers,who never finished,so the competition is very wide open. 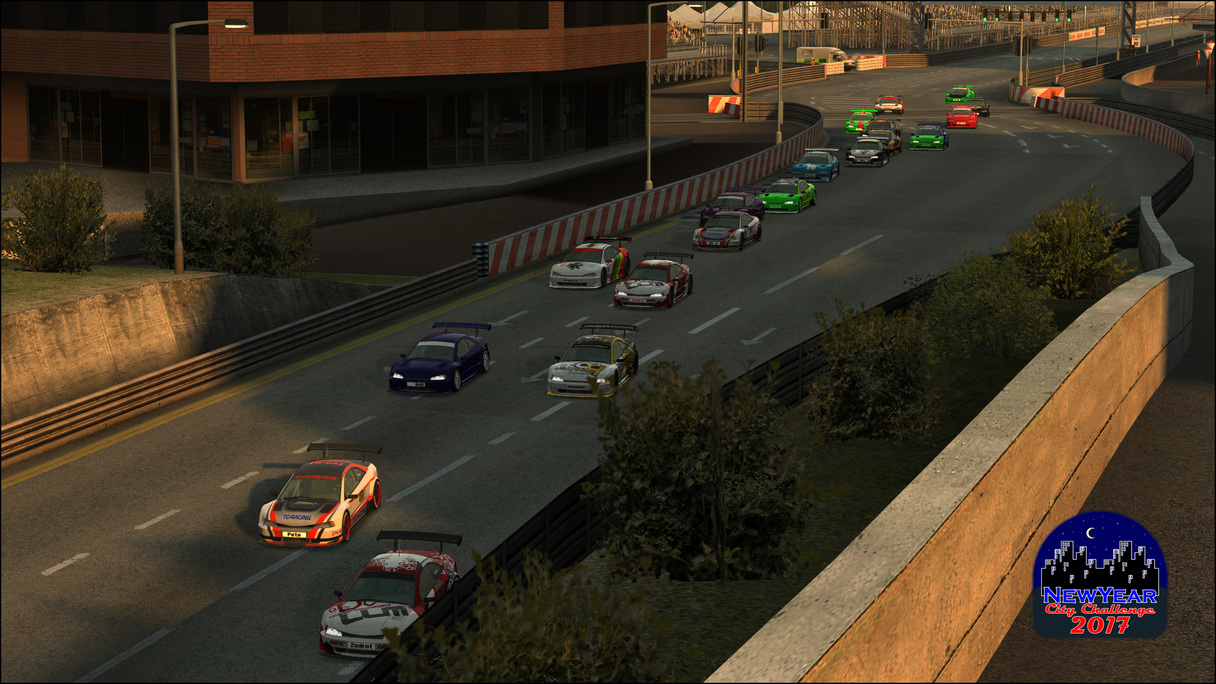 AWS 2017 season races are in 2 weeks tact,so everyone should know when is the next race. What to expect in 2 weeks? Something never seen in LFS league racing before - an RB4 race without tyre overheating! The all dirt track layed out in Westhill greens awaits as a great challenge - drivers now have 2 weeks time to figure out best aproach to this surface and tracks very variating turns.
1
2
345
This thread is closed