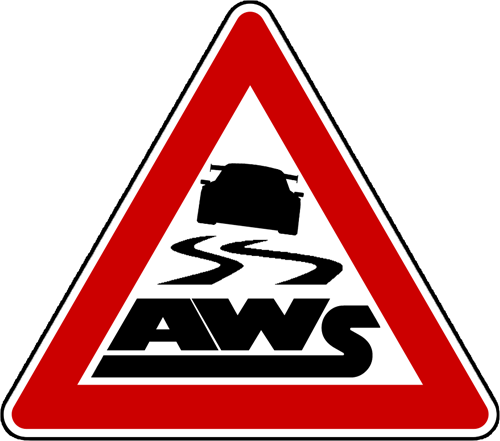 This will be another year with same rounds number - AWS 2017 will schedule 6 rounds,where half of them will be run with FXO GTR,other half with RB4 GT. But there is still a slight difference from all previous seasons - this will be the first season which will end with a round using RB4 GT! But unlike last year,which was the first year not to finish in oval track,this year we will return to this tradition,but only partially as the final round of 2017 will not be run in Kyoto oval,but in the Rockingham oval,introduced in LFS a year ago.

AWS has always been known for very variating racetracks,and this season will not be different - only 2 rounds have similar tracks (2 oval tracks),rest are mixed with very different conditions. NewYear City Challenge will receive it's usual car back - round 1 will be run again with FXR at urban streets track in South City. Round 2 will be run on completely new track,which is practically 100% dirt track (except the bridge) - this will be the first ever race with RB4 without tyre problems. Also round 4 will feature in AWS not experienced track type - public roads track around Westhill Racetrack,while round 5 will be a return of FXR Blackwood rallycross - last year's visit of Fern Bay was quite a fluke. What's missing? Yes - classic road course racing will not be found in AWS 2017 schedule,as it's well known that longer series tend to lose interest towards end of season,so we had to sacrifice something...

Again - best of the best will be rewarded with small money prizes for their efforts. But comparing to last season the prize pool has shrunk a little - only top 3 racers will receive money prizes and their amount has also been reduced. This is due last seasons pale attendance. But there is also a new prize - just like in this year's VERL series,the best S2 licenced participant will receive a free ticket to final round held at S3 environment,so he/she can finish the season with rest of the best!

Series will remain in same day and same time as last 3 years - sunday evenings at 19:00 UTC (20:00 CET / 21:00 EET) starting in 8th january and returning every 2nd sunday with final round stretching as deep into spring as never before - 19th march.

Special notes on qualifying:
* In rounds 3 and 6 hotlap qualifying will be used,this means there will be no specific lenght of qualification,every driver will run alone and have outlap and 2 hotlaps. Qualifying oreder will be determined by points standings - the highest ranked driver will start his qualifying run last,lowest - first. Race start will be approx. 10 minutes after qualifying.
* If there is no max allowed grid (40 cars),Drivers Championship top 10 drivers will be allowed to start from end of the grid if came late and missed qualification - noone else will be allowed to start without qualifying. In round 1 this top 10 will be taken from last season's final standings.


Prizes:
This year AWS Drivers Championship best 3 drivers will be awarded with money prizes:
1st place - 30€
2nd place - 15€
3rd place - 10€
* money prizes will be payed out only via SEPA bank transfer (available only in Europe) or via PayPal!

In order to award best S2 licenced driver of the series and give him/her chance to race also in final round,an LFS voucher code worth £12 will be awarded to S2 driver highest in series standings after 5th round. In order to receive this,the driver must have finished (thus completed required full 50% of race distance) in at least one round and may not be disqualified from any round!
* this prize will not be awarded in case when no S2 licence owners have completed required full 50% of race distance in any round!

Basic guidelines as a reminder:
> Blue flag - you may not deny/block a passing manouvre of laping car and try a repass right after it. In qualification it means - stay off racing line and don't disturb drivers on hotlap.
> Shortcuts - 2 wheels on track at all times. Track is mostly marked by white lines,rumble strips or at least defined by paved surface,while also curbs count towards track. Overtaking outside track (for example in Rockingham oval under white line) counts as illegal and will be penalized in case of protest.
> Pit exit - allthough there will be no mandatory pitstop in this league,pit exit lines will have to be respected! Everyone caught crossing pit exit lines with more than 2 wheels will receive 10 seconds penalty added to finish result. In rounds 3 and 6,which are held in oval tracks also pit entry must be respected - driver have to enter pits on apron before final turn.
> Chatting - it's not completely outruled,but still drivers are expected to concentrate on racing. In case of too much chatting while ignoring messages asking to cease chatting,a penalty may be given. In case of any abusive/offensive language a penalty will be given! Non competing observers may not use chat at all!
> Lags - if there are any connection issues,driver will be asked to improve (close internet using programs). If driver will be considered as dangerous due to unstable connection,he will not be allowed to participate.
> Button clutch - is forbidden! Manual clutch is allowed only in combination with H-Shifter. Everyone caught using it will be penalized for unsportsmanlike behaviour with increased penalty for every next offence.
> Hacks/cheats - if used,you will not race with us. Ever. As simple as that.


Signing up:
In order to compete in AWS 2017,you have to fill the registration form below,providing all needed information (in case of no team to represent,leave empty):


Miscellaneous info:
We will not use any numbers,skin requirements or official names in our league. But still feel free to use AWS logos on skins if you wish!
Sign-up tracking and all the standings can be found in AWS 2017 spreadsheet.
Signed-up drivers will receive server information and password at least 24h before round start (usually in saturday European time) via PM on this forum! Make sure you have enabled PM receiving! Server will be online without password until then.
Series will be run using the latest stable version of LFS (currently 0.6R).
All information above can be changed,if so,there will be posted a notification about it!

Server is now online (for server name,click-to-join and remote links see bottom of the main post).
Server is currently set to have access to all season tracks - select the environment and server will load right configuration automatically,except for Westhill - there you have to select WE3X to load round 4 track,otherwise server will load round 2 track automatically.
DJdarksilver 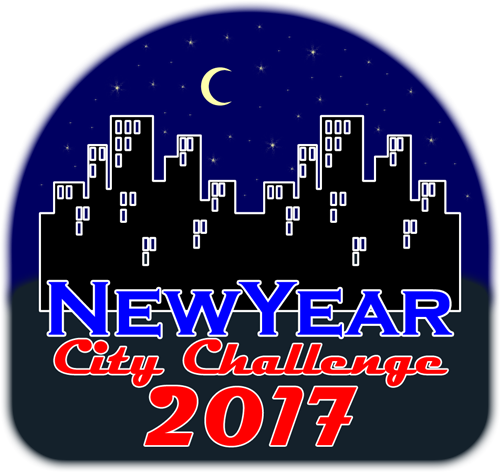 The new year has begun,but there is just one more almost traditional thing left - the NewYear City Challenge,which has been always 1st AWS round of the new year. Last year run with RB4,but in all other years with FXR - and the faster car returns to South City for this year as a season opener. With no previous champions signed up yet,it looks like a blank page of AWS history,where everyone can write his name. For that you need to endure over 100 kilometers race around streets of South City,keeping the car in tact and also own nerves. This is why it's called "challenge" - are you up for it?

Current signups list is not long,so there is plenty of place for everyone to place their bid for any of 7 individual awards,while also help his team/nation to reach the top position.

It's been a while since i tried some league. Time to get rekt.
Razor1373

It's the first time im trying some league. Time to be rekt.

btw. my in-game name is different, but im unable to put that special characters in my post. I'll use the one i've wrote here just during the race if that's ok.
Eclipsed

For the first timers it's always advisable to take it easy,make sure you're aware of surroundings and track situation and use this to gain experience,that will help in future.
About name - in case of special characters,use your normal name,I'll copy the name from lfsstats - if also there all not shown,I'll replace missing characters with similar ones or leave without.
Racon

Now it has come to this for the first time in RGE history (in RTFR I never cared,not that important) - as far as I understand,Scotland is part of UK. So either both of you must choose your part of UK or both sign up under UK flag,otherwise it's too confusing.
In terms of Nations Cup it might be wiser to unite to be more competitive.
Racon

Be careful on the political UK issue. I heard it is very flammable if treated well in certain methods.

( Just what came in my mind in first place )
mbutcher

I would race but you put this on at the same time as AB league races again.
johneysvk

Again the same issue - seems like other UK drivers prefered to separate them into Scotland and England,how about you?

Actually it's other way round. Last time I tried to avoid AB's schedule I ended up stretching a league more then a month longer then I wanted to by scheduling VERL 2015 rounds in sundays when no AB races were scheduled. At the end AB filled these "free" sundays too with other their events,thus - they never gave a crap about stuff going on here. Never bothered to avoid them since.
Otherwise it's impossible to find other time for league - way less people (including me) want to race on saturdays and there is no other free day then sunday. Making the races earlier also is not an option,already had complaints about that last time I organized something 2h earlier. So it's sunday or workday with even lower attendance. Hence my choise...