Well he clearly isn't the "worst" driver in f1 or else he wouldn't be on pole would he.

Im not a fan of him but he did a really good job today, and I expect him to get one or two podiums this season.
englishlord

His time is slowest than the slowest qualifying time in 2009 for that circuit. Just to put this year's formula 1 in context. I don't think "who has the least shit time with tyres" is a great yard stick for a driver's competency nor is a one off qualifying slot disproving of the statement.
amp88

HRT aren't really in formula 1 but nevertheless, he hasn't pulled the dick moves that Maldonado has.
CSF

I can think of one, Spa last year. What else has he really done since 2005?
NSX_FReeDoM

Is this Sam Michael's area of control? If it is, then McLaren needs to fire that freaking guy. Ever since he came to the team, the pit crew has been making so many silly mistakes. A whole five tenth quicker but can't afford that little bit more fuel?! WTF
englishlord

God you must think Hamilton's the biggest dick on the grid then!
BlueFlame


@CSF the difference is, the majority of Hamilton's incidents are open to interpretation but with Maldonado and those clips englishlord provided they are ALL his fault, you can't argue against it.
Last edited by BlueFlame, Sun, 13 May 2012 02:08.
DeadWolfBones

I look forward to watching BlueFlame's head explode in here if Maldonado has a good finish tomorrow.

It seems that Sam Michael told the stewards Lewis stopping was a case of force majeure because of this individual. I don't know whether complete exclusion from the results is the default penalty, but if the stewards could have just excluded his times while he was running with too little fuel (leaving him 6th), Sam Michael telling them nonsense may have tipped the scales (as well as the fact that it was McLaren that caused this rule to be created!) Whitmarsh also talked about it being a 'technical fault'. Doesn't reflect well on those two.

Additionally, I believe that this means Jenson Button has the highest qualifying average this season: 4.8. No really.
Intrepid

Quite amusing. No reason to doubt this guy's authenticity from what I can gather. Appears to be the real deal.
NSX_FReeDoM

McLaren have denied it. Funny if it is true though.
Agressor

It's going to be exciting today with most of the favorites spread out all over the grid.
I hope Alonso wins tho.

I don't know whether you do this on purpose or not, but bloody hell you seem to contradict yourself in every ****ing post. Not all of them were "Maldonado dick moves", probably only the first one and the one at Spa were "his fault", the Hockenheim one was all Grosjean getting a bee in his bonnet, and the Monaco one a crash in wet weather. Two of them are just as "Open to interpretation" as any Lewis Hamilton incident in Formula One!
GreyBull [CHA]

Most track records were set in 2004 actually.


E: Can't belive you didn't list Maldonado's famous Monaco incident in WSR... I mean cmon, it has been THE #1 anti-Maldonado argument for YEARS. 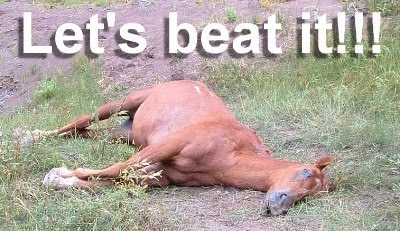 That's because he only searched "Maldonado crash" on YT.
aroX123

Alonso is going to take Maldonado in T1

Also, Heidfelt in started 24th last year, and he finished p8, lets see if Lewis can better that.
DevilDare

What did I miss?

Plix, Senna's fault because he changed lines in the braking zone after Schumacher had committed.
12
3
456