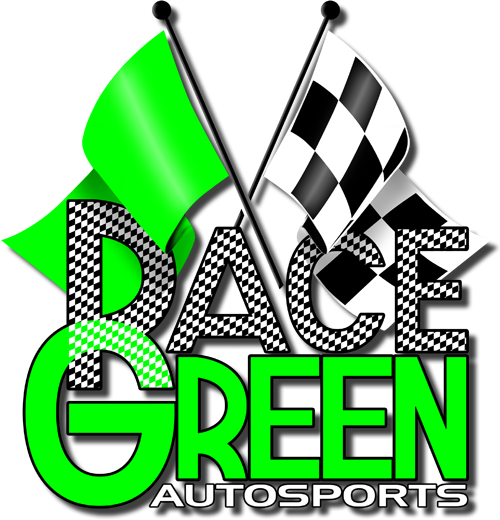 Race Green Autosports practically is a reloaded version of the old TheReality Racing Team (or earlier named just TheReality),which history stretches up to year 2006,where team founder Roby (naming his team after the name of his amateur film studio) together with his mates made demo servers unsafe. Through years team,which was based and practically raced only on local latvian servers,had multiple line-up changes,merging with other teams,saying goodbyes to inactive members. Since late 2010 team started to breathe some air from international level racing,while the support and interest from original team creators and members faded away. That's why the most active member of team Rony decided to "reload" team under new name and concepts - we're going international!

September 29th is considered as the official birth day of RGA,when Rony under new tag took part in OWRL S2 league Season 21 1st round. Our main goal - league racing. Take part in various leagues and enjoy the racing,giving our best while staying clean racers. This is also symbolised in our logo - racing from green flag to checkered without causing any yellows! Of course,nobody is perfect,anyone makes mistakes,but we will make sure to learn from them.


Under unofficial conditions (where no specific name format is needed) you can spot our members using tag RG^ - where RG stands for Race Green while ^ stands for Autosports and it's colored in drivers desired color. Our team has no specific team skins (unless some enthusiastic member creates them) as every member is allowed to express his individuality with his favourite colors.

Our team is open for new drivers to apply for membership - we are searching for clean,troublefree and fair racers,who are willing to participate in LFS leagues. If you're interested,feel free to PM or speak in servers with team's managers.

Good luck guys, and will see you on the track

Looking forward to see succes from this team!

Gl for the team!
GreyBull [CHA]

You make movies Rony? Could you tell us more about that?
Eclipsed

Not me,that's Roby (easy to mix up names

,at one point we were 3 in team - Roby,Jony and Rony

),the founder of the old TheReality team. I joined them some years later...
Eclipsed


Both teams were interested to take part in new series,but both were lacking manpower for it's longest races - after some negotiations both teams agreed to work together and founded Green Angus Racing to achieve better results. In shorter rounds this union will field 2 cars,both in amateurs class,to allow all drivers have some racing experience,while for longer rounds all drivers will be concentrated on 1st car.

This will be a huge step towards endurance racing for Race Green Autosports,as none of the drivers have ever finished anything longer than 4 hour race (the only attempt for 6h race in GT2WS 2011 ended with car upside down after 2/3 of distance),but with experience in other leagues, both entered drivers are very confident to raise this mark.

Season starts this evening with 48h long pre-qualifying for 500 km of Blackwood,where 33 currently registered teams will fight for 30 starting positions,all drivers of this union are ready to give their best to put both cars on grid.
wildstyle

Neat - best of luck to you guys.

Good luck with your co-operation in GT1WS!

Great stuff guys, hope it works out for you,gl!
MousemanLV

Good luck, guys. Make sure to practice a lot :-)
ImudilaSkyline

This is important, so you dont become a roadbock

Best of luck to both parties!
simme181

Good luck with the team! Nice to see that someone is still doing something from Latvia.

The year,team was founded,now slowly goes to the end,so it's time to inform about our achievements!


This is the league,where RGA name actually made it's first steps,unfortunately only one driver was able to take part in this. The OWRL Season 21 can be written off as slightly unsuccessful,as Rony finished 8th in both Formula V8 rounds' main races as the best result,always lacking top speed on track due to wrong car settings. 8th is also the final overall standings position - 3 positions lower than in Season 19,when competition was bigger and stronger than this season.
OWRL is still one of the target leagues of RGA,expect the team to be back at next S2 season and possibly try even OWRL F1 next year!


Currently the most popular TBO class league was attended by two RGA drivers and one "loan" driver,who did just one appearance though. Invecs finished 11th in Driver's points standings with missing first 2 rounds,finishing twice in top 10 between other 4 rounds,showing respectable performance with his blue XRT,carrying the joke snail on it's side. Rony switched to XRT between WTBOCS seasons and never had any good pace for whole season,finishing 13th twice as best round result,ending just 20th in final standings even with 100% attendance. Expect him to switch back to the lighter FXO next year though. In Team's points standings Race Green Autosports finished in pretty respectable 6th place.
Even all these results are lower than last year's achievements,it's worth to mention that competition in this league has increased massively,so it's no dissapointment for this "regress" in standings.


The own hosted series brought the first victory for Race Green Autosports team - after round 1,where Rony made on the official podium,round 2 was won by his teammate Invecs - he raced his lemon colored RB4 carefully,stuck with leaders and used the situation for his advantage when tempers,that heated up between rivals,turned this race very physical. After 2 of 8 rounds,both drivers are in top 5 of Drivers Championship standings,but RGA leads Teams Chamionship standings,even with having same points count as the old rivals STO. Of course after one quarter of season is way too early to predict anything as AWS features a lot of different races.


Unfortunatelly even with joining forces with Angry Angus Racing,this league has become a misfortune - none of the both fielded cars have been able to qualify themselves into race. After seeing one of competitors withdrawing from round 1 race,the active standby #1 was allowed to start the race - Green Angus Racing XRR with our canadian colleague Jared Meade by the wheel,made successfully through the early race phase mess and was at top of bottom half at one point,but after the first pitstop he made a mistake at the chicane and rolled the car,finishing the race early. Round 2 seen even tougher competition at pre-qualifying,making both GAR cars packed up in trucks and leaving the race area before the actual race.


We have been joining 2 other series - GenR GT1 Challenge has been as tough as GT1WS in qualifying,none of both entered cars were able to make the race. SpeedServers UF1 Trophy was another league RGA attended with mixed results,but unfortunately organizers still haven't found the possibility to sum up the short season.

Team is still open to apply for joining the team. We are searching for clean,troublefree and fair racers,who are willing to participate in various LFS leagues. Feel free to contact us,if you're interesed!

And of course a little advertisement - wednesday,26th December we host an event,which could make forget all the troubles and help let some steam off on race track - it's time for 2nd edition of the X-mas derby event This is Crashmaaas !!! Visit the link of my signature to find out more!


That's about it what we wanted to say,Race Green Autosports wishes Merry Christmas and Happy New Year to all LFSers. And don't forget to race clean!

It's been a good start of year 2013 fo the team,as we have couple good news. Some might have noticed the 2 new faces wearing Race Green Autosports tag,but now it's time to make it official:

After some time representing foreign team,Matīss Linde (LFSW: Sn1p) decided to look towards teams based in his home country and our team attracted his interest with activity in league racing. He was a quite active demo racer for about a year before deciding to buy S2 licence and try what it gives. His first team was MRc,later he joined latvian team STO,after some time he joined the italian based PlayerZone. He is now also the most experienced driver of team in terms of distance driven online.
In the real world the 16 year old teenager currently studies in technical school to become a computer technician. In free time he plays handball for the local team,which isn't the only sport he does,but also spends some time at PC.
Matīss will use his name without special sign beside team's tag and represent team in various leagues he will be interested in.

While first new member joined team to join his comptriotes,2nd one is the first non-compatriote of us - Patrick Hall (LFSW: FalconBridge) comes from eastcoast of Canada,making the team officially international. His team history mostly includes small teams - VUR, Alpha Racing, Dutch NASCAR Team,where none of those were active in league racing.
Patrick likes to push stones on ice and sweep the ice - yes,he is playing curling in his free time,while the some free time is taken away with classes at college.
Fαlcon is the nickname he uses beside team tag and Patrick as an oval specialist will represent the team in various oval leagues/events,but he will try to improve his skill also in right turns,enjoying all types of racing.


The old members of Race Green Autosports are welcoming the new ones,and we hope you enjoy your stay!

Congratz to Falcon and Sn1p

And congrats to the 2 new members, best of luck !