You can blame skyrim for that, or life away from PC (on my case).

so? I have a life 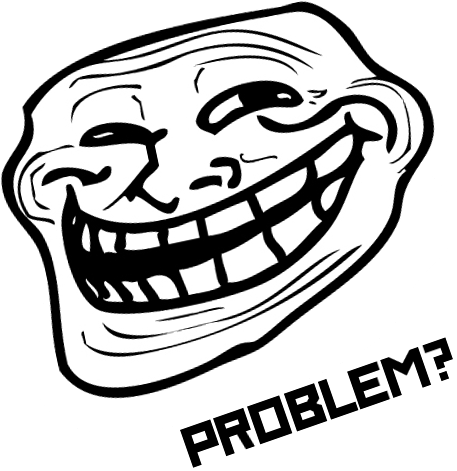 Am I the only one who is really good at flying the jets and choppers, but terrible at killing things with them? My tactic for the jet is to actually let the other jets chase me, and lure them into a crash by flying like a nutter. My favourite thing about this game though, is that you can have fun, yesterday I got bored and just drove a Jeep about trying to ramp off mountains and run people over, I got a 4 kill streak by running people over.

I'm OK with killing in choppers, but hopeless in jets. I just don't like the physics of the jets and choppers compared to BF2. Once you're locked in a jet you're ****ed and you could better hop out.
Uke

Nope. Flares, rapid turns so the enemy can't lock on you again, then proceed to kill him.
S14 DRIFT

Matt/Ray d00d I want to play P4F but i'm hardly in anymore, either at work or hanging out in the sunshine...i'll update the game and see what's gwarning, need to get my awesome COPTA skills back up to scratch.

The helicopters are lame. Too easy tO fly IMO. P4f actually let u be evasive
ATC Quicksilver

I forced myself to learn to kill in the jet, managed to go 10-2 in a match, MVP, got a 7 kill streak and both my deaths were kamikaze double kills. Then me and my mate decided to troll the opposing team on Kharg Island, he used his SOFLAM to target the chopper and jet, and I used my Javelin to take them out. It's very satisfying to kill an Apache in one shot. Oh and I also killed a guy in a tank using just my blowtorch, I died in the process but it was worth it.
Boris Lozac

I see many of you still mention default maps, i just can't force myself to play them anymore, B2K maps are just so much better (besides Depression Island).
e2mustang

i find that the other way around,its just so not like in bf2

same here, deafult maps are waaaay better for me. Current favourite is Caspian

. If possible I usually avoid b2k maps for some reason

The B2K maps are okay. Wake Island shall be ignored by me, it's just horrible IMO. The maps are no way near the fun of BF2, but still great.

Who is challenging who and where can I sign up?

how long do you usually play a single conquest large game? i can't seem to understand what am i doing wrong, but when playing conquest i never get above 3000 and some 15 kills, because it's like 30 mins and then it's over. i am catching flags, repairing cars, destroying cars, everything what should get me more points... am i doing something wrong here?
Bose321

Seems a little low. How many tickets do you usually have in a round?
Mysho

if i should be playing like 1,5 hours then i get it, otherwise i don't
el pibe


this game is from last night, my best game ever. I took the mobile AA and parked it beside objective alpha. the choppers didnt have time to take off that they were already burning, the fast boats got drilled with bullets and those who made it to arm the charge were destroyed by my bullets. call me a '' camper '' or '' vehicle whore '', i dont care. they should have rushed to the objectives ( they did destroy bravo... )
Bose321

Not alot tickets I think, but I usually have more then 3k in 10 minute rounds. Can't tell what's wrong untill I play with you.

Not happy with the sniping in this.. loved it in BC2. Might have to stick with it until I get the 12x scope though. :/

The guns just move far far too much. Only really getting along with the Carbines and Shotguns. ¬______¬
Boris Lozac