you're right, with analoge music there's just so many ways how to get into problems while carrying signal.
but - if you have the proper aparatus you can achieve much better and clearer signal than with digital. in general it's not very easy - like with tv/radio broadcasting, simply analoge signal got too much distortion on the way,...
but when you can build your own sound system with high quality cabling (almost perfect carrier) gramophones and amps vinyl will simply become the best thing ever. If you're electrical engineer it can't be hard for you to determine which is better in here:

vinyls are not worse because they are older, it's just if you want to get excellent quality, you got to invest much more than to your CD player but in the end it's worth it. Digitalized media brings lots of advantages, especially when carrying signal over long distance with affordable carriers. But you can't compare vinyl with CD music like VHS with DVD film.
What you can compare are newer amps using transistor technology with older or much expensive amps using tubes. As electrical engineers, we both know that transistors are just much better, get clearer signals than tubes with less distortion. Why then are tube amps so popular and expensive?
Simply because of the natural distortion they give you. It's like with film/digital photography. Film photos also have their almost invisible distortion - noise, different from digital photography - invisible with lowest sensor's ISO (with high quality sensor).
That's why people prefer tubes - cos they get you more natural sound, not so "artificial". But playing vinyl with reasonable quality sound system you get much better results than with digital media.


Vinyls are simply unicorns puking rainbow while flying with nyan cats. get over it.
Shotglass

As always, you can't take a joke.

also, how can your work be done if you then continue posting about the subject? Ironic that you call Jibber an idiot don't you think?
Shotglass

so your insult was a joke now? thats how youre gonna try to play this?
jibber

I'm not playing anything. I made a cheeky comment about your two times claimed professional skills on this subject matter. I even put a smiley at the end for you.

We still don't know what it is you actually do for work and in which kind of way this is giving you the knowledge/experience for you to say that you are standing above any other opinion/claimed facts/etc regarding this discussion.

Instead of seeing this as some sort of internet argument or game that has to be "played", you could simply stop the kindergarten stuff and explain to us what exactly it is that you know and makes you so certain about your answers. Hint: maybe try explaining your answers, instead of just saying something is bollocks and answering stuff with "no you don't".


if you want me to post a cv here forget it

you seem to have missed the point Shotglass. unsurprisingly avoiding to the question. i've hardly posted in this forum for 6 months and you're still at your same old shit. to get a back to the subject. how's about you change the feckin record?
thisnameistaken

I don't think Jibber is the sort of mug who swallows what hi-fi shops try to sell their customers, he just loves classic hardware and enjoys using it. Nothing wrong with that, and he has some really gorgeous gear judging by the stuff he posts here.

By the way, the hi-fi snake oil salesmen are targeting musicians now: I saw a power cable being marketed the other day that apparently made guitar amps sound better. I suppose the metres of non-audio-quality power cable inside your walls don't matter, nor the miles of power cable running between your house and the generators, it's just the last couple of feet that determine how good your amp will sound.

I think some of the stuff that they sell to audiophiles might actually improve sound quality, the question is by how much, and if that's worth a few thousand bucks. I think it's roughly the same as with music instruments... you can buy a terribly expensive guitar, which will maybe sound amazing, you can buy a very good guitar for a fraction of the price and it will sound very decent, or you can buy the cheapest in the store and it will sound like crap.

I made the same experiences with audio equipment.

As far as testing what sounds good goes, i have always trusted my ears (personal taste and preference plays a big role as well).

Old hi-fi amps are supposed to have good phono stages, but when i listen to the sound results i get with this dedicated phono-pre, my built in revox phono-pre sounds like sh*t in comparison. For example, the stereo image is far more detailed... which is something you can hear instantly, especially when switching back to the inferior unit.

The preamp costs roughly 200 bucks and sounds a lot better than the phono stage of my old hi-fi amp that i payed 700 bucks for. Better sound, reasonable price... equals an easy and justified purchase for me.

On the other hand, there's clearly stuff you can use to burn your money. For example, Grado makes a phono-preamp that costs over 700 bucks. It comes in a nice looking wooden casing and looks the part, while inside, there's a very simple RIAA circuit that can be copied for a cost of around 30 bucks in parts. People say it sounds nice nevertheless, which even might be true... but it's not worth 700 bucks.

I tested a few more phono-pre's before i bought the cambridge one. A few of them were more than double the price, and none did sound as good. So yeah, you can indeed burn a lot of money for so called "audiphile" equipment. On the other hand, some of the stuff really gives noticably better results.

I think i've once read somewhere that when building a speaker and using the best parts available, you'll come to a price limit of around 6k in hardware costs (i believe this was some rough example, no idea how true it is). Or in other words, the best possible speaker should not cost you 50k... but there's tons of speakers in that price range (and did they really put the best hardware inside?). The key with good audio equipment is finding the stuff with the high quality components inside but a simple and inexpensive "casing" around it.

I guess what i'm trying to say is, not every "audiophile" hardware is humbug. Quality components will make a difference, the question is if your 50k speakers with piano finish and diamon flakes in the paint actually have good components inside... and if the sparkly reflections in the paint was really worth another 40k...

There's stuff i clearly avoid when it comes to these kind of products, like stupid expensive cables that sound the same as a 5-10 euro cinch stereo cable. Power bars that provide "perfect" power, when there is no audible difference at all compared to when my equipment is connected to the outlet in the wall of my room (i actually tested a few of those products out of curiosity and took them back to the store the next day).

I'm shaking my head when i see people who use special liquids to "prepare" the needle of their cartridge before playing records, people who grind and polish their CD's at a 45 degree angle to make them play "perfectly" in their CD player, etc. This is the stuff that's made for people who don't listen with their ears, but rather with their eyes and then believe to hear a difference (IMO).

I'm certainly not an audiophile i'd say.

And regarding the digital vs. vinly (analog) discussion...

I believe a high quality digital recording can be superior to the quality of vinyl. Regarding todays technology, i'm sure it's better to record into high quality audio interfaces instead of tape or anything else and then cutting it into vinyl. However, at home people usually play a CD in a CD player (when it comes to a standard hi-fi system)... and in this regard, i still believe a clean high quality vinyl with a halfway decent turntable will sound a lot better (again trusting my own ears here).

Even if we are talking about digital recordings with higher quality than a CD provides, there seems to be a pool of listeners spilt into two big groups... one prefers digital, the other one analog (vinyl). In both groups you'll find educated people with knowledge and understanding of the whole thing on a technical basis. I'm sure there's even a few more toaster developing germans in there somewhere...

I would have been open for a discussion (without having to come to a definite conclusion), but what put me off is the same old "superior" attitude from shotglass because he thinks what he learned at some university is the ultimate truth and that anybody else with a different opinion is either an idiot or an american.

And with that i'm out... making space again for other people to post their material achievements in this thread! :P
Shotglass

i think you spoke too soon


so basically what youre saying here is decades worth of scientific study are less accurate than you ears?

avoid the question much? stop being an **** and answer the questions. Who's your daddy, and what does he do?
three_jump

For Bob's sake... make a thread in the technical section or the "way more offtopic forum" and call it "shot vs. the others" or soften your skin with a hammer.

This is the post your last purchase thread and not the "you are so stupid and prooved it by buying this junk". 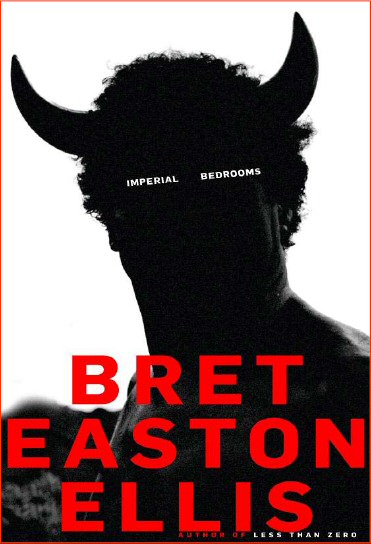 Unless you're looking at it completely scientifically (and given that audio quality is mostly a human experience) I think listening in an environment you're familiar with isn't meaningless. On the contrary, what's the point in having reproduction equipment that sounds good in an anechoic chamber or whatever? Now that would be a pointless experiment.

I know people who try this sort of thing out with various categories of gear (I know one guy who has tested just about every studio compressor ever built) and typically they do it in their own studio, where it's convenient. Are you saying that this kind of testing is useless?
dadge

Okay so you guys make good points. Though, you seem to misunderstand each other, whether it's intentional or not. You've been having a nice argument here and surprise: All of you won!

So can you please shut the hell up now?
e2mustang

we did,and got taken away very quickly

again, we have no answers to the questions put to you. do you even know how to hold a conversation? seriously, you're acting like a proper ****.
matijapkc

You guessed it, your argument is invalid.
ATHome

Why should I? And who are you to tell my what I should do?
thisnameistaken

Sure true objectivity is harder when you know what you're comparing, but then you could argue that there's no point comparing anything without laboratory conditions. Why try a new kind of coffee from the supermarket unless you can set up a double-blind test, etc.

I think you've gone a bit walnuts and sledgehammers with this, to be honest.
logitekg25

so i bought a car wash for my car last.