Like all LFS releases, it will happen when it happens. You just get to be patent like the rest of us.
I've found that breeding Aldabrachelys gigantea hololissa and watching them grow to maturity works. /s
Last edited by Racer X NZ, Fri, 18 Oct 2019 09:04.
bmwe30m3

It's done when it's done.
We're discussing a planned 2008 update in October 2019 in July 2019 progress report thread, something to think about.
RC-Maus

Not possible becourse there is new lightning system. So all has to be updated.
Oliver Feistkorn

Incorrect. The update announced in 2008 has nothing to do with the content that has been shown and discussed in this thread. It is a progress report for an update that will be available somewhere in the future while Scirocco will be released in early 2009.
False hope

still gonna play lfs just because I can spectate easily and the chat interface is nice. 10/10
LakynVonLegendaus

Yeah, those are the only two reasons people still play LFS

Why are you even wasting your time on creating anonymous accounts just to mock players and a game that you don't even have any hope for and probably won't even play no matter what they release or don't release.. seems a bit dumb if you ask me. Why don't you go play Arcado Corsa instead or something?
Ped7g

dds mods will probably somewhat work, depends also how much original set of dds files will change, and how much the colour profile will be important. And some materials will now require alpha channel data I guess?

"keep possible to alter" ... wait a second, it's your computer, you can alter any part of LFS, just some parts are easy to alter (like dds), and some parts are more difficult (like changing parts of code), but Scawen can't stop you, he can only make it more/less difficult (like for example signing dds files with private key and checking the signature before load to refuse to load modified ones.. then you would have to remove the check from the binary to allow modified dds to load).

Anyway, this situation (big change of LFS internals) was expected and envisioned, and it was the main reason why "no mods" policy is in place. To save people from the feel of having their many-hours hobby projects destroyed by next update of LFS. So it's just happening as envisioned (wouldn't say "planned", but it was more like "inevitable". It wouldn't happen only if the project would be abandoned sooner).

May backfire... may. This whole thing of S1/2/3 and updating one game ad nausea IMO did backfire a bit. Other car-sim games developers are instead releasing "new games" when they finish these bigger patches (netkar / rFactor / ...). That makes also the loss of mods probably a bit easier to accept? "it's new game, of course my mods don't work any more"? But LFS is hiding this behind "patches", so it may feel different (although it's practically the same thing happening, you just get the new "LFS2" for free as you already have license and it will be still named "LFS").
gu3st

Given DDS is a graphics format, it's unlikely that they'd become unmodifiable.
cargame.nl

It has everything to do with 2008. As Scawen stated before he wants to get rid of the two different internal development versions. Remember that Eric refuses to work with the old tire physics ("our" version).
matze54564

Bring back the old westhill. This was my favorite track.
Evolution_R

We don't need old stuff... we need new ones.

You can download old lfs version that have old westhill.
Flotch

I agreed with most of what you said but would like some explanation on this one, i part own-run MRc servers and what you claim here has never been the case at all for the 9+ years i have been at MRc(we may keep hold of someones ip that has been banned to attempt to trace any new accounts they make but only a trusted limad 5 (supads) ever get to see the logs containing such info , I agree about cargame servers, i also at first used to like going to cargame's servers, the setup of the server gave a different experience which i enjoyed. Many racers that i met there still race but are usually seen at any decent event races being held
Last edited by bishtop, Sun, 20 Oct 2019 02:49.
bishtop

So they keep interest by allowing community made content while LFS is here nearly 20 years later without having done that, i very much doubt AC will age as well
cargame.nl

lol, raised an eyebrow because no idea where this was referenced to.. But now I see its one of DK's (lengthy) postings. Well, may come as a shock to you but I skip those most of the time because of too much fantasy. Server adminning has nothing to do with development other then that server admins can request and/or can cause the introduction of new features. If you are against some kind of feature and have proper arguments then you should have been there at the time of the feature request. "Someone got beaten up", I don't know what nonsense this is but I never heard of such a story. Wild gossip should be put in The Sun, not this topic.

Most of feature requests are very well used (and not misused). It's an indication that they where good. Sort of satisfied to see this although not using them myself anymore. The elite has left the scene, quite hard to get this back, I even would claim it will be impossible because it's much more then just sending an email. However some sort of new elite can rise after some massive patch update, still interesting to follow developments because LFS racing subcommunity was more like a big family and not this trash talk what I read now here.

Do not fabricate your own stories to force your wish to have some global "official" LFS server environment. Maintaining servers cost a sh*tload of time and psychological energy. Not possible to be done by a development team, they have other stuff to do.
Last edited by cargame.nl, Sun, 20 Oct 2019 04:02.
klbbadd2002

July has been one long month.
Flotch

prepare your eyes for this saturday
Racer X NZ 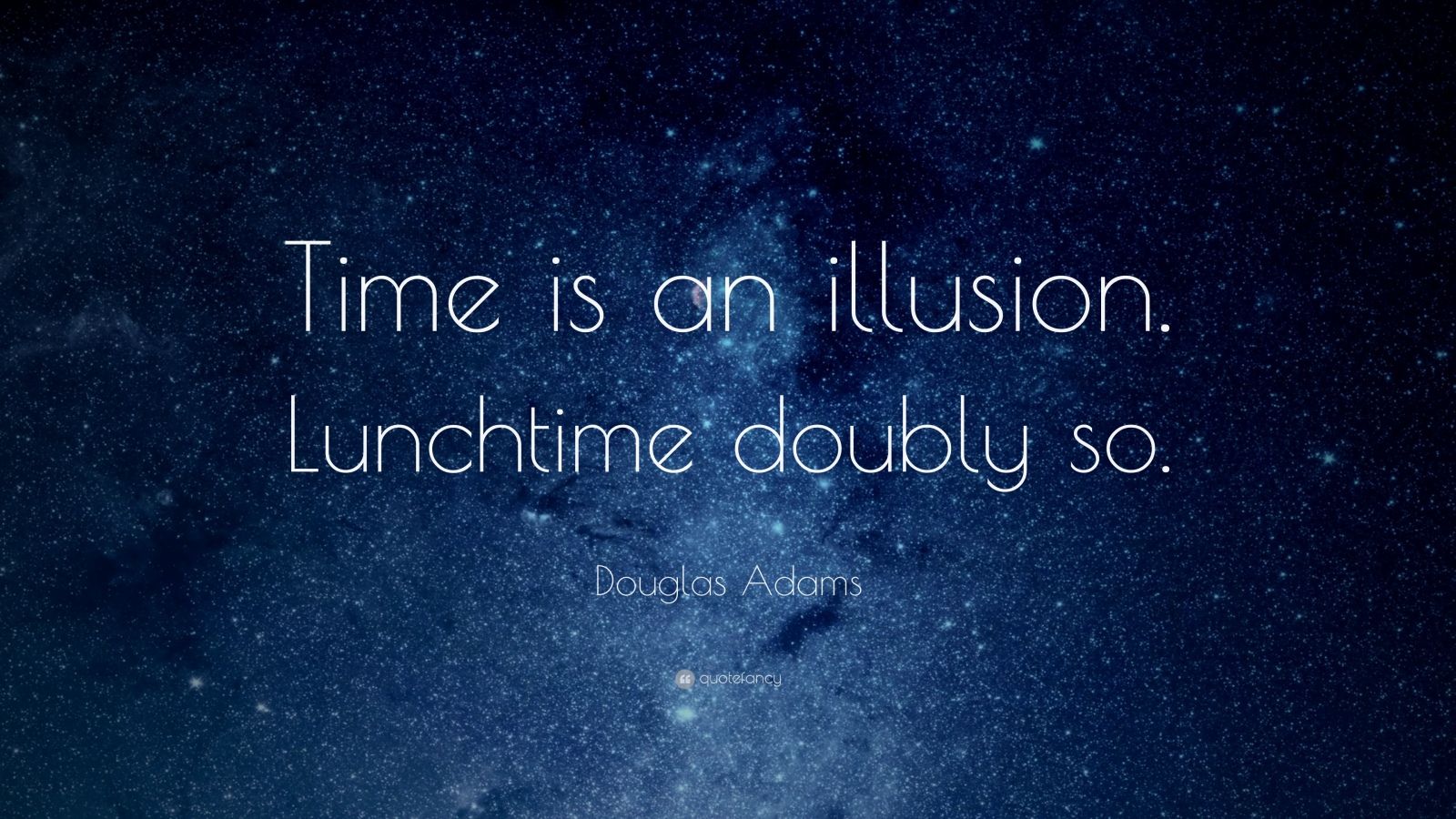 Clearly time is not an object or substance we can touch or see. But neither is it merely a dimension, quantity or a concept. Indeed, time has many aspects and appears to represent different things to different people in different circumstances.
Last edited by Racer X NZ, Mon, 21 Oct 2019 11:35.
bmwe30m3

2008 has been one long year.
Evolution_R

Hard to believe that the Scirroco sits right between Team Fortress 2 and Duke Nukem Forever now in terms of development time.

I still remember the excitement as if it was yesterday.
Vladimir_nose

Perhaps he will accept your ideas and they will be used along with the Scirocco release.
gu3st

Honestly something like Dolby Atmos doesn't make sense if you're building a game. With headphones you can already perfectly emulate surround sound with sounds that are emitted from the location they are in the 3d world, with the appropriate simulation of the doppler(?) effect this should produce realistic audio. Most game engines (and I think LFS does) support audio emissions as part of the game world. You can go further and add the game world to interact with the audio (creating echos in tunnels, etc).

Valve has an interesting offering for 3d space audio as well in Steam Audio: https://valvesoftware.github.io/steam-audio/ which also allows for the kind of world space audio simulation that could be interesting

If you have speakers, something like 4.1 should be able to also replicate that audio (but not as good as headphones).

For films it's relevant because you want to simulate positional sounds that are added in post-processing, so you need to be able to simulate a 3 dimensional space around the camera.
Last edited by gu3st, Wed, 23 Oct 2019 04:39.
cargame.nl

You should read what is being written on this forum.

The Steam(/Valve) thing is discussed numerous times already. Besides, game companies tend to move away from these platforms and create their own shop/launcher. Recent example, Rockstar. Why make the middle man rich while its not needed. LFS only needs a good paying provider.

edit: Hmm.. Skrill supports also bitcoin nowadays. Interesting. So there actually is not really a problem. Other then that you need to create an account which is an annoying process. True.
Last edited by cargame.nl, Fri, 25 Oct 2019 04:56.
1234567
8
9
This thread is closed