virtual mirrors are not realistic IMHO and would give unfair advantage to other players (or can they be forbidden by server?)

Maybe a discussion in a separate topic would be appropriate, if many people are concerned about virtual mirrors.
chucknorris

Well, they're not more or less unrealistic as the chase view. It's a game after all. And how can it be unfair if all players have the same options? That's the exact opposite of unfair.

I would rather see different hardware (steering wheels, displays or VR glasses) as unfair.
Scawen

I agree virtual mirrors are not realistic, but I don't think they should be forbidden by servers. This isn't quite the same as force-cockpit view. They may/may not be an "unfair advantage" when compared to using real mirrors, but on a single screen there is only so much screen space, so the virtual mirror can help with car awareness.

With that perspective, some would consider a triple monitor setup an unfair advantage because of the advantageous peripheral view.
Bigbob1993

well, you have a valid argument and I dont care enough to keep lobbing for my opinion

. I humbly beg you to pretend I said nothing...
aanrus

For the MRT, I would agree on removing those mirrors if they are not existing : when you race, you have to turn the head, so why in a simulator wouldn't we have to do the same ?
racerss

Is it possible to add a "Axes" Tab when using mouse/keyboard?

The reason for that is to be able to use Mouse Y axis to control throttle / brake instead of buttons.

Whereas the same result could be accomplished by using wheel / joystick, setting steer to mouse X and thr /brk to Mouse Y. Wheel turn / wheel turn compensation will influence the input, unlike when using mouse / keyboard you adjust the sensitivity using steer center reduction.

As for the test patch I tested it today and the result were amazing, I loved the way you can adjust the range for mirrors and found no flaws at all.

It is necessary to add a anti-aliasing x8 for a mirror and add the sharpness when parameters -30.0; 30 ; when you change it to the left or right.
Bigbob1993

When I had a trackball instead of mouse, I had this setup. try to move your mouse in desired axis to asign throttle to mouse axis.
felplacerad

A crash report on this otherwise nice patch! (0.6P6)

I was riding along (spectating) another player in a multi-player race while configuring my freshly installed LFS. As I went through the options I could not remember the purpose of Display -> Drop shadows so I toggled that option off and on a few times. Doing this the screen suddenly went completely black. I still had video signal though since I could see (and move) the mouse cursor. I also still heard sound LFS appeared to be running in the "background", just without video.

I then hit shift-f4 to switch to windowed mode. As my desktop appeared LFS.exe crashed with the following report:

Scawen: There is a little thing that should have been there all along:

Would it be possible to add a command to directly select a particular horn without using the cycle button (shift+h): like "/horn 3" ?
Scawen

Thanks for the bug reports and suggestions which I will look into. I also found a bug. If your car is damaged in a way that moves the central mirror (e.g. damage to roof) then the mirror image can become corrupted.

I was hoping to release this weekend but decided to let the test patch settle a bit, have a more relaxed week doing a few fixes then release next weekend.
Scawen

Thanks for the report. I think your use of the drop shadows option at the time is just a coincidence. It draws some black text slightly offset from the plain text on screen (like race position and lap times) for a shadow effect that makes it more readable against the sky.

So it's possible that may be the cause, rather than the test patch. It would be nice if LFS could deal with that and reinitialise D3D.
Last edited by Scawen, Sat, 27 Aug 2016 09:04.
felplacerad

Yes I have seen that message too and although I didn't get that notification this time that is probably what happened. I've had this happen in Rocket League as well (which, coincidentally also runs DX9).

It seems to have become a bit worse lately, I'm not sure whether it's because of a defunct graphics card, the state of the current nVidia drivers or simply the summer temperature that causes devices to overheat.
AnnieC

Tested the latest version last night and it's still great, did not find any problems with it. It would be great if the mirror adjustment could be assigned to controller or keyboard buttons and it could work like in a real car.

One other thing is that LFS menus could use a little overhaul, for example on the View page the 2D/3D buttons are further up than where one would expect to find buttons and the global view settings are mixed with independent car settings.

I think something like in the attached image would be more logical, the global view controls are on the top and the independent view controls and mirror settings are below.
Degats

I noticed something regarding the wing-mirrors: The adjustments are based on left and right mirrors, which means when you swap sides of the car the adjustment is out. Normally, you'd have the two sides adjusted differently, because of the angles.

Having to click some 10-20 times in order to set the position I want is a bit frustrating, wouldn't it be better if the adjustment kept progressing when holding the LMB?
Flame CZE

Someone has mentioned it earlier in the thread, and this was Scawen's answer:

While it does save some clicking, I don't think many people know about the right click feature. It would be nice if you could hold the button for it to keep moving. It looks more intuitive.
aanrus

There you can specify coordinates.
constant-drift-Xx

Hello, I'm facing a bug with these test patches. It seems that the steering wheel for the RAC moves, but the drivers hands are frozen in place.
Also, the new '3D mirrors' on the RAC seem to be quite buggy for me as well. Just seem to adjust themselves in random positions each and every time I leave the pits/join the track.

Other than that, a fantastic new addition to Live For Speed, these updates are.

Thanks everyone for the reports and suggestions.


I think your patch is not correctly installed. Somehow you are missing the new RAC steering animations which should be in your move folder.


This may also be related to the missing steering animations, because LFS doesn't know where your drivers eyes are.
borja_s13

The GTRs have new aileron a bit more up , but on CMX still been the old ones. Shouldnt be them update? 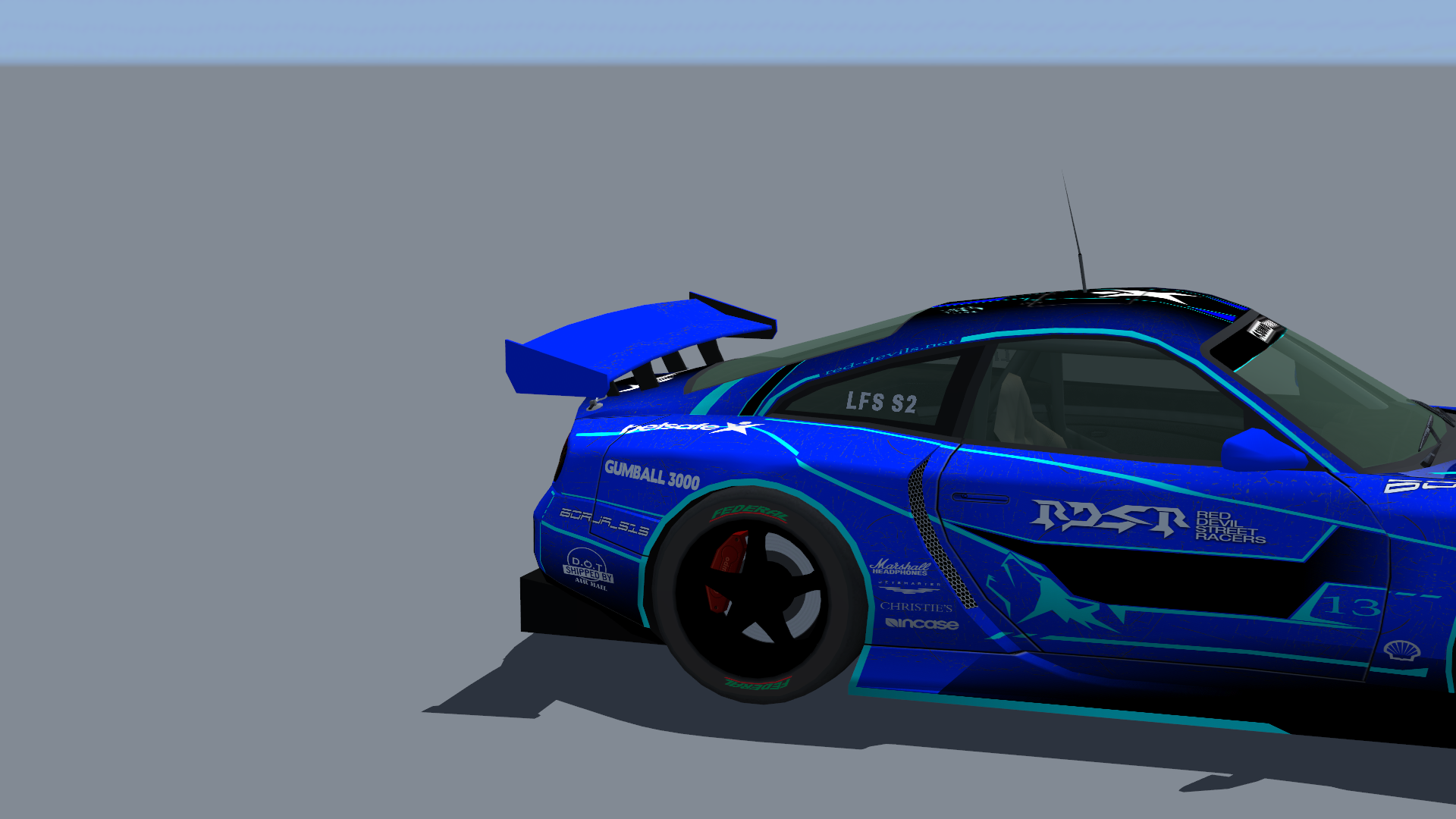 indeed they are a lot higher now !
PeterN

Could the mirror resolution be (optionally?) increased? On triple screens with realistic FOV they're distinctly blurry.
12345678
9
1011
This thread is closed