But then again, if this is a thing, then I have to say, it is never worked anyway, or it might have, but it is never affected to my controller, wheel or any, but that is other story, that's why I keep it on 20ms, just in case, of any. From 0.5U to this day ( that is the version when I 1st used both wheel and controller, did not affect in anyhow, so I thought it is for H-patterns or similar. However, I might be wrong, so please inform if I give some false info )

This came 1st on my mind, but as usual, no luck there. Hehe... funny
Whiskey

It worked for me. Had to get used to downshift slow enough to not get a miss shift. Though my G25 decided to keep getting worse and I had to repair it because I ran out of range in LFS haha
SimulatorRental.com

In relation to my using One PC to run multiple instances of LFS, for multiplayer gaming. I have an issue with frame rates being too low on the separate monitors, because only one can have focus.

I have been googling for frame rate drops when window loses focus...

Almost every reply/answer/solution to whatever game or program, is related to a setting in the game itself. Some games have separate frame rate cap variables for when the window does not have focus, or is sleeping, to save power/resources.

Scawen, is there a variable for the non-focused sleep frame rate in LFS?
(Asked this in the other thread about this as well)
TheNoobisonFire

Scawen hasn't been here since last month...Brexit may have killed him, either that or the lack of Candy'up in his local Tesco
cargame.nl

Odd you're experiencing this. I just launched multiple LFSs on my end and loaded them up with AI drivers, and they were all running at high FPS with no significant frame drops. This is also while running another game on my 2nd monitor.

Any significant loss is more then likely due to not fast enough hardware.

Yes, hardware is one of my issues... I originally planed on doing virtual machines, so I built a server with a pair of the fastest Opteron processors. (I started off with FirePro cards as well, but now I have an RX 480 which is game speed)

I post more about this in the other thread, but... I can run 8 instances IN MULTIPLAYER with each running 1 AI, plus a few extra AI on a host instances. You running what looks like 8 instances each with 24 AI (192 AI), and still getting 80-100FPS just makes me regret the use of server processors even more. Thinking of selling it, and buying something else... I may go for a maxed out i7, since zen is not out yet.

After some tinkering I am able to get all 8(~9) running in the 80-120FPS range, but only with a couple AI on the host instance in addition to the 8 players. And while this tinkering has reduced the effect of the focus boost, it is still there. I mostly changed the affinity and priority, using the command line at start up. High, and 2 Cores. This worked better, since manually changing it in task manager did not fix it entirely. The stuttering has also been reduced... it is almost nill now, although it shows up again at random.

The issue is more of the boost in FPS, then a drop in FPS, but while one is boosted the others drop a few FPS. It just seems like they should ALL be able to run at the boosted level, which is about 20-30FPS faster.
Tvix1

Scawen, maybe you can add Old Westhill to the existing list of tracks...?

It was already asked several times, and the answer was: "You can still download older versions of LFS. The new Westhill was made to replace the track because it was downgrading the overhaul quality of the game." (not an real quote, but the idea behind Scawen's posts about it).
Tvix1

Hmmmm, I don't remember that he will be say about it... Yes, I agree you with you that new Westhill is cool but we are missed old school times in servers...

Noticed that my LB/RB buttons were worn quite out, and they were too sensitively attached to contact-area. Now I eventually broke my pad due the how it is done... which makes me thinks those are never planned to extract and reassembly. Gonna fix it some point, but need some specific tools ( and time, and patient )

I still could try it out. It was ALOT better when having some cleanup and finetuning, but still, still it did not remove my problem, altough alot less happening

gear change ms time did not effect at all.

Im done with this controller on LFS, I mean I just get new controller or even wheel if I get enough long job for salary, but it must be very small.

EDIT: For adding some, it was collected dust pretty much... So if you think buttons are not working functionally, better clean it up inside, there is lot of videos in youtube about how-to


EDIT2: Seems to be that controller is the main issue of my problems, but only in LFS. However, I got an idea, as whoever told about it needs to have original parts? So I changed/added few things.

Shifting up/down, not receiving any data: This is the controller issue, the buttons might not function properly due two problems:

Dust, believe or not, dust can go in everywhere, my F710 was full of dust! It can make buttons stuck, not moving properly, feels like glue. Cleaning up completely inside will mostly solve a problem.
Wearing out, nothing lasts forever, but for having longer functionality, open up controller, and put something very thin object between button and connector. Be sure your buttons does not start to get stuck. The main reason why buttons does not always function is that the thing, which is having buttons sticked to controller, are also worn out, This is mostly solved by putting something between moving objects, which decreases the worn buttons move less misdirections, better chance to make button hit to connector.

Hopping gears while shifting This is the only problem left, what I could not get working, though it makes less than before. Because it seems there is no difference how much delay you use between gears, this is out of reach. I am thinking to having fresh install of LFS and trying to find out, what causes this

You can read my earlier posts if interested, where I did started, and now where I have ended.

The most mystical thing is that LFS seems to be only software to me having these kind of probs. I prefer having to myself fresh install, hopefully this might make sense.

It is told that some others have similar problems. I recommend to use shift delay more than 120ms, to possibly prevent hoppings. 0.02 seconds is very, very very small amount of time. And 0.20 too.

EDIT: I am requesting from someone can assist me to get rid of this odd problem. There is chance ofc it is still controller issue, but why only LFS? I tried quickly several other games by clicking rapidly all buttons, did not happen any kind of this
Last edited by UnknownMaster21, Fri, 5 Aug 2016 15:41.
pasibrzuch

I would really want to hear that Scawen is on vacation or something.
3 weeks of silence in the middle of small test patch. Eric, Victor?
Scawen

I am working on something.
pasibrzuch 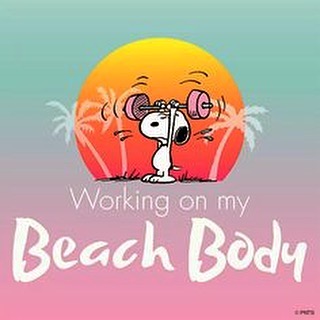 Great!! Scawen is back from his waging war on Brexit. Candyup has been restored at his local Tesco
mbutcher

The vaguest messages are always the most intriguing and exciting!
cargame.nl

Read "something" again and you see it

Thanks for it, Scawen, a lot of guys I know of really appreciate this message

THIS is what I say when I KNOW that something will go horribly wrong with a part of project im working on.
12
3
4567891011
This thread is closed