wut so funneh about facepalms?

It was a comment to two too upper pictures
-NightFly-

I am so intelligent I can make my life utterly complicated...

In the 17th century, the Danish astronomer Ole Roemer suggested that light did not travel infinitely fast, but at a limited speed. Roemer arranged for an experimental test. It worked, but his rival (and boss) Giovanni Cassini dismissed the result. Because of Cassini's position as head of the Paris Observatory, the entire scientific establishment colluded in Roemer's humiliation. He was only vindicated after Cassini's death.

In 1762, Galvani called the term animal electricity to describe the force that activated the muscles of his specimens. Along with contemporaries, he regarded their activation as being generated by an electrical fluid that is carried to the muscles by the nerves. The phenomenon was dubbed galvanism, after Galvani, on the suggestion of his peer and sometime intellectual adversary Alessandro Volta. Today, the study of galvanic effects in biology is called electrophysiology, the term galvanism being used only in historical contexts

In the 19th century, luminiferous aether (or ether), meaning light-bearing aether, was the term used to describe a medium for the propagation of light (electromagnetic radiation). However, a series of increasingly complex experiments had been carried out in the late 1800s like the Michelson-Morley experiment in an attempt to detect the motion of earth through the aether, and had failed to do so.

From the 16th until the late 19th century, gravitational phenomena had also been modeled utilizing an aether. The most well-known formulation is Le Sage's theory of gravitation, although other models were proposed by Isaac Newton, Bernhard Riemann, and Lord Kelvin. None of those concepts is considered to be viable by the scientific community today. 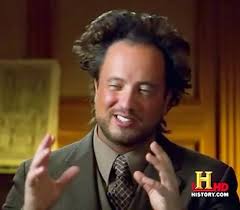