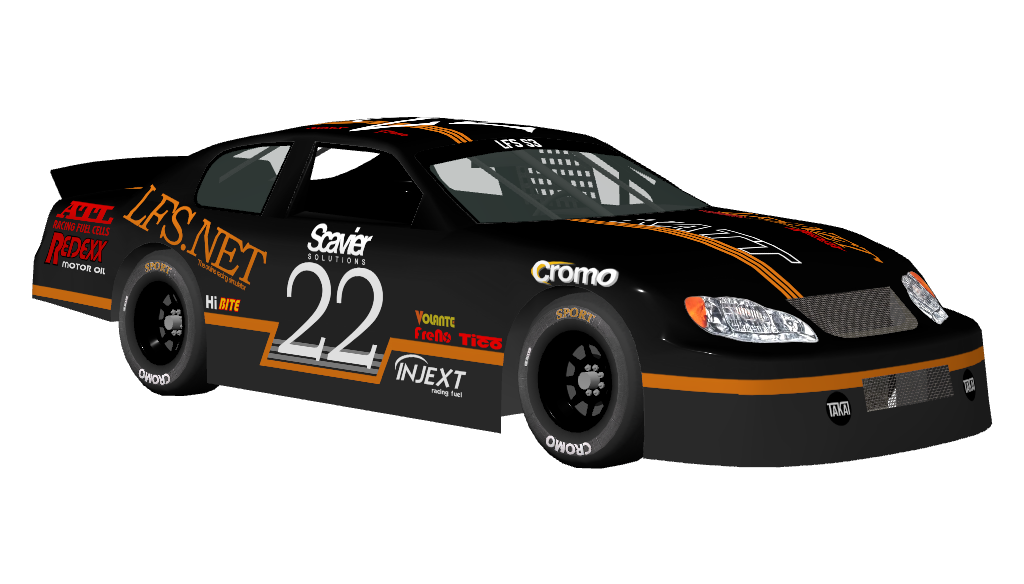 Car shape and interior is inspired by the 2003 Chevrolet Monte Carlo NASCAR race car and other race cars from that era.

Even though it's been public for some time now, I've decided to create a thread for it to gather feedback.

- The 3D model is based on this low-poly model. Even though it's based on a NASCAR cup car from the 2003 season, however I'm not aiming for an exact 1:1 copy, so there's some room for creativity I guess

- The suspension geometry and some engine characteristics are based on Bob Smith's NASCAR experiment, which is based on the Car of Tomorrow (around 2009).

Some progress on the steering wheel: 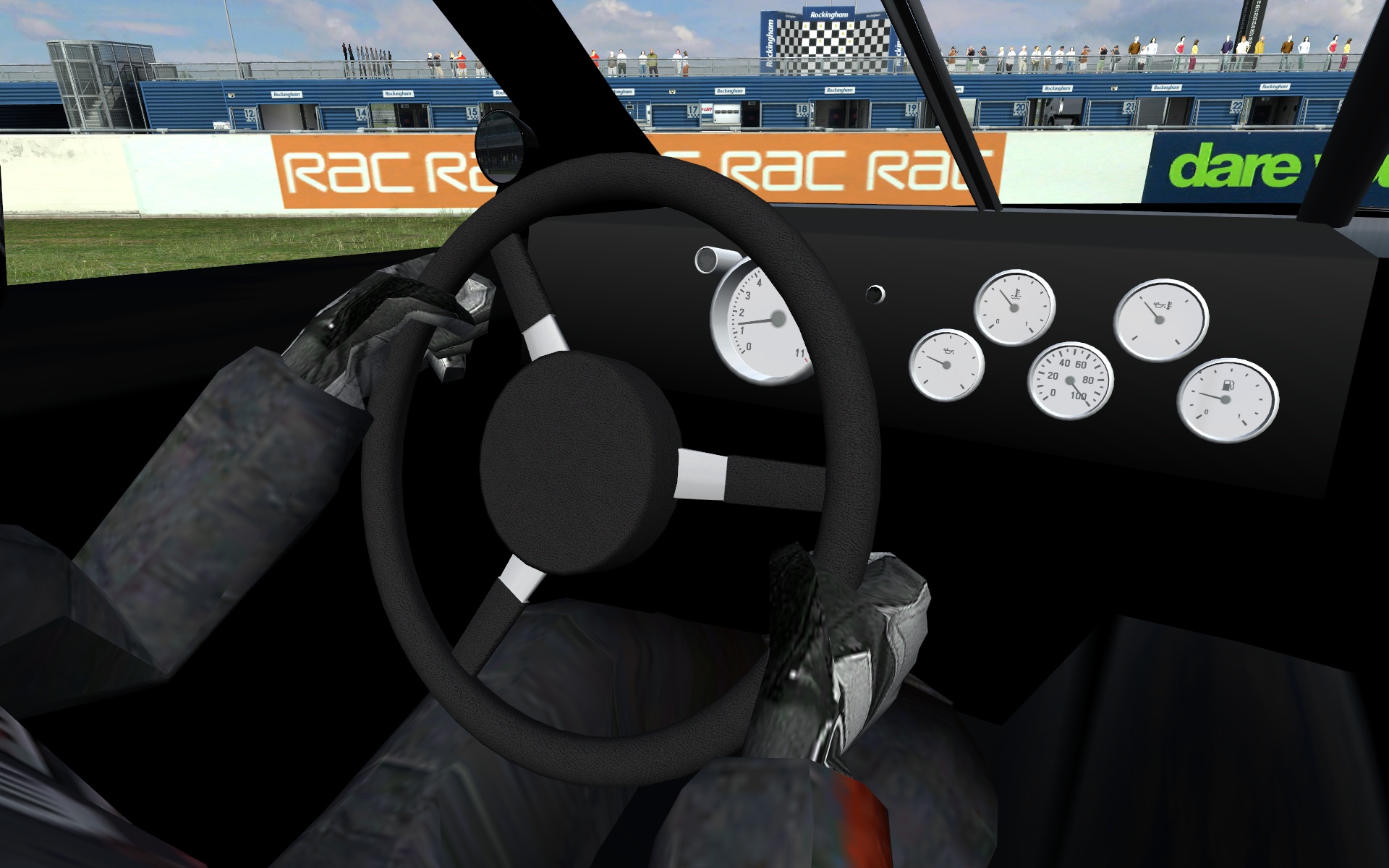 I've used this as a reference picture: 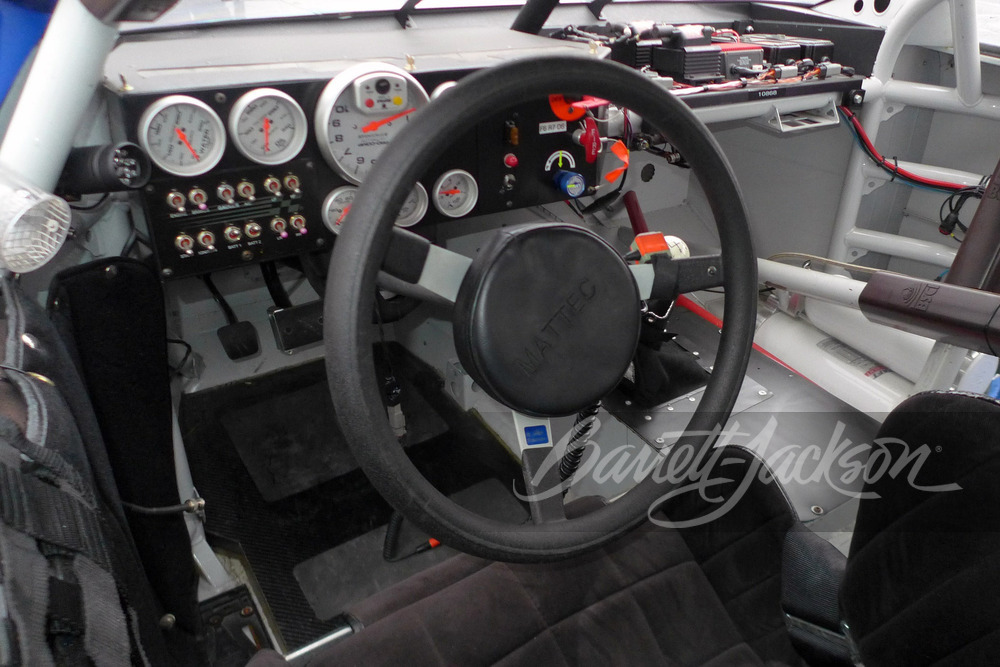 y the gauge up side down?
rane_nbg

I was also wondering this, actually, a lot of gauges are angled kind of oddly. But I guess once the car gets up to speed the needles are somehow aligned in a nice visible position such that the driver can pick it up by a peripheral vision more easily. Also, the car is designed for oval racing, so most of the time driver head is also tilted to one side

this mod is one of my favourites !

The thing spends most of its time at high revs so placing it upside down gives driver better view where he is at, rather than wasting the space for revs that car is never at. I've seen same thing in Dirt Rally 2 with the VW Golf 2 and people always asked the same question
Flame CZE

As you may have noticed, the tyres overheat quite quickly with this car - driving around Kyoto Oval, they go after 4-5 laps. Does anyone know how to fix it? Is it because the car is too powerful and needs a restrictor for the fast oval? Or is there something wrong with the suspension / setup?

For those who want to fiddle with it - I've attached the zipped mod archive for the editor - just unzip it in LFS_EDITOR\data.

I'd be very happy if someone could help with this issue

I think it's an LFS tyre issue moreso than an issue with the mod.
Flame CZE

Just for the reference - I have done 5 laps with Bob Smith's NASCAR mod in version X and then with my mod, did similar laptimes and it actually seems to have the same issue.

Here are comparison screenshots of the tyre temperatures: 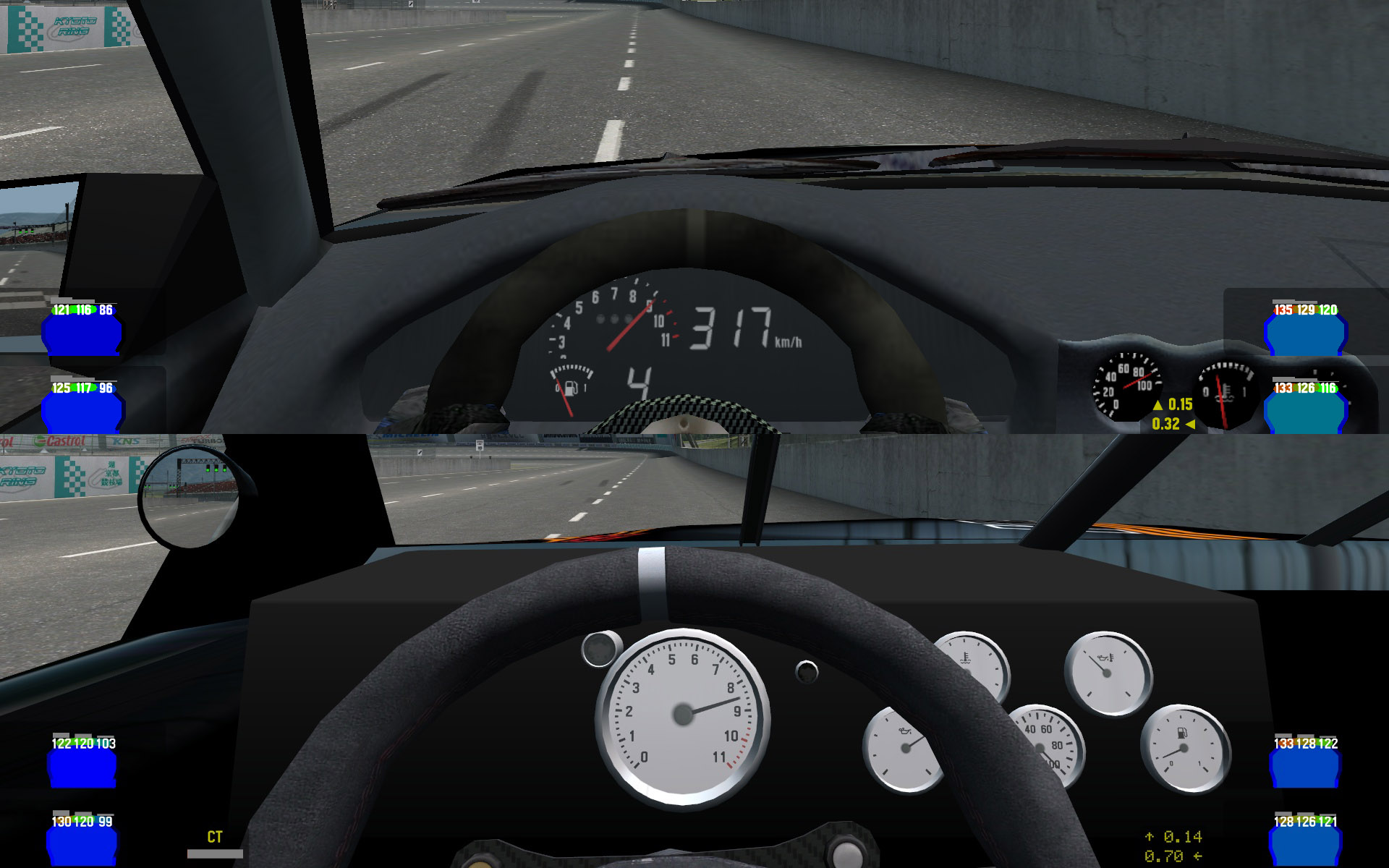 And here is suspension geometry - I tried to replicate that as close as possible: 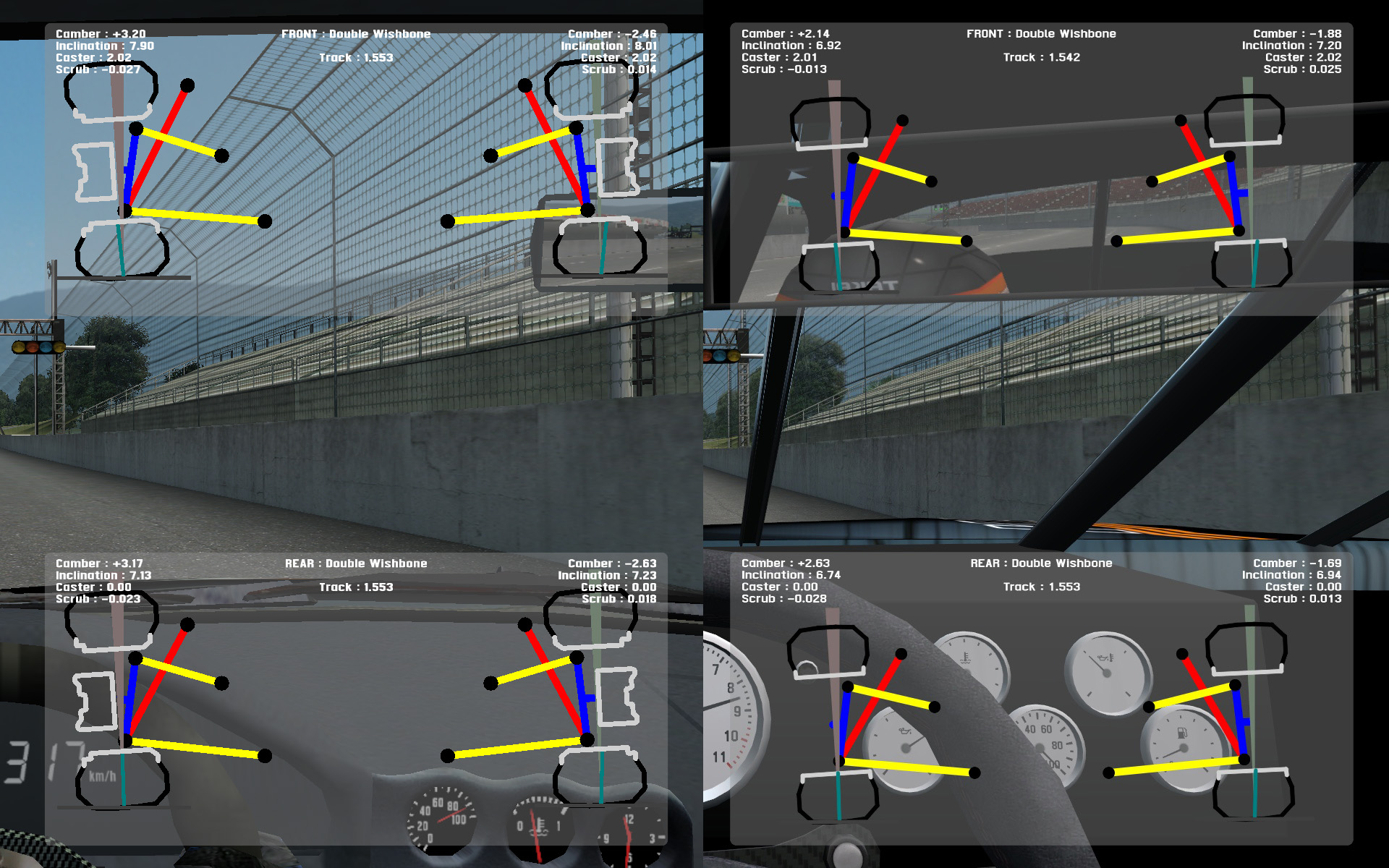 Yes but solid axle is not supported in LFS.
scania

A small update is available - a window net on the left side and a bit of roll cage in the front part. The car also has a proper NASCAR steering wheel now. 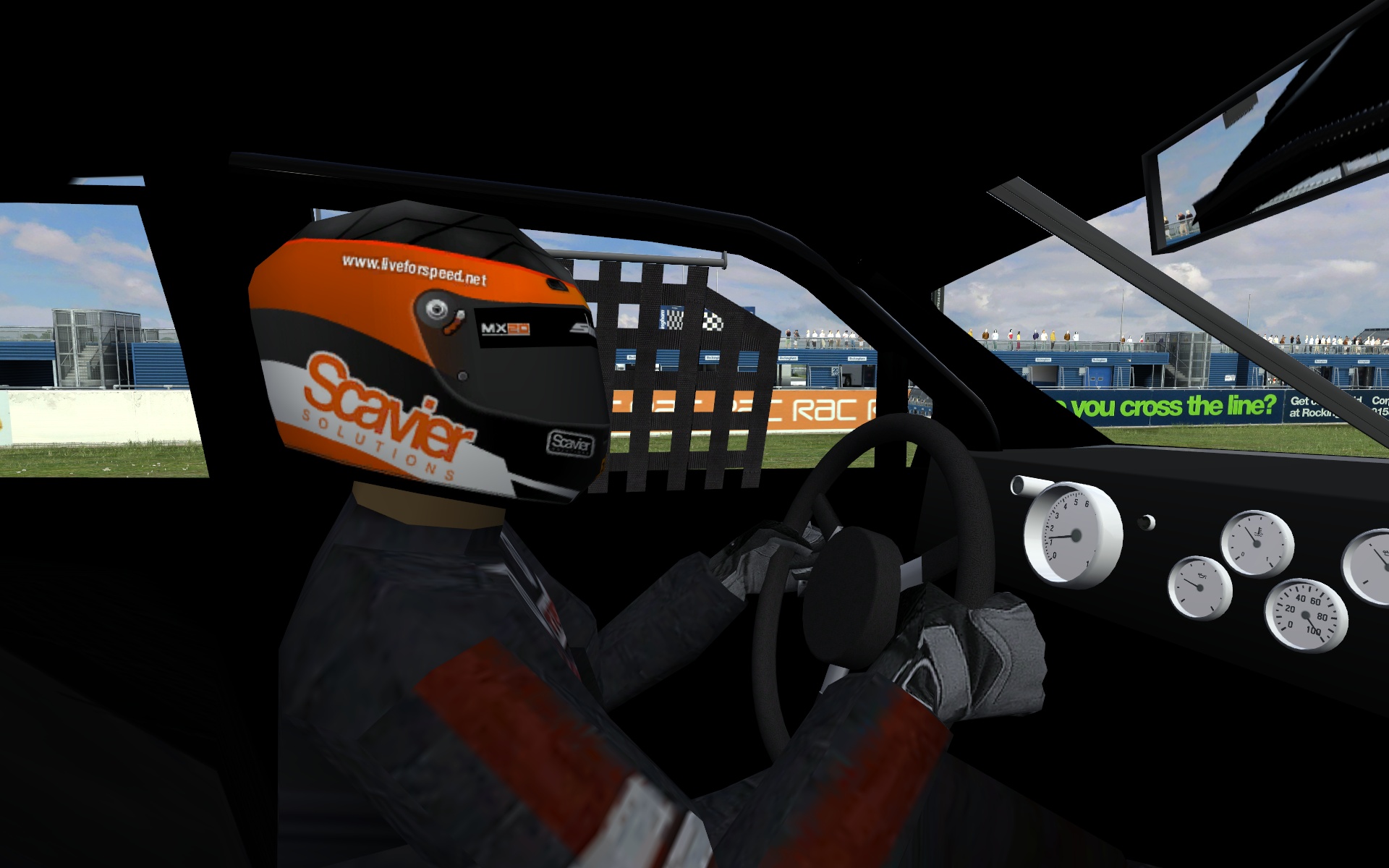 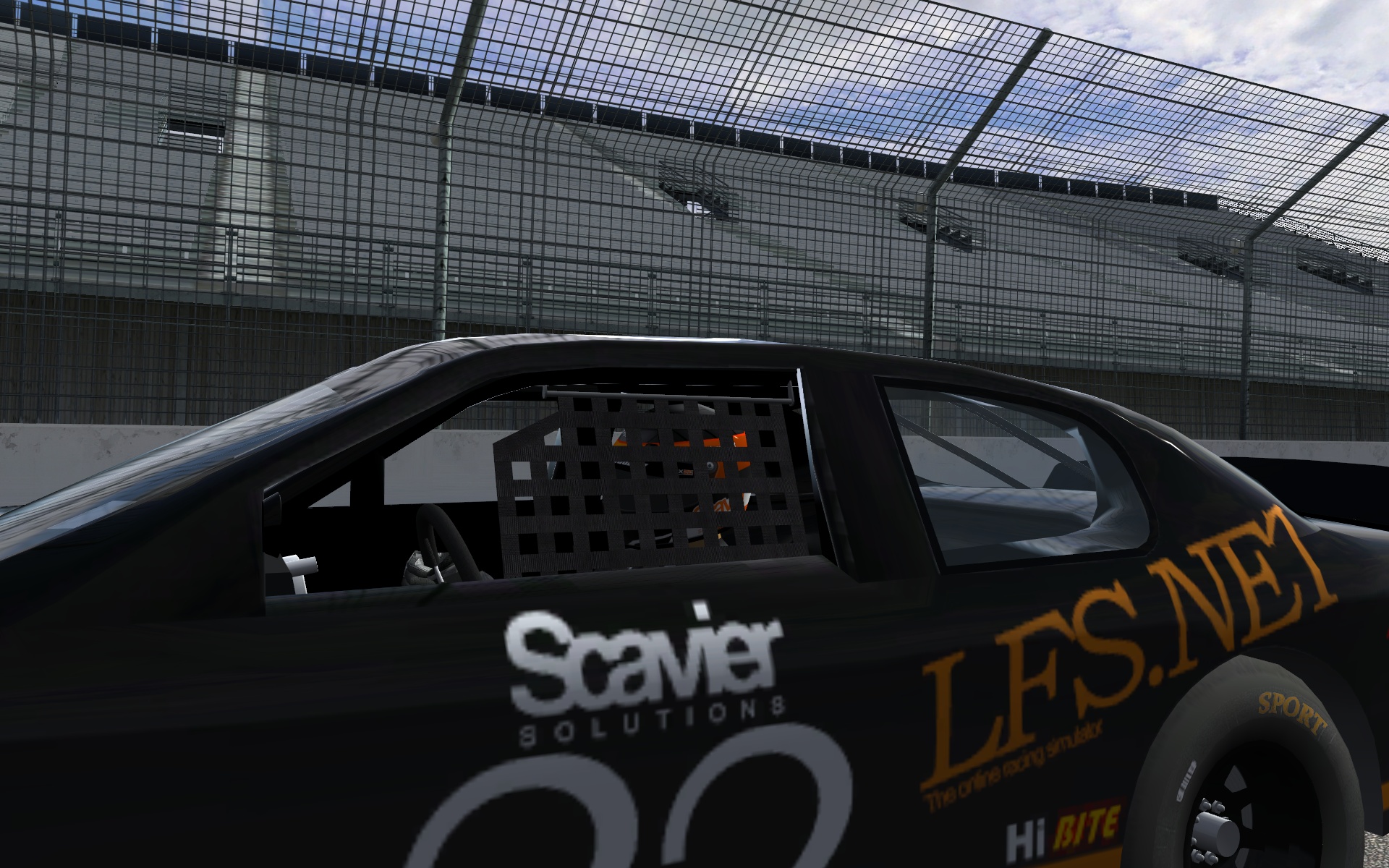 hmm you said solid axle is not supported? what about the semi trailing arm option?
BlueFlame

Maybe the best workaround is to just force-lock the diff in the setup, if that's possible.
Eclipsed

I was mistaken. I was thinking about differential instead of suspension stuff.
BlueFlame

Could it be downforce related?

If I'm not mistaken, oval configs are a different aero package for the whole car and not just the absence of wing angle or spoiler size. I don't know how aero is calculated with a modded car E.X. if the base body has X value of downforce and the wing elements only add to that base value or whether the wing values = the entire total downforce of the car. If that's the case maybe if it cannot be a configurable option in the traditional sense maybe it would be necessary to make another version of the car for oval trim.

Could be worth a look.
scania

Linear/Trailing arm will work very close to it
Flame CZE

As per BlueFlame's request, I've increased the base & maximum steering lock from 20° to 35°, which results in a steering ratio of 10:1.
BlueFlame

I'll try it later with wheel but one thing I see in LFS these days is when you scale down the max steering lock, the ratio is compensated as you scroll the steering lock down, so the "sensitivity" of the ratio steering remains exactly the same, despite removing max lock.

It's been a while since I've driven LFS regularly especially since the latter updates after 2014 or so I'm wondering if this has always been there or if there is a way to solve it via mod settings especially since steering ratio itself is very driver specific.
Last edited by BlueFlame, Tue, 30 Nov 2021 15:44.
Flame CZE

And that ratio remains pretty much unchanged no matter what steering lock you set in the setup in game.
Flame CZE

THE WIZARD DK has created .knw files for all tracks with this car, so people can use the stock car for AI racing. There is a README file included in the archive.
Flame CZE

I have created a skin template PSD with the help of the new skin template generator in the LFS editor. It contains a wireframe overlay, mask overlay and base colour layers.

Othr changes to the mod:

- Updated default skin using the template generator
- Light stickers are now attached to the car body, not floating sligthly above it
Van Sterberkt

Hi Flame, this is a bit offtopic;

I read that THE WIZARD DK made knw files for your Stock car.
I'm very curious if he just copied knw files from XRR (and others) or did he modify these files? I'm looking for a way to edit knw files and thus ai behaviour.

Maybe he knows more about the encoding of knw files? The thing is, i can't find him anymore on the forum. Is he banned or something?
RE Amemiya

If anyone can edit knw files please let me know!!
BeNoM

oh yes, the sound is like original as we can see on tv.