Since its still one week until Round 2, I now open a serious request about the next track/layout. The layout flow itself is genius. I love the track, brilliant creative idea and nicely implemented.

But let's be honest about those speed bump curbs. They are joy-killers.
So my request is to have the following modification 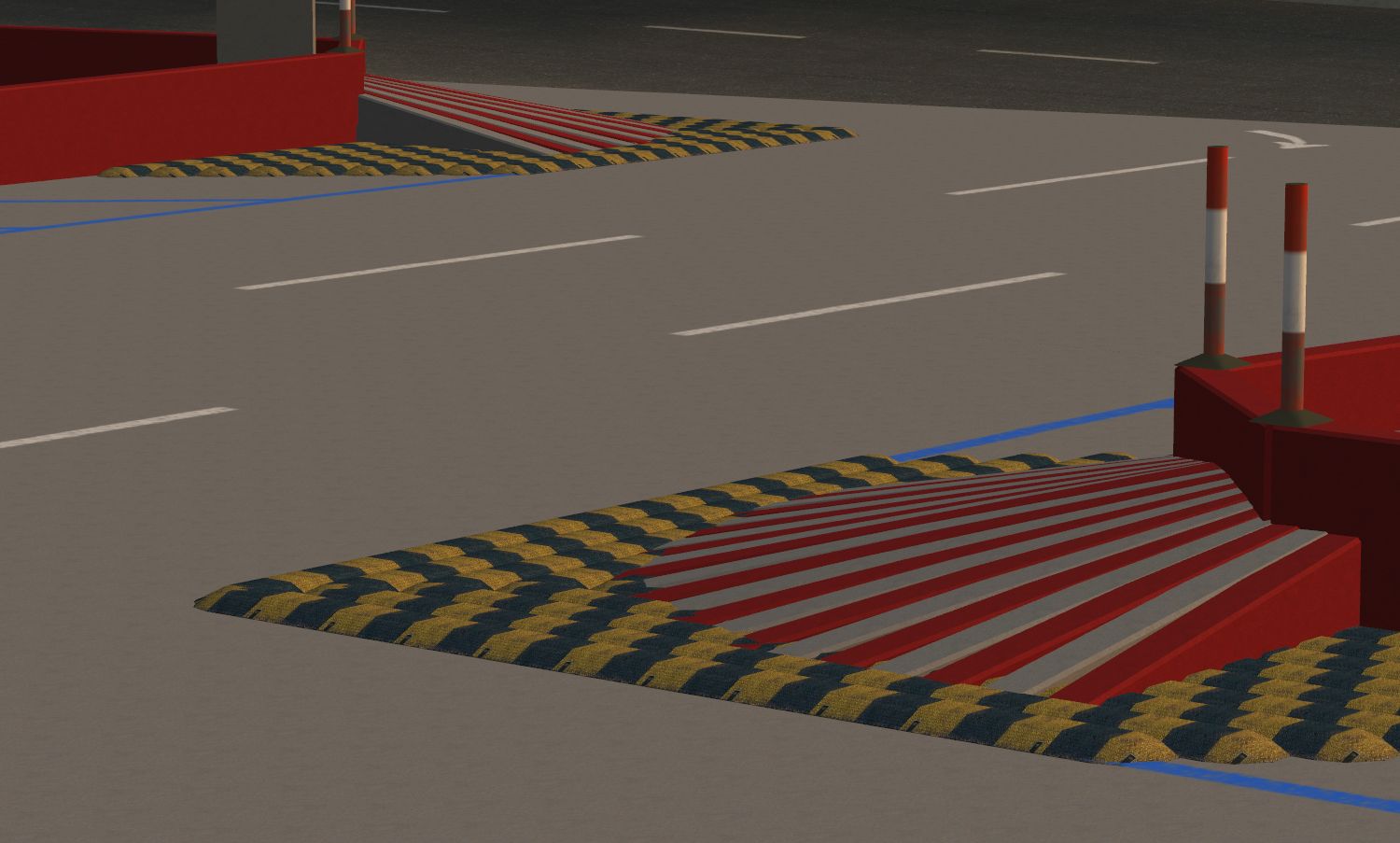 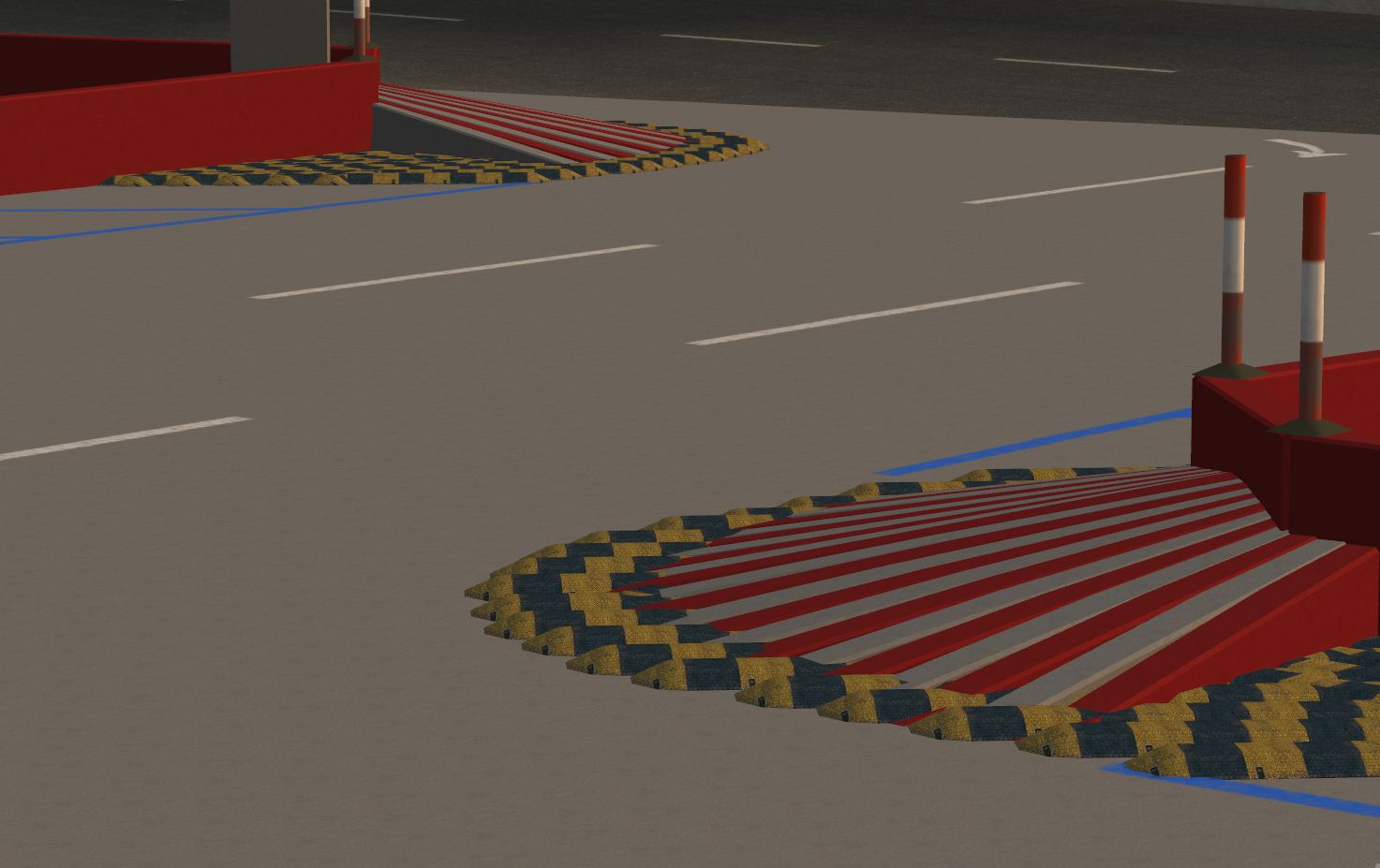 I tried your version and it seems like a good solution. But there is one drawback - it's the speedbump ends,that actually cause the damage to suspension and there are plenty of them to hit. I knew this for a while and been trying to avoid that (hence the way I made them).

I'm open to suggestions - feel free to test Luca's version and post your thoughts,there's still half a week time until final decision must be made.
Nicholander 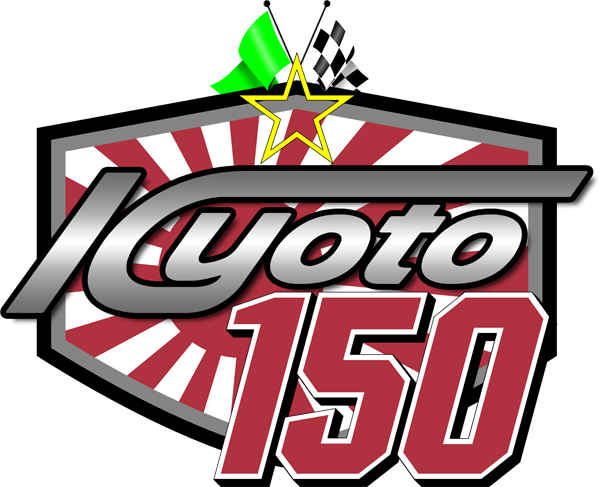 This sunday it's time for the longest course of the season - the Kyoto RGE Sprint 8-track is 2.37 kilometers long and consists only of 2 hairpins,chicane and a curve on concrete,which leads to one of those hairpins. Current server best laptime is just under 1m07s,so this round will have also the highest average speed,making the 150 kilometer distance faster to complete. There was a suggestion about slight layout considering the chicane,but unfortunatelly there was no public input to confirm or disprove organization's testing result about layout edits causing damage,so it has been decided that layout stands as announced from season start.

After one round being complete,there is still a theoretical chance of any new joiner taking the main championship with excellent performance without any outside help or coincidents. R.Kardol leads the standings after his round 1 win,but competition won't let him run away - still a lot of effort needed to take the championship. Same goes for teams championship,while nations cup might have the tendency of Finland running away with lead just like in VERL as the country is more represented as any other - still subject of possible changes with performance boosts and new entries!

Is this an invitation for Vytas?

Nope,just a coincident due picking an adjective for username. Why do people come on such idea?

In case someone forgot, this is starting very soon
Excellent15

Lmao I guess Im late for this.

what I shame, I was formatting one hard drive while I raced, and suddenly got popup window "drive formatted" and lost control of the car. So angry

hopefully laughing at this tomorrow
Eclipsed 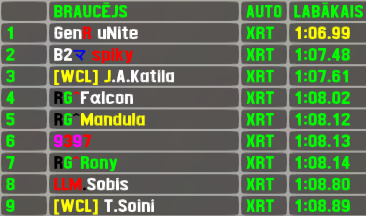 No you can still register and race. Join and give some challenge to the leaders seeing how United dominated the last round

Inspired to make my "edition" of the KY1X RGE Sprint 8 layout. Its kinda "nub" edition (it is easier to drive). Modifications in chicane and t1 (t1 is pushed more far so that braking area is easier). Also some small cosmetic mods. I post it here just to share a copy to Rony, use it if you feel its worth 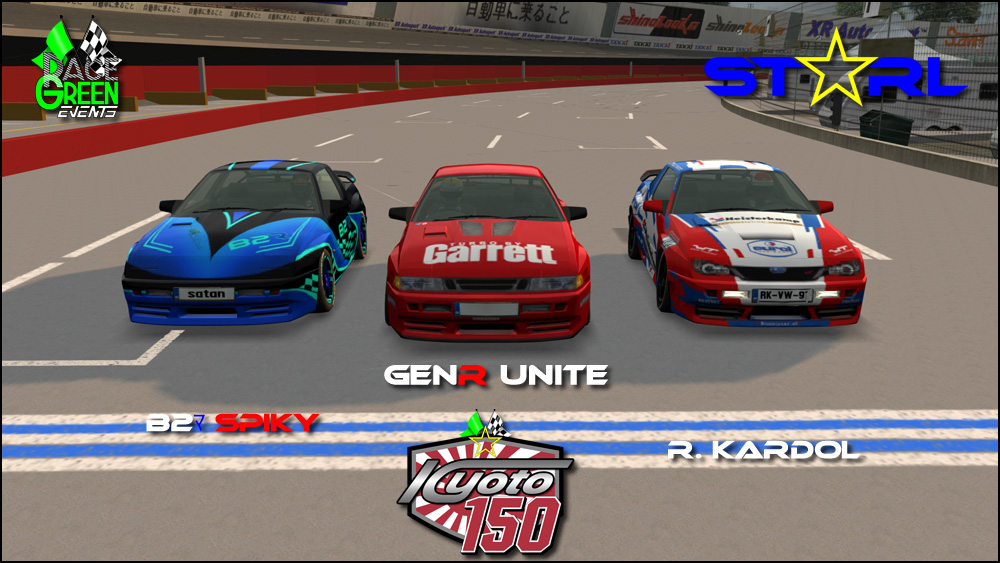 The 2nd round of the series went under name of a single driver - Unite was the fastest in all pre-round practice,qualifying and race,he even set a new track record during the race,in which he led every single lap. Polesitter of 1st round Spiky finished the race half a minute behind winner,he also never was really challenged for his position. The winner of 1st round R.Kardol missed the qualifying and was allowed to start due "top10 drivers may always start the race" rule. He started from back of the grid and climbed up to 3rd position,but run out of laps for chance to improve it. Remaining 2 top5 positions were taken by drivers who spent most of the race together - Falcon finished 4th as he found a way past J.A.Katila and could defend it also later in race.

After 2 rounds the standings on top of the table hasn't changed much - still same 4 drivers on top increasing the distance to others. But due win in this round,Unite has now table lead by 3 points over R.Kardol,3rd is still Spiky,5 points behind leader. With 51 points still to score,theoretically everyone is still eligible for title,but seeing same 4 drivers in top4 in both rounds,any outsider might have difficulties to overtake all 4 of them in championship standings.

Finland is already setting in confortably in leading position of nations cup,Netherlands is 2nd 20 points behind,chased by Slovakia with 2 points gap.

2 weeks after this round the series will visit Carribean Island of Jamaica for the 3rd round Fern Bay 150. The venue for this race will be the 1.6km short track named Club. Approximately 1/3 of the configuration consists of main straight,followed by hairpin,chicane and the trickiest part of the track - 90° right turn,followed by a downhill right hand curve,which ends into quite simple chicane. Not much turns to learn as always in STARL,but still preperation for the race will impact overall performance,as just taking hotlap setup and race does not work well on shorter tracks!
lucaf

Race start of round2 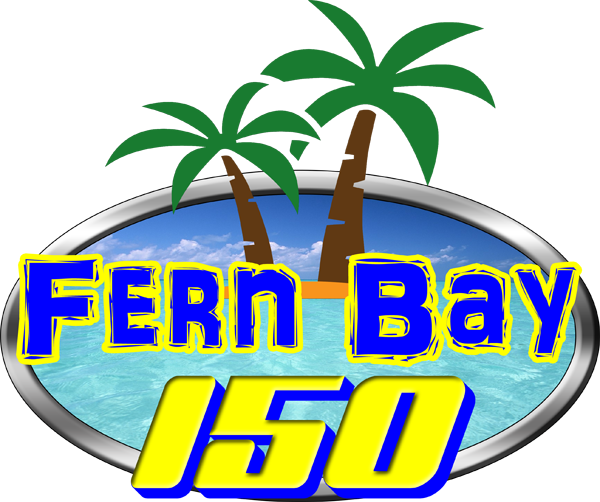 STARL is set to go to the sunny Carribean island Jamaica - the next round is hosted there in Fern Bay's shortest configuration named Club. It's a 1.6km short configuration featuring a hairpin,2 different chicanes and couple of elevating turns in the middle section. The last few turns will be deciding if there is a chance for an overtaking manouvre in the braking zone for 1st turn. The race will be 95 laps long,which still isn't the largest amount of laps in the championship.

The first two rounds of the series are showing the potential way where the championship could go,but nothing is written yet - history book is still mostly fresh,everyone can still make an entry of his own in it. The winner of 2nd round is leading the standings,the winner of 1st round is 2nd,while there are still another 2 drivers with close gap in points. The middle round will drastically lower the chances of championship of those who won't perform here.

There's a mistake in the announcement: the date under the logo is in the past

EDIT: thanks for the fix. Check the track info in the post as well 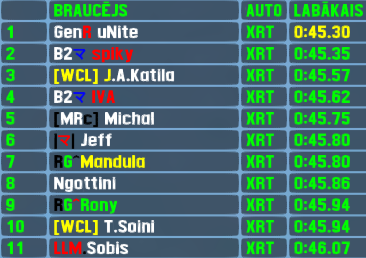 There was at least a bit of intrigue in this round - despit half of standings top4 not being present,the remaining half had their battle between themselves. Table leader Unite set the fastest lap in qualifying,but Spiky's qualifying laptime was just 0.05s slower. The even front row was a good chance for 2nd place starter to use outside lane of turn 1 to pass the polesitter and Spiky used it well. He could hold on for the lead for more than 1/4 of the race,but then Unite found a way to pass him and started to pull away proving,that his racespeed is better than his rival's. At the end win with 13 seconds gap over Spiky. J.A.Katila finished 3rd and last on lead lap,Rony and Jeff completed top5.

After round 3 the series is now Unite's to lose - he trippled his points gap over closest follower and now has 9 points over Spiky. These 2 drivers are now considered as only realistic championship candidates as the 3rd position is already 21 points behind leader with 17 points available in each of 2 following rounds. Despite not attending round 3,in 3rd place is R.Kardol,but he's ahead of Rony only because of tiebreaker (1 win),J.A.Katila is 5th and has a good shot of climbing up.

In teams championship the status quo remains as all top4 teams scored either 18 or 17 points in last round. RGA has their lead increased by 1 point and is now 7 points ahead of Yes. Both B2R and WCL closed up on Yes by single point.

In nations cup the situation is completely different - Finland has already practically wrapped up the title as none of the closer following nations have 2 drivers signed up for series,which is the only theoretical option to them to even have a chance for title. Finland is now 37 points ahead of Slovakia,Netherlands follows another 11 points behind.

After the trip around the world in last 2 rounds,START returns to England for final 2 rounds. First of them is in Corby - Rockingham speedway,where the 4th round will be run on Rockingham Handling configuration,but in reversed direction. It is the shortest course of the season (allthough only 25m shorter than previous round track) and therefor the race will feature the most lapscount - 97. Track features 2 different hairpins,a long sweeper which is practically the only righthander of the track,and an almost 90° turn as final turn,which probably will cause most problems. Due to relatively low average speed of the course,this will be the longest round of the season as race distance is expected to be completed in just over 80 minutes.
Spiiiky

Not really - I added all 3 points to those who have started all 3 rounds. It will be decreased if someone does not start. I have always used this method as it's a bit easier to calculate and also to see overall situation.
12
3
4
This thread is closed