* Layouts available as links/attachments
Each round will have a specific info post in this thread with all information of the round!
After round 4,no new sign-ups will be accepted. In last round only drivers received at least one point in standings will be allowed to participate!

Special notes on qualifying:
* In prologue round hotlap qualifying will be used,this means there will be no specific lenght of qualifying,every driver will run alone and have outlap and 2 hotlaps. Qualifying order will be determined by laptimes in server statistics insim (Airio) - the highest ranked driver will start his qualifying run last,lowest - first. Drivers without laptime in stats will line up in order after those with laptime in signups order. Race start will be approx. 10 minutes after qualifying.
* If there is no max allowed grid (40 cars),Drivers Championship top 10 drivers will be allowed to start from end of the grid if came late and missed qualification - noone else will be allowed to start without qualifying. In round 1 this top 10 will be taken from prologue's results.
* To qualify for the race drivers have to set a laptime during qualifying session within 112% of best laptime of the qualifying session. This does not affect championship's top 10 drivers as they may start the race without qualifying or with laptime outside 112% of best laptime.


Signing up:
In order to compete in STARL 2019,you have to fill the registration form below,providing all needed information (in case of no team to represent,leave empty):


Miscellaneous info:
We will not use any numbers,skin requirements or official names in our league.
Sign-up tracking and all the standings will be found in STARL 2019 spreadsheet.
Signed-up drivers will receive server information and password at least 24h before round start (usually in saturday European time) via PM on this forum! Make sure you have enabled PM receiving! Server will be online without password until then.
Series will be run using the latest stable version of LFS (currently 0.6U).
All information above can be changed,if so,there will be posted a notification about it!

300 laps of dirt oval. Absolute madman! Should be super fun with traffic though
MandulAA

all credits to lynce, i merely edited contrast and brightness to make it look a bit nicer. remember to backup the default file though as that texture is everywhere in westhill so everything else looks really weird.

Still to do:
Creation of points system (will be made in the week before 1st round of championship)
Yamma

Good chance I can join this sunday 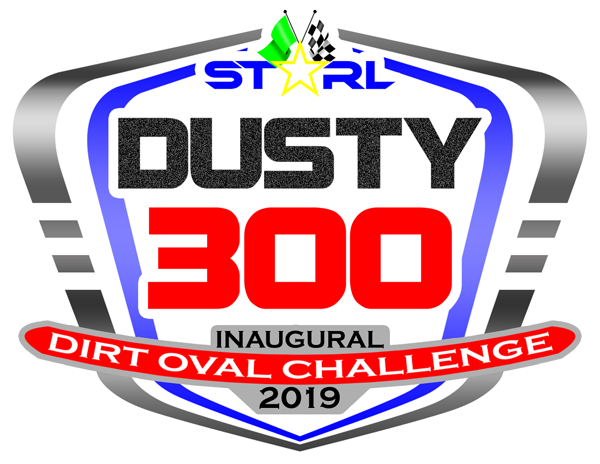 This is how you start a show - put up a great challenge,gather up drivers ready to take in and enjoy the action! Track is simple - it has 4 similar left turns,2 short straights and a bit of elevation and bumps,the trick is - there is no pavement! This means everyone should equip his car with knobblys and practice the best way to slide around turns - wheels in-line style will be slow here.

Traffic will be the key word in this race - even a laptime difference of half a second means lapping cars 6 times during the 300 lap race,as good average laptime is expected just over 23 seconds whithout traffic. The race in AWS using RB4 (link to results post with race replay) proved that the track features relatively wide ideal line,so drivers should expect lapping cars or lapped cars beside quite often without losing a lot of pace. Reminder - there is no rule that forces lapped car driver to pull aside and let faster cars by,the rule says that the lapped car may not block lapping car's pass!

As usually the qualifying system is different in ovals,as here only hotlap qualifying shows truly the fastest driver while on track this short traffic might become a huge issue. Qualifying order will be determined by laptimes in server statistics insim (Airio) - the highest ranked driver will start his qualifying run last,lowest - first. Drivers without laptime in stats will line up in order after those with laptime in signups order. Race start will be approx. 10 minutes after qualifying.

New entries will receive PM eventually at some point during saturday/sunday.
k_badam

Not taking part in prologue
Eclipsed

Server password for prologue can still be available upon request.
Spiiiky