I was afraid to see this happen when I saw the news that he had been taken to hospital last week... Sad to see this, may he rest in peace.
Inouva 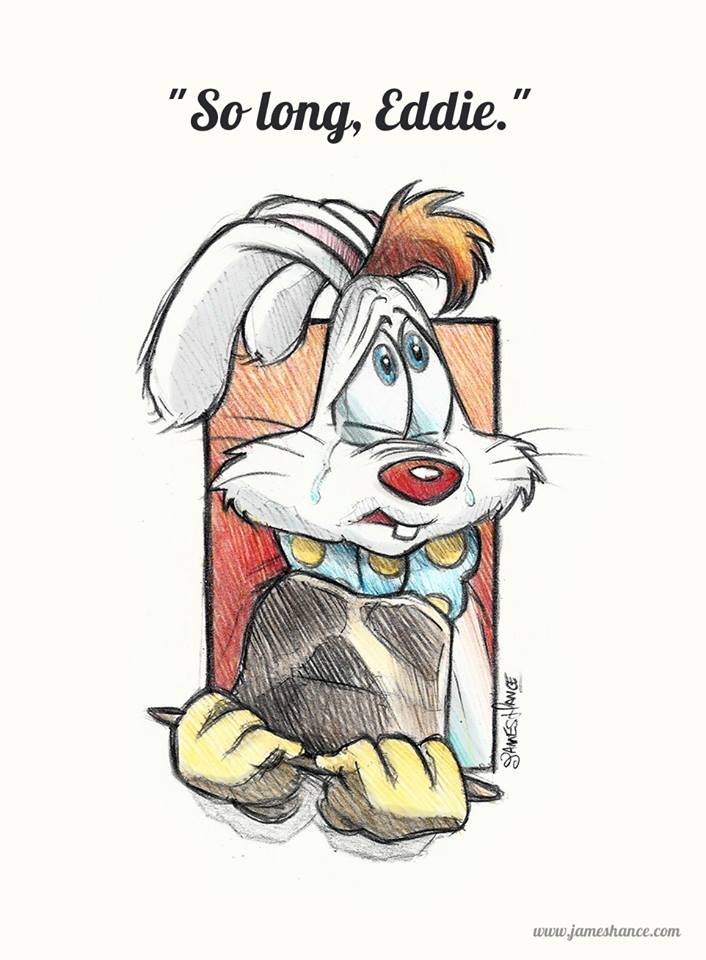 I was never that interested in car racing, racing teams, Formula One world championship driving and drivers; indeed, sports in general after my teens took a distant place in my interest inventory. In addition, I have always had a low mechanical interest and aptitude. I never did well in basic woodwork and metalwork, what we used to call “shop” in high school, and I had little interest in cars and mechanics, in motorcycles and, indeed, anything, any gadget or appliance with a lot of parts. If any of these things needed fixing it was off to the repair man. In my second marriage, my wife had a high mechanical aptitude and interest. She took care of all the stuff that needed fixing. I did not marry my wife for her skills in this area, but marriage to my second wife, a Tasmanian, has proved useful on many fronts, fronts I knew little about when we married some 40 years ago.

So it was that a person like Jack Brabham was an unlikely candidate for my poetic pieces in this the evening of my literary life. One evening, though, some five years ago, I watched with interest a brief life-story of Jack Brabham.(1) I'll post a few highlights from his life, highlights that had some relevance to my own life-narrative, and perhaps some relevance to others who happen to read this prose-poem, although when writers talk about relevance and readers in the same breath, they can make no guarantees that readers will find their words laden with meaning--any meaning.

Brabham enlisted in the RAAF the year I was born, 1944. He was then 18. In 1959, the year I joined the Bahá'í Faith, Brabham won the World Championship in car racing, after winning the Monaco Grand Prix. Fifty-five years ago, as I update this original comment I made on Brabham some 5 years ago, this racing legend cemented his name in motor-sport history. He did this by becoming the first Australian to be crowned a Formula One world champion. In 1962, the first year of my own travelling-pioneering away from my home town in Ontario, Brabham drove for his own team, the Brabham Racing Organization. I'm still travelling but, now, it's mostly in my head as I watch and observe, recall and comment on all that comes into my sensory emporium and catches my fancy. Brabham stopped any of his travelling on this mortal coil today. He passed away as autumn in Australia was about to enter its last month.

The 1966 Jack earned a further place in motor-sport history by becoming the first, and so far the only, driver to secure the F1 championship in a car of his own creation. It was a feat unlikely to be repeated. I graduated from McMaster University in the lunch-pail city of Hamilton Ontario that year in May. I had a BA degree in sociology. For the next ten weeks, after graduation, that summer I sold ice-cream for the Good Humour Company at 80+ hours per week. On average, new employees with the then famous ice-cream company lasted only two to three weeks because of the long hours. Good Humor became unprofitable beginning in 1968 and, by then, I was teaching primary school among the Inuit on Baffin Island.
-Ron Price with thanks to (1)ABC1, “Australian Story,” 8:00-8:30 p.m., 17 August 2009.

You were only a name on
the very periphery of my
life back then the 1960s,
Jack, along with Stirling
Moss & the many Grand
Prix racing-men around
the world. I had my hands
full just getting through my
days: my studies, my psycho-
emotional life, the embryo of
my career, & my new religion.(1)

I was simply too busy, Jack,
to include you in the many
constellations of interests.

You’ve become an Aussie hero,
Jack, and in a global civilization
of 7.3 billion there just may be
many millions who will have
their emotions stirred when
they hear of your passing today.

Goodonyer, Jack, goodonyer!
May your continue with the loves
you had in this life as you race into
another world with its own Formula
One.....Perhaps there will be several
new formula for you to get into???
Who knows, eh Jack, who knows?

Sad News to-day in the passing of a comedy genius Rik Mayall.:cry:
http://en.wikipedia.org/wiki/Rik_Mayall

Some of his best bits from BOTTOM (May not be suitable for younger viewers. You have been warned) https://www.youtube.com/watch?v=uzWYfIBkHHs
Last edited by jonmrbean, Mon, 9 Jun 2014 18:05.
DeadWolfBones

Loved The Young Ones. Sad to hear he's gone.
ColeusRattus

And Ramsey scored against City. The first thing I thought when I heard of Ms.Doubtfire death. RIP
MousemanLV

Not Robbie Williams!!
The Very End

Sad news, but the saddest part is that he chosed to commit suicide (it seeems) Many thanks for years of great music and my history. RIP
rosewood2

Up where we belong
Far from world below
RonPrice

John Robert "Joe" Cocker(1944-2014) was an English rock and blues singer who came to popularity in the 1960s in the first years of my young adulthood. He passed away two days ago as I write this personal retrospective.

He was known for his gritty voice, spasmodic body movement in performance, and cover versions of popular songs, particularly those of the Beatles. His life-narrative is divided into several phases, at least that is the pattern at that useful online encyclopedia, Wikipedia.

Cocker began playing drums and harmonica in 1959 with a group called the Cavaliers. I joined the Baha'i Faith that year. I was in grade 10, in love with at least 3 girls, and was a home-run king in a little town at the centre of Ontario's Golden Horseshoe.

I found the delineation of the several stages of Cocker's life in Wikipedia helpful in providing a framework for my own life-experience: 1959 to 1966, 1966 to 1969 and 1969 to 1971, and so I utlize that framework below. I'll leave it to readers who are interested in the evolution of Cocker's career to go to Wikipedia. In my case these 3 phases were characterized by:

1959 to 1966: finishing high school and university, finishing my adolescent baseball, hockey and football careers
1966 to 1969: finishing teachers' college, starting marriage, starting my teaching career, and moving away from home and hearth.
1969 to 1971: recuperation from first episode of bipolar disorder; moving to Australia

Mr. Cocker’s career began to take shape around 1965 when he and the keyboardist, Chris Stainton, formed the Grease Band which played in pubs throughout northern England before relocating to London in 1967. The year 1965 was also the year my own career began to take shape, and in 1967 that career began. While I was a student in my last year of a sociology degree, I decided to teach among the Inuit in Canada's eastern Arctic.

Cocker broke into the big time with his chart-topping 1968 cover of The Beatles’ With A Little Help From My Friends. He sang the song at Woodstock in 1969. His appearance there, captured in the 1970 concert film “Woodstock,” established him as one of pop’s most powerful and irrepressible vocalists. That song was released in October 1968 in the UK while I was in a large psychiatric hospital recovering from an episode of what came to be called bipolar I disorder.

Cocker injected some American soul into English rock-n-roll; he was the first white English singer to really sound black. Cocker moved beyond the fluid soul of Sam Cooke and jazzy extemporization of Ray Charles to just lose himself in the musical moment.

Cocker also came to Australia in October 1972, some 15 months after I did. Just as my career and personal life was taking-off in 1972, Cocker's was beginning to descend into the alcohol and depression mentioned above. By the 1980s, his wife, Pam, had helped him get onto the straight-and-narrow. By the 1980s, marriage, career and psychiatric treatment for my BPD, all helped to regularize my life.

“Up Where We Belong” resuscitated Mr. Cocker’s career in 1982 as my own career was also resuscitated by a job in Australia's Northern Territory as an adult educator in the small country town of Katherine. By the time Cocker passed away yesterday, 23/12/'14, he had millions of fans from his 20 albums, from Woodstock releases, and all sorts of activities on the celebrity circuit from 1988 to 2014. I, too, had millions of readers thanks to the developments of the internet from 1988 to 2014. But I was still a two-bit player in the world's celebrity minor leagues.-Ron Price with thanks to Wikipedia and several obituaries published in the first 24 hours after Joe Cocker's death.

I'm not in your league, Joe.
But I found looking back at
the road you travelled, and
the road I've travelled that
there were some useful ways,
means to make comparisons &
contrasts that throw light on my
own modus operandi......modus
vivendi, my own raison d'etre.

There was some crazy stuff in my
life-narrative, but nothing as crazy
as what you got into, Joe, in your
70 years of battling-away with the
intensities in your emotional life...
I had my own over-the-topness, too,
but was pleased to have moderating
influences of prophylactics1 from the
medical specialty of psychiatry which
have kept me from depression, mania--
all sorts of emotional imbalances in life.

RIP Uncle Dave, Was a good Uncle and left me a 1972 'stang and a tackle box in the trunk. Thx Unk. I can use the tackle but the car is beyond hope.
AtomAnt

I like the way you used "MY"..so people understand..Was talking bout me. You're just waiting for Dylan to die so you can take cred..I'd venture to say, without goggling it..you couldn't get through three verses of any Cocker song..post up, you're almost winning.
AtomAnt

No body chooses that recourse, forced into yes, failed to see ones own life in a failed attpemt...yup, the mind will fool you..well not you TVE, we all know how stable you are and I say that with love and respect.

Look at it this way..least he didn't off his family before the bugs in his brain got him..metal health is no joke, you should know that :P
AtomAnt