i was just on ws.c aston cruise when something epic happened. I was getting some admins to ram me. Then i decided to change my name and the damage on the car started changing. The more i changed my name the more deformed the car became. look at the replay sry for the length but it is a funny bug. Scawen i blame you :P
jokes
Just i was doing it again and i went into the pits and it flew off. Then it started saying finished refueling tons of times and then it said this SIZE : OVERFLOW - WS.T • Luke
No one else on the server has ever seen it before
http://www.mediafire.com/?mve1f9hdo2g

yes i was there lol that was funny.
I wish i could of done it

But it is soo funny well worth the replay length

haha worth watching gonna try this out soon :P
Luke.S

Yeah i think it's just a tiny bug with the physics.
JasonJ

Houston, we have a problem. Transformers invaded. 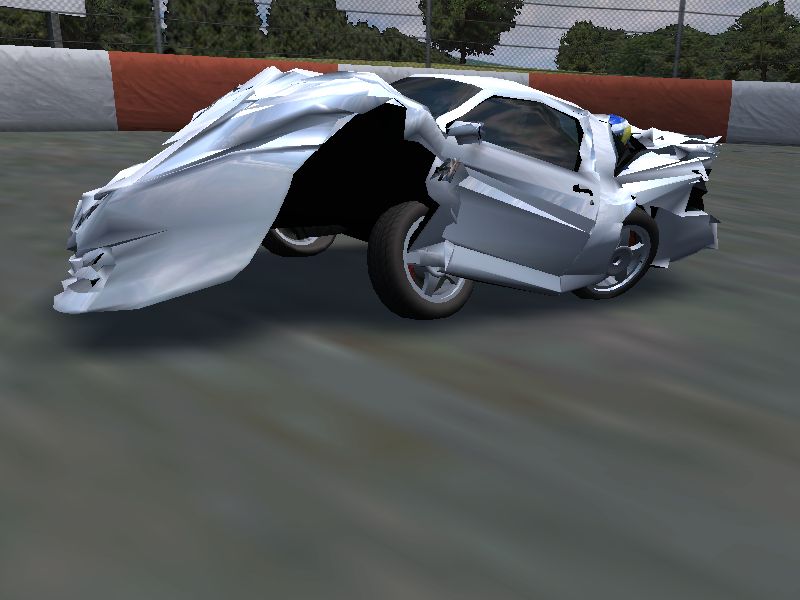 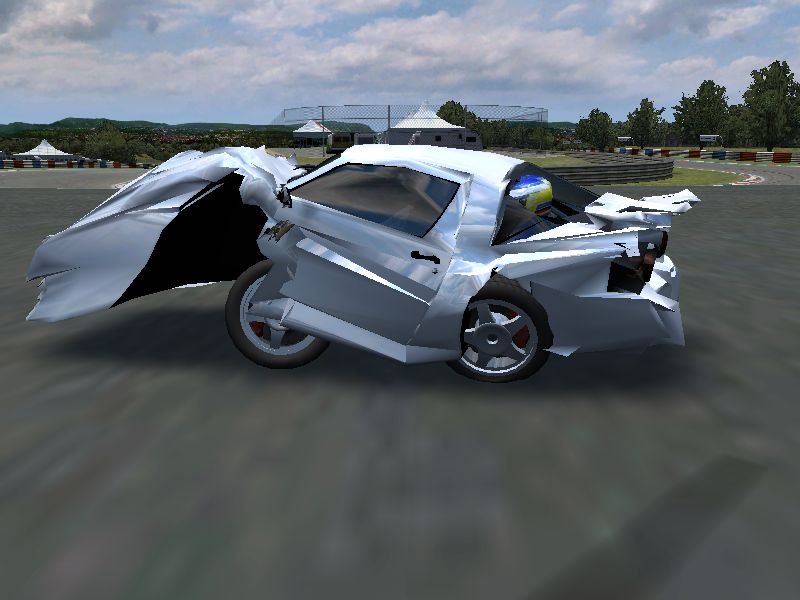 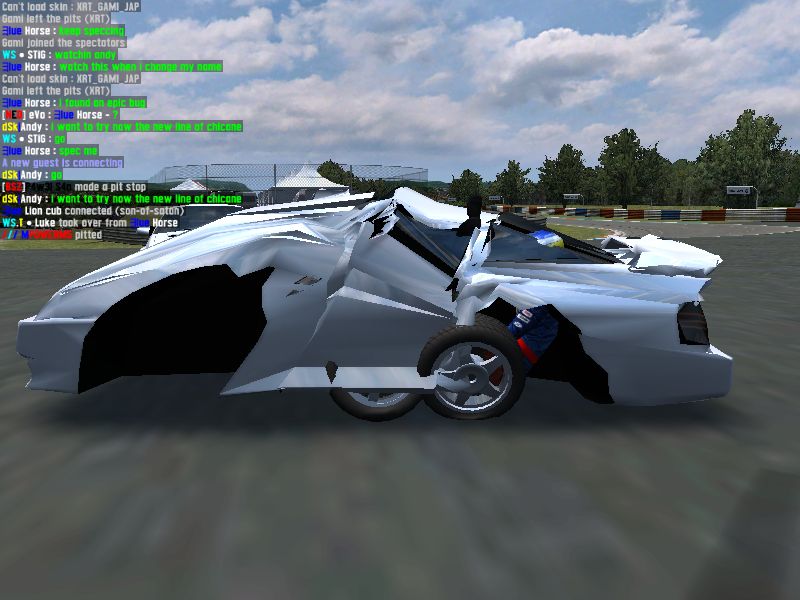 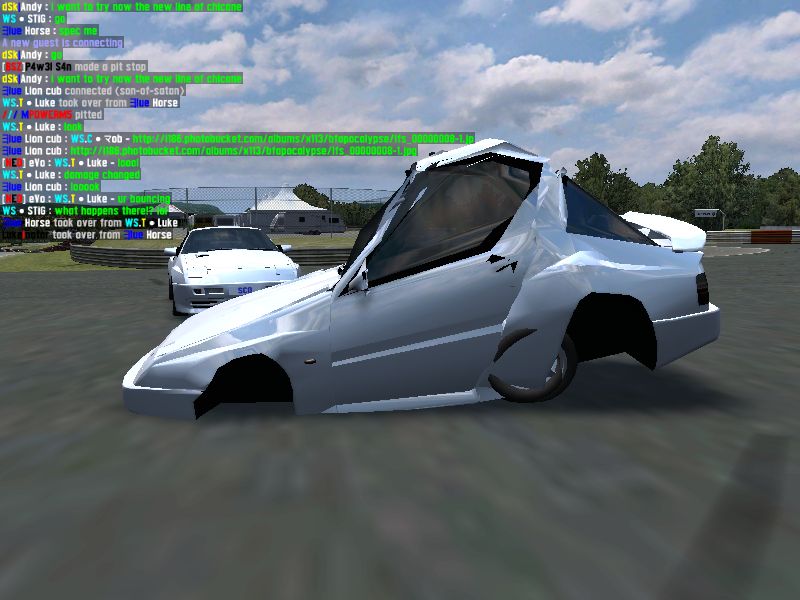 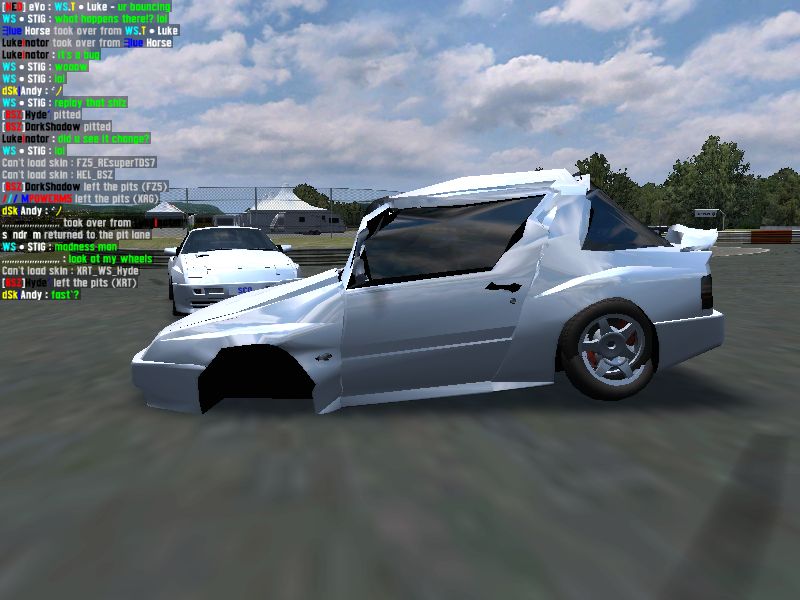 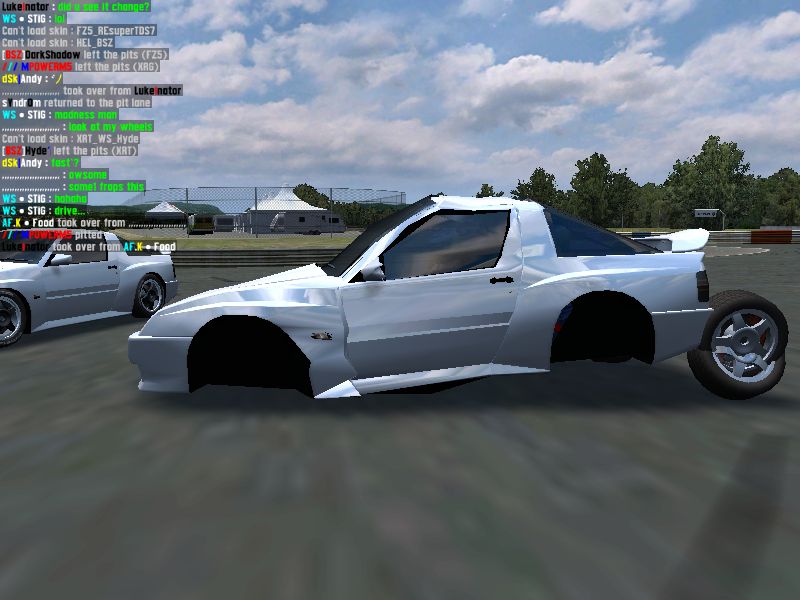 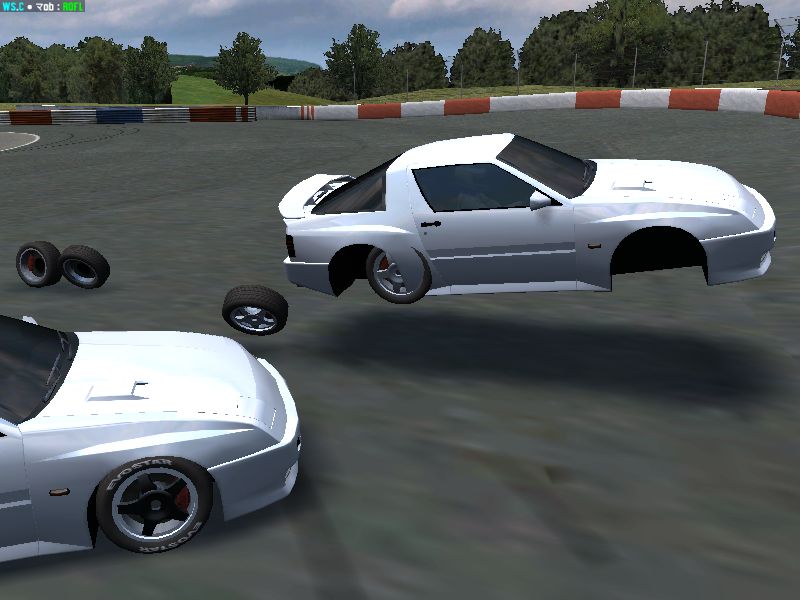 You should have mentioned you were using an extreme 'wheelie' setup where the suspension is at unusual etxremes to begin with.
Last edited by JasonJ, Tue, 17 Jun 2008 08:12.
Töki (HUN)

I tried again on single player with an fxo and hard track and the same thing happened. It seems to be worst with the xrt. It was epic though.
Stigpt

incredibly strong on the single seaters, heres how to reproduce it:

Get in a car
Damage the BODYWORK of the car.
Change drivers (not the name, create a new driver and change to it)

Everytime you change the driver, the damage you did on the bodywork gets worse. And the more damage there was in the beggining, the more radical the change is gonna be!
Stigpt

Shots:
I caved in the front (white skin to show off damage more easily than my black/yellow team skin)
1st shot is with the front damaged by a colission with a wall.
2nd is after the first driver change.
Then another series after, I damaged the front AND the rear (by backing up into a wall)

Then yet another small series, where I just caved in the BACK - you can see the nose "shortening", too.

Seems like on driver change, the bodywork damage values arent being correctly passed - seem like to be incrementing somewhere (from the looks of it, seems like theres a parameter i that is multiplyed by deformation to give the AMOUNT of deformation. That i is not being reset, and seems to bee adding to itself on each driver change.
Hopefully its just a matter of something like this:

In the constructor for the new driver

Quite a easy to make and common mistake

How did you do that?
Flame CZE

So do it again and again...
eight8acht

huh? doesnt work for me as i talked to luke yesterday i can't reproduce this one online. going to try it offline now :=)
eight8acht

I WANT TO HAVE THIS BUG ^^
Dajmin

Hmm, could it be that the damage storage is internally encoded/encrypted with the current player as key, and if you change the player then you suddenly get weird results because the key for the damage encoding is wrong

except it isnt... i got similar results with this bugs... as far as bugs go this one is the funniest ive seen in lfs yet
Fuse5

was also able to reproduce that.
That can keep me amused for hours!
The funniest examples from what I tried are the MRT and the LX6
Nathan_French_14

I was doing this on CLC with about 8 other people. Was hilarious!
Luke.S

It was like that on every ones screen.
wheel4hummer

I tried doing it on [TC] but they kicked me.

It is, but i still wear the tag. Its what everyone i play with knows me as now.