lol, watching the replay now, so much angry honking around 10th place in laps 3-5
lucaf

Please practice the layout in advance, otherwise we will see cars upside down here and there during the race.

If there is anyone who would like to look after the race as a specator/limited administrator, would be nice.
Your job would be:If you feel this would be your job, you should contact me as soon as possible, or here or on the server.
Last edited by lucaf, Thu, 27 Apr 2017 13:55.
Spiiiky

I am really looking forward to participate in this one!
Kid222

I can help with admining, if i'll have time. If i can, i will come to the server before race.
lucaf

This is last call for the event! If server gets populated enough, it will be passworded earlier.

Its really recommended to practice well the circuit. Without optimal lines in curves, you will flip your car easily. There may be also a time level you need to reach to qualificate into the race.

Some hints to survive the race until finishEverything you need to know about the event, is written in the invitation/rules document linked in my previous post.
Last edited by lucaf, Sat, 29 Apr 2017 20:30.
zeugnimod

Can we do GTi next week again? Those don't flip that easily.

Stay off the curbs you noob!

Nice layout and well organized race again by lucaf! I had fun racing with Dz..something (hard name) until I flipped 2 laps or so before the end

Too much pressure from Dzidoris, eh?

Tonight's event was fun, okay sure I died on lap 3 but that was a lack of practise. Layout was really well made too. I'll definitely come to the next event!

The layout was an inspiration of the old 965 MRT Race layout made by myself and I must say, a good job was done remaking it as every problem the old layout ran into seemed to have been fixed with this!

Good work and congrats to the winners!
lucaf

Wow,never expected someone using a very old skin made by me...

^ This is some really well done infographics man!

Yeah, Spiky told it was made by you. Awesome!

And Rony's made skin from behind and top

Another well done report! I hope next time i can not forget about what i want to do.

I have uploaded the 45M replay of the qualification, if anybody wants to watch it of course~

Well if we get to the race, it started great again for me, with a pace that i was happy with but at 6th lap (and in the report pointed out) someone in the lead has clipped the tyre wall and they rolled to the road. While i was chasing [MRc]Michal i hit one of the tyres that was on the road and it upsetted the car and nearly spinned ... It costed me 1 place to the Jam 616 but no big deal we were just started racing

After some more close racing, at the beginning of 9th lap i did my move to pass Jam and misjudged where Jam 616 was and after my move I gave him no room to avoid and he pitted me which cost him 1 place and cost me 3... Sorry Jam

But after that incident i caught up with Jam 616 - [WCL]J.A.Katila - 9397 and if you ask me that 4 had the best bumper to bumper, blood boiling race in this event...
Annnnnd at the last corner of 21st lap what [WCL]J.A.Katila did was soo cheeky that got me off guard or should i say "on guard".... *buh dum tss*...
Jokes aside amazing battle with J.A.Katila, i thought we were evenly matched (even tho he was very damaged) and i know who to rival on upcoming events (and you Mr. 9397 as well... next time i won't be licking the wall and spin)

P.S: Here is my contribute to the race report:

I was so happy when I found your skin. Brought me back to my childhood

I'd like to give my view of what has happened with this, as I think it adds to the report quite nicely.

Firstly as a footnote though, I made a small <1m video of the crash from a few different angles, look in description for time and angles.

Before the turn of the collision I had to put my handbrake on as to not hit [WCL]T.Sonini, which gave BLB the chance to catch up, I knew he was close, however I did check my mirror just before the turn, to where I saw he wasn't too close to myself as I went into the turn, sadly however I didn't account for my lost speed with the line, causing myself to turn into the corner thinking I was okay due to my mirror check only to be crashed by BLB, I was mad at the time yes (That only helped me race more aggressively) but I also waited until everyone passed, even though if I put my foot on the reverse instantly I could've got out before Swissline. But into the crash I tried to turn through it, get my car around the corner to no avail, I was carrying to much straight line speed into that barrier, thankfully my steering was okay to carry on without pitting. Even though this was a race-ending crash for me in terms of position I'm not at all mad at BLB for it, the crash itself was an unlucky coming together of two cars, misjudgement on my part too, its racing at the end of the day on a tight track, it happens.

Now I know people might say that BLB could've broke as to not hit me, and yes I agree, but it all was in a small fraction of time, even I know if I was in BLB's shoes I wouldn't have been able to react safely.
Racon

Joined : Mon, 25 Dec 2006 11:53
Posts : 1334
Online at :
PiranMOTODestructionDerby
Awesome race, and brilliant race report. I've never had to defend so much in a single week of racing, let alone in a single race

No worries, it's all racing. If I'd have noticed sooner I might have been able to slow enough, the overlap was tiny

PS: Spiiiky, Rony: It was the janitor in a mask! Made me smile to see that on track

If this was a regular wide track.. I would say BLB is guilty. But this is not that case. It's like F1 in Monaco. When you let someone space on the inside you can't just decide to close it when he is already next to you. But that's just my opinion.
michal 1279

Hey 9397! Since you are great in doing user-friendly infographics, I made for you a Pie chart containing useful data about car preferences for next events 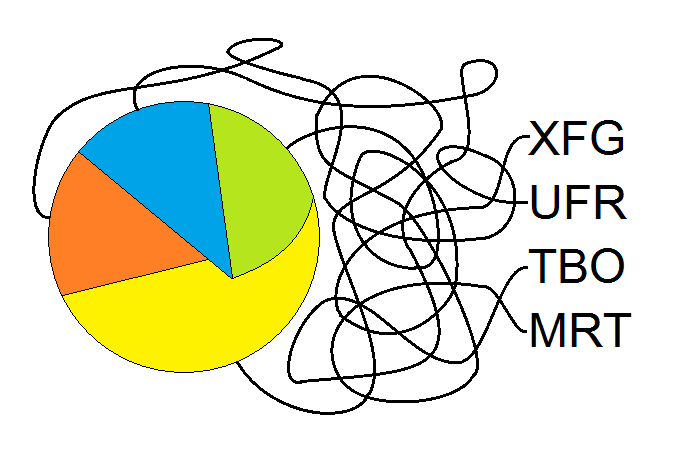 The UFR + curbs + barriers = upside down at some point, so I decided not to start.

Thx for organising, a well made track and a great race report too