It really doesn't, but it might give you an insight in to my sense of humour. Do you think I should replace it with a curriculum vitae?
DarknessPainF1

not worth the words to argue with you, you wanted reaction, you got reaction, now go back to Tetris.
Mustangman759

I have a suggestion. Buy iRacing... Maybe you will be happy with the h4rdc0r3 people
S.E.T.H

Unfortunately I can no longer take you seriously because I have noticed that you have sprinkled punctuation through your forum name and that tells me everything I need to know about you.
DarknessPainF1

You must be an idiot if you actually think someone is faster with the force mode on.
Robendo

Do you seriously beleive that using F mode while DRIVING gives you an advantage? Anyone that is any decent at all can feel how much they are using the tyres, instead of watching the bars and somehow adjusting towards how they look instead of just feeling it.

Yes, it is a nice tool to use for hotlapping and stuff if you are struggling with how to use the grip in a corner (by checking replay), but you should still be able to learn it just as good by FEELING it while driving.
Inouva

In fact, he is

I'm sorry but you can't buy it, you can only rent it AFAIK. Plus it doesn't have Force view so I will loose everytime.
Eclipsed

Imagine,how dissapointed would he be,if this evil force would be removed and everyone still would drive same pace and still beat him on track?

one notice: i have been beaten obviously but ive got the potential. i have never got kicked from a server. and experienced people told me that i was catious and know what is happening around me.
kart-36

And I've got over 100 wr's and I never use it.
I'm failing to see your issue with it...
danthebangerboy

S.E.T.H, Theres no way on this earth that F view makes ANY different to laptimes at all, if anything, its bloody distracting!

And furthermore, you are a complete boobatron for believing it ever could.

And for those that dont know what boobatron means... used to describe person or persons with less than average intelligence.

At first I really wanted to give you serious answers, pointing to you that your times are really what it should be for someone new, how you dont know all the nuances of racing (braking point alone can make 3 sec difference just like that)
But then I read the rest of nonsense you pulled here trying to back yourself up with misunderstood quotes from wiki and i lost it.

Its nice you can use wikipedia, too bad it cant think for you

First of all it would be ad hominem if not for the fact that people you are trying to prove wrong actually know something about racing, unlike you.
Now look here.

This is ad hominem.

This word you keep using... 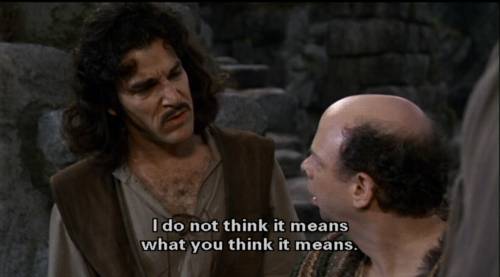 Well you see, your first post I quoted it is a typical logical fallacy. Why? Because it is stating that argument is ad hominem but in your reasoning why it is ad hominem you totally missed the fact that people who you are trying to disprove are the one who know more than you on topic that is being discussed, which is actually the point of the Jettascuba's statement and something that prevent it from falling under ad hominem category

now back to topic

You just don’t get it do you? this is a physics model not a console game its values are honesty and integrity and your “F” mode is a valuable tool in understanding the physical aspects of driving.
Get to know the game and its many functions and I am sure you will enjoy it and as for being pressed it may be because you criticised before understanding or asking.
Ask and you shall answered tell and you will be told.

Because it's damn amusing.

I'm sure I've read this before years ago, although back then it was about wheel view, rather than force "mode".

If you're faster with it on, that's great, but I assure it offers no more advantage to changing the FOV or any other camera related setting. Some people even race with the chase cam. We may mock them for being childish and breaking immersion but to be fair, they do have better vision around the car, so as long as they don't crash into me, I really don't care.

Nobody tell this guy about button clutches, macros or hacks. Then he might even have a point and it wouldn't be quite entertaining then.

no youre just slow

How is force mode supposed to make you faster? Personally i have the game setup so i can hear/feel when the car is starting to get loose.

Just practice some more S.E.T.H. and you'll get there. Don't worry about being as fast as the hotlappers, find some people who are around your skill level and have fun, learn from each other, ask some more experienced racers for some tips and setups to try improve your times.
DeadWolfBones

We never strayed from the topic, if you actually would read my previous post you would notice the line about how your times are what they should be for someone new.
If after a mere month you could spin times compared to WR that would put under question effort of everyone else who spend years on polishing car/track combo and setup.

Second is if you compare your time to demo players then you should know that most of them played it for years (As it is 3 cars one track they really had time to perfect it) and now they can drive it with eyes closed and one finger in the ass and still beat you.

Your expectancy of what your times should be compared to other players come from the fact that you underestimate everyone else and overestimate yourself.
S.E.T.H

you talk as if i blame everyone that is faster than me of using Force mode. no, i do not. there are faster people obviously. and i am for sure not the fastest. probably will never be. but this is not what i am talking about. there are still some people who gets advantage from it. and i dont really understand what you are against when i say it should at least be blocked on ''hotlap'' mode.