When you say you've maxed everything? Does that include the DSR (Dynamic Super Resolution) setting, what is that set to? I would love to know if your rendering at 4k but then downscaling too 1080p. If your getting that FPS with the DSR setting on, that would be amazing. What's the rest of your system specs for reference?
shmall719

"Man was never meant to see this fast !"
Me

LFS isn't Watchdogs, or any other terrible console port, so your framerates seem right.

Anyway, you only need 30FPS to get that cinemagraph feel. Anything over that causes nausea.

"Let me begin by saying that the minimum limit that our brain needs to perceive moving frames as a seamless entity ( a video) is 24 Frames Per Second. This is one of the reason 99% of Movies are shot at 24 FPS. Though this was originally due to Sound Hardware limitation of Old Cinema, it has now become the Cinematic Standard. The 24 fps of the Cinema Industry is roughly equivalent to the 30 fps standard of the Gaming Industry. When you see a video shot at 24 fps / 30 fps there are holes to fill and your brain automatically does this by literally creating stuff out of your imagination : also known as movie magic. The More frames you increase, the less you brain fills in, the less the “magic”."
http://www.minecraftforum.net/forums/off-topic/general-off-topic/423898-the-human-eye-can-only-see-30-fps-saying

Back to me, you bastard ! That's the setup I'd love if I could sell my children.
The 970's are a great price and I'd be happy with one. Still, for LFS, a bit OTT. LFS has only just moved on from Pentium 4 by embracing Rift, and there are now people complaining about the new 'high end video requirements' (Shader model 2......) 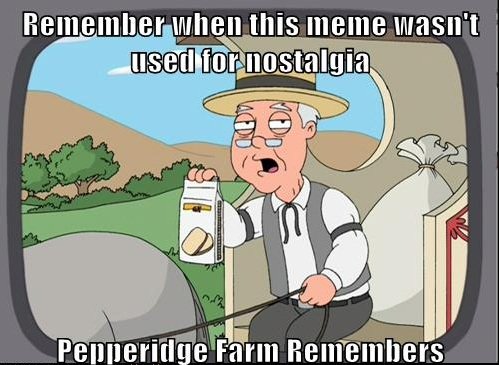 lol indeed. although i usually have games locked at 60fps for smoothness, but i am hardly likely to pull my cards out just so i can drop to 24fps lol...
this system is to play other games at high res and high detail, and for that its awesome

just thought I'd post my quick test on LFS, never seen a game score that high before lol

I am hoping to buy one of these bad boys but the prices in Finland are quite ridiculous, about 60€ air in the price at the moment on every 970 card.
Dygear

24 fps is the minimum that anyone can watch and get the sense of continuous motion, going from 24 to 30 fps is not that much better, but from 30 too 60 fps is a pretty big leap in visual fidelity for me at least. Going from 60 too 120 is pretty much perfect as to what my eyes can perceive and I've not noticed any change to an image generated from 120 too 144hz and I've not seen any true 240 hz screens with 240 hz content so I can't say much about that.
MandulAA

quality is not the same in both vids. The one at 30fps seems to have lower overall quality, and so the judgement is affected ^^

Yep, to anyone who is used to gaming competitively, difference between 60 and 120 Hz is obvious.
shmall719

what is obvious then? I have always raced online with 60hz and 60fps, never had a problem, always looked and felt very fliud, after all we can't see more than 60fps can we

but will give it a go after i have bought my new motherboard, cpu and DDR next

The "we can only see x FPS" is a myth - after all, our eyes don't work in FPS... Of course you wouldn't see any difference, as in your case the monitor is the bottleneck. If it cycles the frames only sixty times per second, you'll never see more than 60 frames (not counting any tearing) regardless of how many FPS your graphics card churns out - at racing speeds, you might cover meters between updates... 120 Hz is double the frames, therefore half the time between updates... Would you not agree that, provided the hardware can reliably output these high frame rates, this is beneficial in every way?
Whiskey

I have never tried a 120fps monitor, but I'm sure I would see the difference compared to a 60fps one.
edge3147

They actually make monitors now that operate in 240hz, which would theoretically give you up to 240 fps.

unless you are flying a fast jet I guess, I will try once I have upgraded the rest of my PC first, as with LFS I can get 1000 fps already lol

so an updated picture for my mind every 2"

getting a bit silly now

Ya in racing I can see it not being so beneficial but in a first person shoot, those extra frames might give you the edge when trying to catch someone peeking out from behind a corner or box.
Whiskey

At 60 fps you have an update every 16 miliseconds, reducing it to 8ms at 120fps sounds nice. From 8 to 4 maybe nobody would see the difference.
lilTume

do they even ship to finland?
fatalunfair

I went ahead and bought a GTX 780 Lightning anyways, 299€ and it includes Borderlands Pre-Sequel. Will use it until Pascals get released I think.
numbazZ

Wonder what's shmall's CPU, that FPS is quite tough to achieve without some serious CPU :P
shmall719