The track "Aston Club Cross" was specially created for All-wheel-drive Winter Series 2012 round 6 to have something different,
but still quite slippery in the Series' calender. Track mainly consists of tarmac and grass sections,but goes over some gravel
traps too. After some thesting,this is the final version and ready to make public!

Little guide through the track: 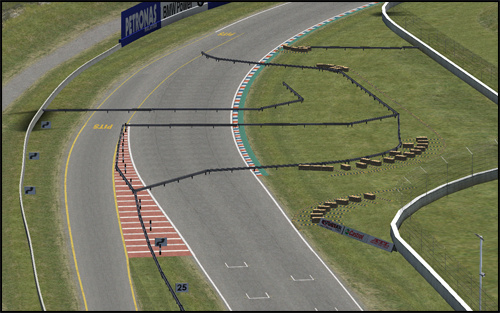 After start/finish line there's a quite tricky chicane on the wide grass section. Tricky because it's easy to misjudge braking point and if too much speed carried through 1st S-turn,it's hard to make 2nd. Section also features chicane after exiting pits,just to make sure nobody has chance to get advantage racing through pitlane passing the first turns. 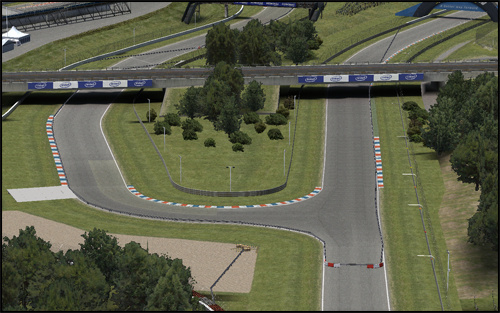 After little straight,there's a double 90 degree right-hander,followed by 90 degree left-hand turn and a wide right-hander with ramps to give a little air time in this track. 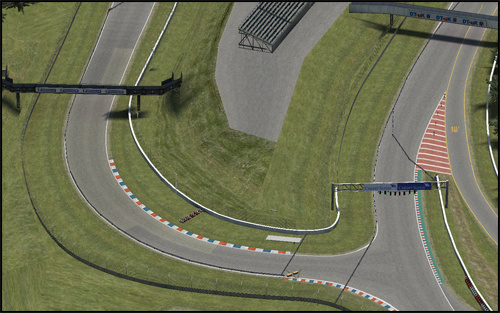 After crossing the tarmac track and split 1 on it,there's a tightening lefthander,which ends as a 90 degree turn. 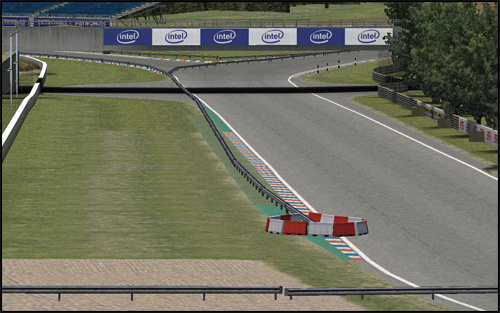 After a fast section on paved surface,there's a wide hairpin which leads the track on grass for another fast section. 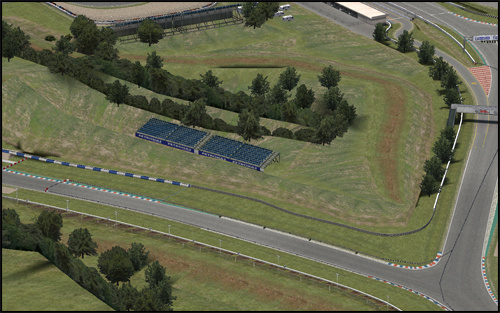 After a little left kink follows a tough downhill braking area for a double 90 degree right-hander. After it there's 2nd split,followed left turn which leads the track back on tarmac towards AS Cadet/North pitlane. 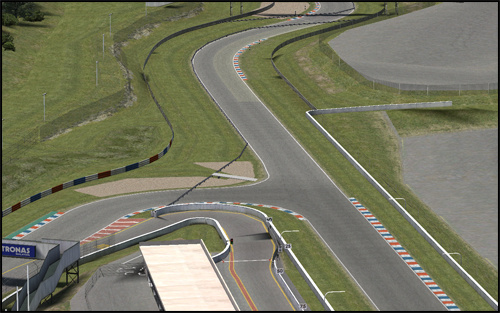 Tightest section of track is at the secondary pitlane exit - a tricky left-right combination after an uneven braking area,leading the track back to green sections. 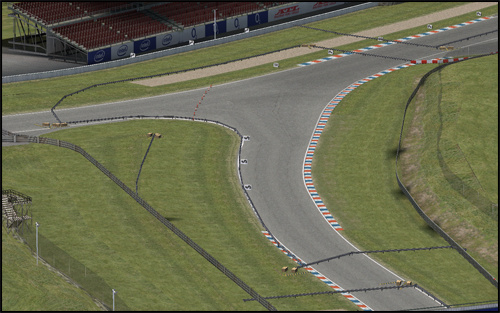 After crossing the road course and split 3 on it,there's a tough left-right combination,followed by wider same direction turns. 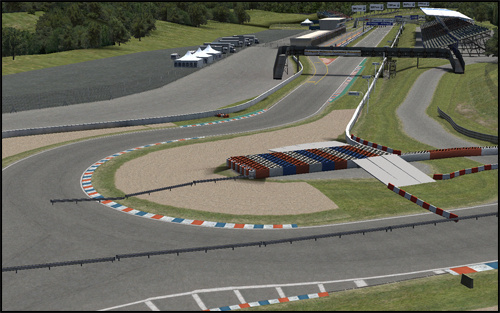 The final section features a tyre stack crossing,which is a pretty much blind section as you can't see anything than air when driving up ramps. In case of overshooting the ramps,there's an alternate route to be able to finish the lap.

Track basically is created for RB4 and possible to drive a lap in just over 3 minutes with this car. Never really tested with other cars.
(your chance to do so)

Ooo, what a track, interesting/tough one, tried it, overheated cluctch and flipped twice LOL
Eclipsed

Nearing season 2 of All-Wheel-Drive Winter Series,I had a plan to redesign it's round 6 track - wanted to make it shorter and with few more overtaking opportunities. In result track lost approx. 800 meters of it's length,which makes it estimated half of a minute shorter in terms of RB4 laptimes. 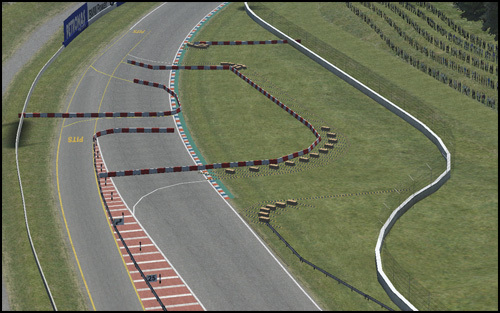 Turn 1 now is made slightly tighter and with less bales. 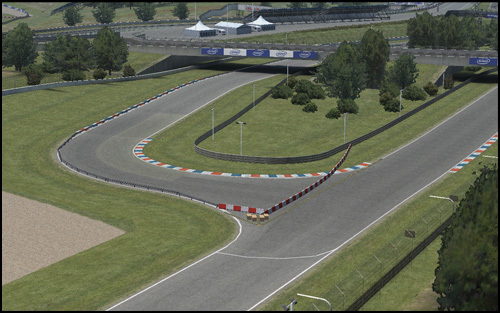 The double 90° right-hander with braking zone on grass is now removed and replaced by sharp right-hander with braking on tarmac while turn leads to grass section. Exit of the turn is very wide,but there is gravel trap,which slows the car down,so it's drivers decision wheather enter turn fast and loose speed on exit or the other way round. What's not visible on pictures - the switch from one grass side of original AS Club track to other,where also split 1 is located,now is made by couple meters wider. 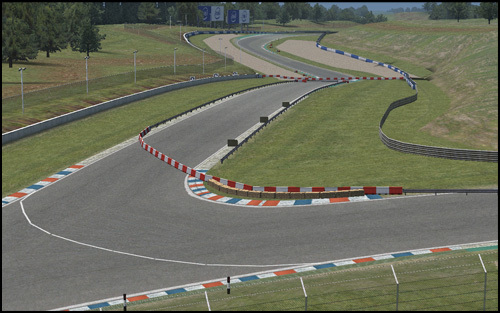 The part with 2 straights with hairpin between them is cut off,track now uses slightly customized AS Cadet Rev. turn 1,where exit leads on grass. 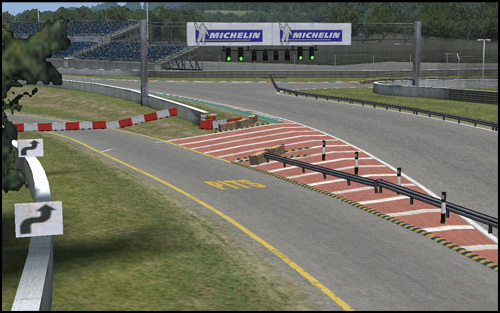 The new version avoids Aston's secondary pits with a fancy chicane. Wheather enter it from tarmac or from grass,could be drivers taste,as both ways are defined as legal. 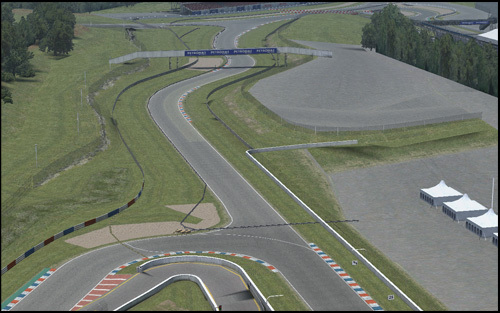 After Aston's secondary start/finish straight,where also split 2 is located,there is another chicane,which leads to track's fastest grass part. Fastest because one of the toughest parts of old track is removed - there are no 4 hairpins after each other,just 2 now left. 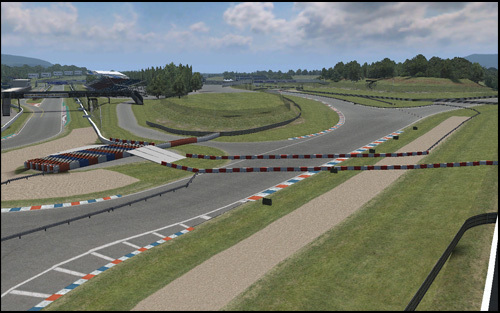 The final section also received an update - track is much more straight leading to tyre stack crossing with more speed,making this part more trickier on suspension.

Last part basically shows tracks nature - you can go faster and wear out dampers or slower and preserve the car. In races longer than 5 laps,the second option could be the better choise!