The survey was sent to every user who did attend at least one round of the 2022 Master Race car's E-Challenge Championship.

We got 23 responses (56% return) and a lot of valuable feedback.
Let's see what did you think about the championship:

In the first question drivers were asked to rate specific individual traits of the championship on a 5-point scale from great to terrible. 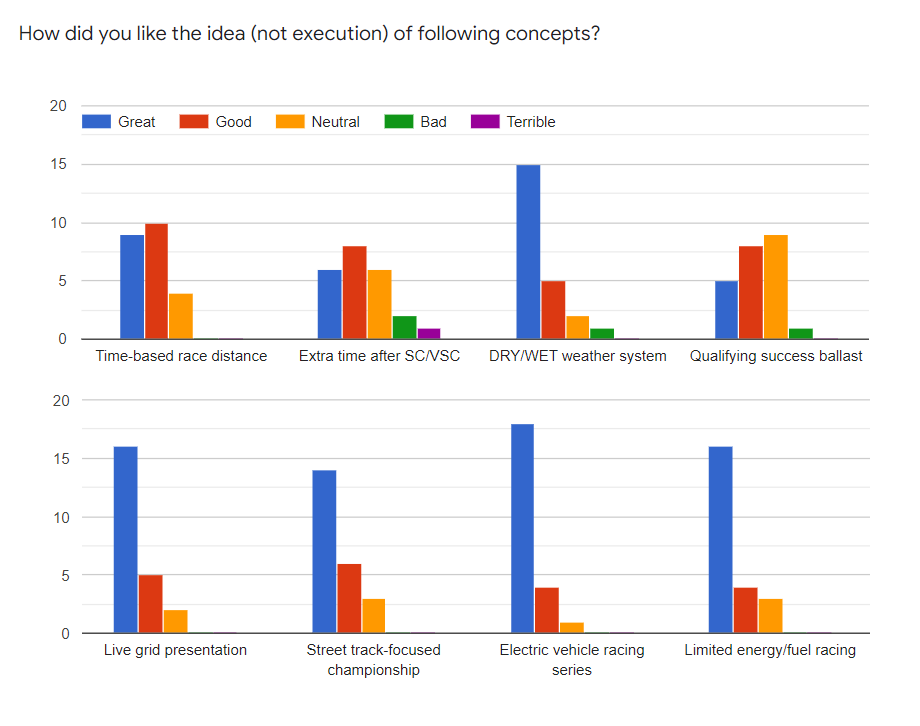 We can see most of the mentioned aspects were positively received. The only aspect where opinions are close to neutral is the qualifying success ballast, which didn't meet the expectations on the organisers side as well and is likely to be dropped from future editions. Rest is very likely to remain in some form.

In the next question we asked the drivers if the race was too long or too short.

It is clear drivers were mostly satisfied with the race length, which was a copy of the Formula E concept.

We agree that 3 races were not enough, but we had to be conservative this time. Also the fact only 20 competitors attended the final round (compared to 32 in round 1) suggests the number was "just about right" this time. Let's see if we can keep the drivers more engaged next time.

Next series of questions was aimed at the fake weather system.

The dry/wet weather system was highly experimental part of the series, and therefore we couldn't afford to deploy it in more sessions than we did. However as the system worked well and was well received, we do intend to keep and extend this system for future runnings.

Hard to make any conclusion from this, but despite the cold nature of dry R4 tyres they were the more popular tyre to race on.

Then questions aimed at our partners in crime followed:

And so does NDR (sorry Nova)

In the next question we asked the drivers who did not attend all three rounds for the reason of their absence.

Most of the responses are collisions with other real life events, which are indeed a higher priority. Some had technical issues that prevented them from attending or joined the series mid-season.
Some custom answers did leave a scratch on my head though. 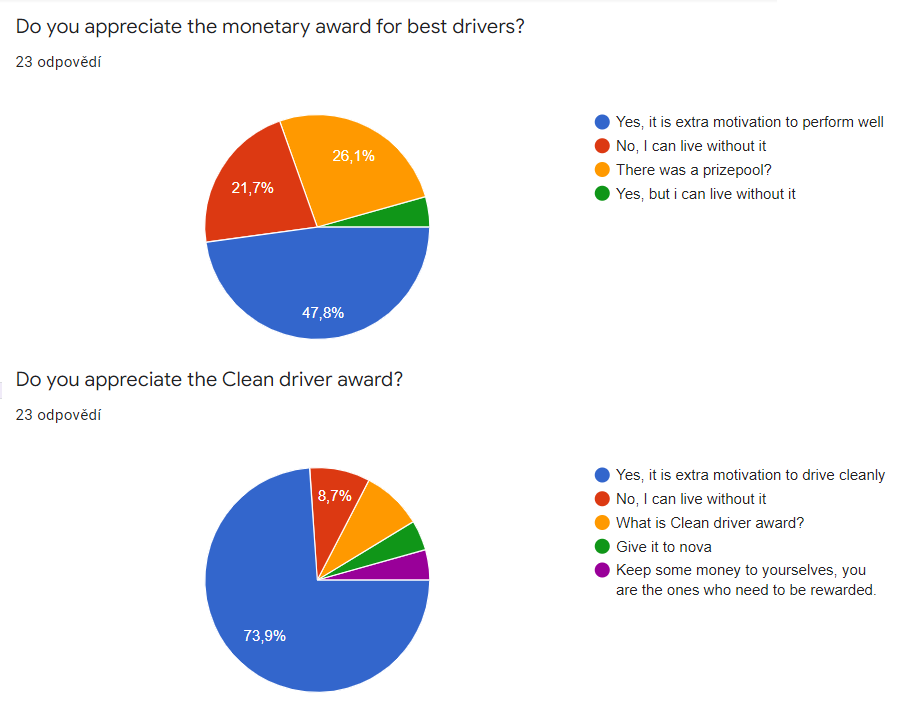 The Clean Driver Award was extremely well received, the Best driver awards a little bit less.
Open answers were available so more than 3 original options appear. We intend to keep some symbolic prize pool as long as resources are there. 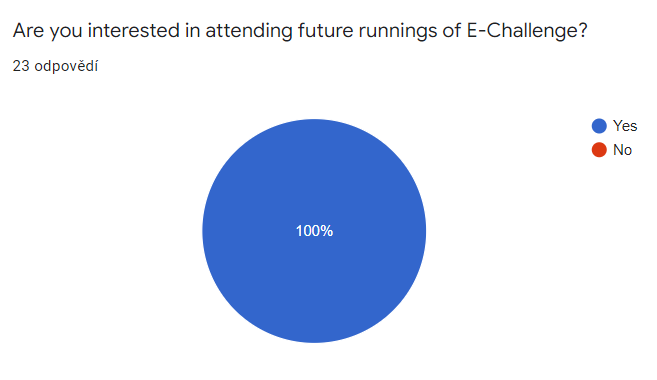 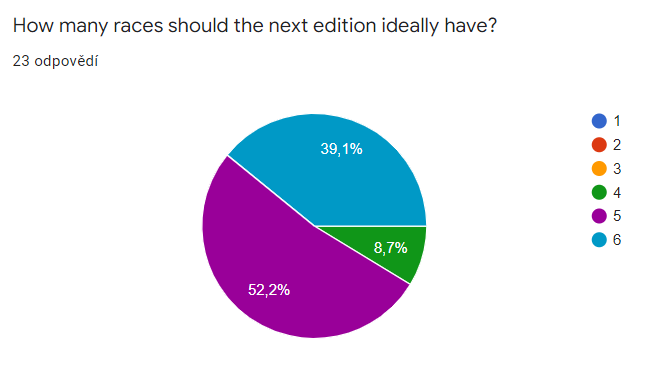 5 is about right, no? We will definitely aim for more than 3 rounds.

Although there were complaints about event timing, most responses would stick to the used weekend slot or run slightly later. Only one response was a mid-week day.

Wishes for next edition with open answers: 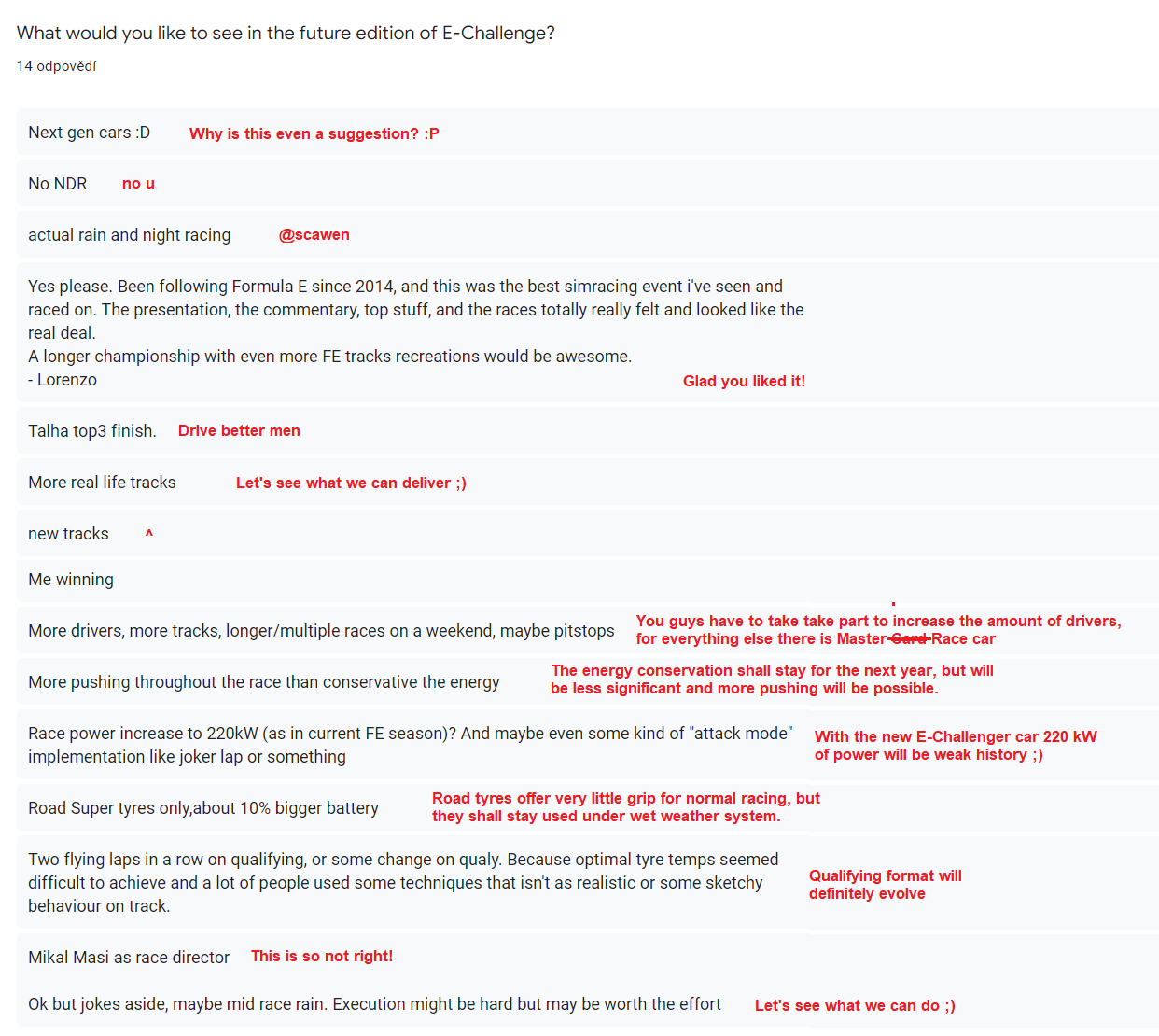 The competition vehicle was received rather well, although it had some small flaws that are worth fixing.
The next generation of the E-Challenger vehicle is already being worked on and looks very promising. 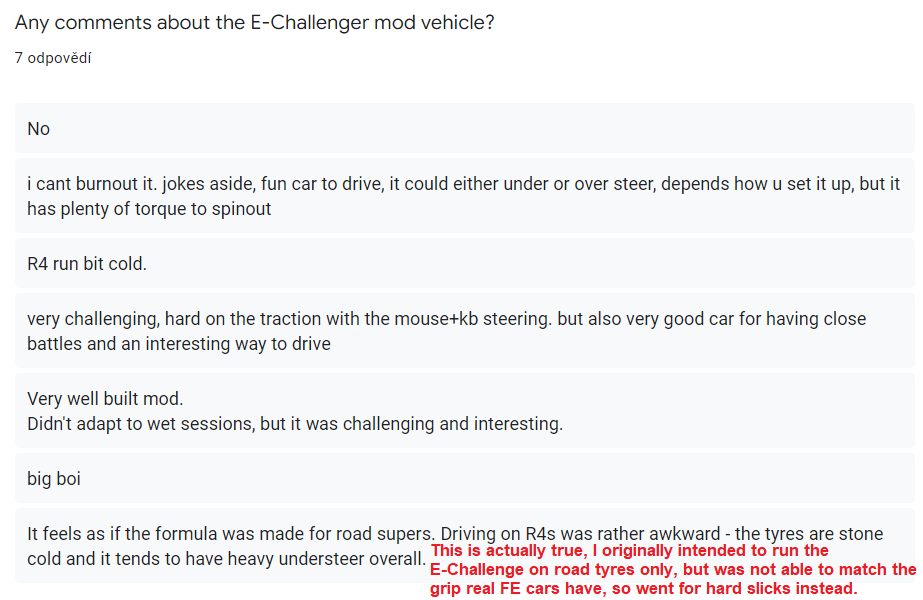 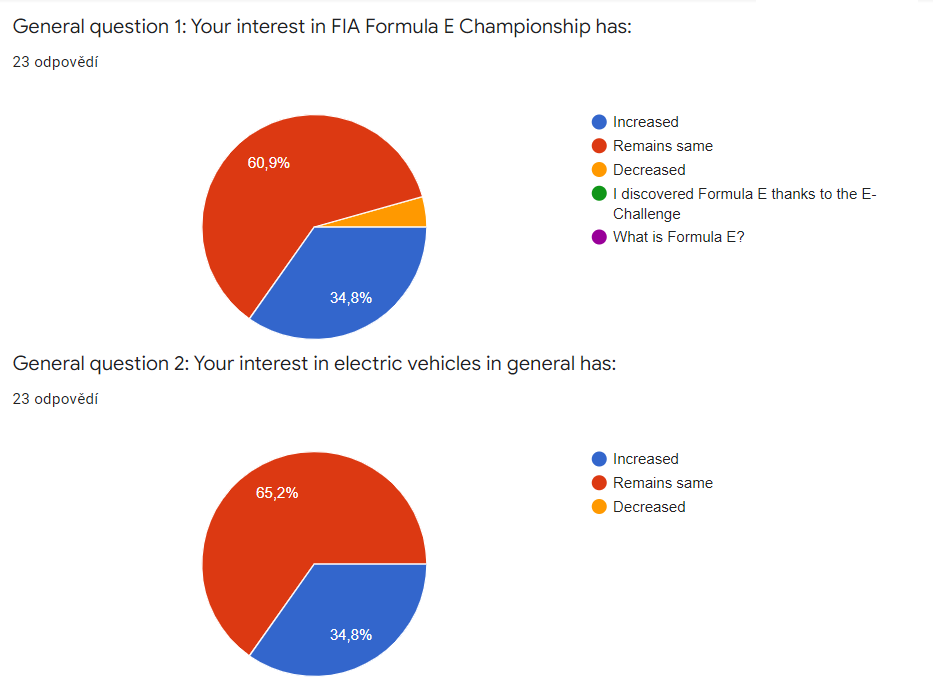 Looks like we made some positive impact after all 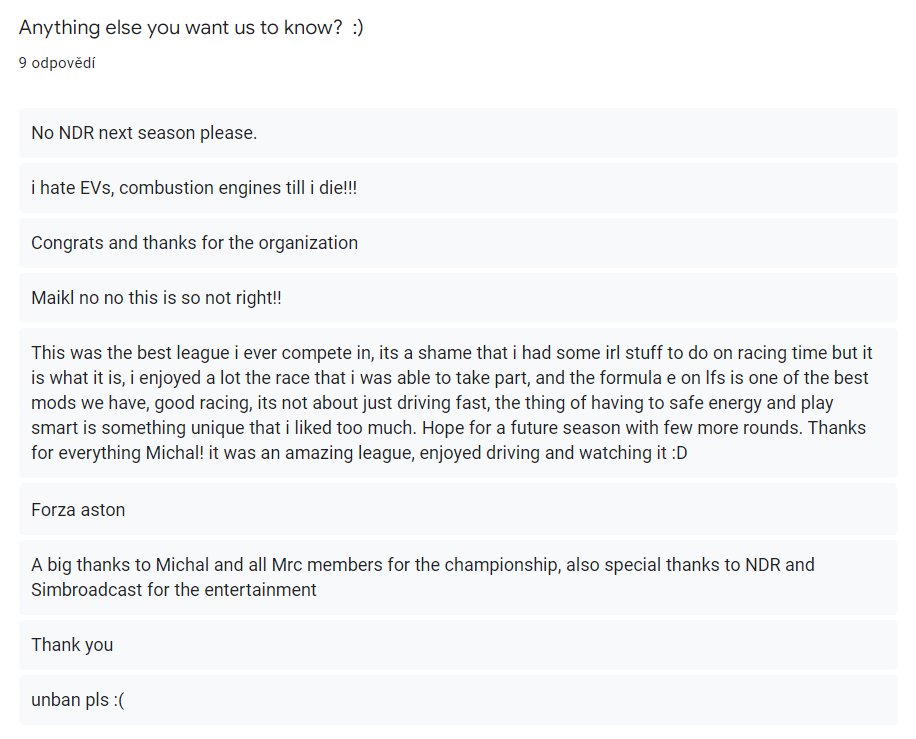 TL;DR:
2022 edition of E-Challenge was great, but we will do everything we can to make the 2023 edition even better! These survey results will help a ton! Thanks everyone who left the feedback to help shape the future of E-Challenge